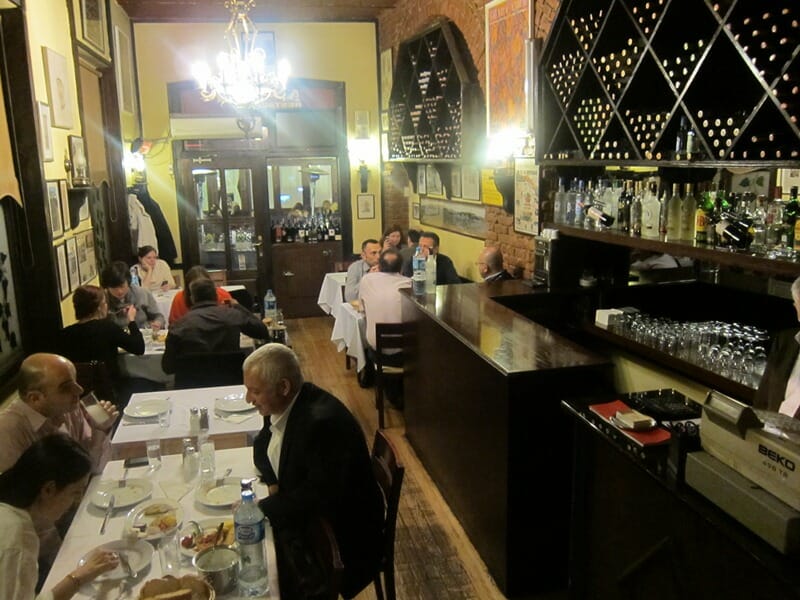 We can’t prove it, but we suspect a network of tunnels lies underground in Beyoğlu that connects most of the meyhanes of Asmalımescit and Nevizade Sokak to the same mediocre kitchen, resulting in unexceptional mezes at scores of venues in this dining district. Following a number of tips, our search for a standout meyhane led us to the unassuming Asmalı Cavit on Asmalımescit Caddesi, where we’ve consistently had outstanding food. This traditional meyhane bucks the trend toward mediocrity with subtle but significant tweaks that, for us, make the meal.

Asmalı Cavit does not overwhelm you with a monstrous meze tray. Most diners here seem to know what they want and discuss the alternatives with the waiter, sometimes creating elaborate scenarios according to personal preference. Owner Cavit Bey, ever-present in the dining room, looks after every table’s wishes. We have yet to hear him answer a request with the expression “maalesef” (“unfortunately not”).

Out comes the kryptonite-green deniz börülcesi, or samphire greens, which the waiter offers with or without a spoonful of crushed garlic. A true octopus salad drenched in rich olive oil and flecked with slivers of tart pickles is a must. Topik, often more filling than flavorful, is usually not our favorite meze. But Cavit’s version, served as creamy little chickpea cakes generously doused with cinnamon, defies topik-ness. 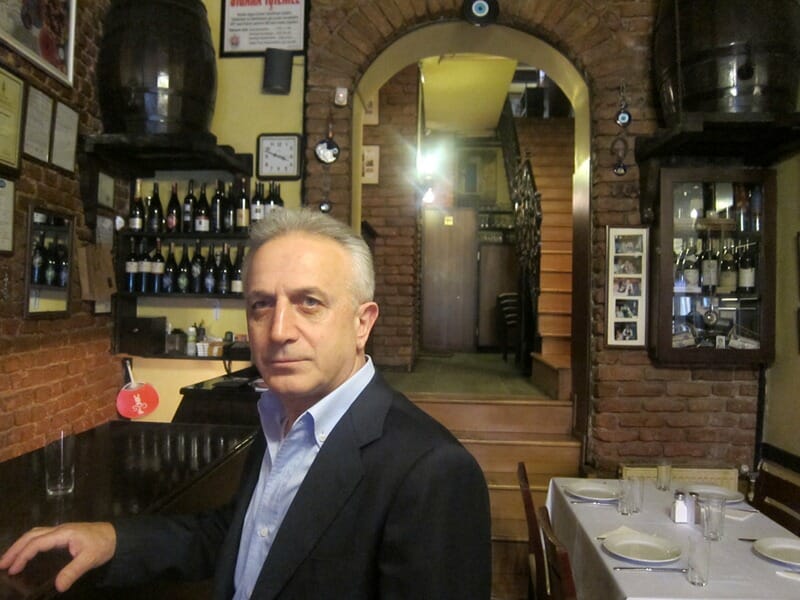 Ordering from the hot starters list is particularly easy here; we usually ask for a plate of calamari and yaprak ciğer, thin slices of liver fried with onions. Another standout is the muska böreği, a fried triangle of phyllo dough stuffed with seasoned ground beef and minced onions; although it looks like any old börek, it’s brimming with flavor. Meyhane standards like börek and liver are where we can easily identify a meticulous or lazy kitchen. Asmalı Cavit’s game is so tight on the hot starters, however, that on a few occasions we’ve ended the meal there, not wanting to risk disrupting our state of intense satisfaction with more courses.

But beyond the starters, there is also excellent seasonal fish and fine köfte (meatballs). On one visit, we had the season’s last hamsi, which Cavit gladly made to our specifications. Our favorite preparation of Black Sea anchovies is hamsi kuşu, which calls for two butterflied and deboned anchovies pressed together, battered in cornmeal and lightly fried. With such small fish it is fussy work but it promises a delicious result, as was the case at Cavit. The high-maintenance hamsi, alongside three thick, unadorned cuts of grilled palamut, or bonito, reflected the range at the restaurant.

The kitchen will gladly go the extra mile for the finicky customer but, more than that, it’s the use of fresh, high-quality materials prepared simply yet with great care that distinguishes Asmalı Cavit from most other meyhanes. Unfortunately, that’s a method many places in the neighborhood seem to have forgotten. 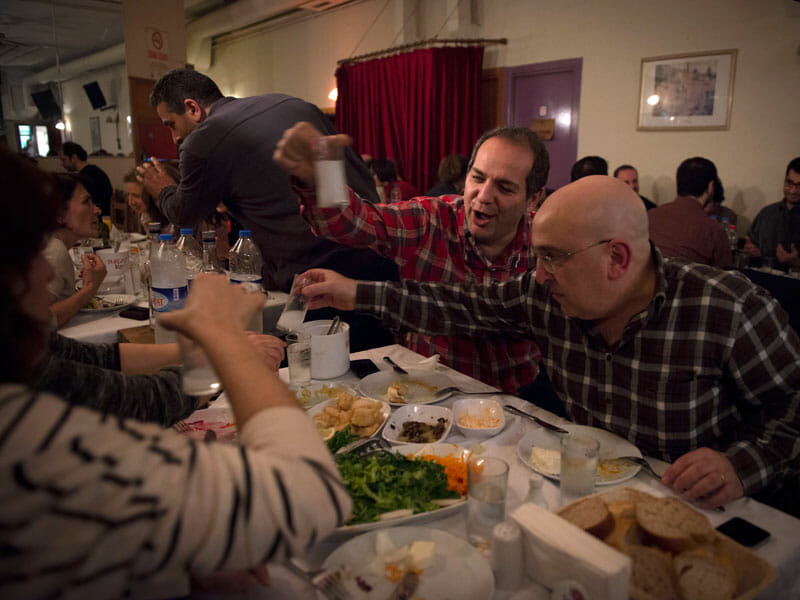 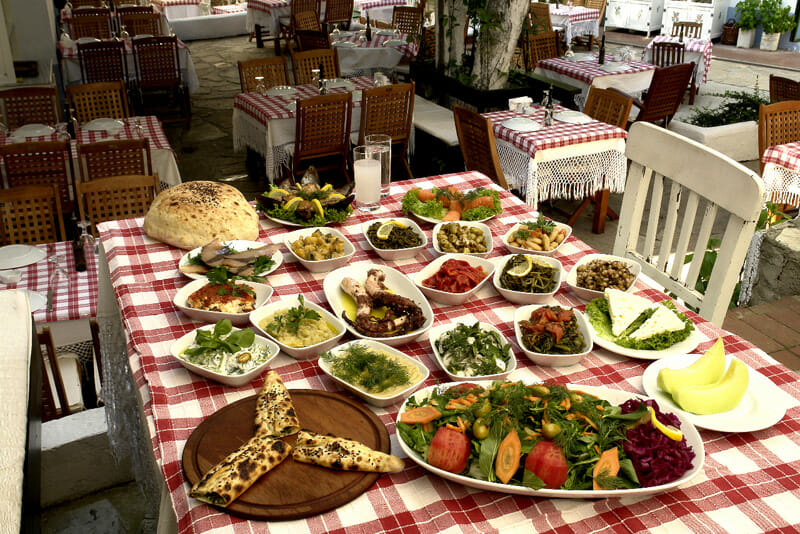 Istanbul | By Istanbul Eats
By Istanbul Eats
IstanbulCall it the Sultanahmet Squeeze: How to stay close to the monuments of the Old City yet avoid eating in tourist traps? We get asked this question a lot. Since the Sultanahmet area is primarily a tourism zone, locals-only haunts are few and far between. At most restaurants, prices tend to be higher than usual,…