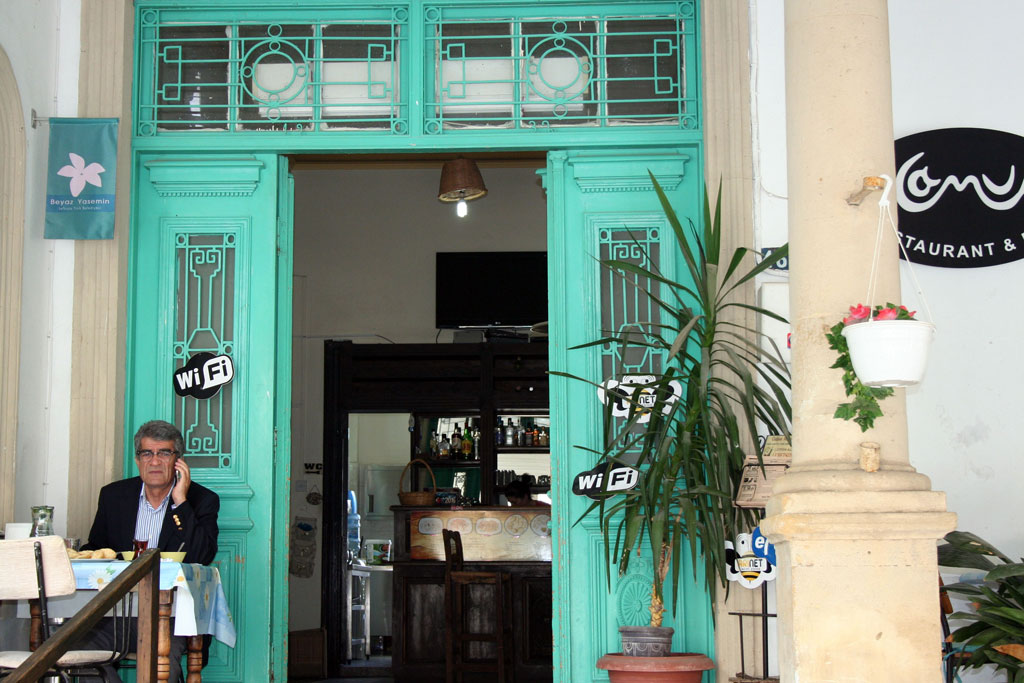 Turkish Cypriot Hülya Çavuşoğlu had always been a good cook but had never thought about making it her profession. That changed in 1995 when, looking for a change, she quit her job in a government office and started a business making and delivering home-cooked food, specializing in mantı, a dumpling found throughout the Turkic world, and börek, stuffed pockets of dough.

Business boomed, her husband Ahmed gave up his job as a tailor to do front-of-the-house and they moved to a tiny shop with four tables, naming it Hamur, which means “dough” in Turkish. Located just outside the old walls of Lefkosa, the slice of Cyprus’s capital located in the breakaway northern part of the island, it’s a remarkable little restaurant, serving the freshest of handmade mantı and börek to everyone from students to diplomats trying to negotiate a settlement between north and south.

The restaurant moved to its current location in a converted neoclassical house just beside the Ledra Palace crossing between the Republic of Cyprus and the Turkish Republic of Northern Cyprus in 2002. It now has three cozy rooms and 25 tables, all of them decorated with handwritten notes on napkins from customers praising the food and atmosphere. Ahmed died two years ago, by which time he had become a Lefkosa institution, able to charm customers in Turkish, Greek or English. Ahmed’s condolence book in the restaurant is full of tributes from customers, including top-level negotiators. “He was a big loss for us and we try to make it feel like he’s still around,” Çavuşoğlu said. 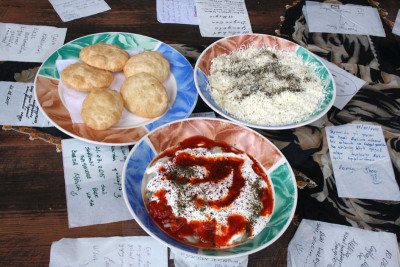 At Hamur, the dough for mantı and börek is rolled by hand fresh every day, and all of the ingredients come from local producers. The finished product bears no resemblance to the stale and often greasy versions of these staples you sometimes find in other restaurants.

“Everybody loves mantı and börek so it’s often hard to keep up with demand,” Çavuşoğlu said. “Our secret is that the quality is always great and always the same – we keep our standards high.”

Mantı – the smallest of the dumplings – come filled with minced beef, chicken or lentils and smothered in a wonderful garlicky yogurt and tomato sauce. Pirohu – the next size up – are stuffed with salty hellim cheese and sprinkled with soft white cheese and mint (and, as the name suggests, bear a striking resemblance to eastern European pierogi).

Börek – dough parcels that can be deep-fried and puffy or griddled – are filled with onion and hellim, minced beef, spinach or mushrooms. There’s also a sweet version with soft white cheese.

Fried gözleme flatbreads come with the same choice of savory fillings, or in a specifically Turkish-Cypriot sweet form.

Everything is so fresh and tasty that you can’t stop yourself from eating just one more or ordering another round with a different filling. 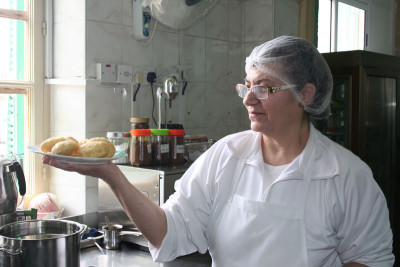 You can eat copious amounts of good food at Hamur for very little money, which might explain why it’s so popular with students. “It makes them feel like they’re at home,” said Çavuşoğlu.

But students aren’t the only customers. The restaurant’s location beside the Ledra Palace Hotel, which houses part of the United Nations Peacekeeping Force in Cyprus and has been the site of meetings between Greek Cypriot and Turkish Cypriot leaders, also makes it popular with peacekeepers and diplomats.

If and when the Cyprus issue is finally resolved and the island’s two sides reunite, we would like to believe that Hülya Çavuşoğlu’s stellar dumplings had something to do with it. 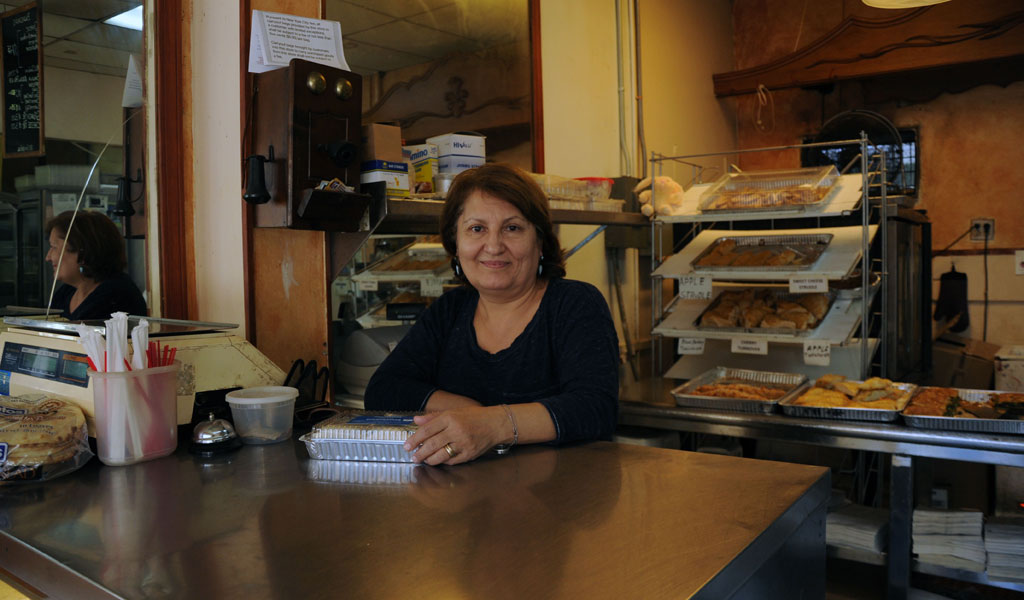 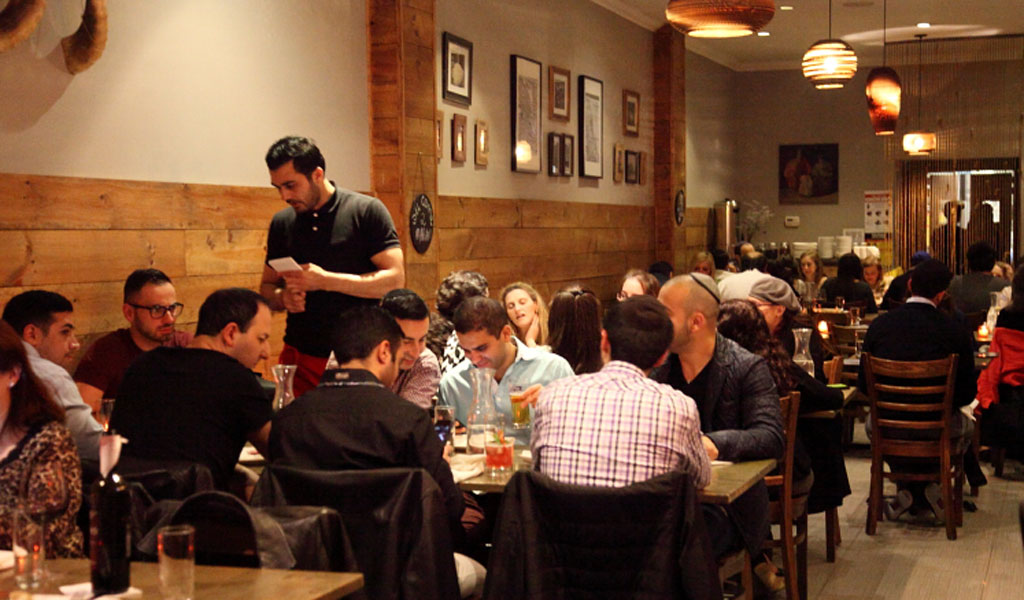 Queens | By Dave Cook
By Dave Cook
Queens -- Georgians – that is, Georgians who hail from the former Soviet republic and not the American South – love their cheesy khachapuri and their beef-and-lamb-filled khinkali. At a glatt kosher restaurant, however, dairy items and meat items can't mingle, either in the kitchen or in the dining room, and many such establishments serve…

Madrid | By Syma Tariq
By Syma Tariq
Madrid -- Sitting at a table in Lucio, a long-established tavern in the heart of Madrid’s most famous tapas street, is a singular experience that has a slightly surreal, Buñuel-esque touch. Queues formed of Madrid’s born-and-bred elite snake past the elegant wooden bar, the coiffed connoisseurs greeted with affection by the landlord himself as they…