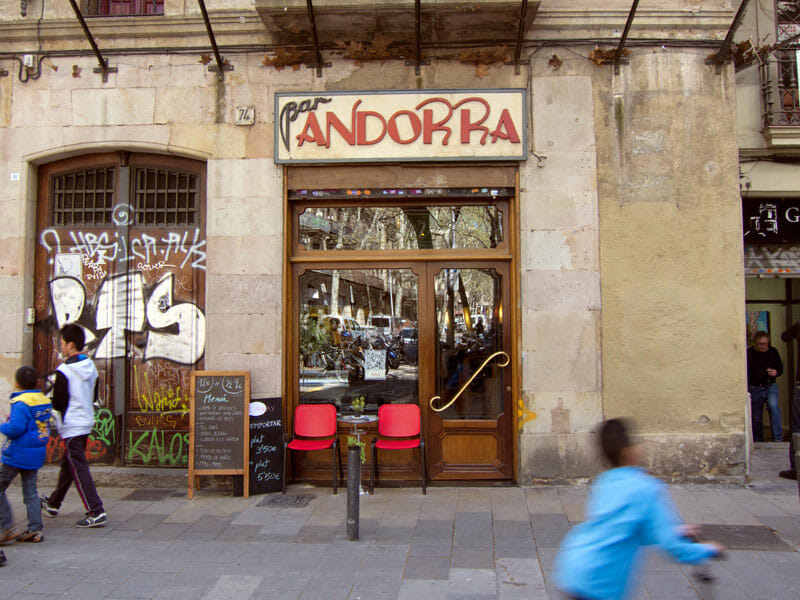 As a child, Manel Palou spent hours playing in the kitchen of Andorra, his parents’ restaurant in Barcelona’s Barrio El Born. Later, as a teenager, he helped out behind the counter while his brother Miki cooked in the kitchen. Originally bought by his grandfather in 1952, the small restaurant had been around for as long as anyone could remember; even the old-timers in the neighborhood can’t remember where the name comes from or who the previous owners were. Then in 2004, Manel’s parents decided to sell Andorra and retire. Within six years, the restaurant went from being a neighborhood favorite to a mediocre Italian joint with few clients and little charm. 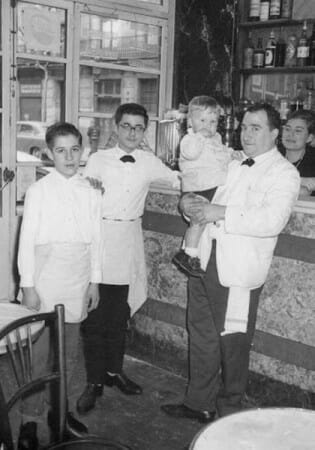 That all changed in 2011 when Manel, along with his friends Montse Vila and Sandra Vallet, bought Andorra back. They promptly set about restoring the restaurant, trying to make it as similar as possible to what it had been before. “I wanted to see it looking the same way that I remembered it being when I was a kid,” said Manel. We never saw the original Andorra, but to our eyes, it appears as though Manel has achieved his goal. Rust-tinged containers of alubias (beans) and lentejas (lentils) sit next to dust-covered bottles of Soberano brandy on the shelves, and cozy retro-style wooden booths line the walls of the narrow space. The feeling of nostalgia is heightened by the fact that the menus are printed on copies of stationary from the original Andorra restaurant (with the venue’s old five-digit telephone number on the bottom!) that date back to the 1930s. Manel even had the new menus printed using the font from his father’s old typewriter.

The current menu is comprised of classic dishes cooked by Manel’s brother Miki, who is now the head chef. Tapas include anchovies, quail eggs with ham, chicken croquettes, Russian salad (a potato salad found on the tapas menu of nearly every restaurant in Barcelona) and chistorra, a paprika-flavored pork sausage from Northern Spain. Among the main courses are a number of fish options – sole, hake, sea bass, squid, calamari, monkfish, cod, etc. – all simply roasted or cooked a la plancha (on a griddle); there are also meat dishes such as lamb chops, beef tenderloin and steak tartare. In essence, it’s no-frills – though expertly made – Spanish grandma food.

For us, the biggest surprise on the menu was the entraña de potro, the stomach muscle of a young horse. The truth is that despite recent European scandals involving the detection of horse meat in various supermarket meat products (not to mention meatballs at Ikea), horse meat is not at all dangerous and in fact is commonly consumed in many European countries. Catalonia is one of the few regions in Spain where horse meat is eaten and at many markets you can see stalls dedicated to selling it. Nevertheless, we were not expecting to see it on a restaurant menu and were even more surprised when Manel mentioned that the potro is not a classic Andorra dish but is one of the few new items they’ve added to the original menu. “We decided to include it because it’s a really tender and delicious meat and very healthy. We also like it because it’s not an industrially produced meat,” he explained. At Andorra, the potro is grilled so that it is crispy on the outside and rare on the inside. Manel told us that the meat is slightly sweet, similar to beef but with an even more intense flavor. Unfortunately for us, they were out of the potro on the day of our visit. 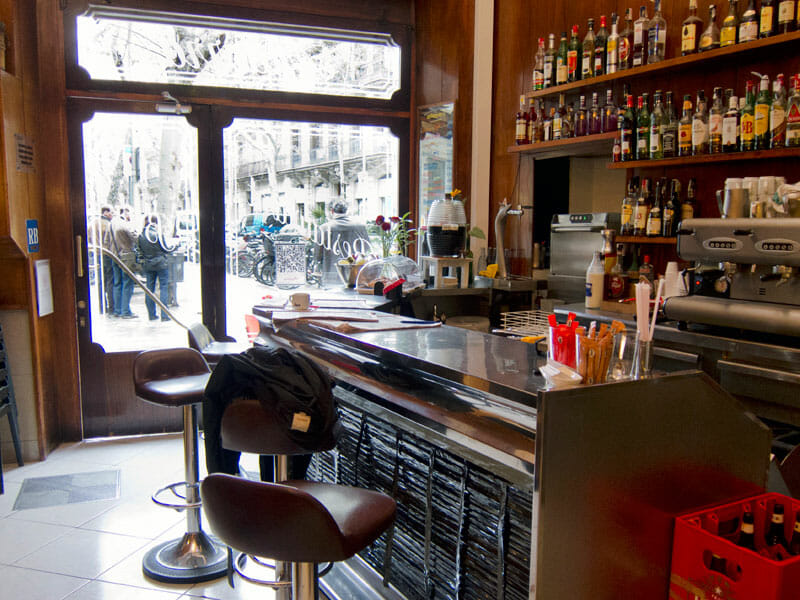 Instead, we opted for the menú del día: braised oxtail, sliced very thin and served in a flavorsome broth, and grilled sea bass with roasted red peppers. The dishes were obviously prepared with top-notch ingredients and a great deal of amor. They were simple, unpretentious and downright delicious. For dessert, we finished off with the Catalan classic mel i mató: fresh Catalan cheese (similar to ricotta), topped off with a sweet dollop of honey and a handful of walnuts. As we ate, we observed the other clientele, a mixture of neighborhood types ranging from a paint-spattered construction worker in a Volkswagen sweatshirt to a couple of young women who seemed to mostly communicate via their iPhones. At one point Manel’s aunt, laden with shopping bags from the nearby market, dropped by, apparently just to say hello.

“This place has been part of the neighborhood for so long that there were people who actually cried with joy when we told them we were reopening,” Manel told us. As we looked around the homey space and watched people happily enjoying their food, we could certainly see why. 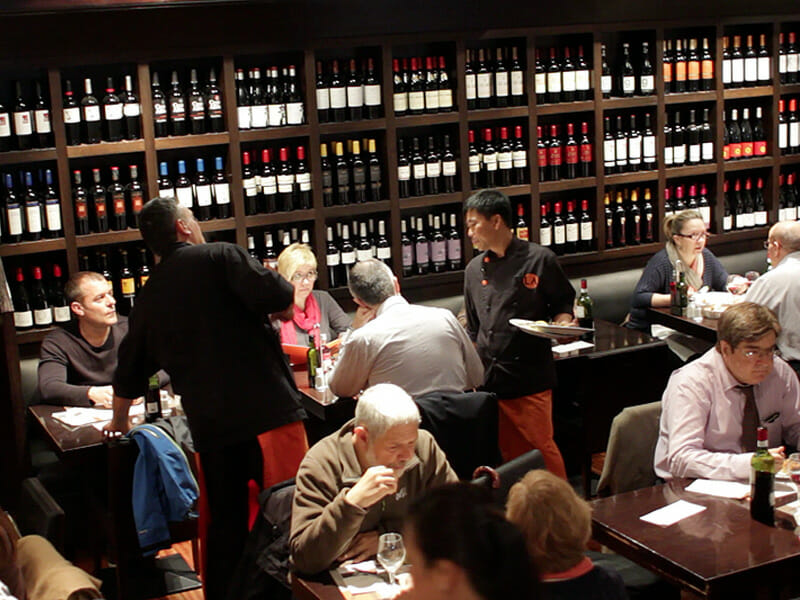