The commencement of Greek carnival (καρναβάλι), also called Apokries (απόκριες), begins a three-week period during which almost anything goes: feasting, dancing, singing and freedoms of all sorts. Apokries has the same meaning as its Latin counterpart, Carnival, which translates roughly as “farewell to meat” – these are the last days of eating meat before Lent, or Sarakosti, the 40 days of fasting before Easter Sunday, begins.

It’s a celebration deeply rooted in ancient Greece, primarily the celebration of Anthesteria, an important festivity that took place during the same season and was particularly big in ancient Athens. Dedicated to the god Dionysus, it was both a joyous occasion of non-stop revelry and also a commemoration of the dead, whom they believed joined the world of the living on these days – not unlike Day of the Dead in Mexico. There are also traditions with pagan origins, many of which are still practiced across Greece, such as comical representations of a wedding ceremony or a funeral and a resurrection, symbolizing the earth’s rebirth and the act of bearing fruit.

The three weeks of Apokries are divided into three distinct sections that layer the fasting and “cleansing” process before Lent officially begins. The first week is known as Profoni (Προφωνή, the verb profono in Greek means to announce), which “announces” the opening of the carnival season; during this week, everything can be eaten. The second week is known as Kreatini (Κρεατίνη, kreas=meat), and the emphasis is on eating meat. The Thursday of Kreatini is known as Tsiknopemti (Τσικνοπέμπτη), a day when everyone grills meat, often large amounts of it. 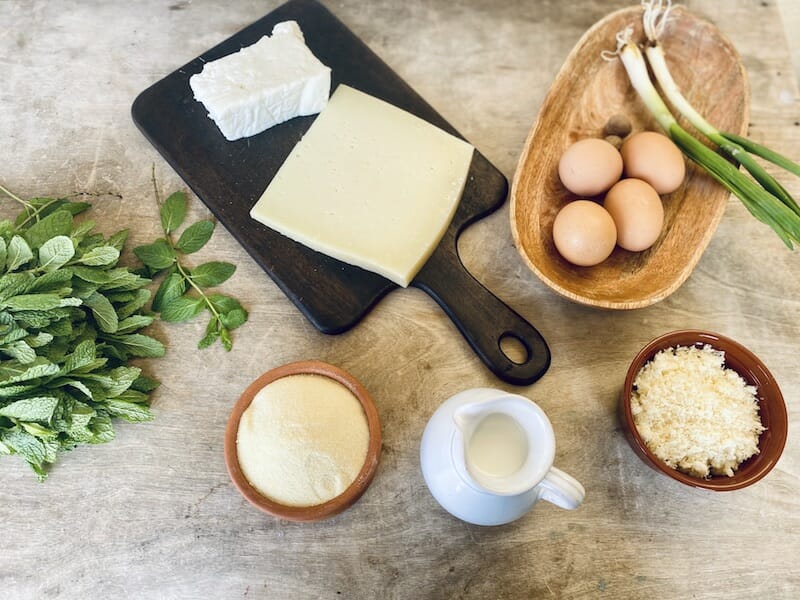 The final week – this week – is known as Tyrini (Τυρινή, tyri=cheese) or sometimes Makaronou (from makaroni, or pasta). During this week people typically stop eating meat and mainly consume pasta and dairy products, including lots of cheese, before beginning the 40-day fasting period, during which no meat, dairy or eggs are allowed.

There are hundreds of recipes for dairy-based and pasta dishes that are traditionally consumed during this week, both sweet and savory. Recipes include galatopita, the famous galaktoboureko, makaronopita (macaroni pie) and, of course, a long list of different kinds of cheese pies.

I ultimately settled on sharing a cheese pie recipe that would truly celebrate all dairy products, as it’s made with three important Greek cheeses (feta, graviera and kefalotyri), milk and yogurt. Some also add butter, but I prefer to use olive oil. To make it easy, I decided to prepare a phyllo-less version. Using fine semolina and eggs, the end result resembles a sturdy crustless tart. To boost the flavor profile, I add chopped spring onions and mint as well as a pinch of nutmeg.

This pie can be pleasantly enjoyed both warm and cold, and you can easily customize it by adding other cheeses or chopped ingredients like bacon, mushrooms, peppers, corn or other veggies into the mix. 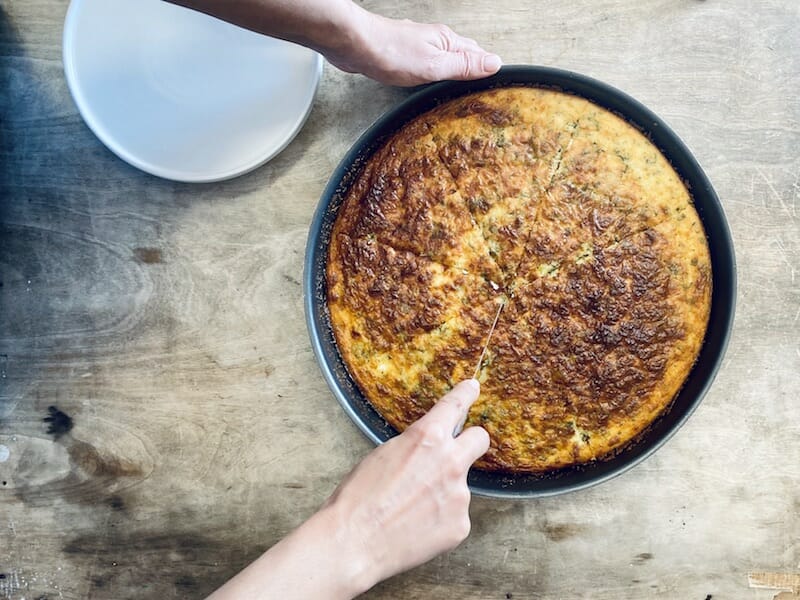 Place the semolina, baking powder, milk and yogurt in a large bowl and mix well with a whisk until smooth. Add in the beaten eggs and olive oil and mix well. Add in the three cheeses, the spring onions, mint and spices, and mix until just combined.

Pour into the pan and bake for 40-45 minutes. Remove from the oven. Allow it to cool down for 10-15 minutes before cutting. 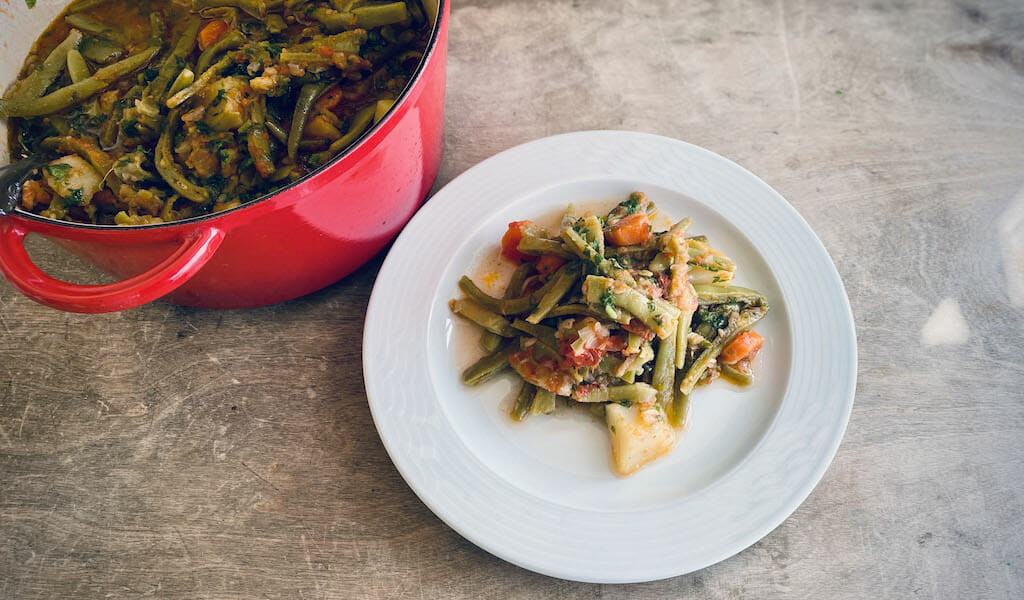