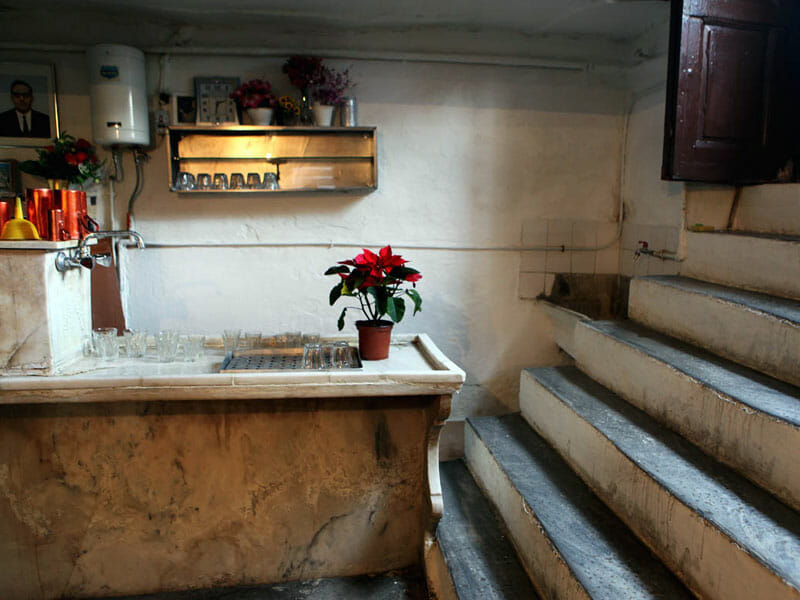 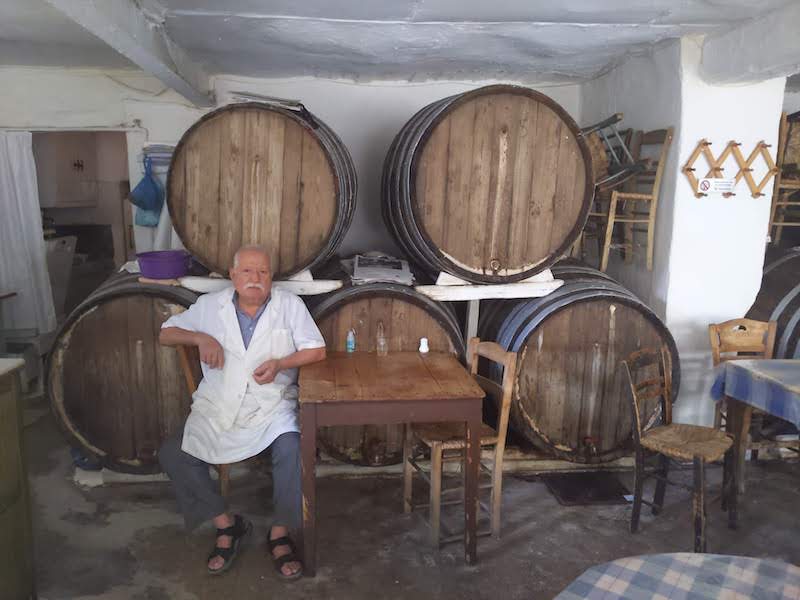 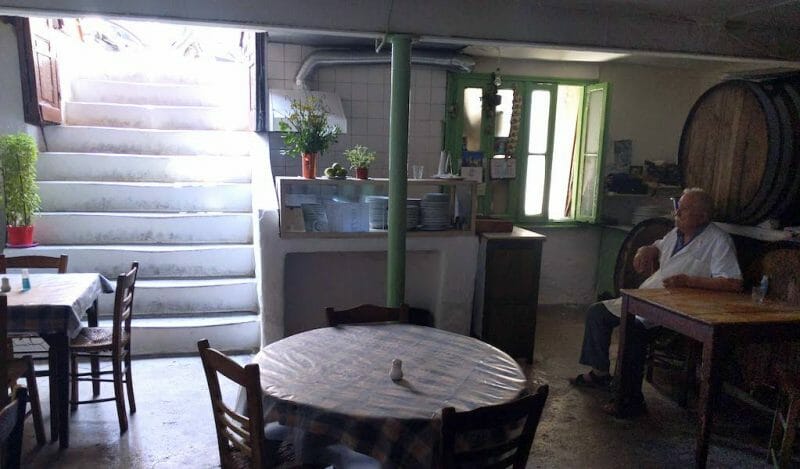 This is the kind of place where you can see pretty much anyone fromthe mayor of Athens to elderly men working in the market who like yelling about politics and their love lives (“I had a Bulgarian girlfriend for five years and then she died,” one man confided to another the last time we were there). There are just eight wooden tables and chairs, meaning that when it’s crowded you might have to sit with total strangers in front of the open kitchen, which is overflowing with pots and pans. The rustic peasant bread is placed directly on the paper tablecloth, without a basket or napkins – all the better for you to tear it with your hands. 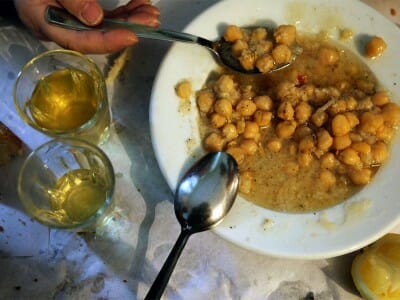 Diners don’t come to Diporto looking for the latest in culinary experimentation; choices are limited to only five or six dishes each day, based on what’s in season and available in the nearby markets. The white-haired owner, Mitsos, a rather brusque athletic figure, lets you know what’s on offer. The venue’s wintertime specialty – and, to our minds, the highlight of a meal at Diporto – is an excellent chickpea soup that comes in a large, shallow bowl filled to the brim and doused with olive oil; it’s enough to feed two people. This is simple home cooking, the chickpeas so soft they almost melt in your mouth. Other dishes, such as Greek salad, a plate of small fried fish, fried sausage or bean soup, are also consistently good. 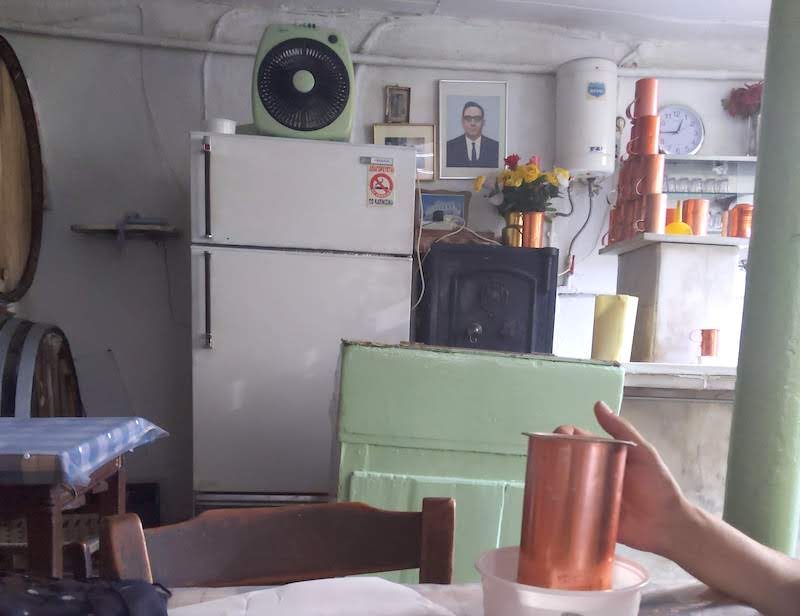 By
Despina Trivolis
, photos by
Manteau Stam and Tas Anjarwalla

Athens | By Despina Trivolis
By Despina Trivolis
AthensEditor's note: It's Soup Week at Culinary Backstreets, and today we head to a 128-year-old basement taverna in downtown Athens that serves a wintertime specialty of chickpea soup. In business since 1887, Diporto – a defiantly traditional spot in downtown Athens – has no sign and no menu. The staff doesn’t speak a word of English,… 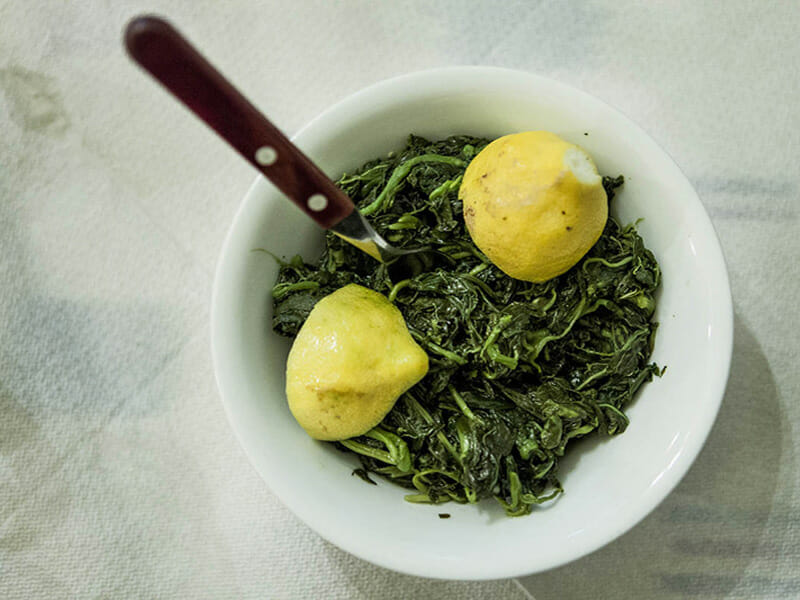 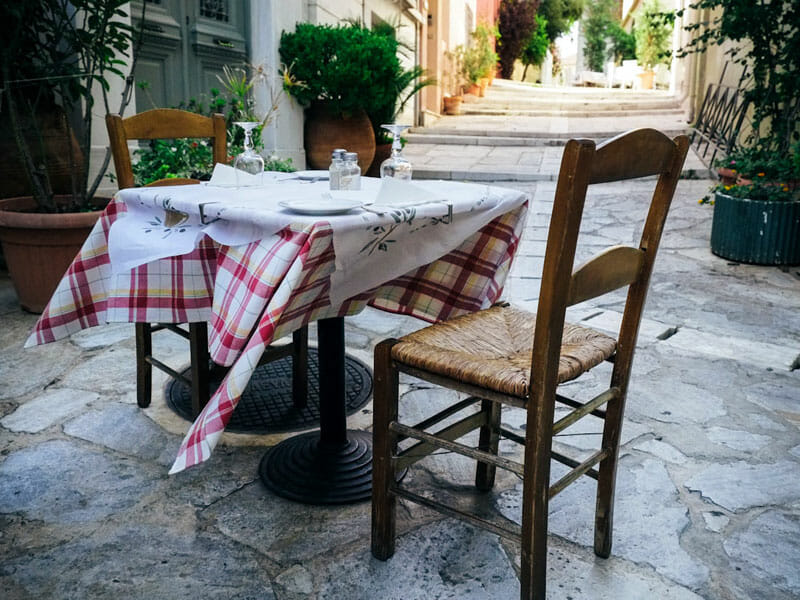