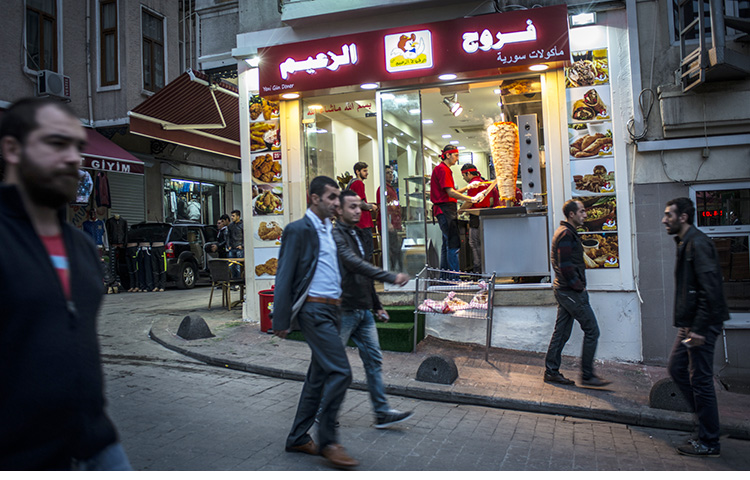 “Mr. Mullins and his [Culinary Backstreets] team can help you find…an array of ‘mom-and-pop shops that really matter to the neighborhood’ but don’t tend to be part of the cruise-ship circuit. Without him, good luck.”

“Some of the sprawling city’s best-kept snacking secrets and its most reliable holes in the wall can be found on any of the four tours bookable on the Web site istanbuleats.com.“

“[Culinary Backstreets] cater to tourists, who don’t want to feel like tourists, by organizing curated walking tours through the ancient alleyways and local bazaars”

“I can’t say if it was the food or the company or the history and culture I’d soaked in, but I left the restaurant that day feeling rapturously full…I also left with a better understanding of Turkish cuisine.”

“a calorie-laden tour of Turkish delights”
“We’ve only strolled a little more than a mile in the past six hours, but it feels as if we’ve canvassed the whole of Turkey. We are exhausted and exhilarated. And very, very full.”

“… the day I spent on one of their tours was easily the best eating day I had in Istanbul.”
“It’s not just that they have a keen eye for what’s delicious—they do—but that we share a sense of what’s worth discovering. Food unique to a place, with a story in that place. Food made by people who care about it, about their craft; food worth talking about, worth traveling for.”
“…the ‘Two Markets, Two Continents’ tour led us around neighborhoods I otherwise might not have visited, making for a great tour of the city as well as just its food…”

“…a merry dance through some of the city’s best kept secrets, places which you won’t find in the guidebooks but that the locals flock to.”

“’This is an explorer’s city, an eater’s city – you learn so much about modern Turkey through its food. But it takes time to go beyond the surface, to discover Turkish identity.’…After a day touring the city’s eateries, that goal seems a little bit closer.”

Our walks are also recommended in several leading guidebooks and review sites: