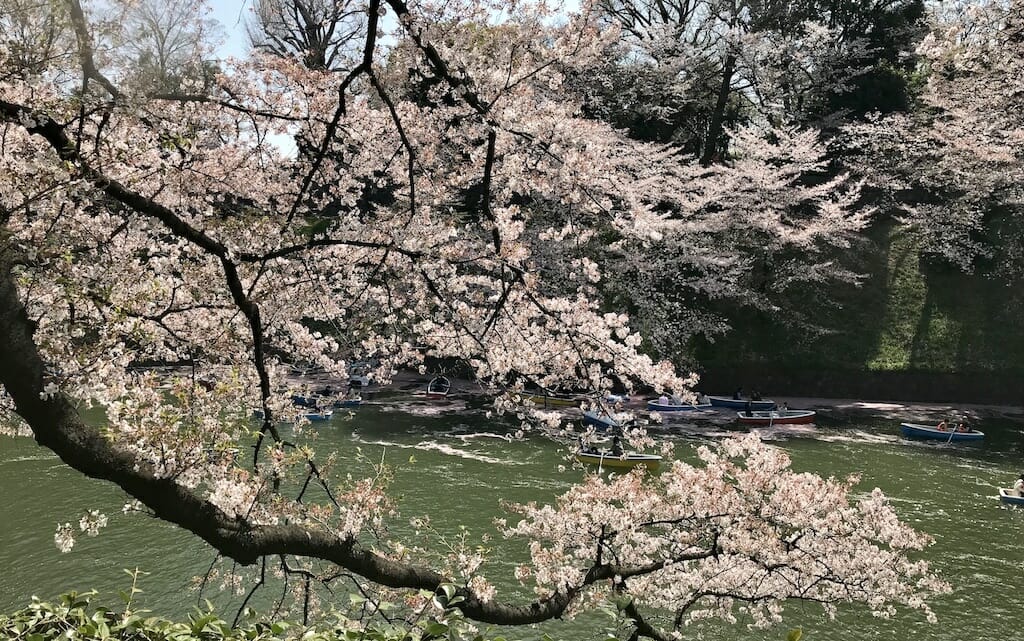 The Perfect Spring Day: Food, Flowers and Fun in Tokyo

It snowed in Tokyo on March 22 – a wet, rain-like snow that puddled as soon as it touched the ground, but snow nonetheless. It was un-springlike as the week before was sunny. Early spring is sly and tricky here. One moment the kawazu-zakura have blanketed trees in pink popcorn blooms, the next moment it’s cloudy skies and planning hotpot dinners all over again. But it is glorious when temperatures aren’t whipsawing wildly from hot to freezing, when spring finally deigns to show up in the form of balmy, blue-skied days and flowers blooming everywhere. 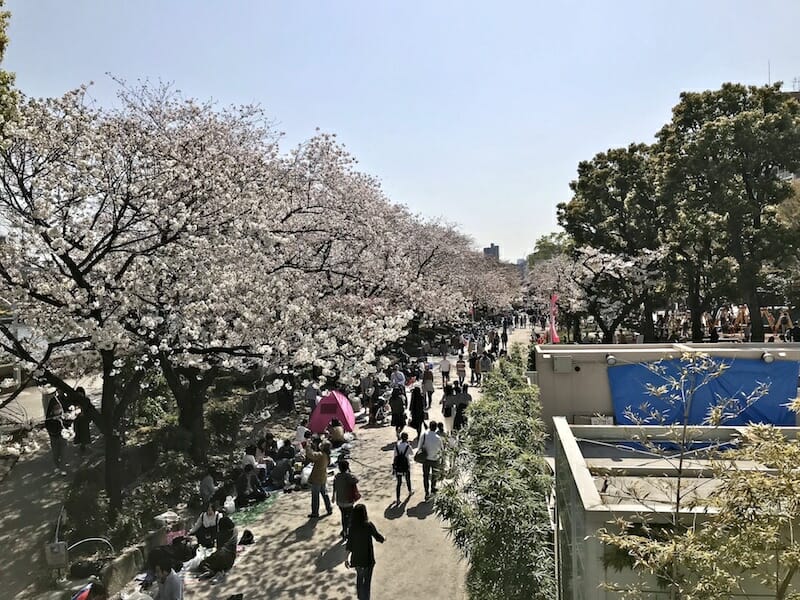 Spring days like this are beautiful for cycling in Tokyo. Fresh air, warm sun and, best of all, no freezing fingers and ears when you’re on a bike. Cycling is also – if you’re so inclined – a great way to maximize cherry blossom-viewing in a single day. Sakura season is so highly anticipated each year that when the trees finally burst into bloom, it can almost feel like a little too much. But perhaps that’s the point: to revel in all this floral extravagance for a precious few days until you’re thoroughly sick of them, so that these memories may sustain you until the flowers return next year.

A day of cycling and eating through Tokyo might begin with coffee at Camelback Rich Valley in Yoyogi-Hachiman. Excellent cafes and coffee stands abound in the city, but Camelback’s baristas consistently turn out some of the best (dare I say, the best) lattes on this side of Tokyo: never overly milky, beautifully rich and toasty, with an unapologetic caffeine kick up the arse for cycling over to the next destination. And they open relatively early (8am), which is much more than can be said for many independent coffee places in this city. 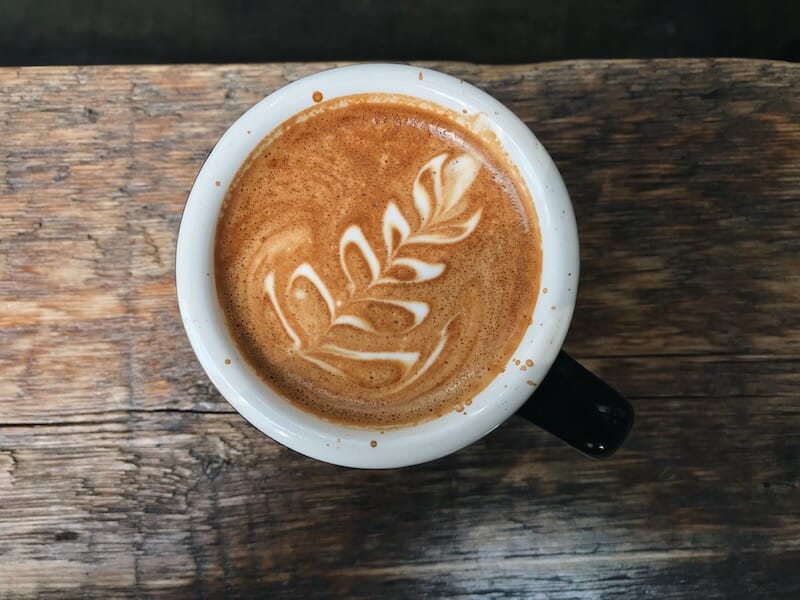 From here, it’s a scant few minutes to Yoyogi Park, a perennial favorite with Tokyites and tourists alike. There’s an oddly English, woodsy quality to some parts of the park, and today, we’re here for the 700 cherry trees in full bloom. We take the long way round, looping through all the paths and winding through the little groves. They’ve fenced off most of the grassy areas to deter hanami (blossom-viewing) gatherings, but there’s no stopping anyone from looking at the trees.

Sakura season is so highly anticipated each year that when the trees finally burst into bloom, it can almost feel like a little too much.

Afterwards, we skip Meiji Jingu Shrine in favour of a quick blitz over to a sleepy, nondescript backstreet in Shibuya for breakfast at Katsuo Shokudo, a diner specializing in katsuobushi – simmered, smoked, dried and fermented skipjack tuna, most often used to make dashi soup stock. The setup is simple: rice topped with fistfuls of katsuobushi, miso soup and optional sides of raw egg, fresh wasabi or the daily skipjack side dish. Freshly shaved, high-quality katsuobushi is papery, peach-coloured pure smoky umami. Stir it into egg and rice and sprinkle with salt. Deceptively simple, outlandishly good. 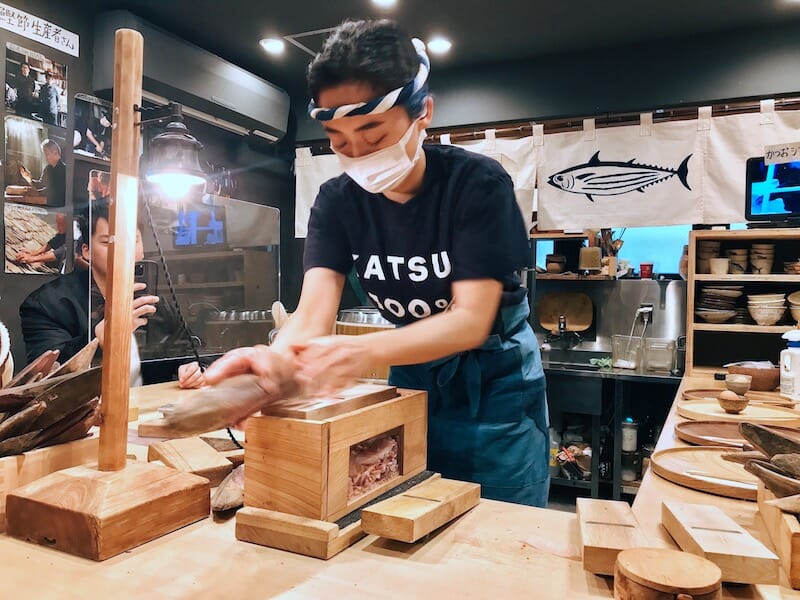 Dessert is ice cream down another little Shibuya side street at Nanaya Aoyama – more precisely, their matcha gelato. Opened by Shizuoka tea producer Marushichi Seicha, Nanaya is one of their tea and gelato outposts in the big city. Their extensive gelato selection includes seven types of matcha gelato, ranging in intensity from mild and sweet (No. 1) to what is basically pure matcha with a touch of cream and sugar (No. 7). We’re only ever here for No. 7, which tastes like a spring forest distilled into gelato form.

If we’re out on a weekend, we might then spend our lunch hours at the Farmers Market @UNU nearby, sampling our way through the food trucks and stalls, goggling at organic produce, freshly-foraged sansai and artisanal condiments. Alternatively, we simply continue cycling onwards to Aoyama Cemetery for a peaceful meander through gravestones and cherry blossom trees. Both things speak of mortality and the ephemerality of life, and are thus perfect bedfellows. 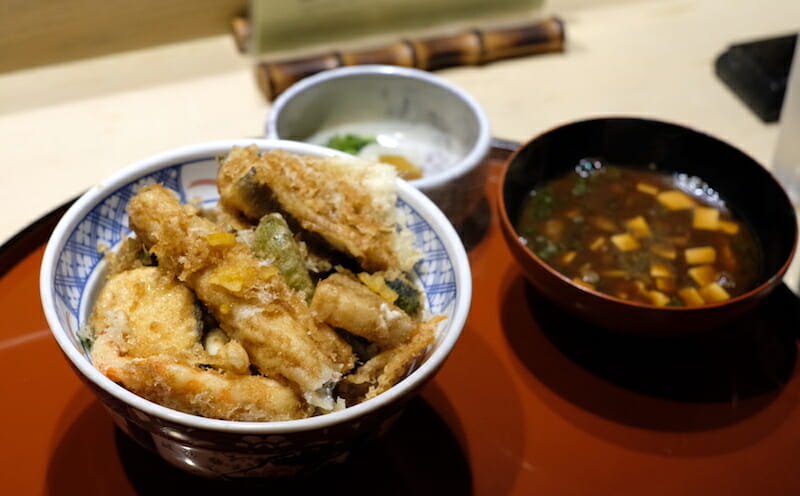 Provided we haven’t dawdled too much, we might even have enough time before lunch to make a loop around Chidorigafuchi Park further east near the Imperial Palace to see the flowers there. If not, we take our bicycles over to Ginza and on to lunch at Tempura Mochiku for a rice bowl topped with some of the most elegant deep-fried spring vegetables and fish around. Half the fun of coming here is trying to find the restaurant, as the sign is extremely easy to miss.

From here, we toddle our way to a nearby depachika (department store basement food hall) like Mitsukoshi Ginza for a quick sweet hit – we have a soft spot for Mon Cher’s pillowy daifuku mochi stuffed with fresh fruit and cream – before cycling north towards Ueno (great cherries, but always a little too crowded), past the museums and up to Yanaka Cemetery for a late afternoon stroll. A hundred thousand square meters of land covered with graves, gorgeous cherry blossom trees and a few playgrounds. 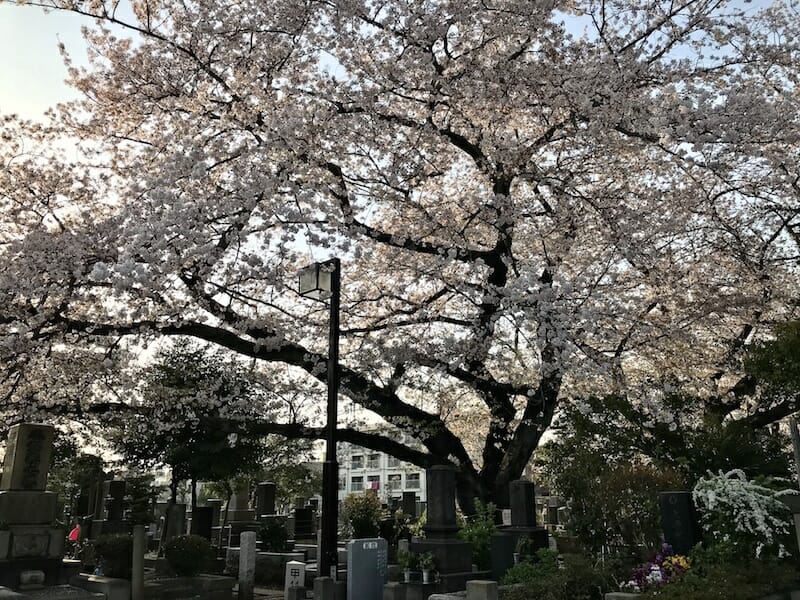 The city holds infinite possibilities for dinner. We could cross over the Sumida River to Ryogoku for a hearty chanko nabe (sumo hotpot) or a branch of Karē wa Nomimono, but today, we’ll head back south to Yushima (near Ueno) for soupless tantanmen – thick, chewy noodles slicked through with a rich and spicy pork and sesame sauce, preserved vegetables, lashings of chile and Sichuan pepper. It’s kind of like the Japanese lovechild of spaghetti bolognese and Sichuanese dan dan mian. Aun’s white sesame version is one of the very best around, with an undercurrent of dried shrimp ocean umami in each bite. It’s enough to power our cycle back home across town through Yoyogi Park: the cherry blossom trees at night are something else to behold. 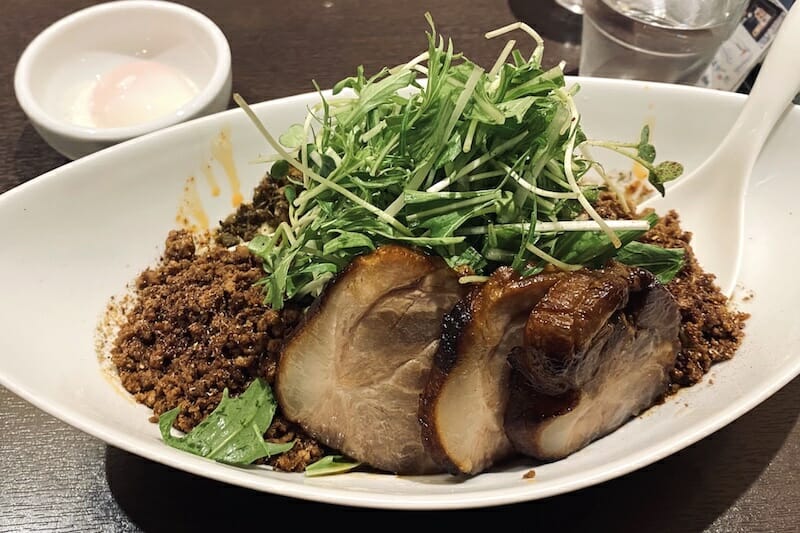 Japan’s closed borders for the last two-and-a-half years have given Tokyoites some breathing room to enjoy spring in the city without the usual influx of visitors, albeit with extra gathering restrictions and masking requirements at certain popular hanami spots. It has felt very different to pre-pandemic Tokyo. We know many outside the country are waiting to come back – entirely understandable – but until our friends can visit us again, we’ll have our fill of food and flowers, and while away spring days underneath the cherry trees. 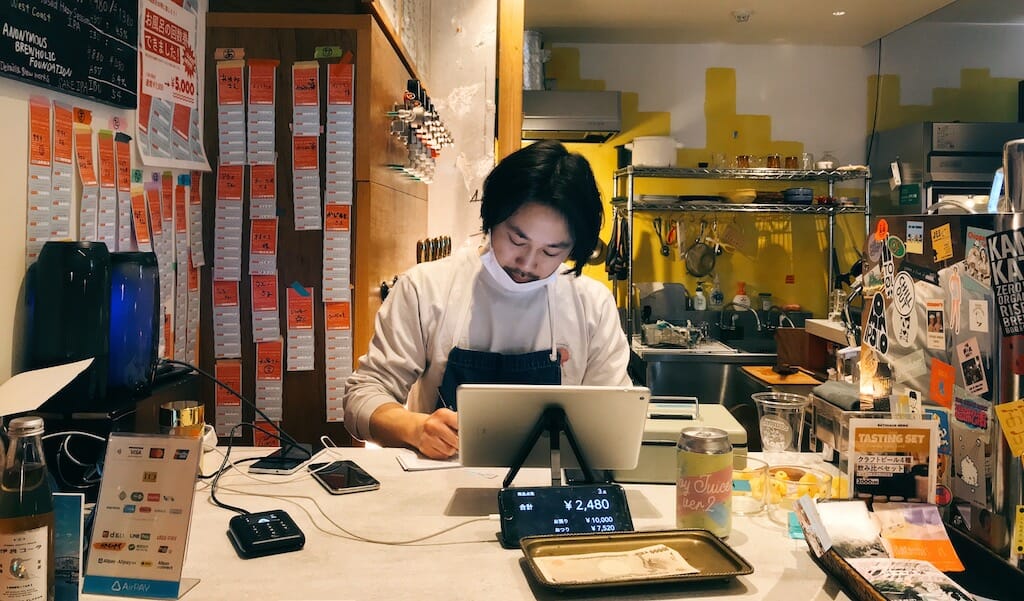 Chipper’s at BathHaus: Soak and Sandwich

Tokyo | By Florentyna Leow
By Florentyna Leow
TokyoFor a city of its size and density, Tokyo is disproportionately lacking in great sandwiches. Let us be clear: We’re not talking about ethereal Japanese-style sando, with their soft white bread and fillings like omelet, strawberries and cream or even ridiculously expensive wagyu fillets (although those are a perfectly valid and wonderful form of sandwich).… 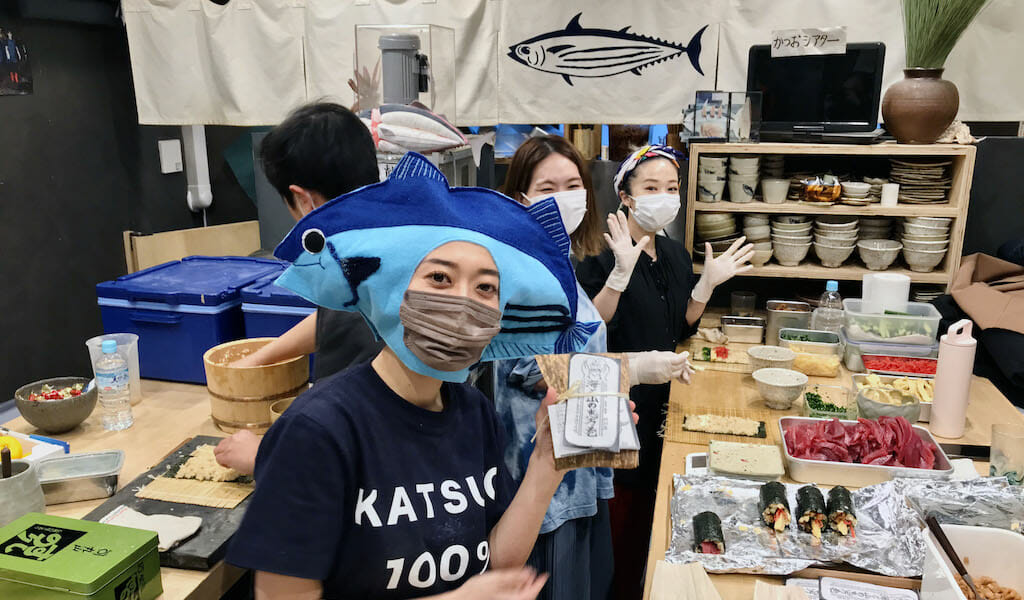 Ehōmaki: On a Lucky Roll

Tokyo | By Florentyna Leow
By Florentyna Leow
TokyoIt’s not every day you see someone’s face peeking out of the belly of a bright blue skipjack bonito (katsuo). You certainly don’t expect them to wear fish-shaped headgear while wrapping dozens of sushi rolls all morning. But this was how Mai Nagamatsu, katsuobushi evangelist and proprietor of breakfast diner Katsuo Shokudo, greeted us on… 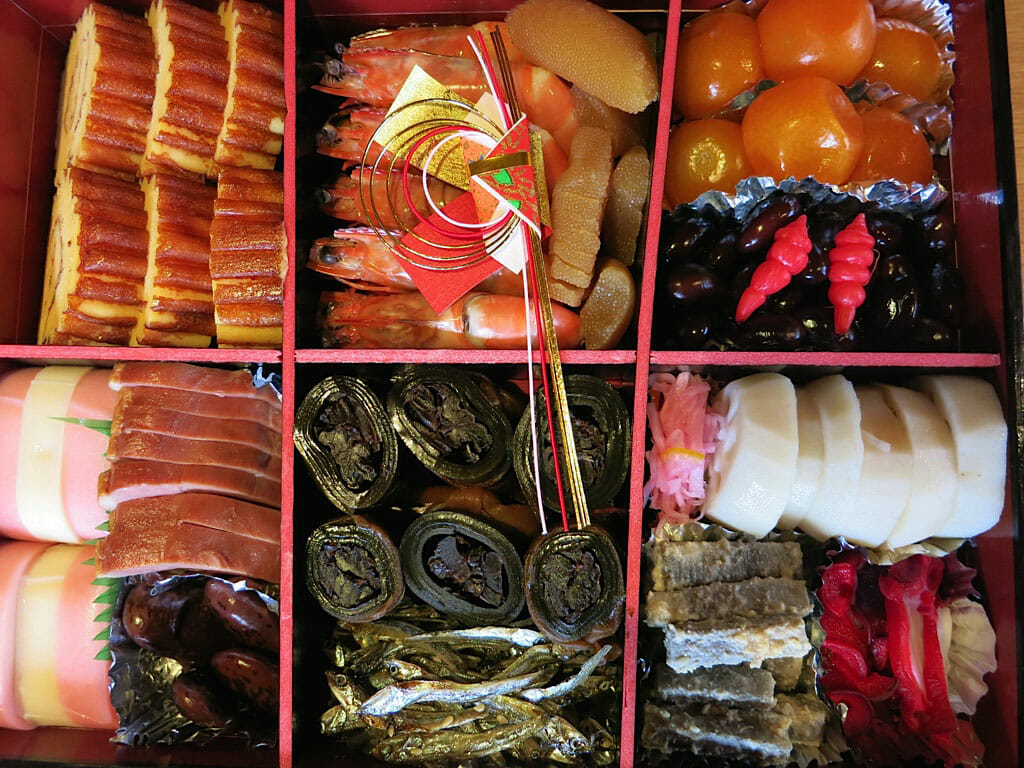 Tokyo | By Fran Kuzui
By Fran Kuzui
TokyoQuick bite: Our food tour in Tokyo will take you on a journey that serves as an edible survey of the city’s culinary past, present and future. In order to fully appreciate Tokyo and its deep food scene it’s necessary to not only peek behind the curtain of yesterday, but also join the constant flow…

Add to favorites
The Perfect Spring Day in Tokyo