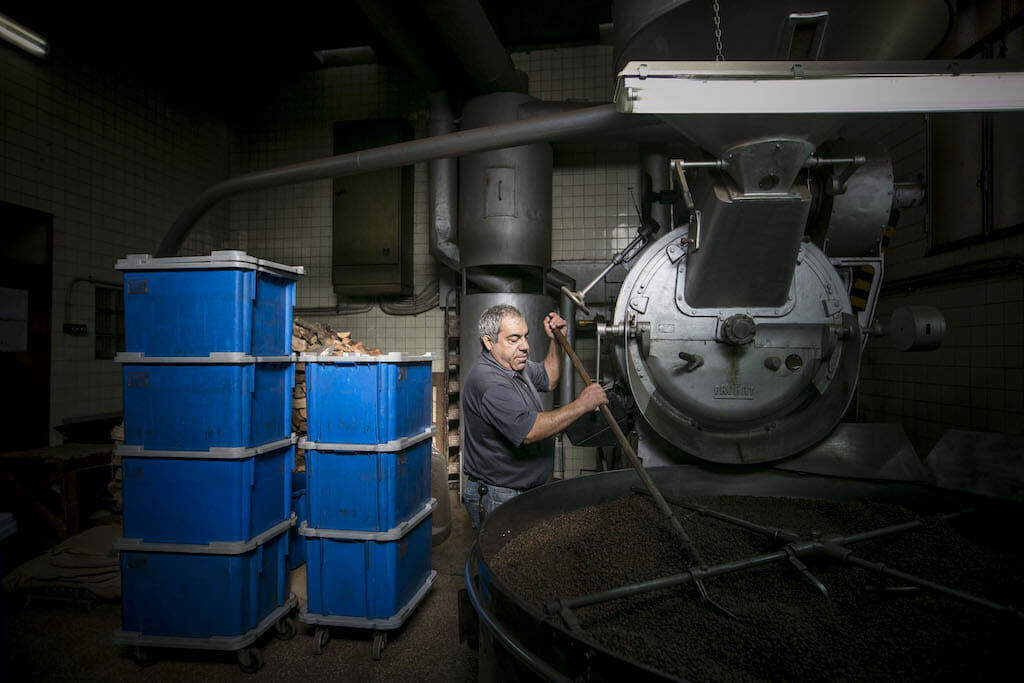 Walk through Lisbon’s Madragoa, a neighborhood of cobblestoned streets and small houses, and you’ll be hit with the intoxicating smell of freshly roasted coffee. Follow the scent and you are likely to find yourself in an utterly unique spot: Flor da Selva, one of the last wood-fired coffee roasters in Europe.

Manuel Alves Monteiro, from Melgaço in northern Portugal, founded Flor da Selva in 1950, and Manuel’s son, Jorge, and grandson, Francisco are keeping the family business alive and kicking via an artisanal method – one they started using many years before anything artisanal was trendy, mind you. “My father was a coffee lover,” says Jorge, thinking back to when Manuel first opened his shop. “At this time, we were drinking a lot of mixtures with barley or chicory that were inexpensive, but he could see the potential for 100% coffee blends.” 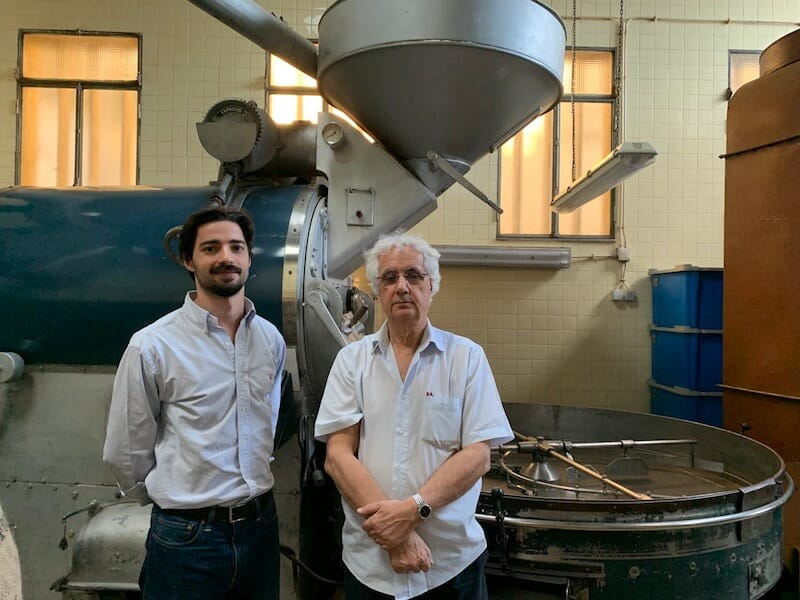 In 1935, the Commercial Association of Lisbon, a local trade association, organized the first National Conference of Coffee to try and promote coffee drinking and production. But there were some hurdles in the way of the drink becoming a local staple: pure coffee was expensive and local roasters could only get beans from the then Portuguese colonies (Angola, Cabo Verde, São Tomé and East Timor). The regime was intent on protecting production and also wanted to be self-sufficient, albeit by relying on colonial supply chains. This changed in 1974, when the dictatorship started by Antonio Salazar in the 1930’s fell and Portugal gained free access to other coffee markets, allowing roasters to broaden their offerings.

More than tea, wine or beer, coffee became the fuel of any friendship in Portugal.

Over the years, though, consumers had gotten used to the taste of “Portuguese coffee,” a recipe that Flor da Selva has kept: a blend of robusta and arabica beans that’s still heavily influenced by Portugal’s colonial past. “We had a lot of robusta from Angola and that has always shaped our coffee and our palates got used to this,” Jorge says. Smaller amounts of arabica beans would come from East Timor and São Tomé (though always expensive) to balance the stronger notes of robusta. 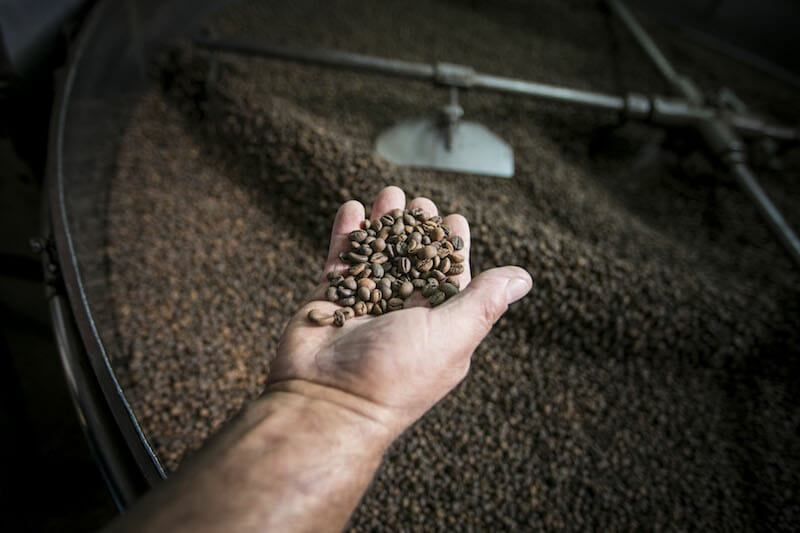 Filter coffee has traditionally been the most common grind at the roastery, and Jorge tells us how his mother would also sew the cloth filters for the coffee machines used at Lisbon cinemas. Espresso machines appeared on the scene by the ’60s in the big cafés of Baixa (downtown, which had the money to invest in large Italian espresso machines. Nicola (still in Rossio with its beautiful art deco decor) or Café Martinho (which no longer exists) were just two of these popular establishments, and would attract crowds of Lisboetas. Over the years, more than tea, wine or beer, coffee became the fuel of any friendship in Portugal, to be drunk sitting down for hours with a pastry or quickly ingested at a counter. And behind much of this flourishing of Lisbon coffee culture was Flor da Selva.

Taking us to Flor da Selva’s roasting room in the heart of the working-class Madragoa neighborhood, Jorge shows us pieces of the past: There’s an old iron sphere roaster, working now mostly to roast barley – still used to make a coffee substitute drunk by older Lisboetas – and a giant machine which is able to roast 120 kilos per batch and is fueled only with wood taken from cork trees. The original roaster was replaced in the 1970s after it became impossible to repair, but the replacement, made by a company called Probat, is similar.

Delmar, a Flor da Selva staff member who controls the roasting process, is standing next to the Probat, watching the process closely, smelling the beans, controlling the temperature and the time it takes to roast. No machine could replace his experience of 25 years. In the summer, the temperature can be quite hot as the roaster’s temperature reaches over 200 Celsius (392 Fahrenheit). He never complains. We only see him slightly annoyed when the beans don’t roast quite like he wants them to. 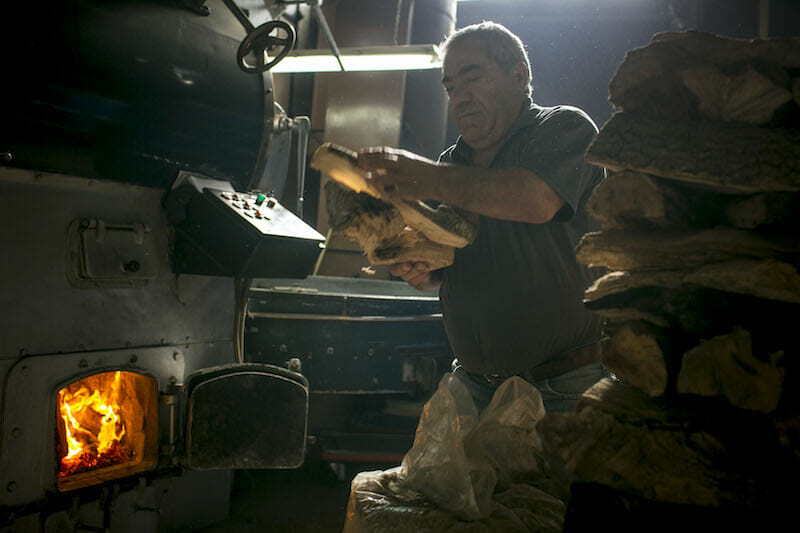 Jorge himself is an engineer and a musician and Francisco, 27, recently graduated from business school, but they are both dedicated to perfecting their work at Flor da Selva. They want their shop to be a form of public service – a cultural institution, educating and informing people about what they consider true coffee. “Our biggest challenge is to keep the tradition of having freshly roasted beans, to be consumed immediately, not to be placed for weeks in the shelves,” says Jorge. In Lisbon, people used to buy coffee every week from the local coffee shop, a tradition Jorge would like to see carried on. “The freshness is essential. Also, the quality and to know how to prepare it,” he adds. “Coffee has a personality.”

The father-son duo are used to being asked, “why wood?” “It’s like eating some dish roasted in wood or in a gas oven,” Jorge says. That said, it’s a tradition that’s hard to keep alive. “The wood enhances the flavor, though it’s more costly and needs more manpower, maintenance and cleaning.” According to the makers of the Probat machine, Flor da Selva is one of only two roasters in Europe still using wood. The other one is in Switzerland.

Besides their classic blends, Flor da Selva is now working on single origin coffee, using top-quality beans from all over the world, mainly from small producers and organic farms. Some examples that can be found in their bags: Ethiopia, Nicaragua, Honduras, Brazil or Colombia. 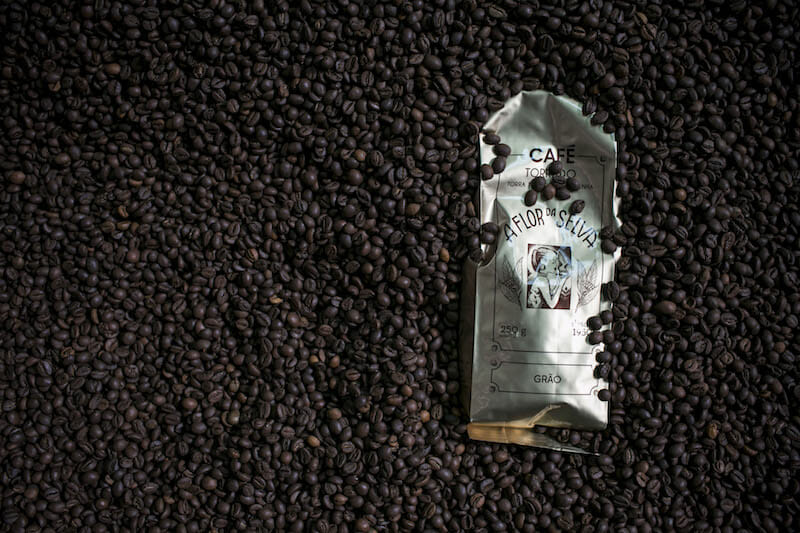 Francisco is even trying out packaging some organic blends. “I think the interest in coffee that we see in the new generations is going to continue. We’re seeing more consumers going for more expensive coffee. We have many new clients that are looking for the kind of coffee we produce.” Besides selling to many new restaurants and shops, Flor da Selva also allows new coffee shops to come by and roast their own beans. While studying coffee, including visits to coffee farms, Francisco has witnessed a trend. “Now, everyone is having coffee in their favorite café. But in the future, people will have their own small roaster at home to roast their beans. It is something that already exists, and it is still expensive, but the prices will go down,” he says.

“The most important thing about our business,” says Jorge, “is the cultural component. Sometimes people ask us, don’t you want to grow? We are growing everyday, learning in depth about this work we do.” Inside, Delmar finishes the last batch of the day, but the intoxicating smell of coffee will linger in the air for hours.