The pavement ended about five kilometers back – that, combined with torrential rains, has made for a bumpy, muddy ride. We are in Kala, a scattering of old stone and wooden homes deep in the bowels of the Svanetian highlands.

Tomorrow is Kvirikoba, the most revered religious holiday in the region. Hundreds of people will make the vertical pilgrimage to St. Kvirike and Ivlita’s Church, an 11th-century impossibility of a creation erected on a thumbnail of granite high above the wild Enguri River.

Our host is 25-year-old Mariam Khardziani, who returned with her twin sister and aunt to their decaying family home two years ago; they fixed up the traditional two-story house, made of slate and wood, and now rent it as a summertime guesthouse. From their balcony we look up at the church and out at the gorge, spellbound by the otherworldliness that permeates each stone, tree, and blade of grass here. Tbilisi could not be further away. 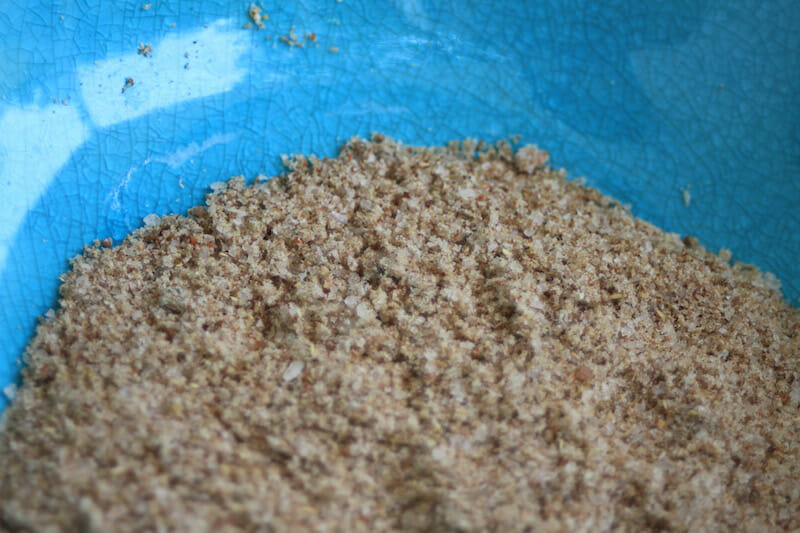 For lunch there is a platter of sulguni cheese, dense homemade bread, warm ajapsandali (the intrepid Georgian ratatouille) and fresh tomato and cucumber salad drizzled in what Svans call Lushnu Jim – Svanetian salt – which is Georgia’s most famous and extraordinary spice blend.

We have long been fans of this supreme seasoning, sprinkling it not just on tomatoes and cucumbers, but also on boiled, poached or fried eggs as well as baked beans. We will even douse it on a slice of buttered bread. When a dish needs something, and we find ourselves scratching our chins over what to add, there is always Svan salt to rescue us. But as good as we think the stuff we procure in the city is, nothing beats the real deal from its true source; yet even here we need to be careful of imposters.

“You must have seven ingredients,” Mariam explains. “Salt, coriander, blue fenugreek, marigold, garlic, red pepper, and gitsruli (wild caraway seed), which we harvest in the forests here. If it doesn’t have any of these, it is not Svan salt,” she affirms.

Svans developed the seasoning as a means to stretch their salt reserves.

This mix was no invention of culinary fancifulness. Up here in the boondocks of civilization, salt was a precious commodity. Georgian director Mikhail Kalatozov depicted this in his outstanding 1930 documentary, Salt For Svaneti, which is about how people coped in the isolated village of Ushguli and how the heroic Soviets built a road to the remote area, linking them to the world via a delivery of life-sustaining salt.

Svans developed the seasoning as a means to stretch their salt reserves. “We put it on everything: meat, potatoes, salads, vegetables,” Mariam says. In the corner of her living room is a collection of family artifacts, including a grinding stone they once used exclusively for making Svan salt.

Back in Gardabani, southeast of Tbilisi, where Mariam’s family now lives, her mother and aunt make and package their authentic Svan salt, a recipe that uses more red pepper than most. “We like it spicy,” Mariam admits. They continue to use a large grinding stone, which produces a fine, powdery mixture, and sell it in Tbilisi gift shops. 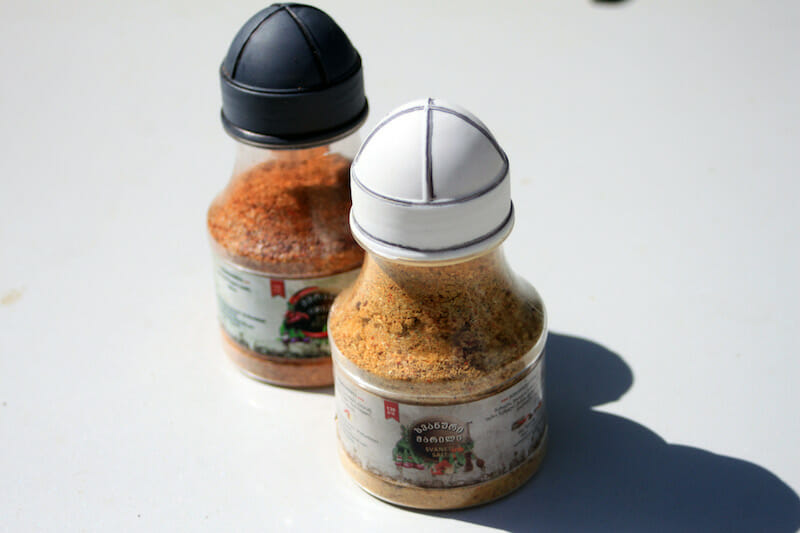 Throughout Svaneti, we see plastic bags of the mix – marketed especially for tourists – everywhere: at markets, souvenir shops, cafés, kiosks. In Mestia, the administrative capital of Svaneti, we are at the local bazaar talking to vendors about Svan salt. One man, Elgujia, tells us he uses 11 ingredients. “The more, the better,” he asserts with a conman’s grin. A woman nearby nods in agreement. We press him on naming the ingredients but he tells us that each family has their own recipe and if they reveal it, “everyone will know.”

Up in Mestia’s steep Lanchvali district, Nadia Margiani and her daughter Rimino sell edibles out of a sidewalk kiosk in front of their house, including generous dime bags of Svan Salt. Five ingredients, they insist, come from their garden. They forage the sixth, gitsruli, in the woods above their home and buy salt from the market. Everything is then processed together through a meat grinder. The recipe has been passed on for generations.

“Whoever has gitsruli has real grandmother’s salt,” they declare, using Georgian slang for Svan salt. Nadia says that a lot of what we see for sale is fake, especially in the bazaar. “People can’t find the right spices. They make it for tourists, who don’t know any better.” 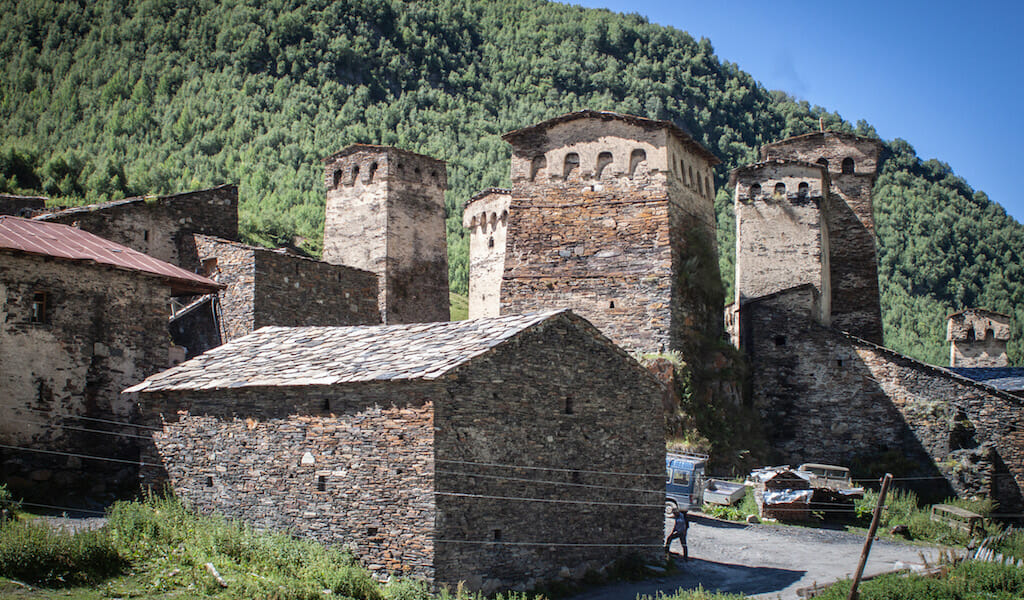