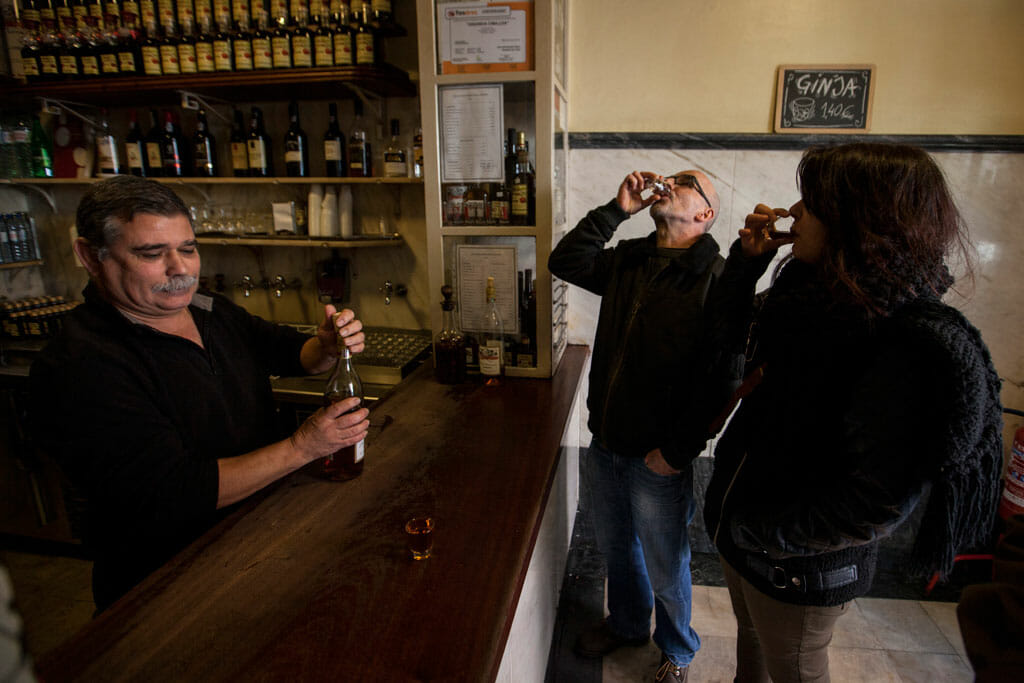 Abílio Coelho is a generous man, offering a smile to every customer while serving each of them the most traditional drink in Lisbon: ginjinha. He has spent 44 of his 63 years behind a counter serving the libation. Ginja Sem Rival, the bar he serves it in, like the best places, is a hole-in-the-wall, and the drink is made in-house.

Ginja is the actual name of the liqueur, which is made from a sour cherry of the same name. The fruit might not be so sweet but is fortunately well suited to being turned into this smooth drink, which is enjoyed both as an aperitif and digestif. Commonly known by its nickname, “ginjinha,” which means “small glass,” it was supposedly created by a Galician monk in Lisbon in the 19th century.

Ginja Sem Rival opened in 1890 and is still run by the same family in the same location, not far from its famous “rival,” Ginjinha do Rossio, the oldest ginjinha bar in Lisbon. Coelho is familiar to many of the bar’s regulars, as he’s been working there longer than any of his colleagues, and he knows exactly what to pour them without asking com ou sem elas? – with or without cherries?

During his tenure there, he has seen and heard a great deal. He recalled one Venezuelan pilot: “He drank 66 ginjas! He didn’t buy a bottle, he wanted to be served the 66 ginjas, and he still managed to leave the bar and walk to Bonjardim” – the nearby piripiri restaurant – “and ate so much chicken!”

The sour cherries with which ginja is made usually come from central Portugal and the mountains in the north, but sometimes the bar has to use fruit imported from Spain.

Besides ginjinha, the bar also makes the liqueur Eduardino from herbs, fruit and aniseed. Though sweeter than ginjinha, its alcohol content is a few points higher than ginjinha’s 23.5 percent. Ginja Sem Rival is the only place where you can find Eduardino. “This clown called Eduardino was a performer at the nearby Coliseu,” Coelho explained, “and was a good friend of the owner. He would mix different liqueurs here and would have a little glass before going on stage. One time the owner tasted this mix and liked it so much that he decided to produce it and named it in tribute to his friend.”

Coming into Ginja Sem Rival for a sip of ginjinha or Eduardino is no laughing matter, though. When in early 2014 the new owners of the building tried to close the bar permanently, there were loud demonstrations outside and many petitions to save it circulated on social media.

The new landlords clearly went too far: Ginja Sem Rival stayed open, to the great relief of many Lisboetas. 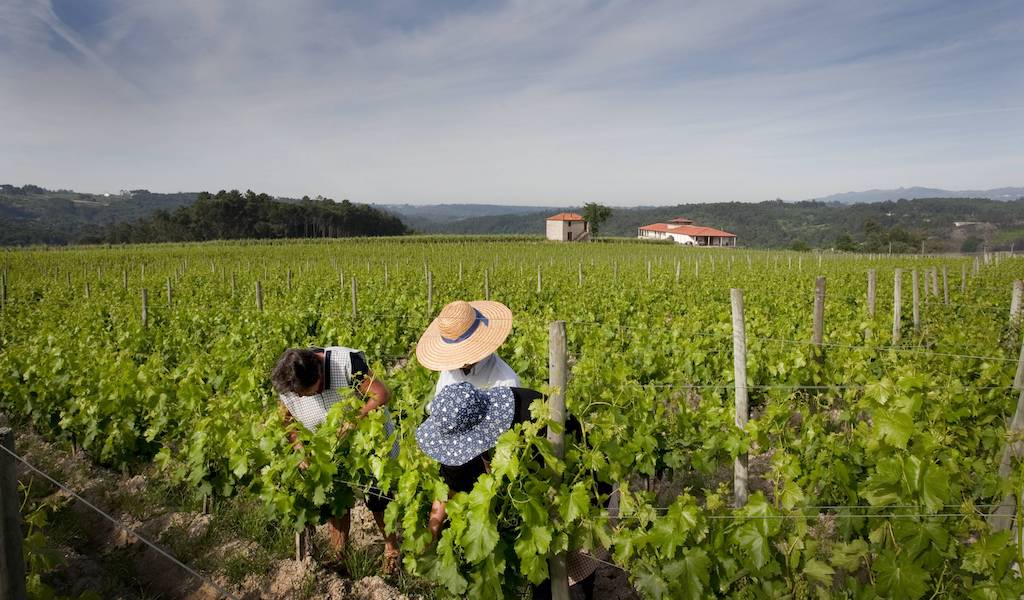