Editor’s note: Tara Milutis, an American filmmaker based in Istanbul, shares the inspiration behind her new short film “Meet Me in Yusufpaşa,” which tells the story of Istanbul’s Yusufpaşa neighborhood, where food knits communities together and expresses the experience of migration and assimilation.

When I first visited Istanbul in the spring of 2016, I was warned against going to areas in the Fatih district that were away from standard tourist paths. “Fatih is dangerous” and “That’s where ISIS fighters stay when they’re coming through Turkey” were some of the remarks I heard when expressing my interest in exploring this part of the city.

Six months later, despite alarmism not just about the safety of Fatih, but of all of Istanbul, I decided to return to the city, this time making it my home. I settled into life in Beyoğlu and became friends with a young Syrian named Yaman, who had escaped the war in Aleppo with his family a few years earlier. Yaman had a passion for exploring the best off-the-beaten-track Middle Eastern restaurants in Istanbul, and on a night out with a group of friends he suggested that we have dinner at a Syrian restaurant in Yusufpaşa – a culinary hub in Fatih’s Aksaray neighborhood.

The warnings from earlier that year rang in my head. “But is it safe?” I asked.

“Yes, of course!” Yaman assured me, and we all jumped on the tram to Yusufpaşa.

The neighborhood immediately enchanted me. It was very much Istanbul – only a few tram stops from Sultanahmet – but very different, with its own special beauty. Signs written in Arabic script, small shops selling spices, and a never-ending array of new foods to discover.

That first night we went to dinner at Tarbuş, a major hub for Syrians in Istanbul. In customary fashion, Yaman ordered more food than I thought was humanly possible to finish, and I had a cram course on Syrian cuisine: fattoush (a lemony and crispy salad), fatteh (a savory bread and yogurt soup), ful (fava beans served with a tahini or lemon and garlic sauce) and of course the Syrian falafel, with its cinnamon and fragrant spices that was like no falafel I had ever tasted before. All of the staff and the customers seated around us were so friendly and welcoming, and I was taken by how it felt like much more than a restaurant – it felt like a community. 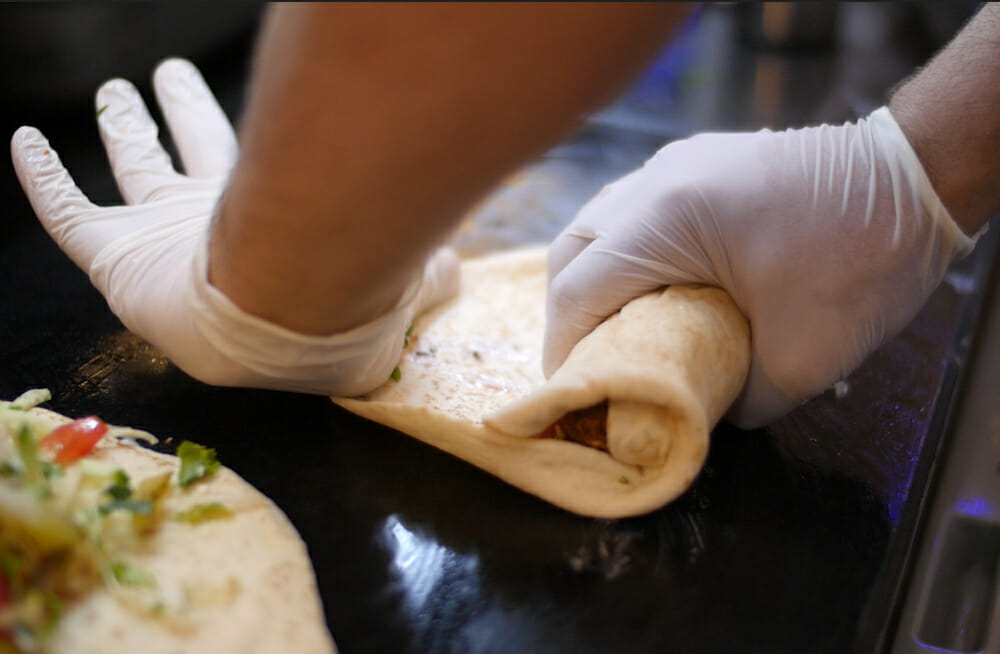 After being fearful to even step foot in the neighborhood, I was now hooked. I would go to Yusufpaşa to eat once, twice a week – exploring Yemeni, Iraqi, Palestinian and even Kazakh cuisine, sifting through Syrian grocers for the best Aleppo soap and buying malban (pistachio candies) at wood-paneled sweets shops.

By the summer of 2018, Yaman and I were in the habit of going to an unremarkable-looking coffee shop across from the Yusufpaşa tram stop called Mavi Café, where we would sit on tiny plastic chairs on the sidewalk, talking to the young Syrians working and hanging out. With Yaman as translator, I was able to hear the stories of their journeys to Istanbul – the struggles, suffering and perseverance that brought them to where they were now. When Ahmet, one of the managers of the café, took me inside to show me their process of making coffee the way Syrians like it best, I understood how important this tiny little café was: It was recreating home for those who left everything behind. That was when I decided to make a film about the neighborhood – about the people, their stories and the food (and coffee) that brings everyone together.

I understood how important this tiny little café was: It was recreating home for those who left everything behind.

I started shooting the film that August, but a job in New York interrupted its production. On my return to Istanbul there was a dramatic change in the public sentiment towards refugees, fueled in part by frustrations with the floundering economy and discontent over government policies regarding refugees. The ruling party’s open-door policy towards Syrian refugees took a startling turn – thousands throughout the city, including in Yusufpaşa, were arrested and deported. Anti-Syrian rhetoric was running wild, with a #SuriyelilerDefoluyor (#SyriansGoHome) hashtag trending on Twitter. Politicians were proposing for Arabic writing to be removed from businesses throughout Fatih.

“Meet Me in Yusufpaşa” was finished in the midst of this backlash, which still continues. And with the recent incursion by the Turkish military into Northeast Syria, which may impact Syrians in Turkey on many levels, their road ahead may continue to be very difficult. So, at this critical time, my hope for the film is that it will shed light on how decent and hard-working Istanbul’s refugee and migrant communities are, and how grateful they are to Turkey for the opportunities they’ve been given. 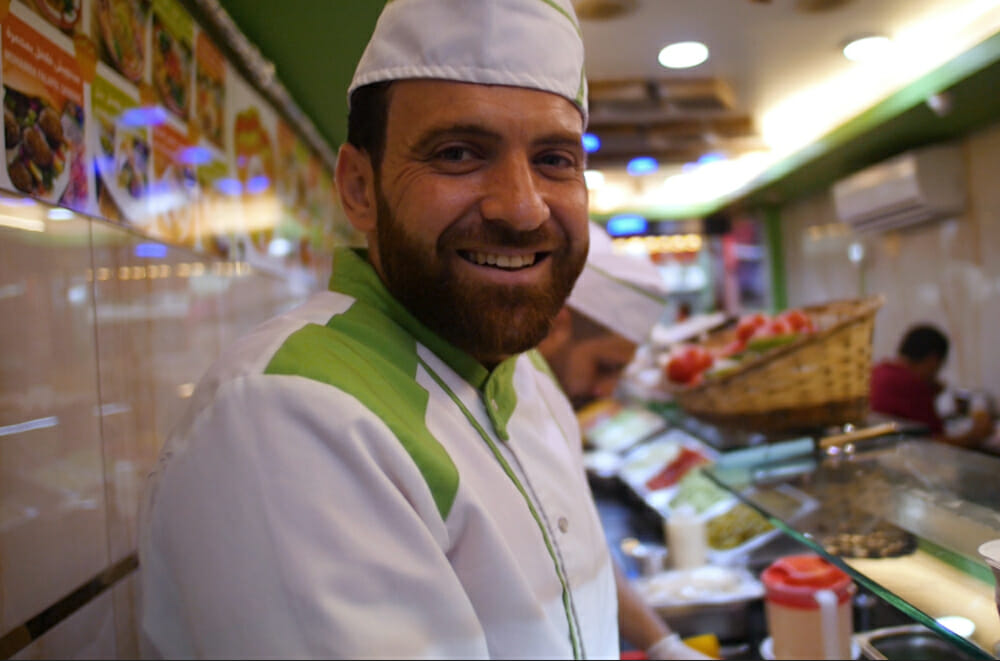 I also hope that the film introduces people to the Syrian, Iraqi and Palestinian cuisines from the homelands of Ahmet, Ammar and Talat, the three men featured in the film, demystifying the food’s otherness and engaging the viewer on a personal level with the much bigger stories at play. It became very apparent to me throughout the making of the film that finding common ground through a love and appreciation of food really does help us to understand and connect with each other, no matter how different we may be.

Considering that Yusufpaşa is in the center of Istanbul, it’s always surprising to me how many of my Istanbullu friends – both Turks and foreigners – have never been to the neighborhood. My only response is, “What on earth are you waiting for?” 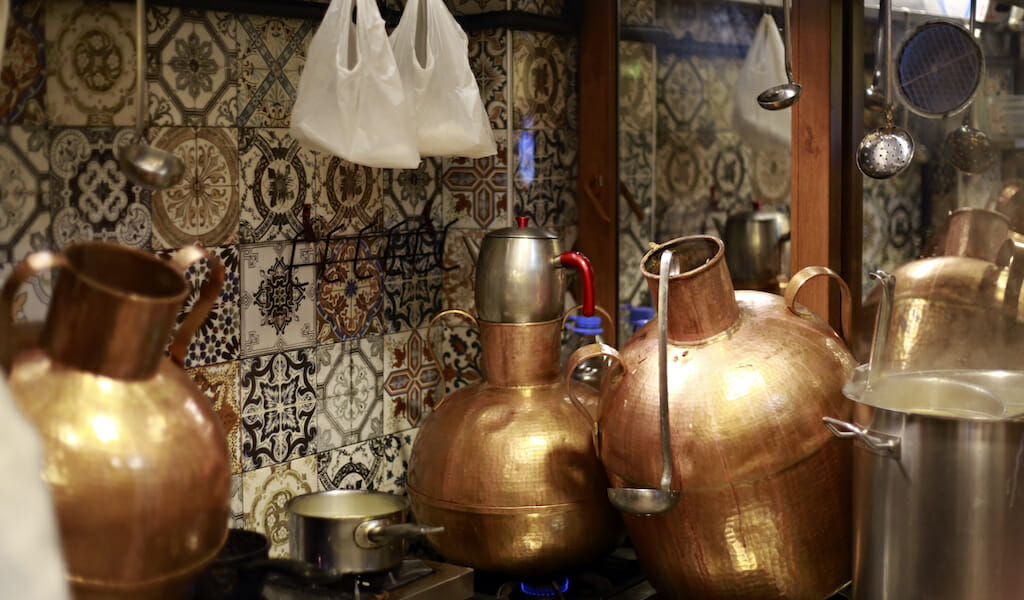 Istanbul | By Dima Al Sayed
By Dima Al Sayed
IstanbulOn a side street in Istanbul’s Fatih district, a neighborhood now brimming with Syrians, a small restaurant makes many passers-by do a double take – the 1960s-style façade looks like something straight out of Damascus. Upon closer inspection, they would see a man inside standing in front of a flame-kissed tandoor, the same one used to…