It’s not a carol, but it is likely the most popular song in Catalonia around Christmastime. Please pardon the profanity necessary in rendering a faithful translation: “Shit, Log, Christmas Log/Don’t shit herrings/Which are salty/Shit nougats/Which are better.” You might also hear Caga Tió/Avellanas i mató/Si no cagas be,/Et dare un cop de bastó. “Shit, Log/Hazelnuts and mató [curd cheese]/If you don’t shit well/I’ll hit you with a stick.”

This time of year, in Barcelona and throughout Catalonia, there are plenty of logs on display – wooden ones, that is, often draped in a blanket, with a smiling face and a traditional red barretina cap. This funny character is the Tió de Nadal (Christmas Log), aka Caga Tió (Shit Log) or the contemporary Catalan version of the yule log, an old European tradition thought to have pagan origins. As part of a ritual to mark the winter solstice, a log was burned to symbolize the coming light and prosperity. This log was kept inside the home for several days before the solstice and was often adorned with green leaves and red berries. It was set aflame on the longest night of the year, and its ashes were kept as a talisman for protection and good luck in the new year. 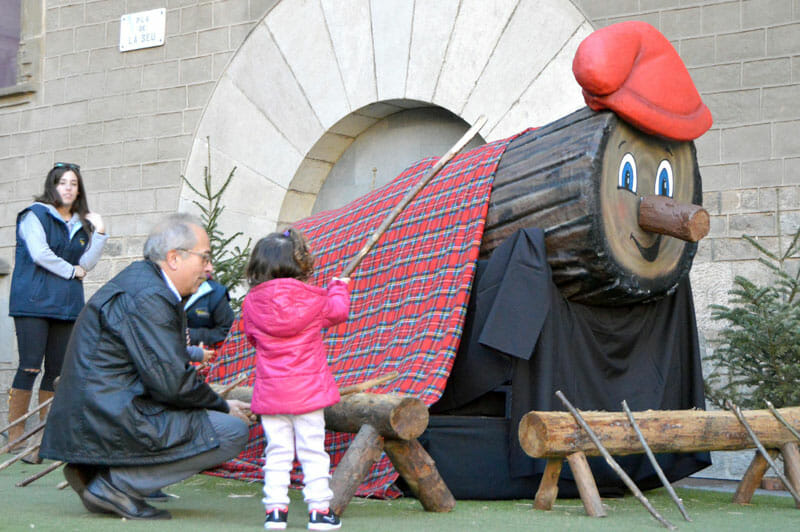 This custom has been all but lost in Europe. What remains are France’s traditional bûche de Noël cakes and, in Catalonia, Caga Tío. The inedible Catalonian version is placed close to the Christmas tree or the Nativity or in a nice spot in the living room on the Feast of the Immaculate Conception (December 8). From then until Christmas, the children of the house must feed the Tió every night. Each morning, they awake to find traces of the log’s late-night feedings (fruit peels, breadcrumbs, candy wrappers), which, of course, have been left by the parents. On Christmas Eve, the children hit the log with a stick while singing the song, to encourage the log to “shit” presents: sweets or toys hidden under the blanket by the parents. This sometimes takes place in schools or as a Christmas event in neighborhoods, fairs, toy shops, etc., but mostly, it’s a tradition that continues in many homes.

In olden days, kids would feed the log simple things like bread or fruit, and the log would expel wonderful turrón, per the song, and other holiday treats. For modern times, the tradition has been upgraded: kids feed the Tió cookies and fruit as well as traditional Christmas confections in order to get bigger, non-edible presents and toys.

While turrón is the undisputed king of sweets around Christmastime, on the table or for the Tío, other, humbler specialties are also much cherished and worth seeking out: 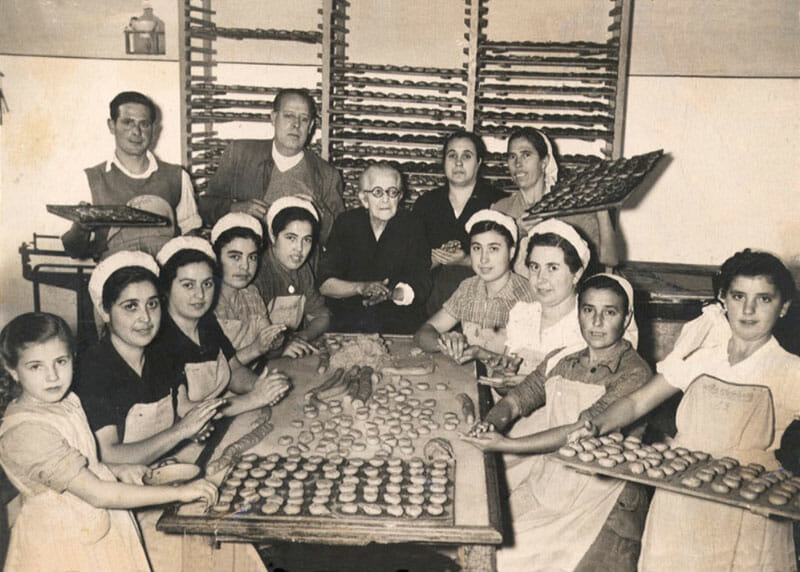 Mantecados
These little shortbreads have 16th-century origins and come from Andalusia in southern Spain, specifically Estepa, where they have Protected Geographic Indication status, and Antequera. Mantecados are made with wheat flour, sugar and lard (manteca in Spanish) and might be flavored with spices, lemon or chocolate. There are also modern versions made with olive oil instead of lard. The most refined recipe was created in the 19th century by Filomena Micaela Ruiz Téllez, known as “La Colchona” (Miss Mattress), who toasted the flour first and kept the interior of the shortbread dry. Today, her company, La Colchona, still makes in Estepa and Seville some of the country’s best and most sought-after artisan mantecados.

Polvorones
The most famous kind of mantecado includes milled almonds in the dough and is given a more oval shape and a dusting of powdered sugar (polvo means powder; polvorón could be translated as “powdery”). It’s tradition to smash a polvorón in your hand before unwrapping and eating it. There’s also a popular game in which you try to say a tongue twister with a whole polvorón in your mouth (try to not breathe too much at the same time). In Catalonia, polvorones are often fed to the Tió. We like the polvorón at Torrones Sirvent. 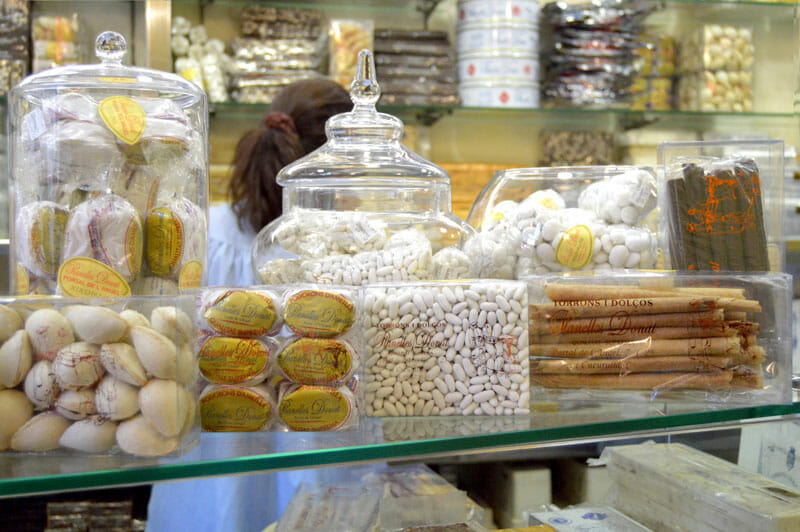 Neulas
These Catalonian treats originated in the 13th century, when nuns would dip rolled communion wafers in wine. Over time, they turned into delicate rolled wafer cookies made of flour, sugar, egg white, butter and lemon zest and sometimes flavored with vanilla. These days, they’re dipped in cava, ice cream or crema catalana (the regional version of crème brûlée) and they might come in all kinds of variations and with coatings on them. Neulas and turrón have long been considered very special treats and were usually the sweets “produced” by the Tío. We like the at neulas Fargas.

Filled Almonds
For these treats, wafer dough is formed into an almond shape and filled with almonds and/or hazelnuts or nougat cream.

Peladillas
Known as Jordan almonds elsewhere, these are almonds covered with a candy shell.