Step into one of Spain’s best marisquerías (seafood restaurants) and on the menu you will find a dazzling display of the ocean’s bounty: big meaty clams of different shapes and colors, cockles, scallops, oysters, goose barnacles, spider crabs and lobsters.

All will have their own delectable consistency and texture and evocative flavors – from intense, sweet or floral to metallic or rich with umami. And most will likely have come from the waters off the craggy coast of northwest Spain’s untamed Galicia region, harvested by generations of artisan mariscadoras (seafood catchers), Galician women whose lives – and livelihoods – are intimately connected to the sea.

Shellfish catching and gathering is a practice that spans back to Galicia’s Bronze and Iron Ages. In Galicia’s villages, strung along the Atlantic coastline, the remains of shells much larger than what are found today still surface. The Romans, who were huge oyster fans, developed the mollusk trade and their participation in it is well-documented into the Medieval era.

Among Galicia’s thousands of mariscadoras is María José Cacabelos, a third-generation seafood harvester. María José is also president of the Association of Sea Women (Guimatur) of Cambados, one of the most productive seafood areas in Galicia. She is our guide to this fascinating and ancient activity, one that provides some of the best shellfish in Spain and – in the eyes of many chefs – the world. 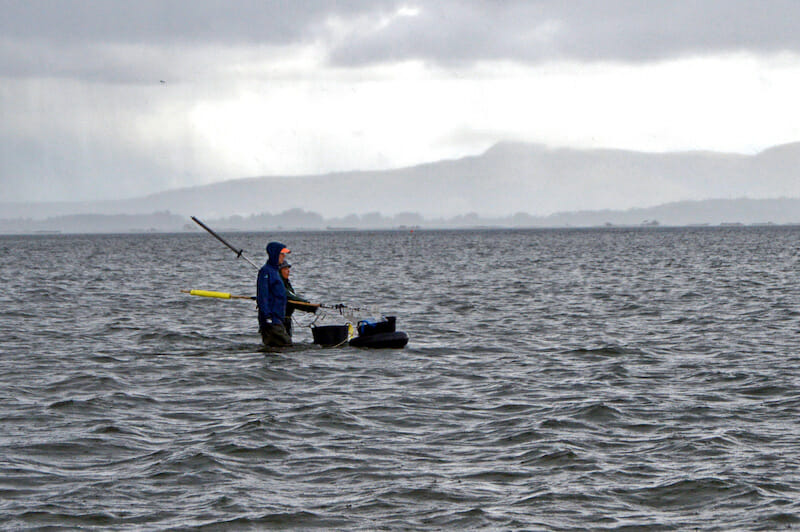 On the day we meet her it is raining hard in Galicia’s Ría de Arousa region and the wind is driving the rain so that is falling almost horizontally. But María José and her fellow mariscadoras are happily joking and comfortably isolated from the elements inside a rainsuit along with long, neoprene boots.  “My mother used to tell me that when she was young, she and my grandmother would go to the seashore to catch shellfish in winter – cold, rain, hail or snow – without any coat or shoes,” María José says. “Sometimes, the seawater was so icy that they had to make a hole in the sand, pee there and put their hands and feet inside to calm the pain.”

In the time of María José’s mother, women did their best to catch as much as they could. “They would carry their catch in a net on their heads or shoulders, no matter how heavy it was,” she says. They would then go door to door, the price of their catch changing depending on their relationship with the client. It was a survivalist economy – not even recognized as a job but rather seen as the duty of a housewife.

Now, on these same sands, we watch groups of dozens of women – on certain days their number can reach as high as 200 – work together with expert skill. They can recognize the type of shellfish based on the tiny holes they make in the ground.  There is an atmosphere of constant activity, excavating large swathes of dry or water-laden sand with special rakes, hoes or long-hooked sticks that have been selected from their colorful marisqueo (shellfish) carts. Many of the carts carry inner tubes, used to keep buckets afloat when the mariscadoras go wading in deeper waters. 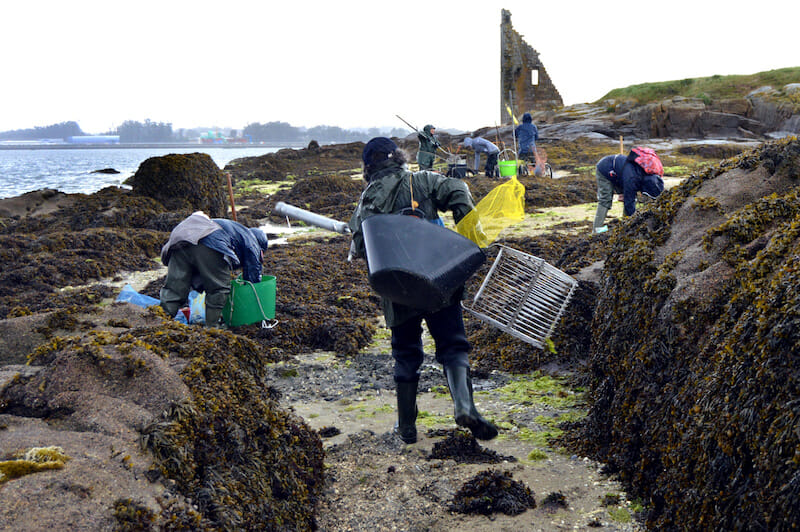 In Galicia, there’s over 1,600 km of intricate, jutting coastline, with 18 rias, craggy coastal inlets, from the Viscay Bay in the north to the Atlantic border of Spain with Portugal in the south. The activity here represents 51 percent of the Spanish fishing sector and almost 60 percent of the country’s aquaculture – which includes shellfish gathering. Galicia is also the top producer of canned seafood, or conservas, in Europe and the second in the world.

The women let out the occasional joke, offering mutual support to each other. The harvesting takes place rain or shine – but always during the first low tide of the day. The work is still hard, but how it’s administered has greatly changed. Training courses in how to fish and forage are available for those who are interested and the seafood collectors are today well-organized into associations. They now wear quality neoprene suits, boots and professional raincoats so that they can wade through the area’s sand banks in all weather.

Starting in 1995, the shellfish catchers – mostly women and currently numbering around 3,700 in Galicia – started to organize themselves, which resulted in them being officially recognized as “Mariscadoras” in 1999. Before, they were simply considered agricultural workers. Now, they are managed by local fishermen guilds and are protected by laws governing work conditions and have access to social security. Their work includes fishing and gathering, but it also involves keeping an eye out for potential poachers and taking care of the sustainability and productivity of their fisheries. 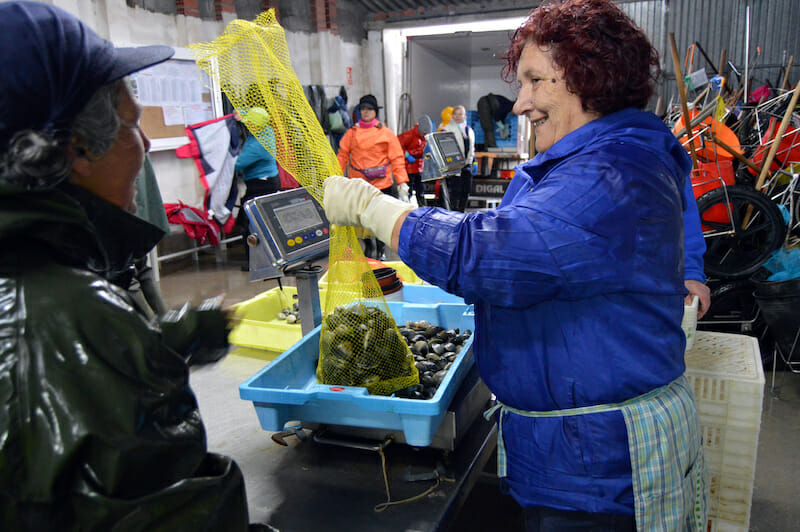 Biologists working with the catchers’ guild now establish daily fishing and collecting quotas while a board establishes the top selling price for the daily catch. The board also helps set prices and guarantee pay for the mariscadoras. The shellfish goes from sands they were harvested in to a checkpoint for measuring and weighing and are then are sent to the fish market, where the conservas factories and purification plants buy then store them for a few days in sterile water. It is at these plants, where any impure water is flushed out of the shellfish, that vendors and restaurants must buy what they plan to sell.

Despite all these changes, the work of the mariscadoras and the rhythm of their day – dictated by the sea – remain the same. Back at the Ría de Arousa shore, María José and her compatriots are wrapping up, the arrival of high tide signaling that it’s time to retreat from the sand and start getting the day’s catch to the afternoon shellfish auction. As the sun peeks shyly from behind the clouds, the mariscadoras change out of their protective gear and share a coffee, leaving their colorful carts parked near the beach to await the next morning’s low tide. 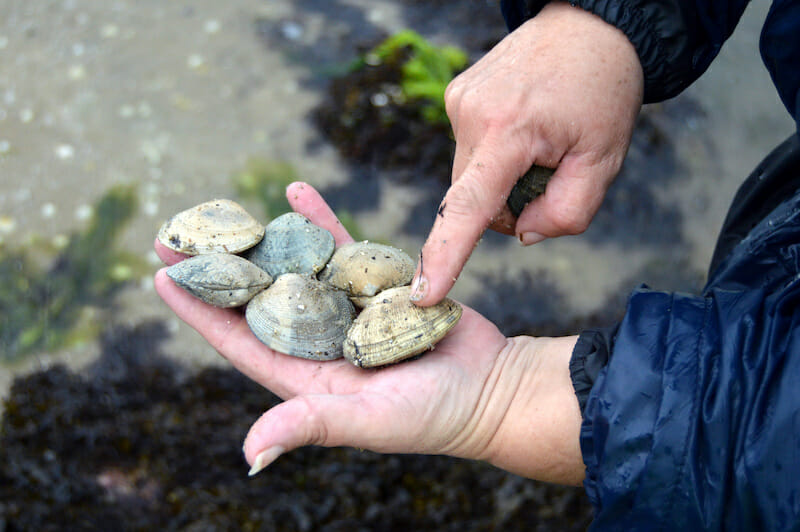 Where to Find Galicia’s Seafood Bounty in Barcelona

Barcelona is home to several marisquerías and markets that offer up the fruits of Galicia’s waters. The high-end classics for a serious Galician seafood splurge are Botafumeiro (Gran de Gràcia, 81), an old-school spot in business since 1975, and Rías de Galicia (Carrer de Lleida, 7). Some favorite seafood spots previously reviewed on Culinary Backstreets include Carballeira, El Joan Noi, La Barca del Pescador, and O Meu Lar (which is also known for its Galician beef) Those looking to buy fresh Galician seafood to cook up themselves can swing by any market in the city, Mercat del Ninot and Mercat de la Llibertat, in particular. 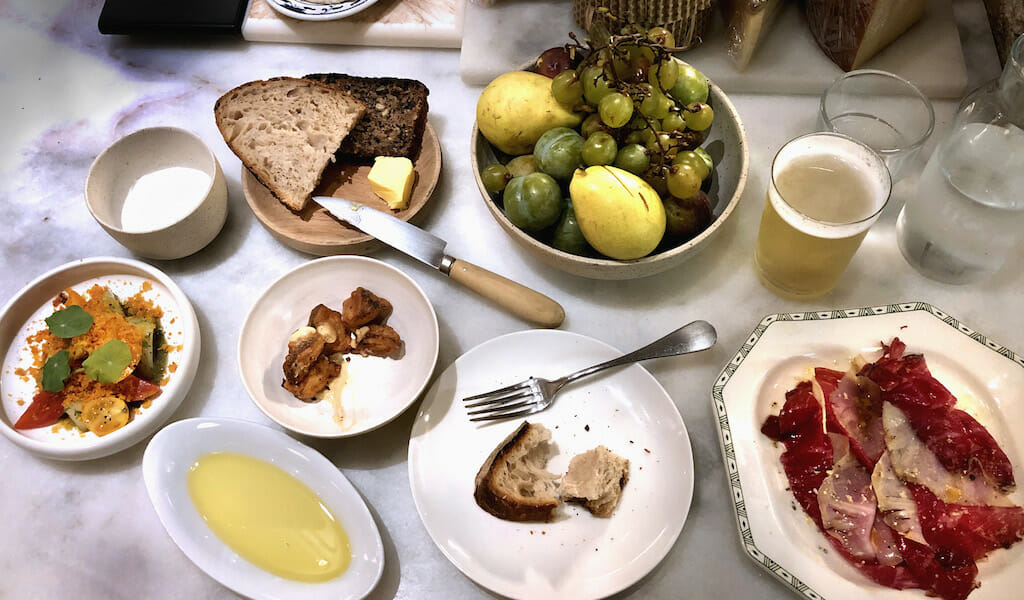 Barcelona | By Paula Mourenza
By Paula Mourenza
BarcelonaIt turns out that, in Barcelona, 2019 was a year highlighted by great things that came in small packages, like pint-sized restaurants and simple, sometimes tiny products that nevertheless were a fantastic source of pleasure. But underlining all of these great, small things was a more fundamental element: their deep connections to people (producers and…