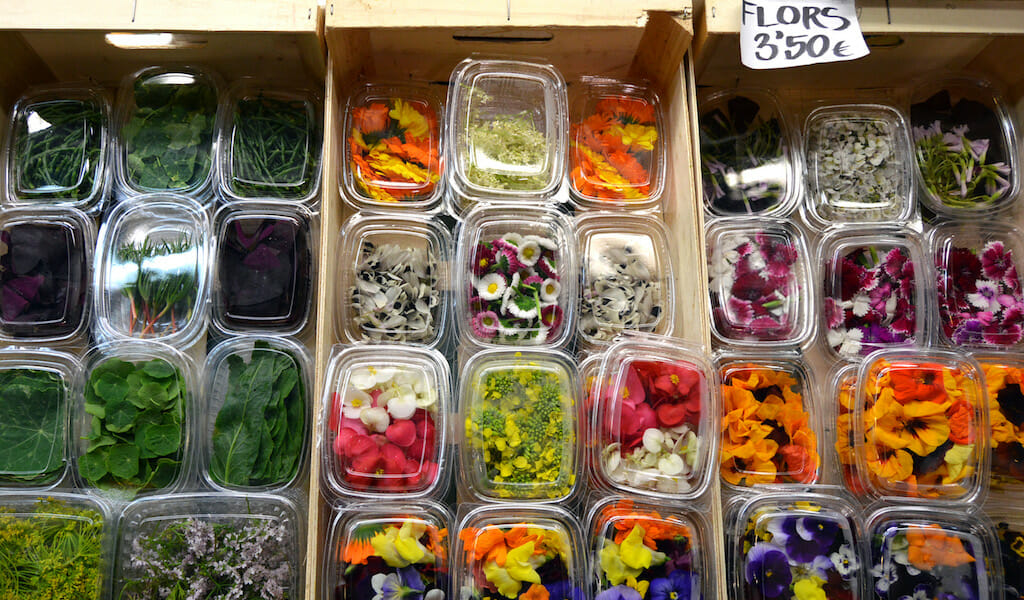 Flowers may be a visual treat, but they are also a regular ingredient in the cooking of numerous cultures. It’s not uncommon to find roses, violets, orchids, chrysanthemums or any number of flowers – more than 200 in the world are catalogued as edible – adding a pop of color or a surprising flavor to a dish.

Flowers have particularly deep roots in Spanish cuisine. They featured most prominently in the food of Al-Andalus, the territory of southern Spain governed by Muslims during the medieval period. Influenced by the Arabs, Andalusian cooks used rose and azahar (orange blossom) to aromatize water and make syrups, jams and pastries.

More widely used were squash blossoms, which then, like now, were typically battered and fried. The practice of preserving saffron flower stems and clove buds and using them as spices also has a long history on the Iberian Peninsula. And in the lavish Renaissance and Baroque culinary traditions, flowers like violet, borage, elderflower and rose were candied with sugar, used to aromatize dishes, or added simply as decoration. 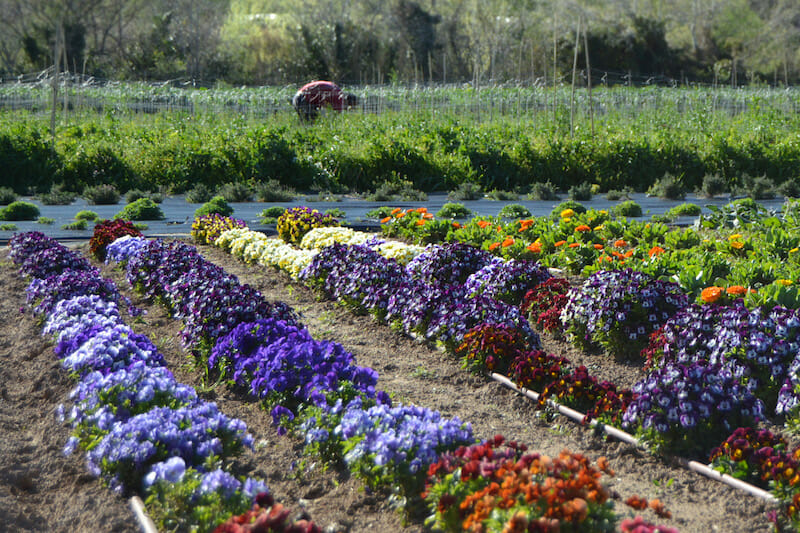 But over time, edible flowers mostly disappeared from the Spanish cuisine, with a few exceptions like cauliflowers, artichokes and capers – all of which are technically flowers but rarely thought of as such. As a result, over the last 20 years, only a very few restaurants in Barcelona regularly cooked with flowers.

It didn’t help that with the introduction of an EU regulation on “novel” foods in 1997, certain edible flowers that “had not been consumed to a significant degree by humans in the EU” prior to the passing of the regulation were, for a time, forbidden in Catalonia. (A 2015 amendment to the regulation further specified the definition of a novel food, which placed edible flowers, whether wild or cultivated, outside of its scope.)

Despite these legal troubles, a few producers continued to offer as wide a range of edible flowers as possible. They were encouraged by some of the country’s most iconic chefs, like Ferran Adriá or Santi Santamaria, who were cooking with a variety of flowers before it became fashionable. Nowadays, edible blooms are showing up on more and more menus in the city.

People used to laugh at them for buying such small squashes solely for their large flowers.

Many of the chefs working with flowers source them from either Petrás or Josep Pamiès, two of Catalonia’s longest-standing flower providers. Best known for cultivating stevia, Pamiès is a pioneering farmer of organic and medicinal plants, and he currently sells flowers from his own garden to a large number of restaurants and shops in Catalonia.

The Petrás family, although most famous as mushroom-sellers, have also been selling edible flowers at their stall in Barcelona’s La Boquería market since the 1980s (the business was founded by Llorenç Petras, but now his son Xavi Petrás runs the show). Originally they sold flowers grown by relatives or farmers they were close with and offered only two or three varieties, like squash flowers and pansies. At that time, Xavi told us, people were laughing at them for buying such small squashes solely for their large flowers. But Llorenç had no reason to listen to the jeers: he was supplying edible flowers to the most famous Barcelonan chef of that time (and his close friend), the iconic Ramón Cabau, owner of L’Agut d’Avinyó, a restaurant that promoted Catalan cuisine. 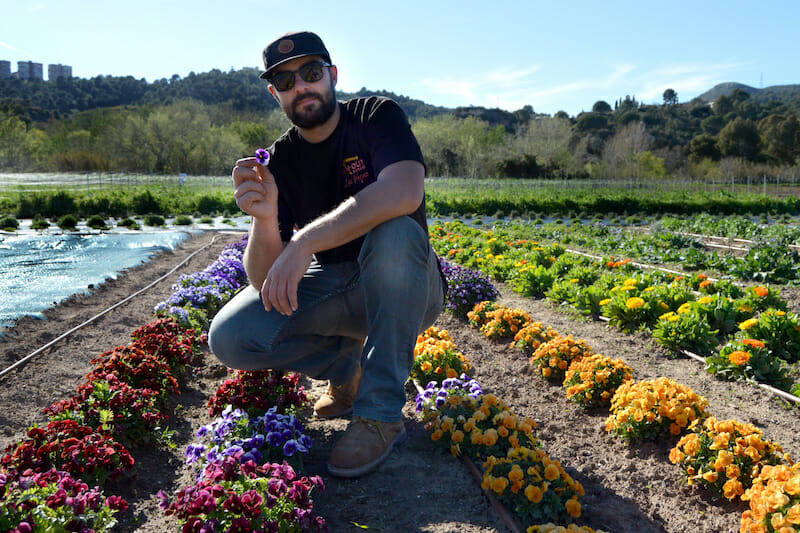 Today Xavi cultivates more than 50 different kinds of edible flowers – the number of varieties depends on the season and he is constantly adding and testing new ones – in his new 150-hectare garden in Olesa de Montserrat. He then sells those flowers to more than two hundred chefs in Barcelona, in addition to the customers that regularly come to his stall in La Boquería.

During spring his garden is positively brimming with edible flowers, the largest number he’ll have all year – the last of the winter buds, those that bloom in spring and even some of the first summer blossoms. “We oversee the entire process – that’s what makes us stand out. I listen to chefs’ needs, supervise the growing cycle, manage the retail shop [in La Boquería] and even deliver the flowers on the same day they’re picked to the restaurant,” explained Xavi as we walked through his splendid new garden. “I sell small quantities, but I can get all different types of edible flowers. Right now I have six types of nasturtiums – the flowers have a wonderful taste, similar to a sweet, soft mustard, but the leaves are even better. And ten years ago nobody was using it in Barcelona.”

The variety is remarkable and inspiring: four kinds of oxalis, which tastes like an acidic apple; pansies in different colors; calendula, also known as the common marigold; white wall rocket, which tastes similar to wasabi; borage, a delicious flower whose flavor is similar in profile to cucumber or even oysters; tubalghia, which smells similar to cannabis but tastes closer to garlic; ice plant, whose purple flowers have a saline taste to them; begonia, which manages to be intense, acid, juicy and crispy; and the surprising Szechuan button, an “electric flower” that has a numbing effect on the tongue. But Xavi has a favorite, he told us: “Salvia [the flower of the sage plant] has an incredibly aromatic scent and a flavor that is amazing – with a touch of oregano and honey, it’s one of my favorites! But it’s so delicate it has to be used in less than 40 hours [after picking].” 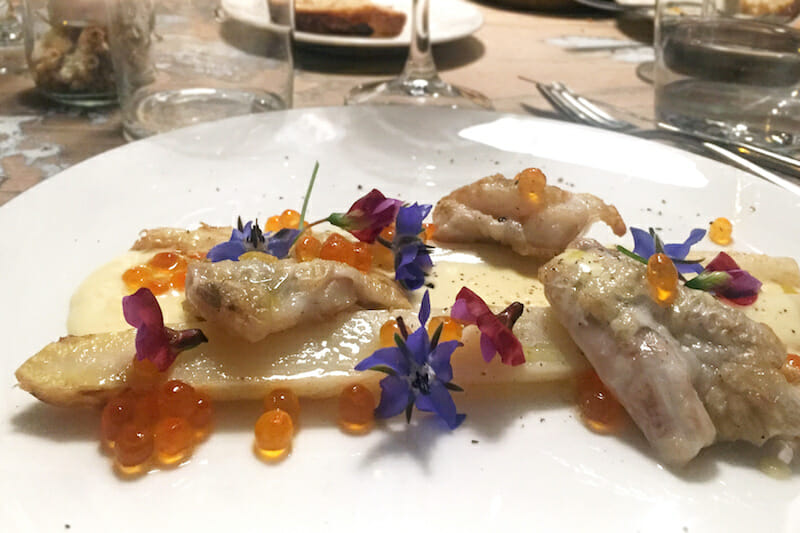 Out of the many restaurants that work with edible flowers in Barcelona, a few are beginning to get involved with their cultivation. A recent example is Agreste de Fabio & Roser, where owners Roser Asensi and Fabio Gambirasi cultivate their own flowers and also forage some wild ones from the Collserola hills behind their restaurant. But most still buy directly from either Josep Pamiès or Petràs.

There have been multiple occasions recently where edible flowers have made their way onto our plates, and we’re certainly not complaining. From the grilled kokotxas (soft, juicy cod cheeks) and salmon roe at Agreste de Fabio & Roser, where the addition of borage brought an oyster flavor to the dish, to the spoon of Catalan picada, made of minced almonds and hazelnuts, that was crowned with a pansy at Sergi de Meiá, edible flowers are adding a touch of color and texture and flavors both subtle and bold – a surprising but welcome sign of spring’s abundance. 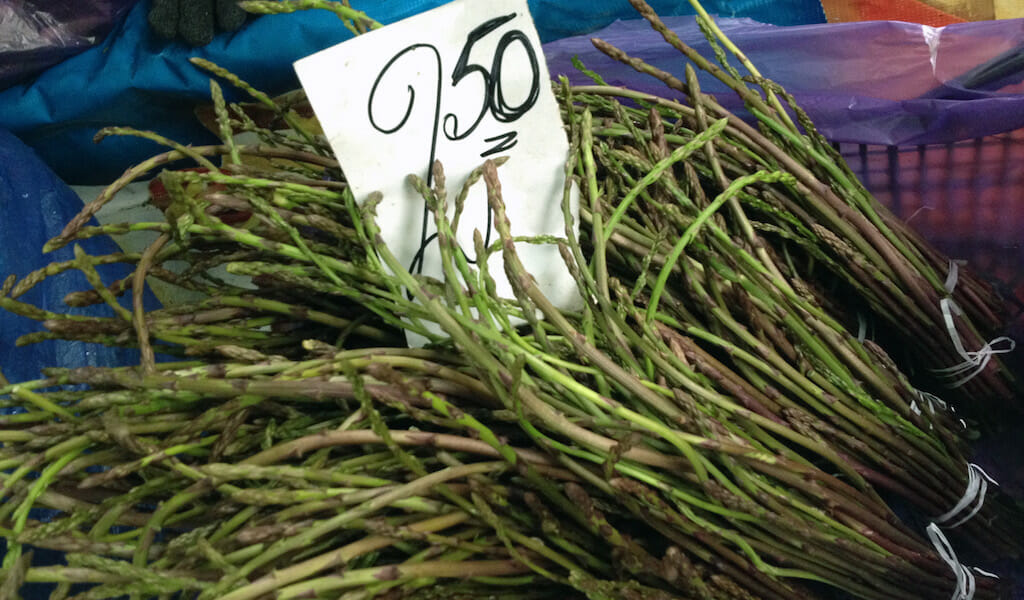