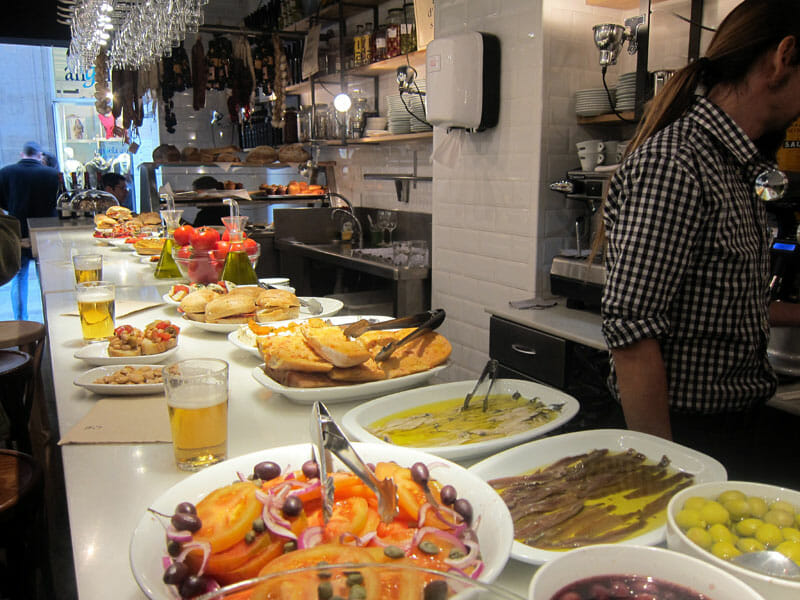 Everyone knows that Germany and France can both make a mean loaf of bread. But what about Spain? When was the last time you heard someone say something like, “What this meal really needs is some delicious Spanish bread!” You’ve never heard anyone say that and the reason is that the bread in Spain is, with few exceptions, decidedly mediocre, with even the smallest bakeries producing the majority of their “fresh-baked” product using partially baked or frozen dough made in factories using industrial yeasts and preservatives.

Luckily, there are a few exceptions in Barcelona, and the bakery Barcelona Reykjavik, established six years ago by Barcelona native David Nelson and his Icelandic partner Gudrun Margret, is one of them. The two met as industrial design students and opened the bakery after the Icelander became frustrated with the lack of quality bread in Barcelona. The bakery uses only ancient varieties of grains, such as spelt and kamut, to bake additive-free breads in a traditional, slow-fermentation process that can take over 15 hours. Rather than industrial yeasts, they use a starter made from corn, peas and yeast from flowers. The fabulous results have made Barcelona Reykjavik one of the most popular bakeries in the city, with locations now in Gràcia, El Raval and El Born neighborhoods.

Having long been accustomed to furtively scarfing down delicious Barcelona Reykjavik brioche rolls or slabs of freshly baked spelt bread while standing on street corners, we were excited when we heard recently that the owners of Barcelona Reykjavik had opened a tapas bar in Barcelona’s Barrio Gótico called Bagauda. Finally, we could have our cake and sit down to eat it, too! 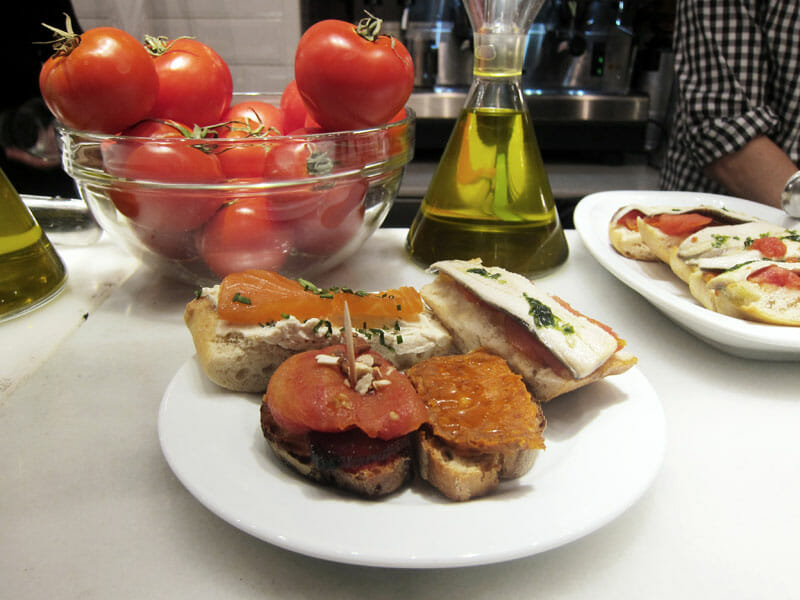 The menu at Bagauda has the usual tapas fare, such as pintxos (small slices of bread with savory toppings piled on top), salads, croquetas, sausages, cheese and seafood such as anchovies, cod, sardines and steamed cockles and mussels, but the difference is in the details. The texture and flavor of the beer-battered bacalao tempura is exquisite, thanks to the cod, which comes from one of the best suppliers in Iceland. The jamón (ham) comes from a supplier that only uses meat carefully selected by specialized “ham tasters” who travel around Spain searching for the best product, while lamb is sourced from an organic supplier in Berguedà, a region of Catalonia in the foothills of the Pyrenees. And of course all the breads, cakes and cookies come from Barcelona Reykavik.

Aside from using only top-quality (and in most cases, organic) ingredients, Bagauda also sets itself apart through its innovative preparations of these ingredients. On our first visit, we found ourselves rendered almost speechless by a mouthful of cured tuna, toasted almonds and sweet, macerated tomato. Then there was the delectable fig and mint cream cheese topped with smoked salmon, and the delight that came with a bit of crispy bread piled high with tasty jamón serrano, locally gathered mushrooms and sunny-side up quail eggs. Unsurprisingly – these people do own a bakery, after all – the desserts at Bagauda are also scrumptious. We finished off our feast with a plateful of Icelandic pepper cookies and a piece of “Gretel” cake made with ground almonds and poppy seeds.

Having only been open for a few months, Bagauda is still constantly evolving, with an ever-changing roster of tapas on its menu. Just as Barcelona Reykjavik has established itself as a top culinary destination in Barcelona, we are more than certain that this newest venture born of a romance between Icelandic and Catalan taste buds is sure to be a hit as well.