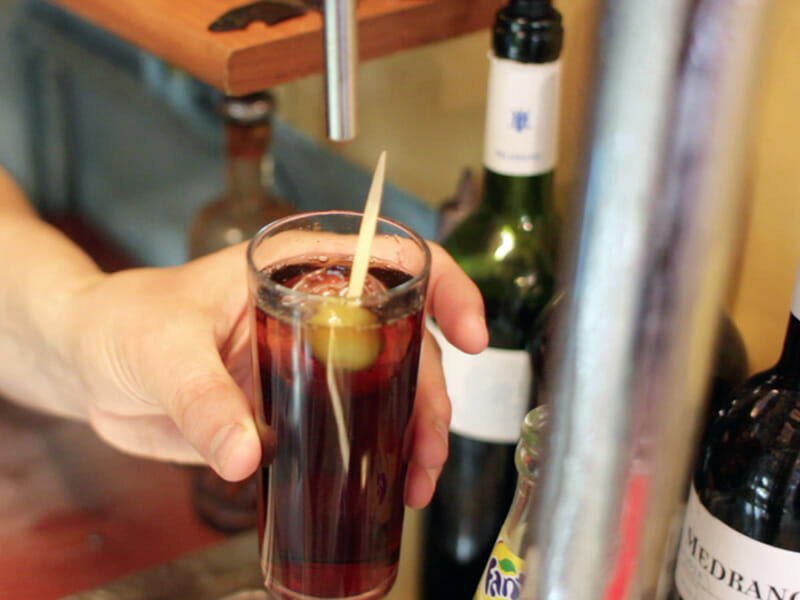 In many parts of the world, sweet red vermouth is assigned a supporting role on the liquor shelf, a neglected bit player occasionally dusted off to sing a tune or two. In Barcelona, however, the aperitif has played a starring role for ages, so much so that some places even serve the stuff on tap. That’s right. Vermouth. On tap.

Going out for vermut was once something older Catalans did after mass, sipping the botanicals-infused fortified wine while discussing the price of sardines. Nowadays ir a tomar el vermut or ir a hacer el vermut are ubiquitous Spanish expressions that mean to have an aperitif before lunch. On any given day, stroll through Barcelona’s Gothic Quarter among the maze of narrow streets and squares, and you will find this centuries-old habit – an activity with social connotations steeped in history – flourishing.

One of the finest spots in town to honor this noble tradition is Cala del Vermut, a popular watering hole bursting with local character in the heart of the Barrio Gótico. No bigger than a rowboat, this cozy little bar specializes in draft sweet red vermouth while paying homage to the Costa Brava on its walls.

Adorned with vintage photos of calas (secluded coves) of the “Brave Coast” as well as nautical ephemera, this family-run bar doesn’t hide its maritime bent. Various bottles and canned seafood line the shelves overhead. Owner Fernando Puerta has even hung some choice pics of his favorite Spanish side, RCD Espanyol, whose mascot is a parakeet. A die-hard Periquito, Fernando is likely to be outside wearing an Espanyol jersey on game days, enjoying a vermouth with friends, as he did one day recently after a 5-1 thumping of Rayo Vallecano. Show up wearing royal blue and white and who knows, drinks might be on the house.

During the so-called hora del vermut – the hour leading up to lunch – patrons literally spill out onto the street. It’s typical to order something to nibble on, such as olives or fresh anchovies, to tide you over until lunch. Of course, Cala del Vermut is an ideal stopping-off place or starting point in the evening as well, especially in summer.

Try a vermut del grifo (draft vermouth) and anchovies from L’Escala or a small plate of olives. Served in a tall straight glass with a couple of ice cubes and a green olive spear, the house vermouth is highly quaffable. Inexpensive and refreshing, Spanish vermouth is a perfect aperitif with a retro appeal. At 18% alcohol, it’s stronger than wine, but a glass or two won’t have you doing anything too embarrassing. This is the way vermut is to be enjoyed, standing around a wine barrel in the company of friends.

Fernando and his wife, Maira Tineo, actually own three Cala del Vermuts, all within several hundred meters of each other on “Cupcake Street” between Via Laietana and the Cathedral. The newest location, further up the street towards Urquinaona, is the swankiest, offering gin and tonics as well as an extensive range of hot tapas and cheeses. The pickings are fewer at the standing-room-only hole in the wall at Magdalenes 6, but this original location has the best atmosphere. There is a two-level sister restaurant with seating down the street at Copons 2. Equipped with a kitchen, this is the place to go for more substantial tapas such as patatas bravas or croquetas. One thing we love about this particular Cala del Vermut is the collection of old-fashioned seltzer bottles on the tables, which are there for you to splash a bit of soda water in your vermouth, self-service style. A word of caution: go easy on the powerful trigger, which can hose your neighbor if you’re not careful. 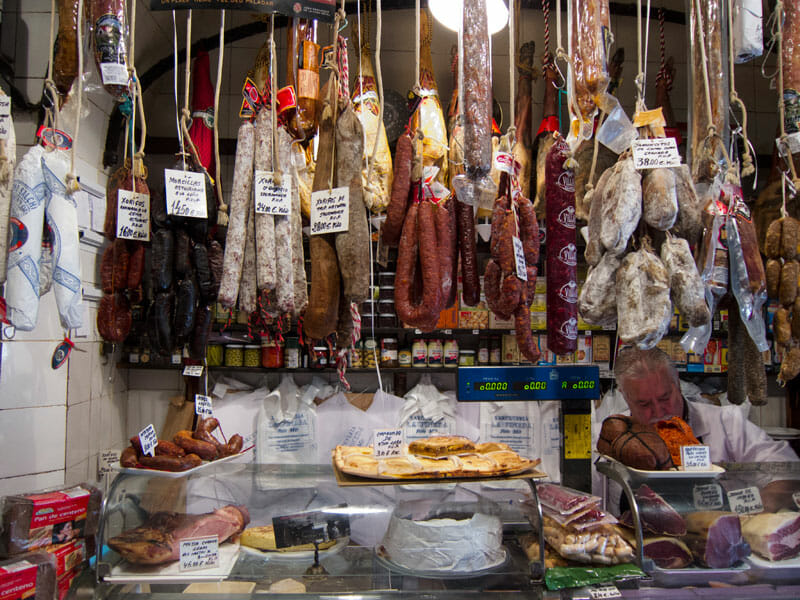 Barcelona | By Johanna Bailey
By Johanna Bailey
BarcelonaIt’s almost impossible to pass through Barcelona without setting foot in the Barrio Gótico, a warren of narrow, winding streets and medieval buildings that is the historic center of the old city. It’s also the epicenter of Barcelona’s tourist trade, which means that amongst all the Zara window displays, souvenir shops and tapas joints of…