Like Greek Easter, the Monday after Carnival Sunday is a moveable holiday – this year it falls on March 15. Known as Kathara Deftera (Καθαρά Δευτέρα), which translates as “Clean Monday,” this day marks the official commencement of the forty days of fasting before Easter, called Sarakosti (Σαρακοστή) in Greece but more generally known as Lent. (Clean Monday is celebrated exactly 48 days before Easter Sunday.)

This Christian celebration is traced back to the Byzantine period. The day was named Kathara Deftera because it was (and still is) a time for cleansing, both of body and soul. It also calls for literal cleaning: For example, on the morning of Clean Monday, people traditionally washed their pots and pans using hot ash water and dyed their pavements white, practices that are less common nowadays. 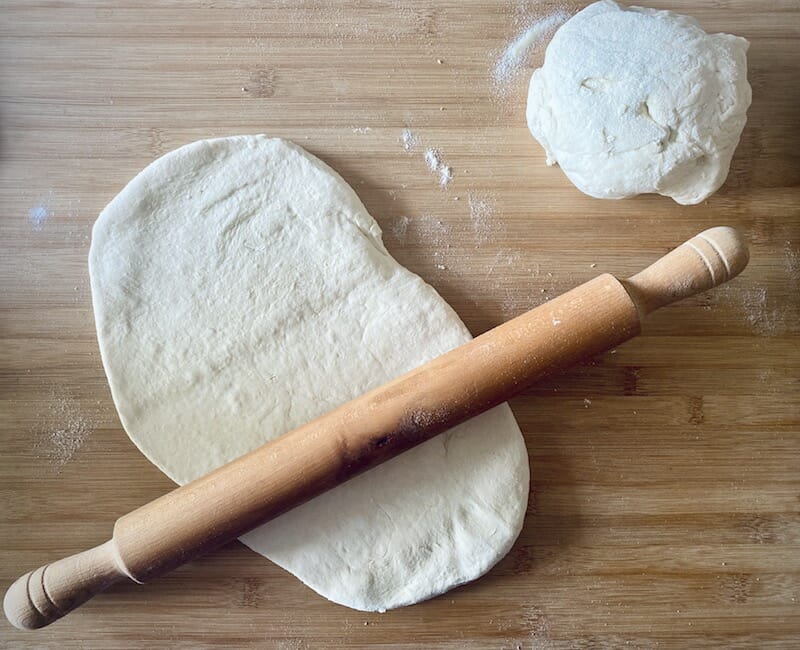 Perhaps the most widespread tradition on Clean Monday is koulouma, the act of going outside for a picnic (featuring all the main dishes consumed on that day), which often involves playing music and flying a kite. Weather permitting, the Greek skies are filled with colorful kites on Kathara Deftera, and groups of excited children can be seen running after them. Another fun tradition, especially for kids, is the maypole, or gaitanaki, as we call it. This day essentially belongs to Carnival, and there’s a festive feeling everywhere. After the detoxing lunch, people end up drinking wine, singing and dancing, preferably outdoors, surrounded by nature.

Lunch on Clean Monday is typically simple, yet divine. We only eat foods that are allowed during the fasting period, such as pulses, particularly fasolada (bean soup), pickles, olives, and bloodless seafood, like shellfish, octopus, calamari and crustaceans. The stars of the day, however, are undoubtedly taramosalata (fish roe dip), a flatbread called lagana, and tahini-based halva – all three can be found on most tables (or in almost every picnic basket).

Lagana’s origins go back to lagano, or artolagano, a type of ancient bread that Aristophanes mentioned in his play “Assemblywomen” (392 B.C.). Later, Atheneus described this recipe in the third book of his 15-volume Deipnosophistae (“Dinner Sophists”), an ancient cookbook that I treasure dearly. According to Atheneus, this flatbread was kneaded along with wine, some kind of fat (most likely lard) and pepper, and then baked over charcoals. Focaccia is thought to have derived from these flatbreads; however, focaccia is far oilier than Greek lagana. 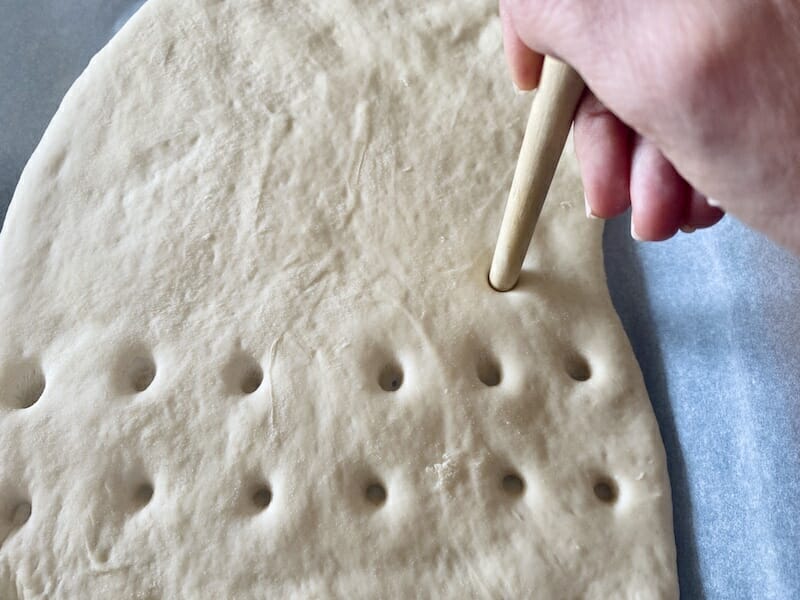 Most lagana recipes are quite similar. They are usually made with yeast (dry or fresh), olive oil, some sugar, honey or grape molasses, and plenty of sesame seeds sprinkled on top. Some substitute tahini for olive oil, a custom quite common on the island of Crete as well as in monasteries, where fasting is stricter and often olive oil is not allowed. The fun thing about making lagana is pressing down on the dough, either with your fingers or the end of a spoon, to create the bread’s typical design. Next, it’s often brushed with sugar water or grape molasses or watered-down honey to add sweetness, although others (me included) just brush it with olive oil. This helps the sesame seeds to stick, which is important since they add a lot of flavor to the final product. I love to add nigella seeds as well, since they bring a pop of color and make the bread taste nice!

My recipe here yields two large lagana flatbreads. These are very moreish and go quickly – trust me – but you can half the recipe or freeze one of the two laganas after it’s baked. 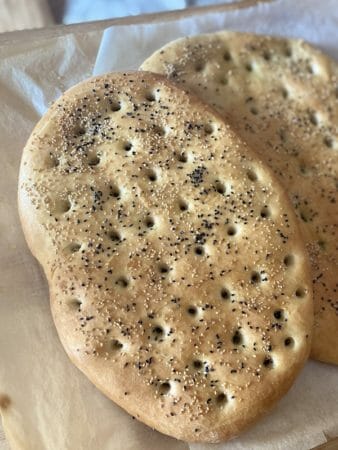 In a bowl mix the yeast with the sugar and 100 ml of water. Let stand for 15 minutes until it is activated and bubbles form.

In a large basin, add flour and form a well. Pour the yeast in the center, then the oil and gradually add the rest of the water, while mixing gently with your hand. Add in the salt and knead it. Once you can properly knead it, transfer the dough onto a floured surface and knead for about 15-20 minutes until you get a nice elastic dough that doesn’t stick much on your hands. (You may need to flour the surface a few times if you feel the dough needs it.)

Shape into a ball and place into a greased (with olive oil) bowl. Cover with a towel or cling film and let it rise for 1.5-2 hours.

Uncover, and press it to check if it’s risen correctly. It shouldn’t come up immediately when you press it.

Line two large baking trays with parchment paper. Divide the dough in two equal pieces. With a rolling pin, roll it out into a thin flatbread about 0.5 cm thick (it shouldn’t be much thicker than that because it will rise again). Place the laganas on the baking trays (one per tray). Cover with clean towels, and let them rise for 20-25 minutes.

Preheat the oven at 220 degrees C while the flatbreads are rising.

Uncover and create indents all over the flatbread with the tip of your finger or the back of a wooden spoon. When you press, go all the way down. Brush with olive oil and sprinkle with sesame and nigella seeds. Bake for 10-12 minutes until nicely browned. Let it cool on a rack for a few minutes and enjoy it warm, ideally with taramosalata.

Kala Koulouma! (Happy Koulouma, as we say in Greece on Clean Monday!) 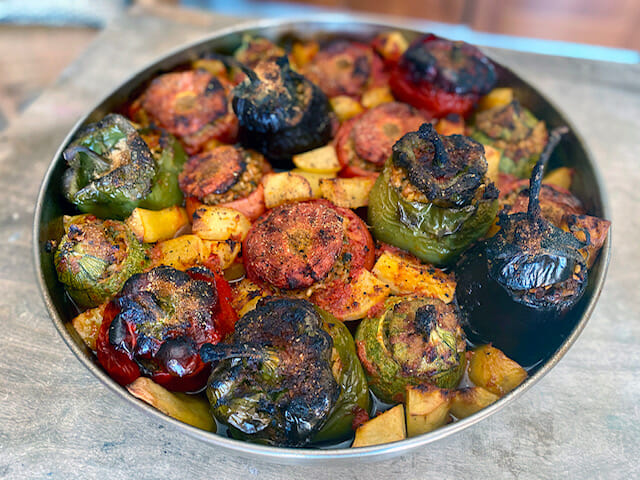 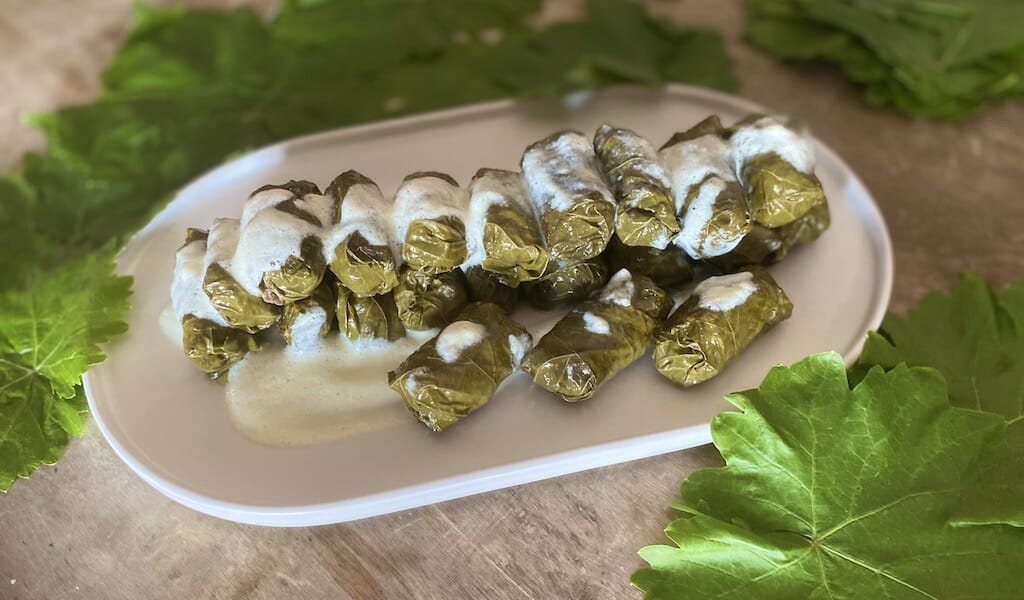