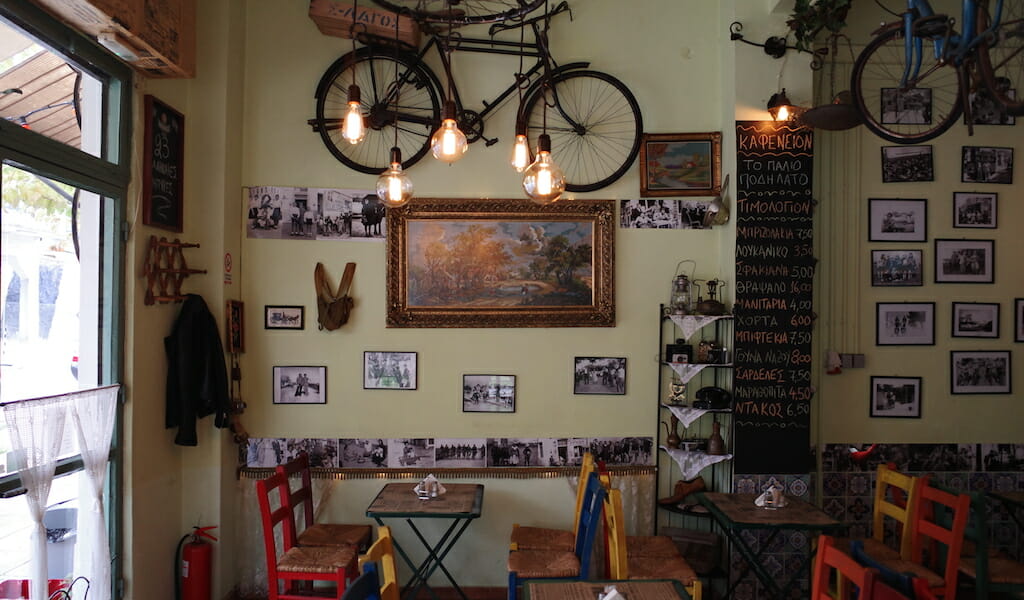 It was a frosty dark night just before the solstice and as we walked the 10 or so minutes from the Keramikos Metro to our destination, we passed familiar favorites like A Little Taste of Home and places as yet unvisited that seemed alluring. But when we ventured further into the unknown, the street was empty both of pedestrians and lit storefronts. Where was this restaurant?

A few blocks more brought us back to terra cognita. The Old Bicycle (To Palio Podilato), its window bright and with a bicycle hanging inside, turned out to be practically next door to the Benaki Museum’s Pireos Street annex, one of the city’s most exciting museums for modern art, photography and foreign exhibitions.

How had we missed it? 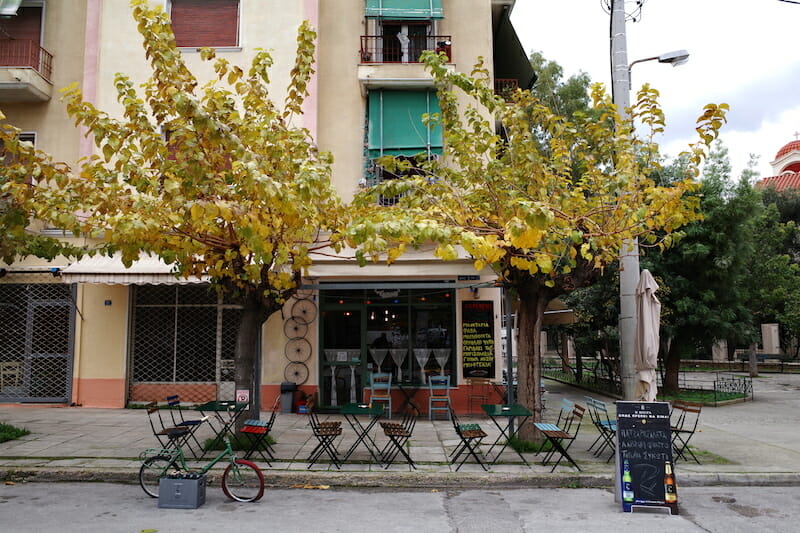 The warm, welcoming dining room is so funky just stepping into it brings a smile. Besides bicycles hanging from the ceiling – above the counter and across a wall – there are vintage lights dangling from a bicycle wheel, while the whole ambience is that of a curiosity shop. Old newspapers line the window tops, old family photos dot the walls, an ancient gramophone, sewing machine and iron preside over one high shelf, and yellowed facsimiles of newspapers act as “tablecloths” for the ten metal tables.

As chef Tassos Papadatos later told us, he “always liked old objects and wanted to create the atmosphere of a 40s-50s-era kafeneion. The bicycle belonged to my grandfather. It was just lying abandoned in the back yard, but we fixed it up and then it became the centerpiece of our collection. And we had to get a couple more to continue the theme.”

The warm, welcoming dining room is so funky just stepping into it brings a smile.

The attention to detail is faultless: We marveled at the floor tiles and “jazzy” geometric patterned tiles on the side of the counter, above which old-fashioned metal retsina pitchers hang under a row of Greek beer bottles and a second tier of ouzo bottles gleaming like stained glass.

We almost didn’t need to eat anything we were so entranced by the décor. 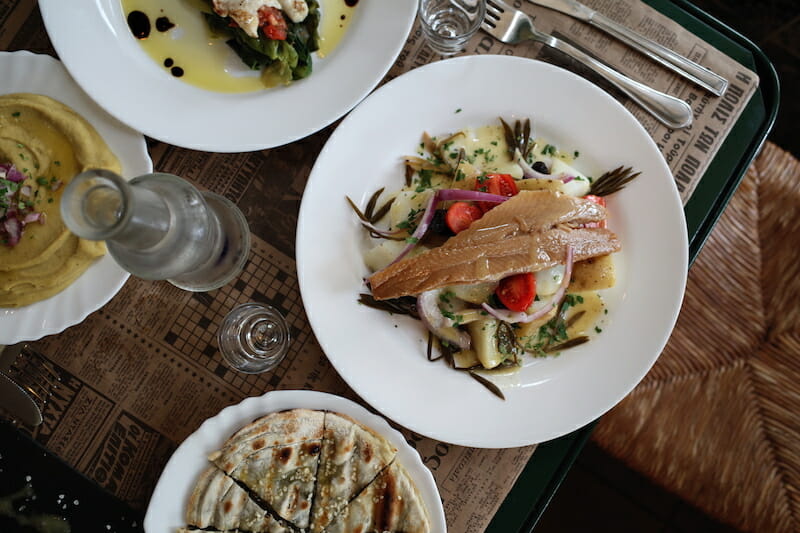 But we were glad when our meal came and glad we listened to Christos, the waiter, who insisted we try the curried fava with coconut milk and the Cretan fennel-frond pie, which is “grilled not fried,” as thin as a crepe but succulent at the same time. We knew we wanted the plat du jour, juicy spare ribs with honey and orange (something you rarely see in a Greek eatery), the medley of mushrooms with a lemony sauce, and the horta – tender mustard greens unexpected at this time of year. As for the “French potatoes Brava,” roasted with rosemary, onion and garlic, they launched us onto cloud nine.

All that food demanded several containers of a very good house white, malagousia, although we could have chosen from 23 Greek artisanal beers. Thoroughly sated, we were nevertheless persuaded to partake of dessert, offered on the house, a slice of honey-lemon cake served with a dollop of something ineffably light, white and delicious. Naturally, we wiped that plate clean like all the others, while polishing off a fifth carafe of wine.

After that, Tassos was free to talk, and we could devote our full attention to him. A family man with two kids, aged 3 and 13, and a wife named Christina, he has been cooking since he was 16 or 17 years old. He studied both at Essex Culinary College in the UK and Le Monde in Athens, “where the cuisine is French-inspired, for better or for worse!”

He told us that he had traveled all over Europe and Asia, picking up ideas, and had worked for several years in Bahrain as well as in Greece, before he and Christina decided to open their own place in September 2014.

“People asked me how I dared to open something when Greece was in mid-crisis, but my answer was ‘I can’t sleep anyway so why not give it a try?’” 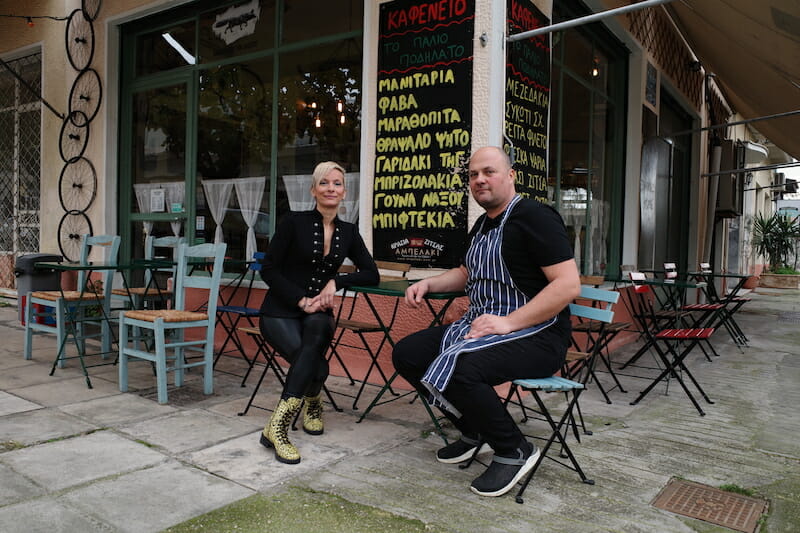 The menu reflects his deep appreciation of Greek regional cooking combined with imaginative tweaks based on his travels and insistence on quality products, like those delicate mustard greens which haven’t really hit markets yet. Besides at least 16 tempting mezedes, there’s a choice of grilled meats and equally tempting seafood ranging from tuna with wasabi mayonnaise to grilled gouna (sun-dried butterflied mackerel or mullet). And of course a handful of new specialties every day.

“New ideas come to me at night. For example, I can have a fight with my wife, go to bed, make up the next morning and then make something spicy,” he said.

Whatever Tassos’ secret, The Old Bicycle met with our full approval. And we’re looking forward to revisiting the Benaki Museum’s Pireos Street annex just to have an excuse to have lunch there. Meanwhile, the friend who discovered it had this to say: “You can’t imagine how lovely this place is when it’s warm enough to sit outside. It’s so quiet, very little traffic and there’s a small park next to it. You hardly know you’re in the center of Athens.” A spot for all seasons, and the prices are right too. 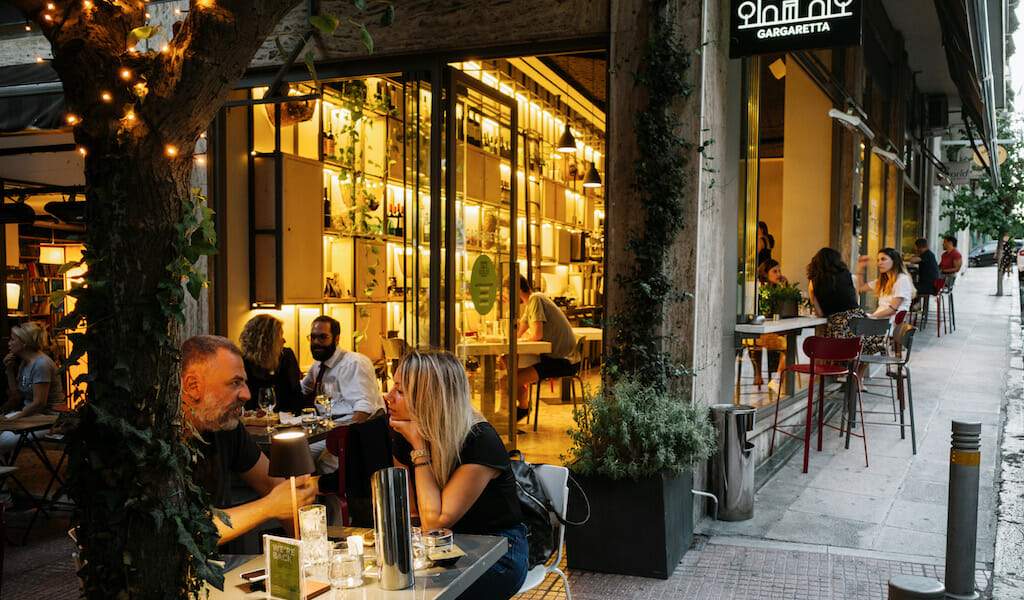 Athens | By Carolina Doriti
By Carolina Doriti
AthensConsidering its prime location between the Acropolis and the neighborhoods of Petralona, Kallithea and Neos Kosmos, the fact that Koukaki has seen a wave of development in the last 15 years is no surprise. Cafés, bars, restaurants, hotels and Airbnbs have sprung up all over the neighborhood, making it an increasingly popular destination for visitors.… 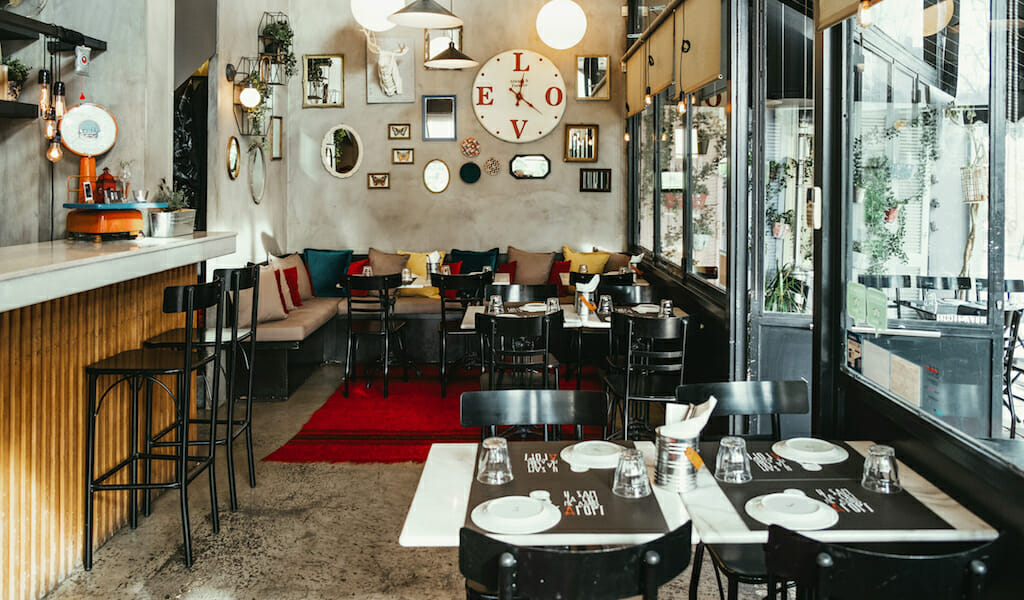 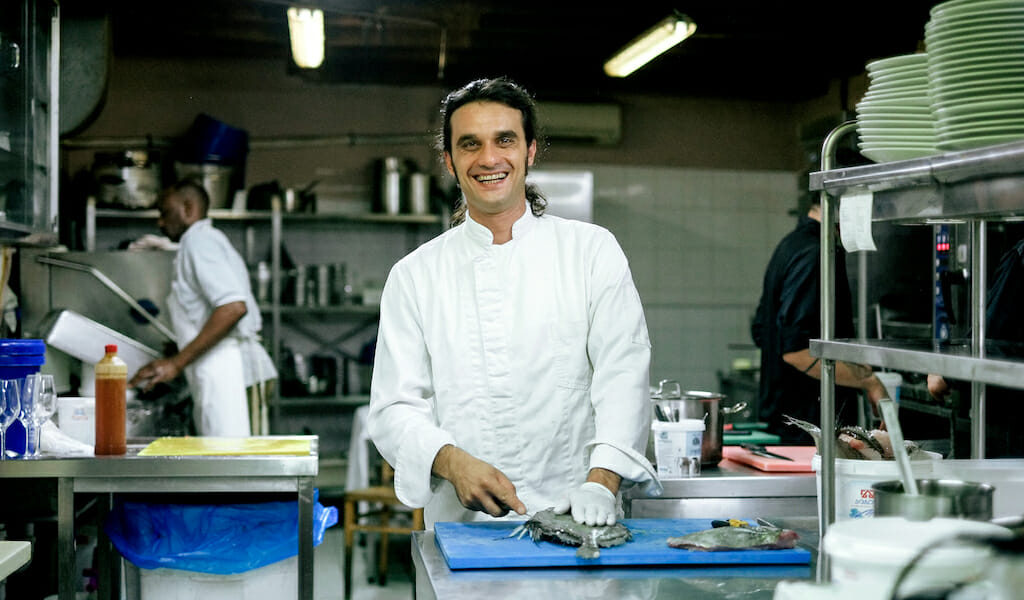 Discover the up-and-coming Keramikos neighborhood on our new walk!

Athens | By Christiana Thomaidi
By Christiana Thomaidi
AthensOn a busy thoroughfare in Keramikos near the bustling neighborhood of Gazi, it’s easy to miss Athiri – but we urge you to keep an eye out for this culinary gem. When we last visited the restaurant, the polite waiters welcomed us with gracious smiles. We chose a table in the verdant courtyard, a small…