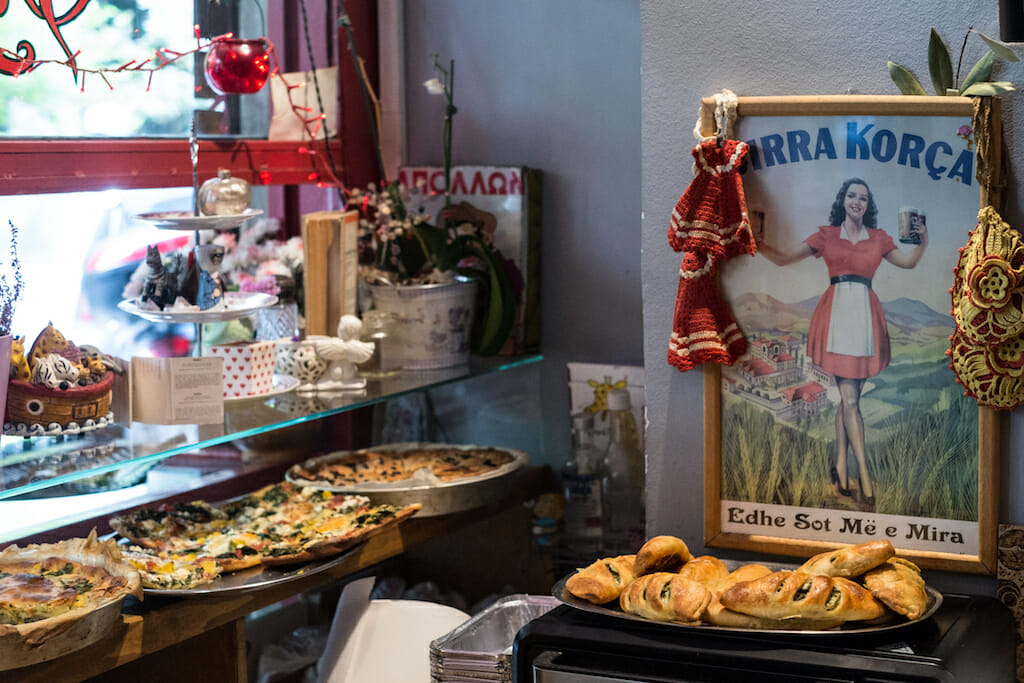 The downright whimsy of Filomila is hard to ignore – or resist. Perhaps it is the red exterior with the French-inspired script or the vintage bric-a brac and posters that cover the walls. Or it could very well be the sight of all the pies, sitting patiently by the window just asking to be eaten.

One thing is sure, most of the shop’s allure stems from the energy of its owner, Efstathia, who four years ago decided to go rogue after working in various Athens restaurants and open up with just 3,000 euros to her name, against all advice from friends and family. 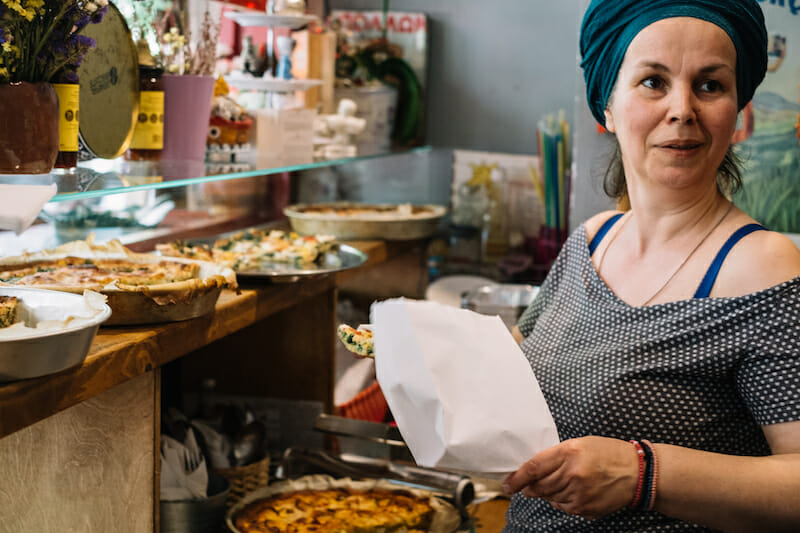 “They thought I was crazy, but I knew I had to start something of my own,” Efstathia says. “I have worked in the restaurant business for 25 years as a cook and chef in fancy establishments and well-known restaurants. But eventually, I needed to make my own path.” The shop opened in December 2015 and sells only vegetarian tarts and Greek-style pies, plus some dishes of the day. “Meat to me just smells weird, so I am vegetarian, almost vegan, and that is why I only serve vegetarian food,” she says. But Efstathia learned she cannot metabolize the protein in vegetables, and she should actually be eating more meat. The irony is not lost on her. “Life is a strange thing,” she says.

“Filomila is a political and philosophical act, not just a pie shop.”

Eftsathia comes from Epirus, an area of Greece well known for its pies, but she wanted to make something completely new for her shop. The base of her tarts closely resembles traditional Greek phyllo pastry in the sense that it has no eggs or butter (or margarine), just olive oil, water and flour. It is crisp, tasty, light and so different from the rich brisee pastry that the French use in their tarts. The fillings are equally different, with combinations like red lentils, spinach and beets or peppers, figs and cheese–  and the flavors change daily. “We make about 10-12 savory tarts and pies per day, plus a couple of sweet ones. I use about one egg per pie plus traditional Greek sheep’s yogurt. This makes my pies so light. For the sweet ones, I only use my own preserves. We also have a few dishes like mushrooms with potatoes or chickpeas with rice and mustard,” Efstathia says.

During our conversation, she constantly greets passersby and chats with customers sharing their life’s woes. “I have a strong personal relationship with about 80% of my clientele, and that gives me the strength to do my job well. Food has healing properties, and all our feelings go into it when we prepare it. When I am angry, my food just does not taste as good!” she says.

Greek coffee, teas, beer and homemade drinks can also be found at Filomila. “We make vyssinada (sour cherry drink), fraoulada (strawberry drink) and lemonada depending on the time of year. The strawberry one is our best seller,” Efstathia says.

Prices are surprisingly low considering the quality of the food. A generous slice of pie will set you back 2.50 euros to take away, or 3 euros to eat in. If you add salad on the side, it goes up to only 3.50 euros while the cooked food portions cost between 4-4.50 euros.

The pie shop is located on a graffiti-covered side street in Exarcheia, perhaps the most “alternative” neighborhood in Athens, known for its leftist and anarchist politics. So the prices are reflective of neighborhood values but also Efstathia’s. “I have friends who insist I should bump the prices up, but I can’t,” she says. 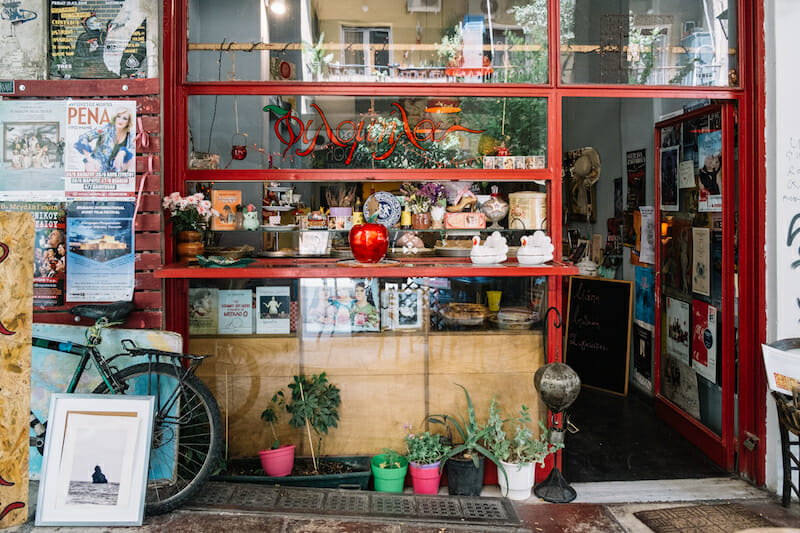 “There are people who eat from the garbage in this neighborhood, students who will otherwise choose a readymade frozen pie from one of the chains. I make enough money as is, so I am happy to help a little bit those who can’t afford to buy a good meal. Filomila is a political and philosophical act, not just a pie shop. Everything we do should reflect our beliefs and I try to live as I preach.” 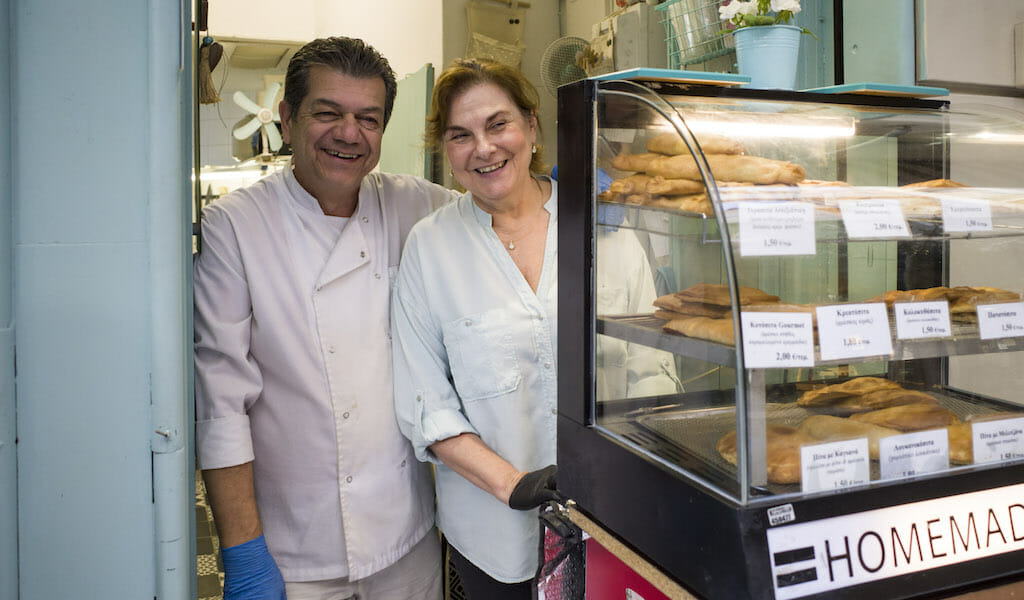 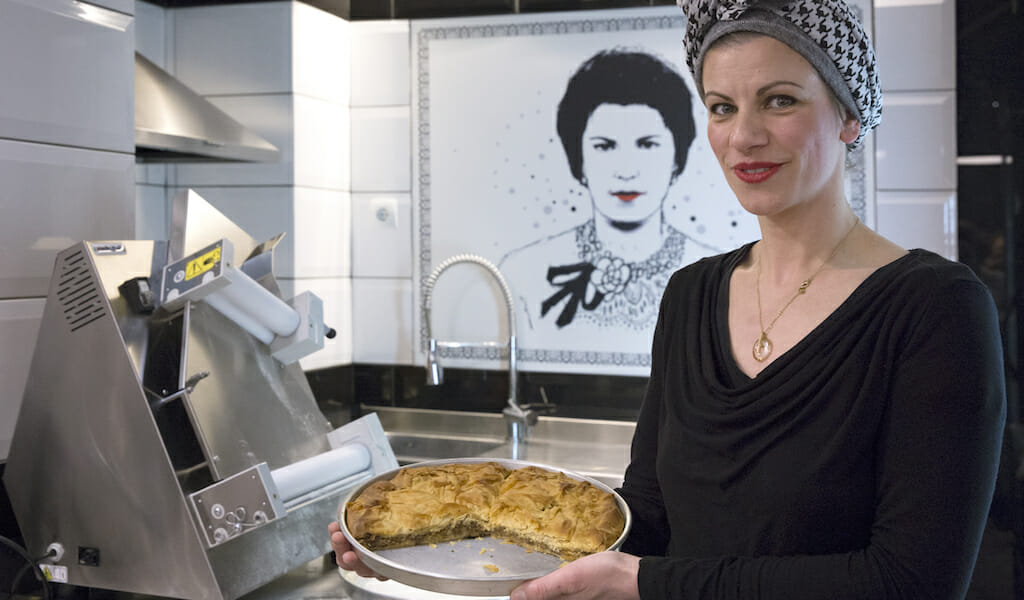