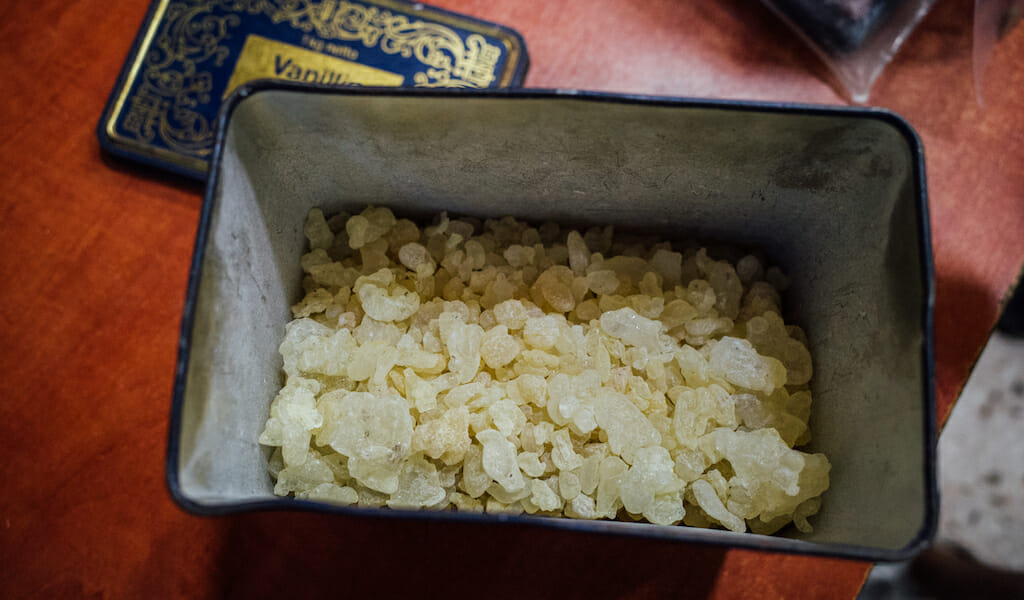 There’s a beautiful Greek island on the eastern edge of the Aegean Sea that is officially called Chios, but is unofficially known as “Mastiha Island.” The fifth largest among Greek islands, Chios is blessed with fertile land and a celebrated microclimate that allows islanders to grow a unique range of products, the most famous being – as its nickname suggests – mastiha (mastic), an aromatic resin produced by mastic trees.

The first references to mastiha on Chios can be found in the work of Herodotus, the ancient Greek historian, who, in the 5th century BC, described those trees that grew on the south side of the island and how the ancient Greeks collected their resin and chewed it, both for pleasure and hygienic purposes. In fact, mastiha has been described as the first chewing gum in history.

Ancient Greek healers like Hippocrates, Galinos and Dioskouridis praised mastiha, a natural antioxidant with strong anti-inflammatory and antimicrobial properties, for its medicinal and pharmaceutical uses and prescribed it widely as a cure for their patients, particularly those suffering from stomach and digestion problems as well as oral infections. 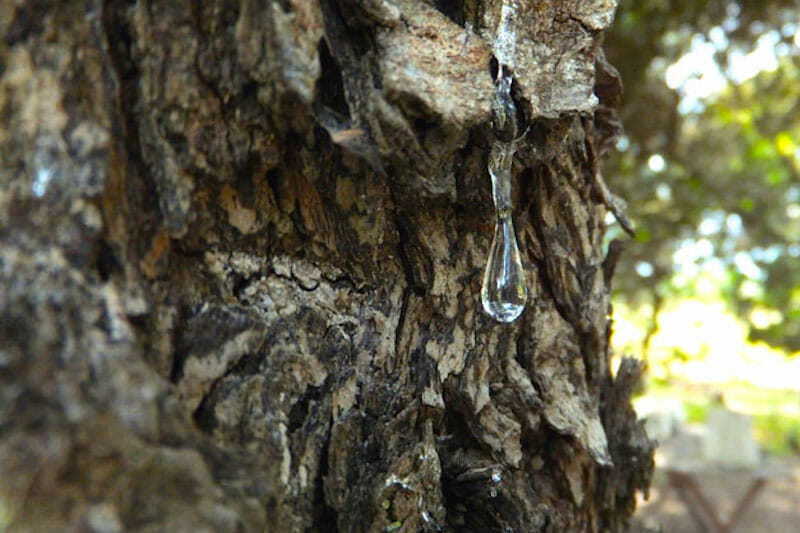 This natural sap drips from the trunk of the mastic tree (mastihodentro in Greek), technically a shrub (Pistacia Lentiscus) related to the pistachio that can grow as high as 5 meters when fully mature, a process that takes around 40 to 50 years (although the shrubs begin producing mastic five years or so after being planted). Although this family of trees can be widely traced throughout the Mediterranean region it is only on the southern side of Chios that it thrives in such a unique way and in such abundance. As a result, this side of the island is called Mastihochoria (mastic villages) and is comprised of 24 fortress-like villages that date back to Byzantine times.

It is only on the southern side of Chios that [the mastic tree] thrives in such a unique way and in such abundance.

The Genoese, famous for their trading skills, saw the potential of this precious ingredient during their occupation of the island between 1346 and 1566. They organized the villages and oversaw the cultivation of mastic trees and mastiha exports, turning it into one of the island’s most important income sources.

When the Ottomans occupied the island in 1566, they also supported the profitable mastiha industry, providing special privileges to those southern villages. Mastiha became particularly popular in the Islamic world, where it was used as a breath freshener, added to bread recipes, flavored water, and later became a main ingredient in dondurma, traditional Turkish ice cream – the mastic gave this ice cream its chewy, gum-like texture. 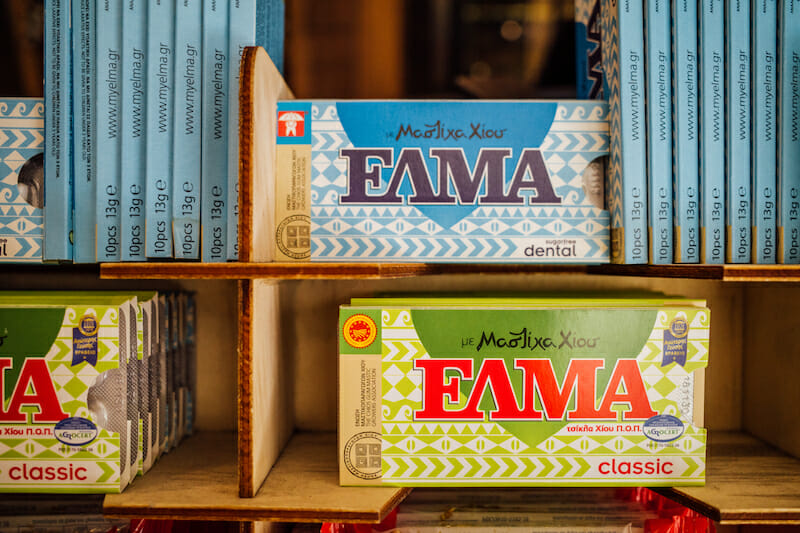 The process and know-how of cultivating mastic on Chios has been preserved since antiquity, passed down from generation to generation, and in 2014, it was inscribed in UNESCO’s Representative List of the Intangible Cultural Heritage of Humanity. Men and women of all ages participate in the different stages of mastic cultivation, making it a social event that brings together the members of the community.

During winter, men are in charge of the natural fertilization and pruning of the trees. Around mid-June, women level and clean the area around the trunks so that later they can easily collect the resin that drips to the ground. Mastiha oozes from the trunk and main branches from cuts made with a sharp iron tool. In July, this crucial and delicate task of “embroidering” the tree with small slits begins (in Greek, the process is called “kentos” (κέντος) from “kentima” (κέντημα), which means embroidery), and may go on until late September, depending on that year’s weather.

Mastic drips in thick, liquid tears onto the ground, which then crystalize after a period of about 15-20 days. The women pick up the largest tears first, cleaning them by hand and storing them in a wooden box. The smaller sized crystals are usually cleaned with special machines and stored in the same way, always in a cool place. 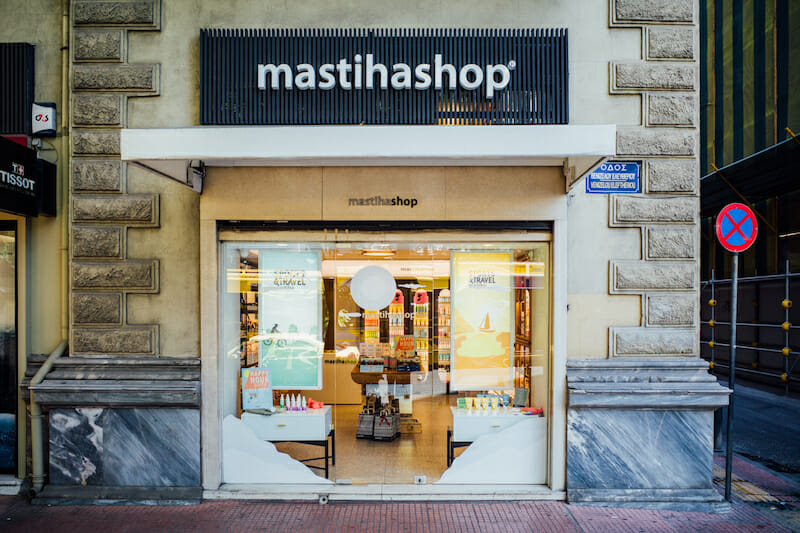 Today mastic is still one of the most important sources of income for Chios. In 1997, mastiha was declared by the EU as a product with a Protected Designation of Origin (PDO) and given the official title of Chios Mastiha. About 65 percent of the annual production is exported abroad. Since 1938, the Chios Mastiha Growers Association has overseen the commercial management (including the packaging and export) of pure mastic tears, powder, essential oil, water and chewing gum. In 2002, this association founded a company called Medittera in order to promote and market mastic in Greece and abroad. They developed a retail outlet network under the brand Mastihashop, which is responsible for the production of over 100 items including food, cosmetics, alternative medicine and liqueurs.

From a culinary perspective, mastiha has been used as a spice in order to add flavor and aroma to various dishes in the Greek cuisine. While it’s sold in different forms – as an essential oil, in small, medium or large tears, and as a powder – the essential oil and powder are the easiest to use as tears need to be turned into a powder before adding them to any recipe. The best way to do that is with a mortar and pestle, mixed with a bit of sugar so that it doesn’t go sticky.

You’ll often find mastiha as an ingredient in baked goods, such as breads, biscuits and cakes, and other sweet treats. It’s also used in savory sauces and dressings, marmalades and other delicacies. Many traditional types of bread prepared for religious purposes in the Greek Orthodox Church include mastiha, too. It can also be added to coffee, tea and olive oil for an extra kick of flavor.

Some prefer to drink their mastiha – there’s the traditional mastiha liqueur that’s commonly served as a digestive and used to make cocktails. On Chios they make a special ouzo flavored with mastic, which thankfully can be purchased in Athens (no trip to the island required). 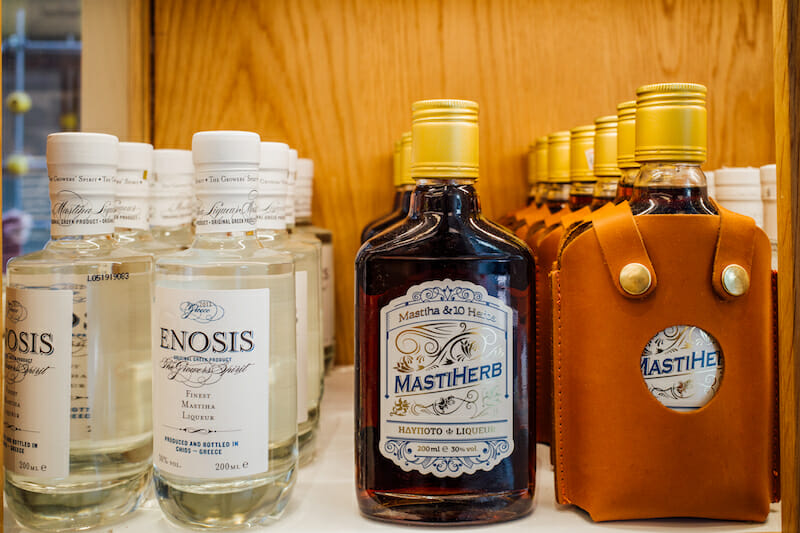 You’ll find mastic in supermarkets and spice stores around the country. In Athens, you can go to Evripidou Street, the spice road near the central market to purchase mastic tears, powder, essential oil or mastic water. At delis specializing in Greek products, such as Ergon, Yoleni’s, To Pantopolio tis Mesogiakis Diatrofis and of course Mastihashop and Chios Shop, you will find an array of delicacies and artisanal products with mastic, including loukoumia (Turkish delight), amygdalota (traditional almond sweets) and ypovrihio (meaning submarine), a traditional chewy treat made with mastic and sugar that’s served in a glass of ice-cold water.

Mastiha ice cream, also called kaimaki (although kaimaki does not always include mastic), is particularly popular; it often comes topped with preserved sour cherries and toasted almonds. While it can be found at many ice cream shops around the city, we recommend visiting Kokkion, Fatto a Mano or Varsos.

Tsoureki – braided brioche-like bread popular around Greek Easter but enjoyed all-year round – is aromatized with mastic. Some of the best in town can be found at Maxim in Nea Smyrni or Lido in Pagrati.

But if you want to do like the ancient Greeks, who were fond of chewing mastic, stop at any kiosk in the city and ask for ELMA chewing gum. Might as well keep up the tradition.

By
Carolina Doriti
, photos by
Manteau Stam and Roxanne Darrow 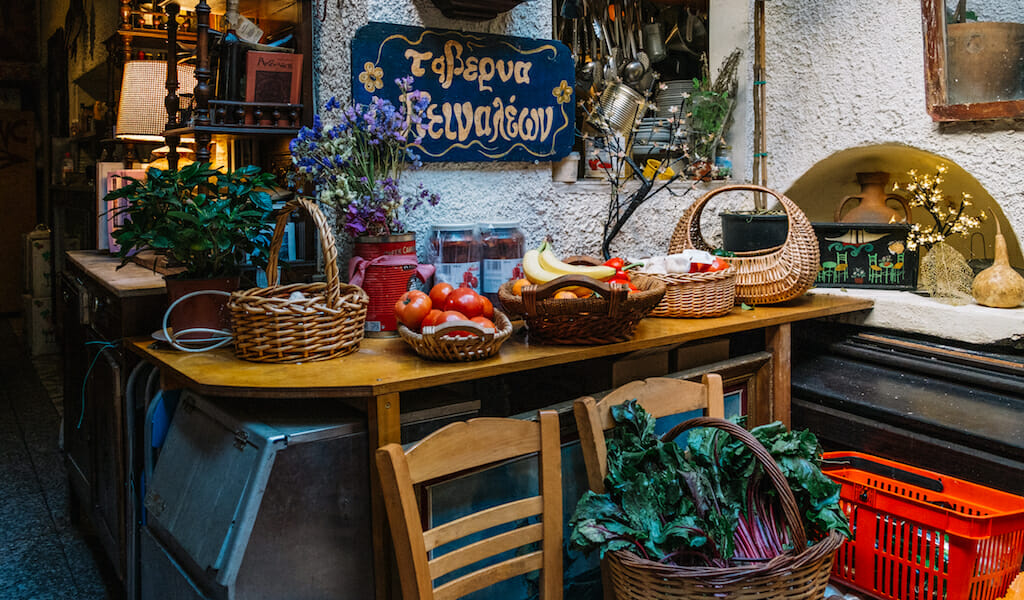 Athens | By Carolina Doriti
By Carolina Doriti
AthensThe neighborhood of Exarchia in downtown Athens has long played a storied role in the social and political history of Greece. Bordering the National Technical University of Athens, also known as Athens Polytechnic, where students staged a massive uprising against the Greek military junta in 1973 that resulted in a violent repression, and the Law… 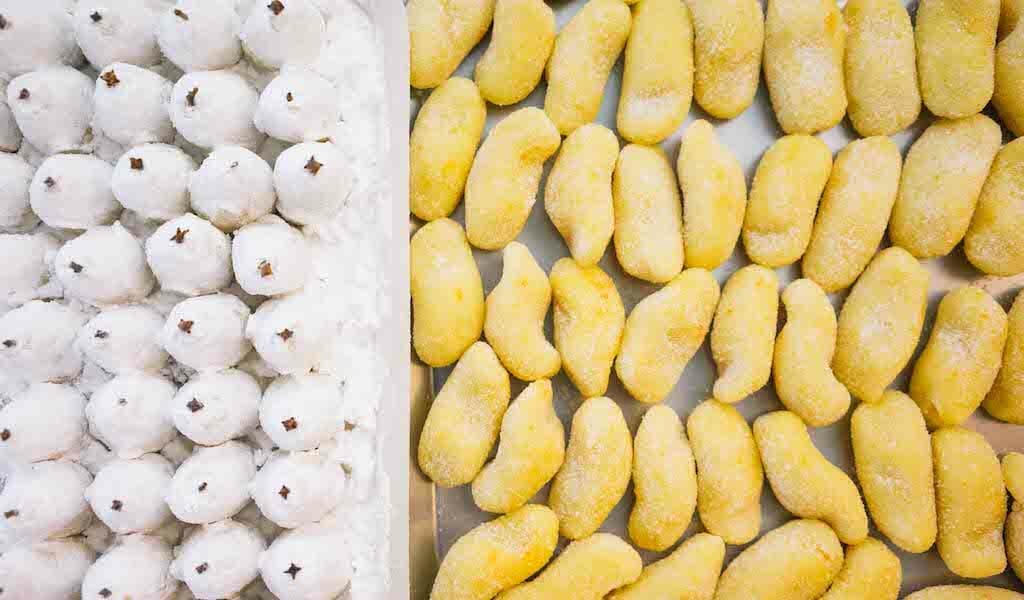 Athens | By Carolina Doriti
By Carolina Doriti
AthensThe resilient almond tree flourishes in a dry climate with very little water, which makes it an ideal tree for Greece, especially in the south and on many of the islands. So it’s no surprise that almonds have featured prominently in Greek cuisine and pastry making dating back to at least the 3rd century BC,… 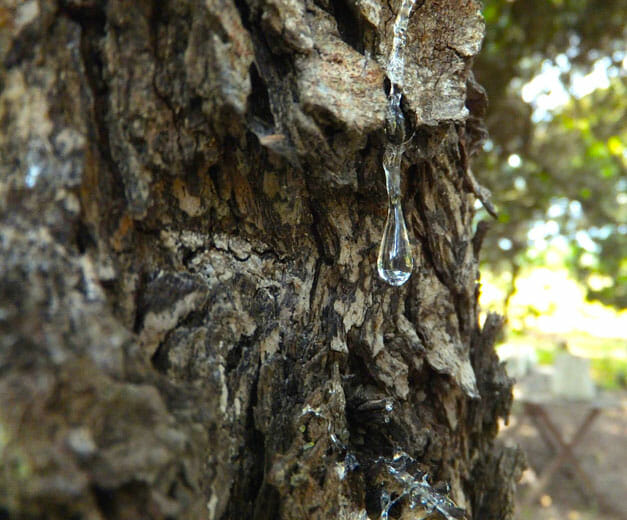 CB on the Road: The Mastic Trail in Chios

Athens | By Roxanne Darrow
By Roxanne Darrow
AthensGnarled evergreen mastiha (mastic) trees cling to terraced hillsides throughout the southern part of Chios, a Greek island in the Aegean. These humble trees (Pistacia lentiscus var. chia) have been fought over and cherished for thousands of years because they produce “tears” of delicious and healing sap. The best pharmacists in ancient times used to…