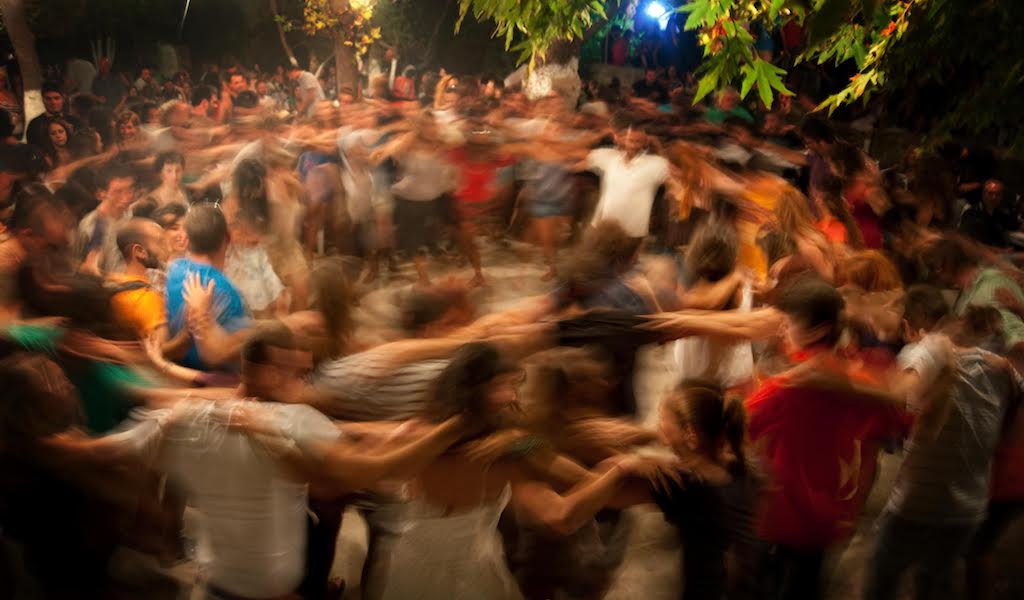 The warm months in Greece have special meaning for most villages, particularly on the islands, as they herald the legendary panegyria. Organized by locals, these communal festivals are usually held outdoors, often in the village’s central square. They provide an opportunity for people of all ages, from young children up to elderly folks, to feast, drink and dance until the early morning hours – it’s a chance for the whole family to let loose.

Considering that this tradition involves entertainment, food, booze and dancing, it’s no surprise that its observance is centuries old. The word panegyri (πανηγύρι) derives from the ancient Greek word panegyris (πανήγυρις, pan = all + agiris = meeting), whose use has been documented as early as the 7th century BC. At first it referred to the meeting of all people to celebrate a god; later on, during the Christian years, these meetings evolved into celebrations of a patron saint of an area.

At panegyria of this sort – and there are many – food is the clear focus, and participants can taste and often buy delicacies containing the product being feted. As one would expect, the festivals that celebrate the making of a local wine or other alcoholic beverage are particularly popular. Who doesn’t want to celebrate the making of local wine in Alexandroupoli or kazania, the process of distilling grapes into raki, in Crete, where you’re guaranteed a tipple?

The most important element of a panegyri, whether religious or culinary in nature, is the live music, which keeps people dancing until morning. The island of Ikaria (best known for the longevity of its residents) is undoubtedly among the most famous for these celebrations because of the circular fast-paced dancing that takes place there. Together the music and the dancing can send celebrants into a trance state – there’s a reason people often refer to them as Greek rave parties.

When a panegyri is associated with a saint, a mass is held first, followed by a religious procession, with the image of the saint being paraded around the village and finally ending where the panegyri will be held. Usually the feast won’t start before 8:30 p.m., and people who wish to attend sometimes pay a small fee, which includes food and wine. However, many times the food is provided for free by the locals or the church.

As far as what type of food is served, it really depends on the region or even the village. But it is guaranteed to be delicious and plentiful (as is the alcohol). Meat is most often the main feature (although on a few islands, like Lesvos and Amorgos, seafood is the star), whether it’s a goat, lamb or pig roast, a local meat stew or just simple souvlaki (grilled pork or chicken chunks on a stick) Bread, salad, cheese, sausages, savory pies, legumes and local specialties are generally served on the side. 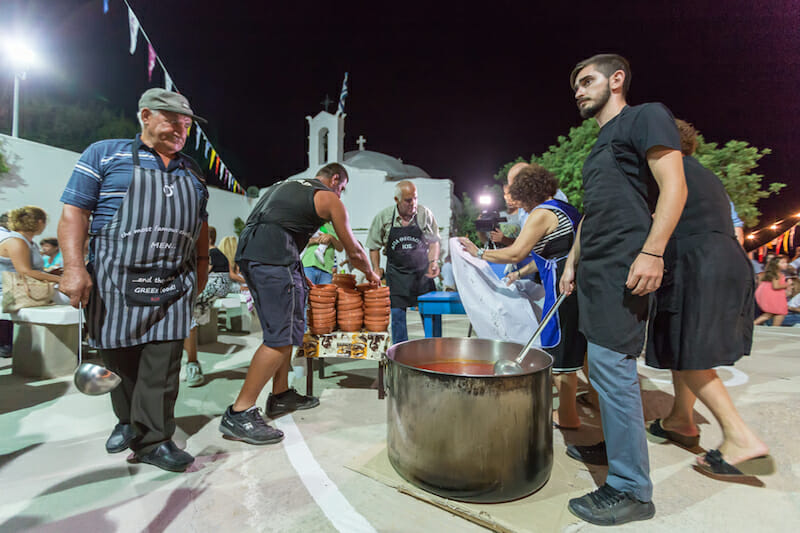 These festivals can last for up to three days, like the panegyri on the island of Serifos in August where participants dance till they drop. The island of Astypalea also hosts a three-day celebration in mid-August that features a number of interesting folk traditions and communal games. On the first day, there’s an evening mass followed by a party. On the second day, the women of the village cook lambriano (roasted lamb stuffed with rice and liver) in the church’s courtyard, along with other local delicacies such as small fried pies and yiaprakia (stuffed grape-leaf rolls). On the third and final day, there are swimming competitions and a variety of folk games known as koukania. These include yiaourtotaisma, a game where blindfolded participants feed yogurt to each other, and petinos, where participants try to retrieve a toy rooster in a basket tied to the end of a greased wooden beam extending over the sea – needless to say, most of them end up in the water.

The most legendary panegyria are held nationwide on August 15, when Greeks celebrate the Assumption of the Virgin Mary. Known as summer Easter, this celebration is as important in the Greek tradition as Easter or Christmas. Each year, over 20,000 festivals take place in different villages around Greece on this date. The most famous ones are held on the Greek islands of Lesvos, Ikaria, Amorgos, Karpathos and Paros.

While we can always get behind a celebration with good food and drink, what makes panegyria so special is the community effort that goes into organizing them and the easy camaraderie that they build – often at these events we’ve found ourselves hugging and bonding with people who were strangers mere hours earlier. It’s Greek culture and hospitality at its finest. 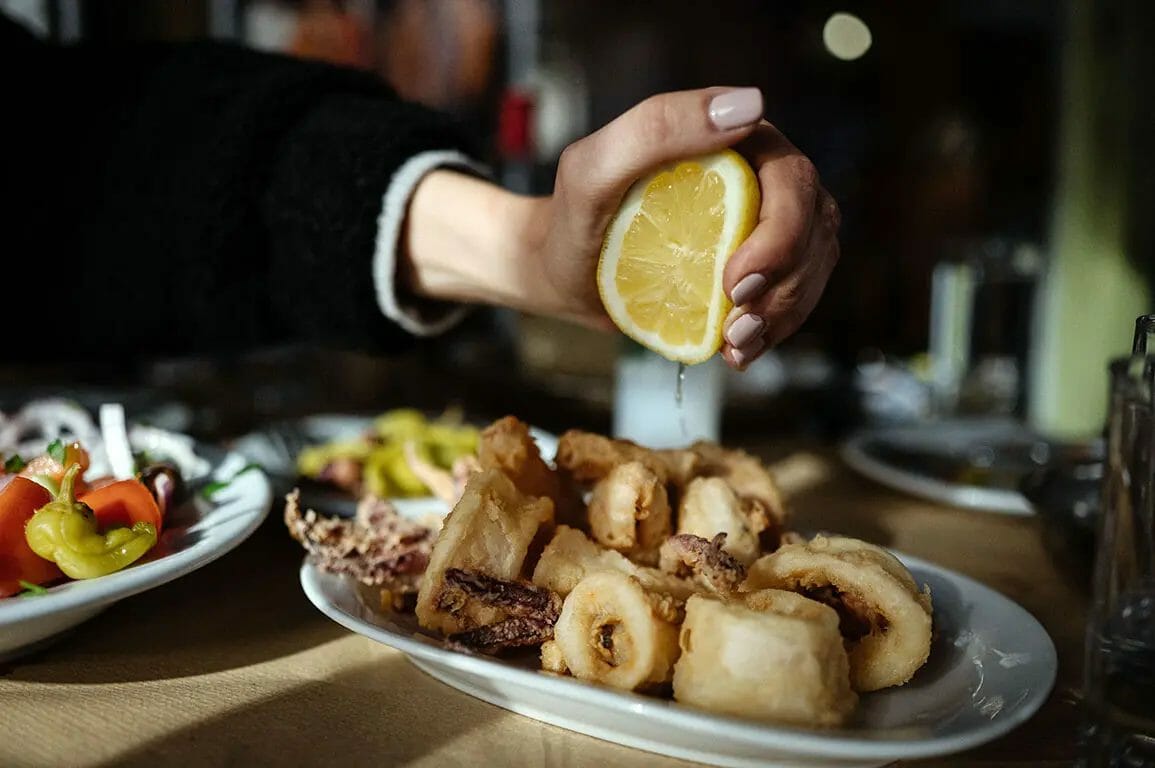 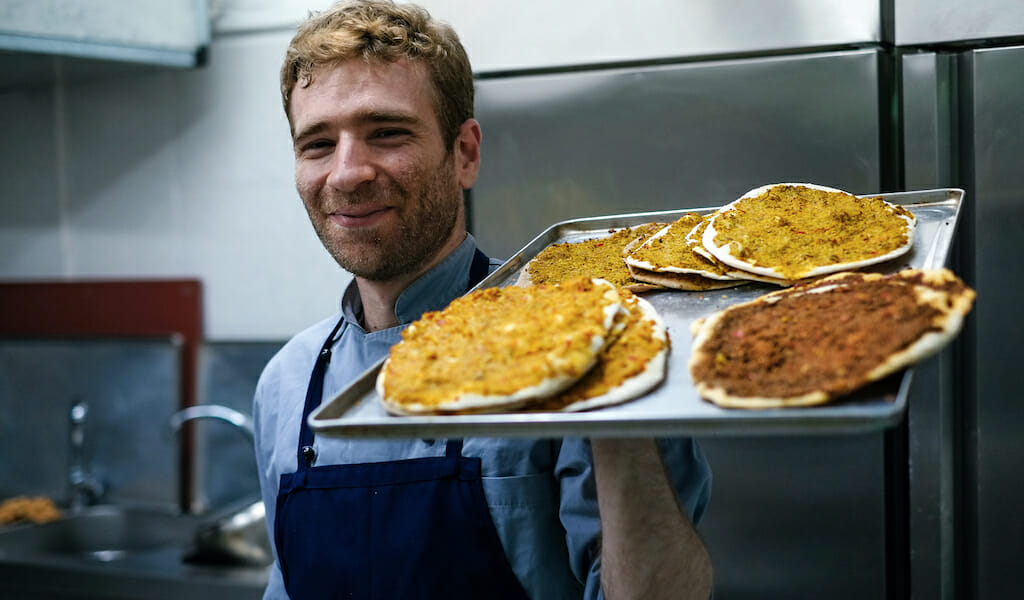 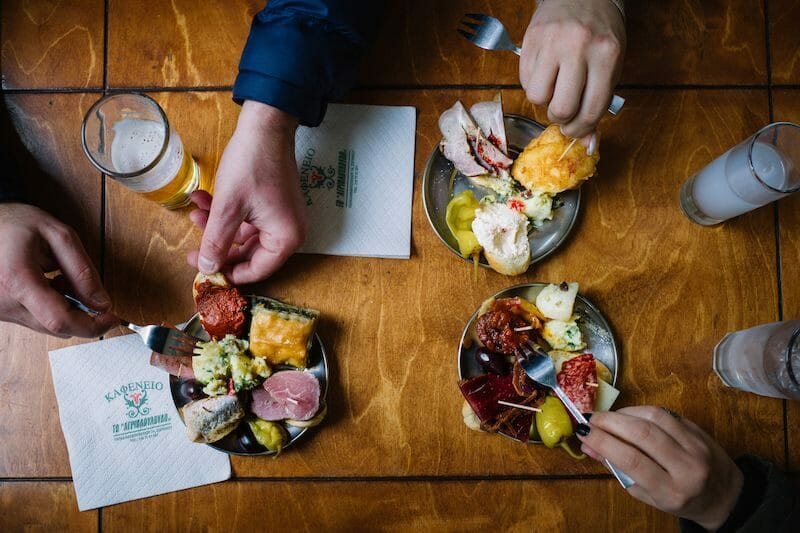