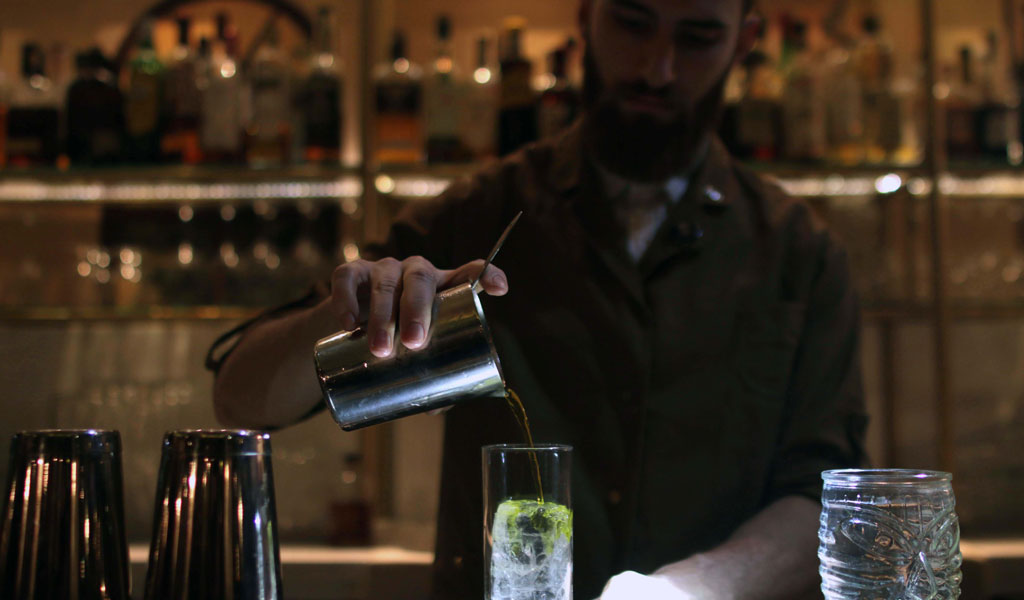 Greeks love going out till late, even on weekdays, so it’s no surprise that Athens is legendary for its nightlife. There are bars to suit every taste: bars with a great view, bars by the sea, mainstream bars, bars with great cocktails or music, etc.

But for us, the really special bars are the ones that fly under the radar, bars that feel like a real discovery. We’ve done our homework and found some of the best of these “hidden” bars. Just between us, of course.

Speakeasy opened in a basement in downtown Athens in December 2013. The owners were originally planning to open a bar in an empty space on the ground floor, and while planning an emergency exit – as the law requires – they discovered an interesting, spacious basement below: the ideal location for a real speakeasy. 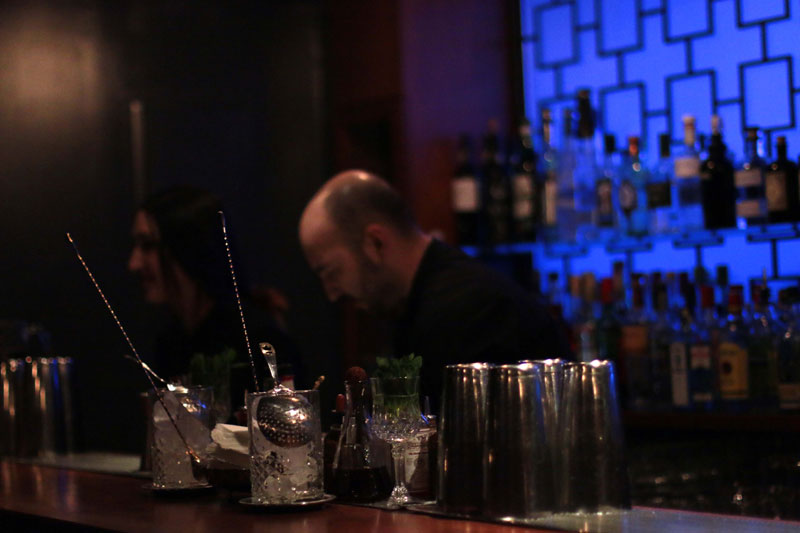 Walking down Lekka Street near the Parliament, you won’t find any markers for Speakeasy. You have to estimate where number 12 is or ask someone, because there is no actual number near the door. There’s nothing written on the doorbell; take a deep breath and press it. Seconds later, the door will open. And once down the stairs and past the second door, you’ll find yourself in a 1920s-style, beautifully designed underground space.

Go straight to the bar and order one of Speakeasy’s great cocktails. On a visit during the cold months, the bartender recommended Almost Gold, a winter-warmer cocktail with butter-washed Metaxa (the famous Greek brandy), rum, apple, hazelnut and chocolate bitters. It was delicious – and we can confidently say that you’re safe in the bartenders’ hands.

Speakeasy’s success prompted the owners to double the size of the bar a couple of years ago by configuring the adjacent basement into something that looks like a backyard. Every second Thursday the bar hosts live music nights with guest bands that usually play swing or jazz.

Housed in an abandoned-looking historical building surrounded by old antique stores, Metamatic: TAF (The Art Foundation) is located down a narrow alley in the Monastiraki flea market area. The place is endowed with a great deal of lore: people say it was built around 1870, during King Otto’s reign, for stables, and then it became a women’s prison. Later, it was home to 13 families, who lived in the small rooms upstairs and shared a common kitchen, bathrooms and the courtyard. It was gradually abandoned and mostly used for storage by the antique stores.

And then finally, in 2009, it was discovered. The new owners cleaned the junk-filled space – while still respecting the building’s architecture and history – and created a venue that supports young artists and opened a unique all-day-bar experience that takes you back (and forth) in time.

Inside, there’s a charming courtyard with trees and a modern bar and tables. In contrast to the upstairs, a showcase for contemporary art and music, this part of the building has a nostalgic, mystical feeling.

Across the street from Monastiraki in the neighborhood of Psirri, there’s another “hidden” courtyard down at the end of an arcade. For years the venue was a traditional neighborhood kafeneio, owned and run by a group of old men. Around 2005 it closed and was reopened a year later by new owners Christos and Tina as Cantina Social.

In the mornings, the same elderly locals who were regulars at the kafeneio sit outside in the secluded courtyard, talking loudly and sipping their coffees. But come 10pm, the scene changes completely. Crowds of young people gather in the small bar area inside or outside in the courtyard. Short films are often projected on the walls of the apartment buildings surrounding the courtyard. Great music, good vibes, friendly revelers, a beautiful setting and a hidden location make Cantina Social one of the most beloved bars in town. Most importantly, this place is always open – even in August when everybody abandons the city to go off on holiday. The bar also hosts great parties, especially during spring and summer, when the courtyard is at its best. Locating its entrance can be a bit tricky as there are no signs, but just follow the crowds.

In Stoa Bolani, another arcade close to Syntagma Square, sits the aptly named Low Profile, one of the best whiskey bars in town. It originally opened in 1996 in nearby Kolonaki but moved to its current larger space in December 2013. The bar, populated mainly by regulars, is not a place to go for cocktails, but is instead what we call a potadiko, a place for good old straight drinks, served in the proper glasses and treated with respect. A bar like this is for real drinkers, who sit at the bar, order a high-quality bourbon or single malt and chat with the bartender while enjoying the jazz, soul and rock ’n’ roll playing in the background. Low Profile pours over 80 quality whiskeys, some of which are very rare. (We recommend attending one of the occasional whiskey tastings here.) During the day, the bar serves coffee and has excellent cheese platters and other snacks that perfectly complement the drinks. 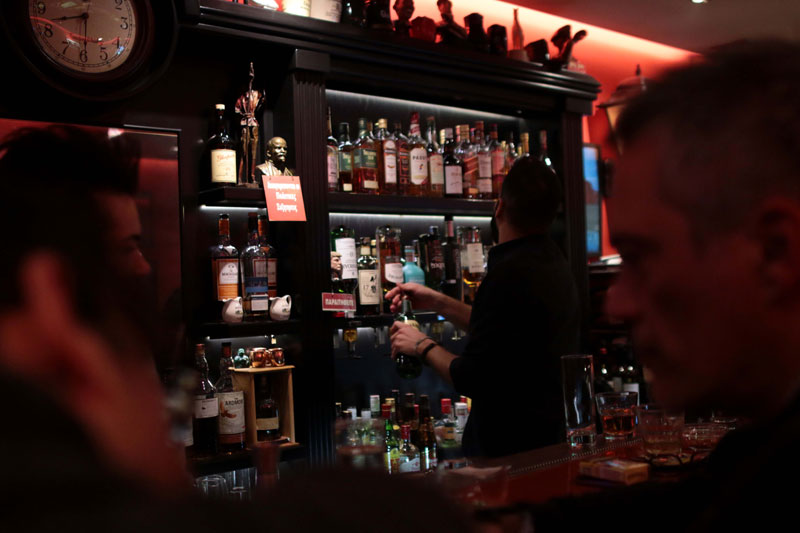 Not far away, and almost right across from the Parliament building, lies The Trap, an all-day bistro and bar, serving coffee, brunch and snacks throughout the day and lovely cocktails and drinks at night. While this area is very central, the specific arcade where The Trap is “hidden” is somewhat harder to locate as it is right behind the 24-hour airport bus stop.

The arcade was quite popular during the 1960s, when it housed the legendary CopaCabana Cabaret. After that shut down, the place was virtually deserted for years. But then, almost two years ago, it was rediscovered. These days, The Trap is cozy and tastefully designed, and the environment is very friendly. Even though it’s been open for just over a year, it already has a devoted crowd. We love their motto, a quote from British fiction writer China Miéville: “A trap is only a trap if you don’t know about it. If you know about it, it’s a challenge!” 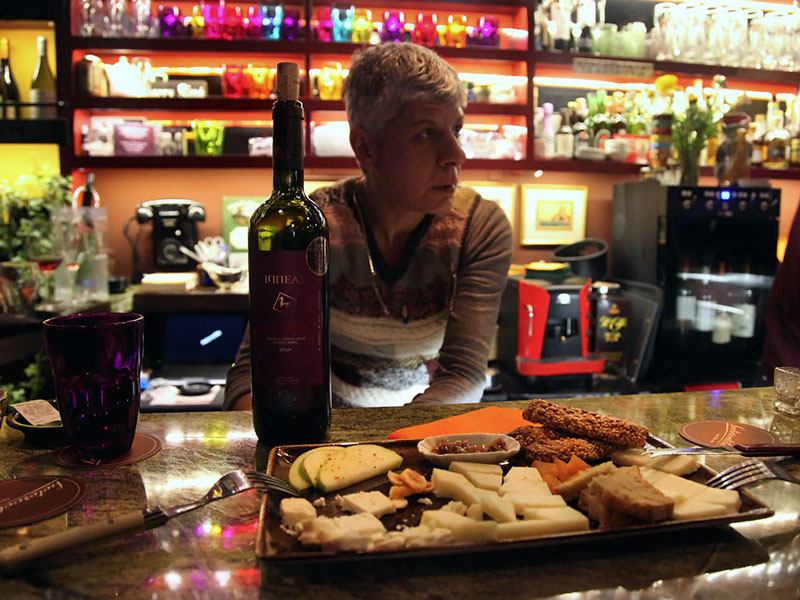 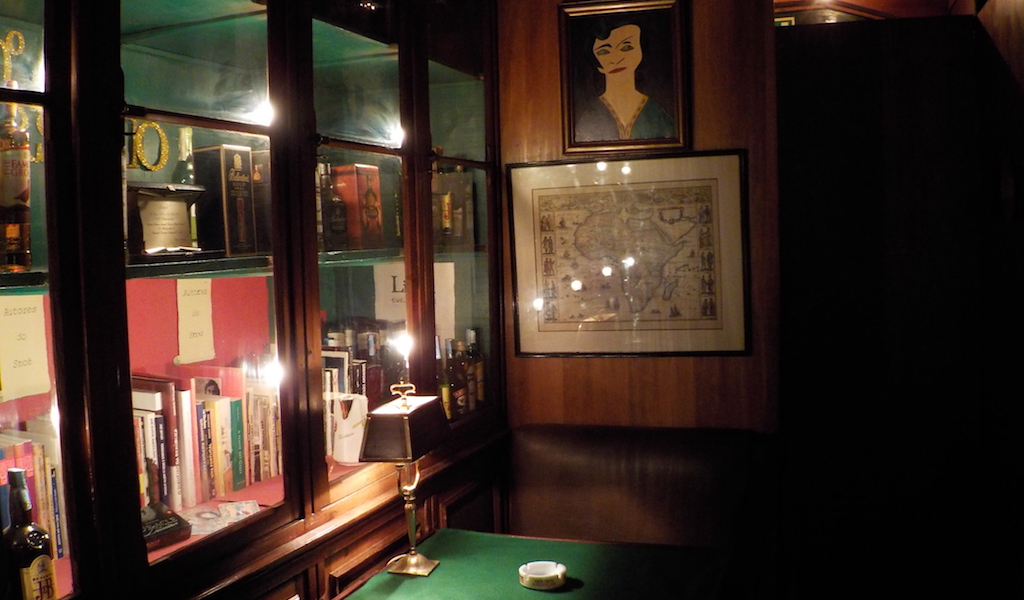 Lisbon | By Francesca Savoldi and Syma Tariq
By Francesca Savoldi and Syma Tariq
LisbonLisbon is a city that knows how to keep a secret. In the early days of World War II, German, American and British spies overran the capital – Portugal was officially neutral during the war – and many of the city’s bars and casinos were hotbeds of international (in)discretion. Later, just before the Carnation Revolution… 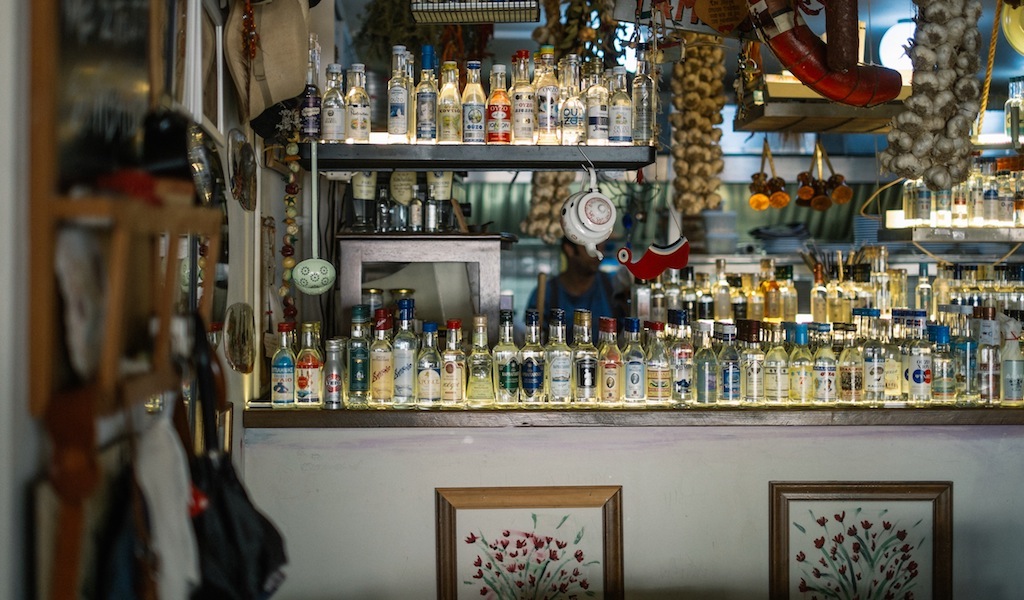 Athens | By Diana Farr Louis
By Diana Farr Louis
AthensThe Athens food scene has been booming over the past few years. The increasing number of tourists, the growing optimism of investors who see a financial opportunity in the food industry, as well as an ever-growing pool of talented new chefs, cooks, baristas and bartenders have all contributed to this creative regeneration – not just…
Downtown Athens’ Hidden Bars