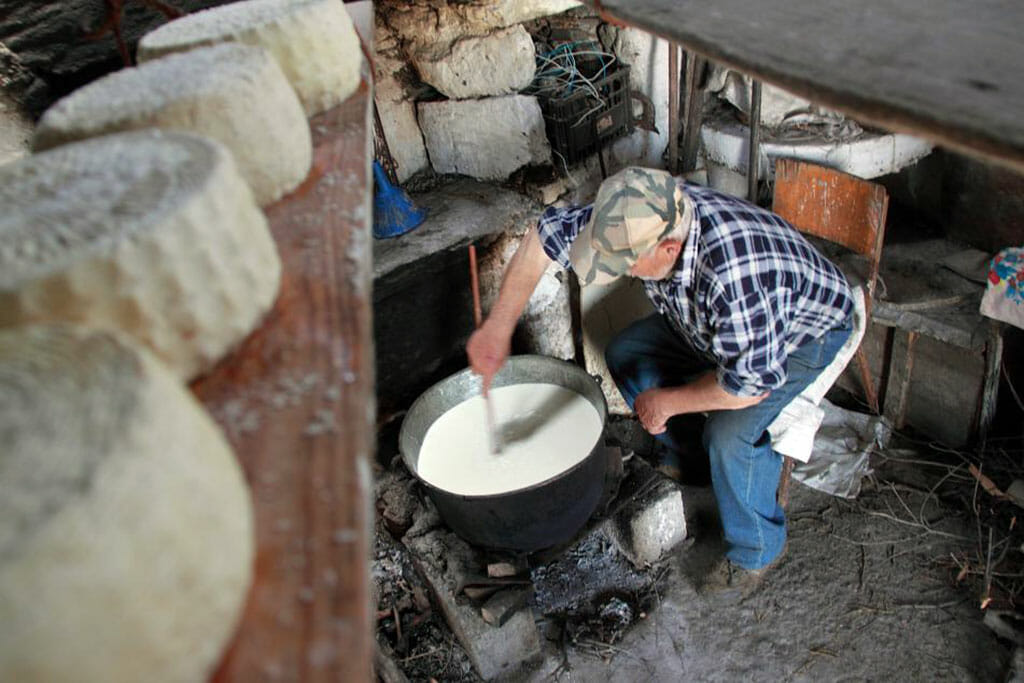 CB on the Road: The Cheesemaker of Amorgos

In May, we visited some friends on the beautiful island of Amorgos. While we were driving to the south of the island, in the Kolofana area we came across a very small kafeneio, or traditional coffeehouse. We only wanted to make a quick stop for a cup of coffee and a glass of water, but we ended up getting a lot more than we bargained for. 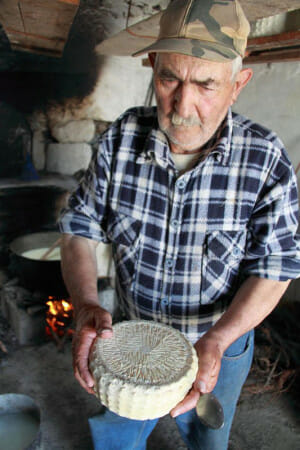 Nikitas makes two kinds of cheese in separate stages using 60 percent ewe’s milk and 40 percent goat’s milk. The first type is called tyri, meaning “cheese,” and is the most basic form of cheese you can make. He then prepares mizithra, a fresh, soft cheese made by combining leftover whey with fresh milk in a 4:1 ratio.

Before we arrived, he had strained the milk and then poured it into his 200-year-old copper pot to pasteurize over an open fire. He then allowed the milk to cool down to about 32 to 35°C and added natural rennet, stirred it well and left the mixture to rest for three hours in a warm place.

At the point where we joined him, he broke up the curds by stirring them with the branch of a Judas tree (wild olive branches are also commonly used). Using a mesh basket, he transferred the curds to a larger vessel, draining the residual whey back into the copper pot to be heated up again. Nikitas placed the cheese curds in molds and squeezed them, then added coarse sea salt in layers and set aside the cheese to drain for 24 hours. After it was done draining, he would flip it, sprinkle it with sea salt and allow it to mature for anywhere from a few days to a week.

For the mizithra, he added fresh pasteurized milk to the whey in the copper pot and heated them together, stirring the mixture with a reed that he used to scratch against the interior walls of the pot. He used a spoon to check the consistency of the mizithra, and when it was ready, he put out the fire and transferred the cheese to a plate. 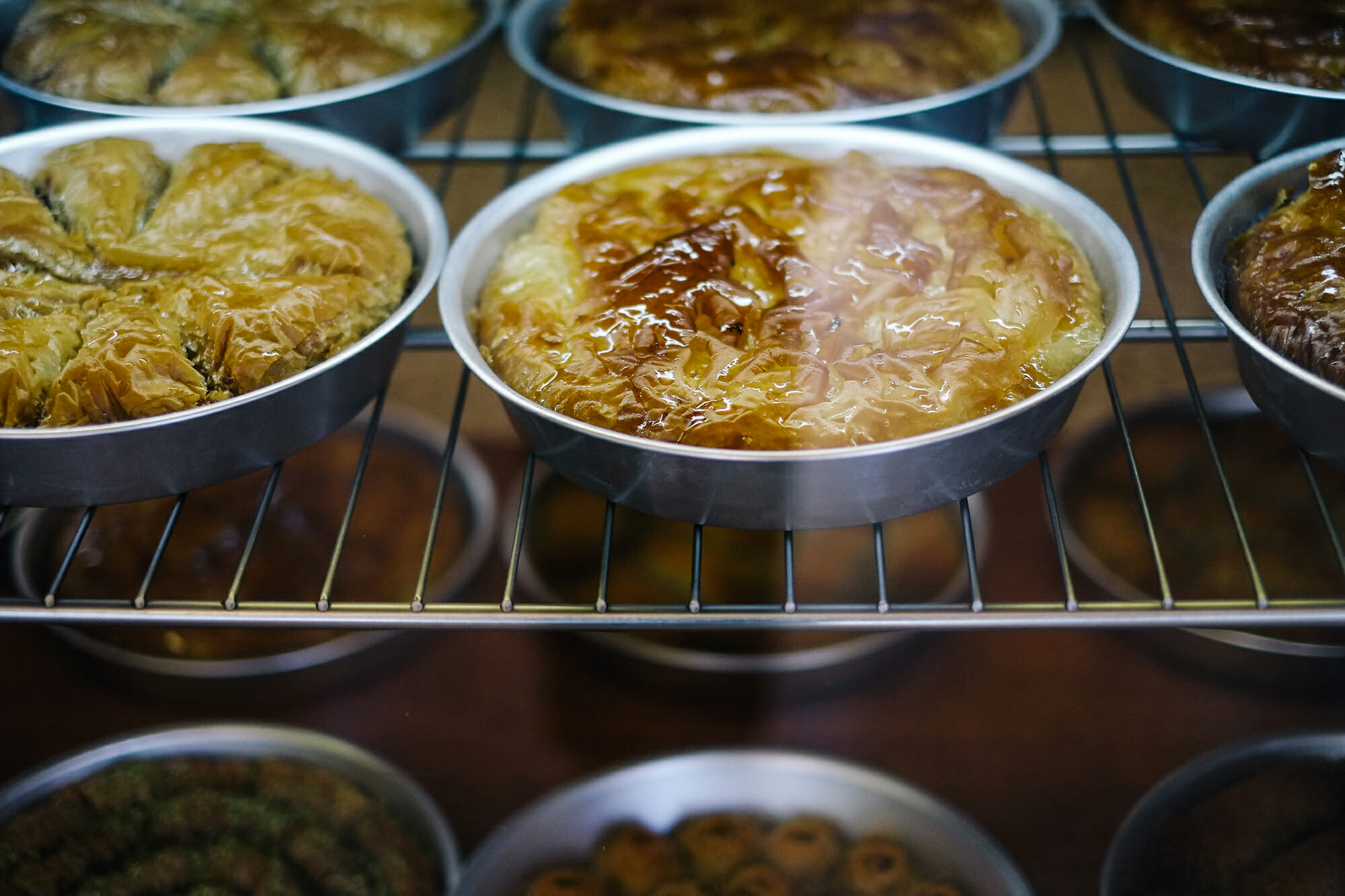 Athens | By Christiana Thomaidi
By Christiana Thomaidi
AthensQuick bite:  On this 5½-hour walk we will explore the culinary backstreets and secrets of downtown Athens, in search of the soul of this historic yet always vibrant city.  From downtown Athens, one’s eyes rest on the timeless vision of the Acropolis up on the hill, looming grandly above this ancient Greek city. But in…