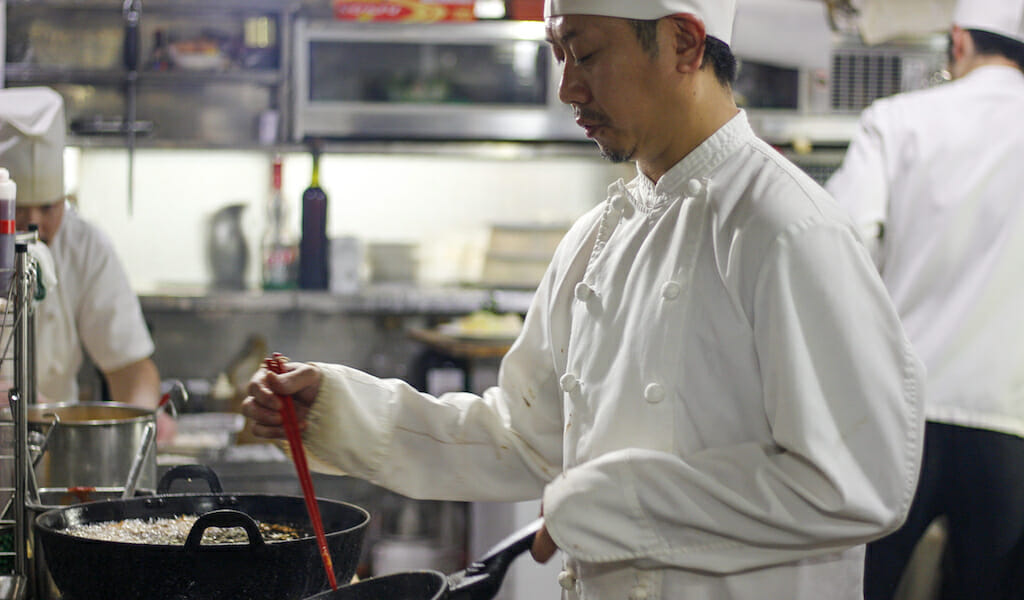 By Fran Kuzui and Maya Millán

We woke one Sunday craving omuraisu, our favorite Japanese comfort food. Omuraisu, sometimes rendered as omurice, is an umami bomb: a soft egg omelet arranged over rice studded with a protein such as chicken or pork and a flourish of ketchup-laced demi-glace sauce over the top. So we headed to Edoya, a yoshoku outpost in central Tokyo that opened over 60 years ago and became popular thanks to a particularly affable chef.

Although it means “Western food,” yoshoku is a decidedly Japanese creation, one inspired by a 19th-century notion of pan-European cuisine. Developed with the support of the Meiji Emperor around 1900, this style of cooking places a great emphasis on meats, often paired with rich demi-glace sauces, which many believed would help Japanese people become larger in build. Nowadays, it’s often overlooked in the West, where sushi and ramen reign supreme, and is even on the decline in Japan as various “authentic” European foods gain popularity.

The area around Edoya has been gentrifying for years, ever since a new metro line began to serve the Azabu Juban neighborhood. Perhaps because of this we shouldn’t have been surprised to find the restaurant no longer there, yet the huge hole in the ground where Edoya used to stand still stopped us in our tracks. The restaurant had met the same fate as many other eateries in Tokyo, a city that seems intent on shaking off the past as it enters the 21st century and prepares for the 2020 Olympics. 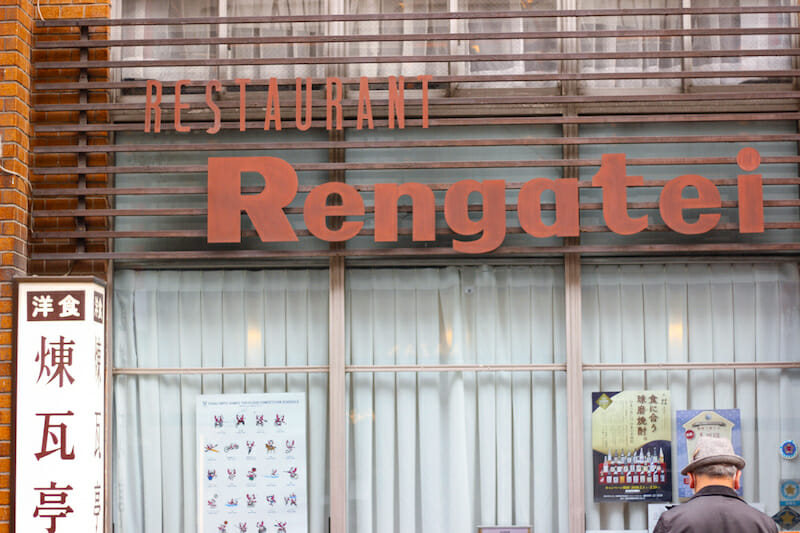 Still dreaming of yoshoku, we made our way to Ginza, Tokyo’s bustling shopping district. Our sights were set on Rengatei, a historic restaurant with less of a personal touch but still well known for its omuraisu, potato salada and hayashi (hashed) beef. In fact, it is often said that omuraisu originated at Rengatei when it was a food stall on the streets of Ginza. The line outside the current restaurant, built in 1964, seemed endless. Yet buoyed by the prospect of finally fulfilling our craving, we waited patiently and soon found ourselves inside an establishment that has been serving many of the same recipes since 1895.

Entering Rengatei is like stepping into a different era. It seems as if little has changed over the years when it was known as haikara, or fashionably Westernized “high collar.” Wood-paneled walls and Meiji-era lamps frame an interior of about 10 tables on the ground floor and more upstairs in a no-frills dining room. This has always been a working-class destination.

Nowadays it draws a diverse crowd. Having finished their meal, a family at a table towards the back of the restaurant sat talking and digesting as if they were at home. Surrounding them were young couples on dates and regulars who had come for the comfort food. 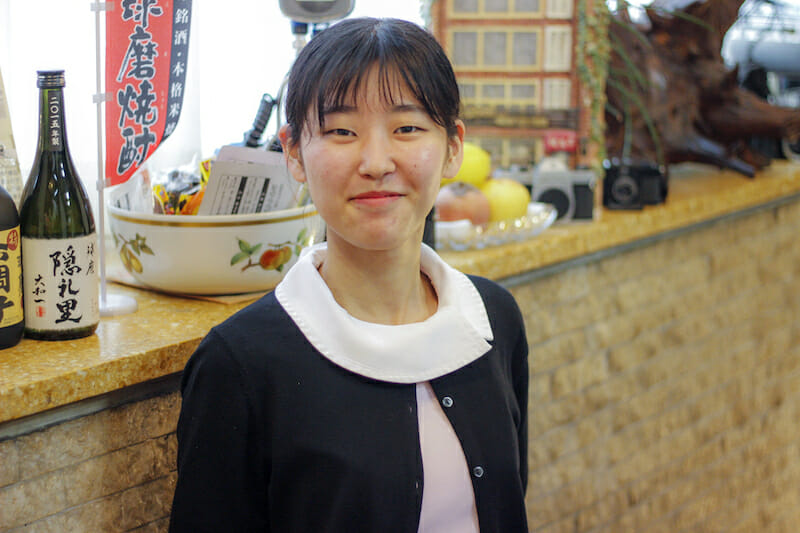 Waiters dressed as butlers and maids cater to the hungry here. Their now antiquated Western-style uniforms felt like an homage to the restaurant’s early haikara image of Western taste. There is something comforting about how they wipe down the linoleum table covers – their stark and purposeful movements signal that it is your turn to eat, but will soon enough someone else’s.

Omuraisu, Rengatei’s specialty, is a perfect paradox. While supposedly Western, it is somehow impeccably Japanese in flavor. Classic omuraisu is an omelet draped or wrapped around a mound of rice fried with chicken, or in the case of Rengatei, pork and beef. It arrives adorned with a pungent cloak of “sauce” consisting of ketchup mixed with the demi-glace synonymous with yoshoku. It is like nothing ever served in the West – not an omelet and not fried rice, it’s omuraisu. 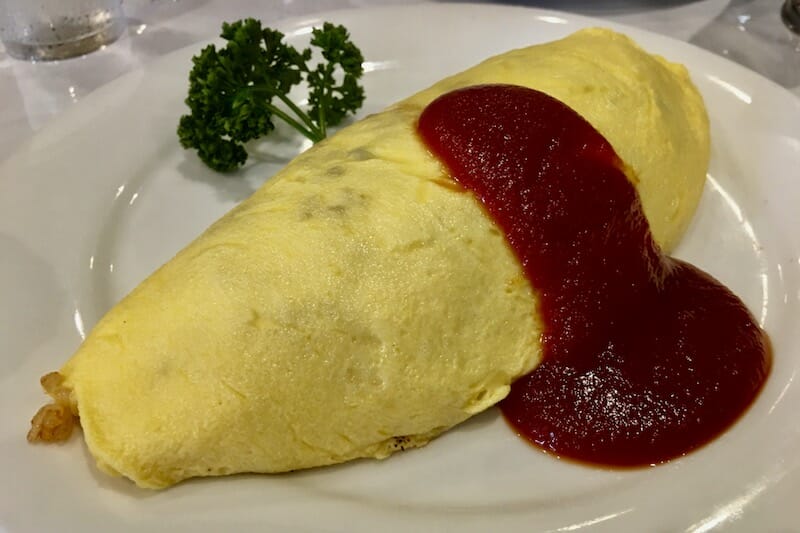 An order of hayashi beef appeared in a silver gravy boat along with a plate of white rice, or raisu. In Rengatei’s recipe, the beef and onion arrive swimming in dense, dark Worcester sauce and onion gravy, but the dish is sometimes served with a demi-glace sauce instead. One spoon of beef followed by one spoon of rice proves how well the two compliment each other. The use of cutlery (rather than chopsticks) for both omuraisu and hayashi beef is expected and seems appropriate as well – bringing a spoon to our mouth adds a layer of comfort to the already hearty food.

It is like nothing ever served in the West – not an omelet and not fried rice, it’s omuraisu.

Another Rengatei favorite is their pork cutlet, katsuretsu. The tender, lightly fried meat is served with shredded cabbage and a flourish of parsley. Many say that the practice of serving shredded cabbage with meat originated at Rengatei as well, based on the belief that it aided digestion. Rengatei also serves crispy fried prawns and fried oysters as a specialty.

Sated by the splendor that is yoshoku, we exited to the glitzy blocks of Ginza. An afternoon at Rengatei is like discovering a less polished gem in a chest full of crystals. Its humble and seasoned character feels like an escape from the extravagant shopping windows nearby, and we anticipate that in a few Sundays from now, upon waking up with a craving for omuraisu, it will still be there for us to enjoy. 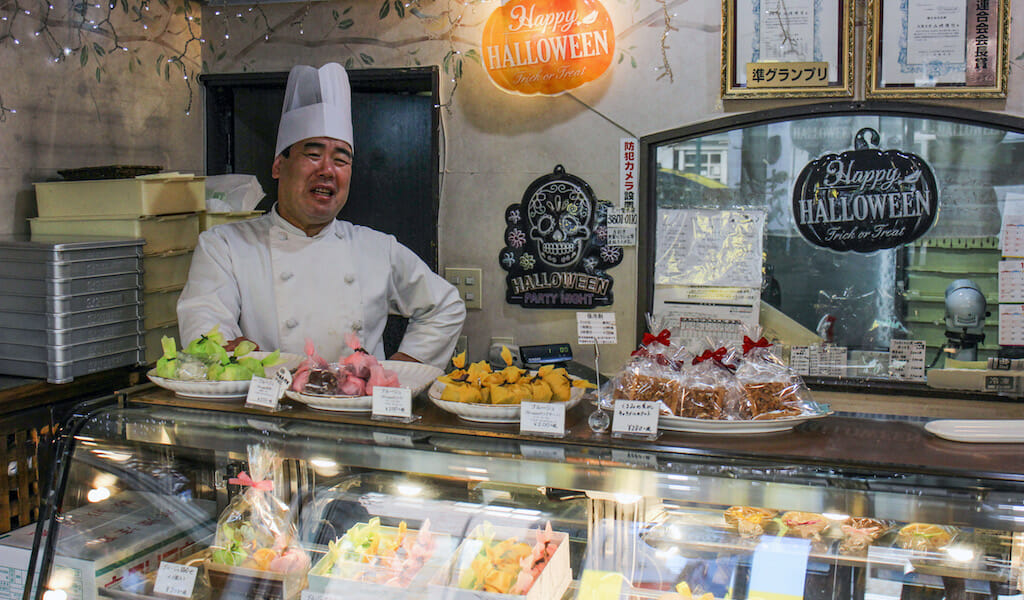