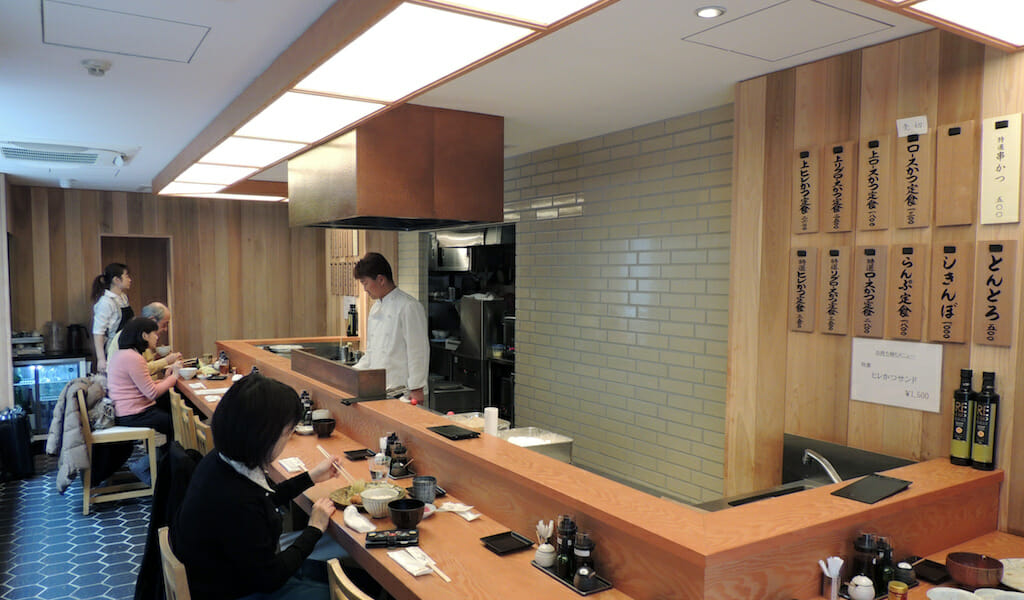 Arriving at Hinata one recent winter afternoon, we luckily found most of the restaurant’s 14 counter seats empty. Hinata serves just one thing: tonkatsu, breaded and fried pork cutlets traditionally served with cabbage and rice. The space is simple but snazzy, all brick-shaped white tiles and pale wood. The menu hangs from wooden slats on the wall, and on this day sported a handwritten addendum saying that our usual order, the standard roast cutlet priced at ¥1,300, was out for the day. The lunch rush must have been a busy one.

We decided to splurge on the shop specialty, tonkatsu made with a fatty top rib cut for ¥2,500. Chef Yukichi Maenaka set about dredging and frying the cutlet on the other side of the counter as a few customers paid up and a couple more wandered in from the cold. Our late lunch arrived before long, fried as always to a perfect golden glisten. 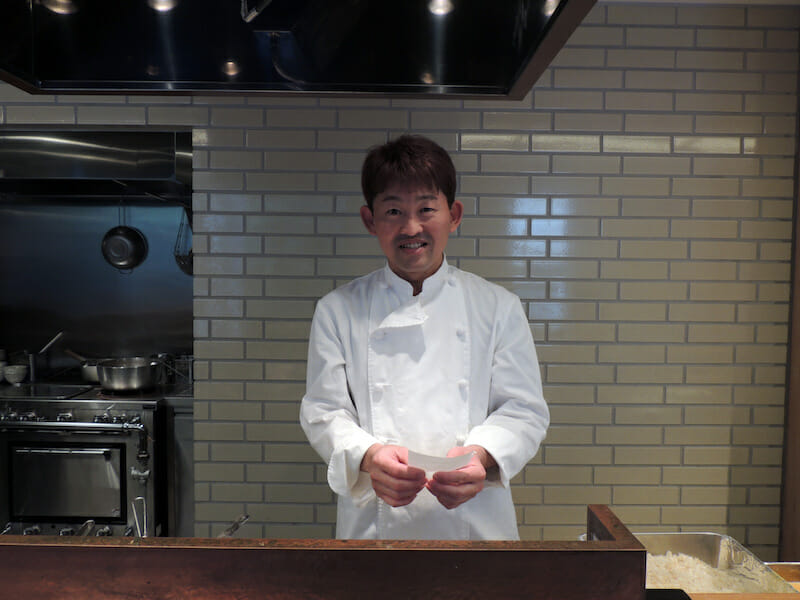 Open only since January 2017, Hinata is the brainchild of owner Tetsuya Miura and restaurant producer Masugi Daisuke (a third founding partner, a chef, has since left the restaurant). The trio wanted to create a new way of eating tonkatsu, and spent two years traveling Japan to find and experiment with different cuts of pork. They stopped searching after discovering a particular variety of swine raised in Miyagi prefecture on a strict 14-herb regiment of kanpō, Chinese herbal medicine, which softens the texture of the meat and sweetens the fat. “It doesn’t feel heavy when you eat it,” Maenaka explained. This is true of even the fattiest top rib cuts.

Each cutlet comes with the usual sides of spicy mustard and tonkatsu sauce, which mainly consists of soy sauce mixed with a bit of Worcestershire sauce and mirin (sweet rice wine). What really separates Hinata from every other tonkatsu restaurant is an innovation that Maenaka described as a complete accident: “While experimenting with different ways of eating tonkatsu, we used olive oil. Then, with the salt, it was just so delicious.” Diners at Hinata add olive oil, Peruvian sea salt, and Amami sea salt from Japan’s Kōchi prefecture to taste. The olive oil, which is dispensed using medicine droppers, draws out the fatty flavors from the pork, while the sea salts cut through them. The combined strength of flavor is then tempered by judicious consumption of the tangy, house-made pickles, shredded cabbage, and fresh white rice one usually associates with tonkatsu presentation.

“While experimenting with different ways of eating tonkatsu, we used olive oil and salt – it was just so delicious.”

Accidental though it may be, this use of olive oil and sea salt makes a little more sense when one considers tonkatsu’s origin story. Invented in Japan at the turn of the 20th century, the dish was part of a relatively new style of cooking called yōshoku, Japanese interpretations of Western dishes that had been unknown to the vast majority of Japanese before 1868, when the Meiji Restoration ended centuries of isolationism. Such dishes often seem created through a game of telephone, the end result hardly resembling the original recipe save for a few key details. In 1899, tonkatsu was called katsuretsu, a phonetic rendering into Japanese of the French word côtelette, which also gives us the English word “cutlet.” The term was later shorted to katsu before taking the prefix ton-, which is one way of reading the kanji for pork.

Though only open a year, Hinata’s new additions to tonkatsu’s curious history have already drawn attention. The small restaurant was featured in Japan’s popular men’s magazine Brutus in July of last year, just five months after it opened. After another five months, it was announced that Hinata would be included in the 2018 Michelin guide with a Bib Gourmand designation. 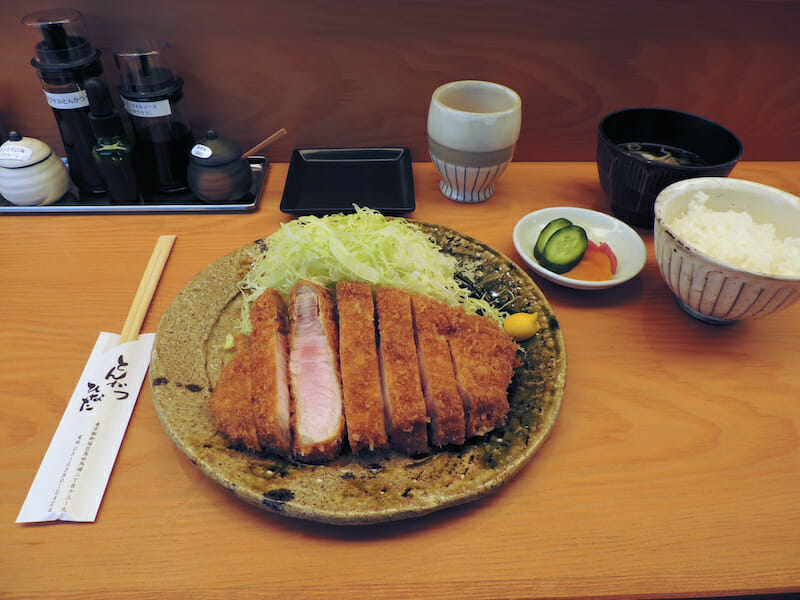 Michelin status for more affordable eateries in particular has a tendency to boost business, as the subsequent press coverage and low price points draw casual and dedicated foodies alike. In 2015, when Tsuta in north Tokyo became the first ramen restaurant ever to receive a Michelin star, a great deal of ink was spilled by local and international press – not over the food, but about the amount of time people were willing to wait in line to try a bowl.

Around the corner from Hinata, a better-known tonkatsu restaurant called Narikura regularly has a line down the block come rain, sleet or snow – they received their Bib Gourmand designation in 2016. Many customers wait for an hour only to be turned away because the kitchen has run out of food.

Hinata isn’t quite there yet, but Maenaka said they’ve received a lot more inquiries since November, and he anticipates that the shop’s fortunes will only grow. Hopefully for area diners it will take some time for press coverage to catch up with the impressive 82 new listings in Michelin’s 2018 Tokyo guide, and longer still for these to bring bigger crowds. Some cats are hard enough to keep in the bag, but harder still to share. 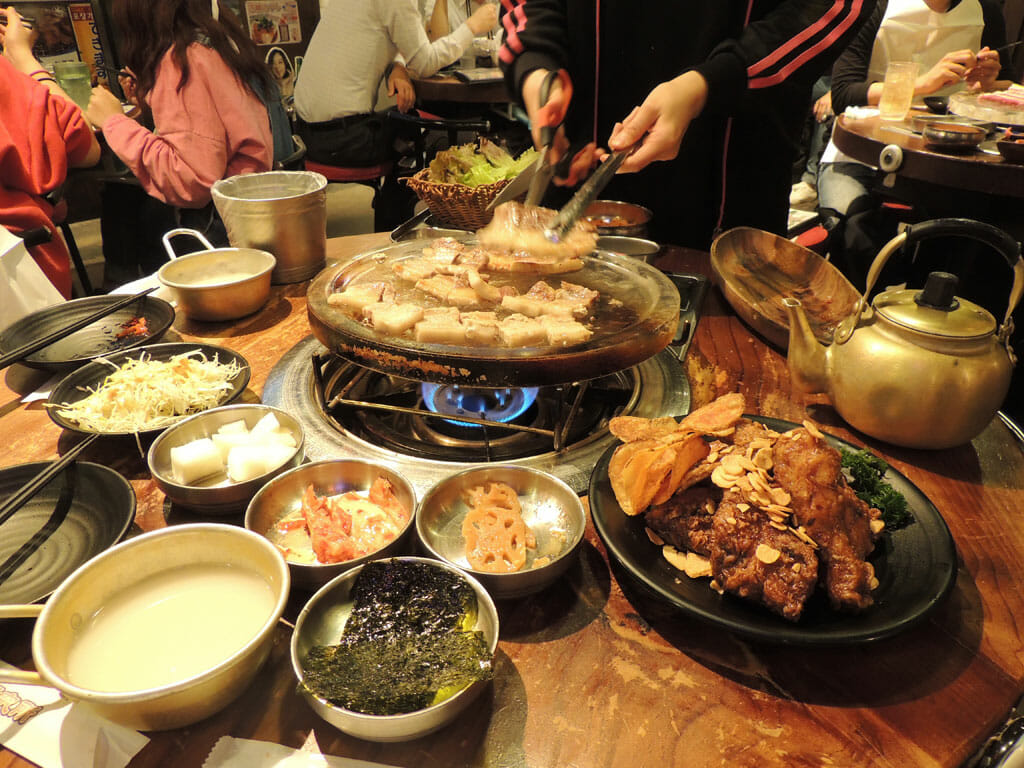 Tokyo | By Davey Young
By Davey Young
TokyoWalking through Tokyo’s Shin-Okubo neighborhood – AKA Koreatown – can be sensory overload. It’s Saturday night, and we weave through throngs of people along Okubo Street, passing crowded cafes and Korean cosmetics shops. The soundtrack of Korean pop music drifting from every restaurant and café is punctuated by shouts from inside a Korean grocery or…