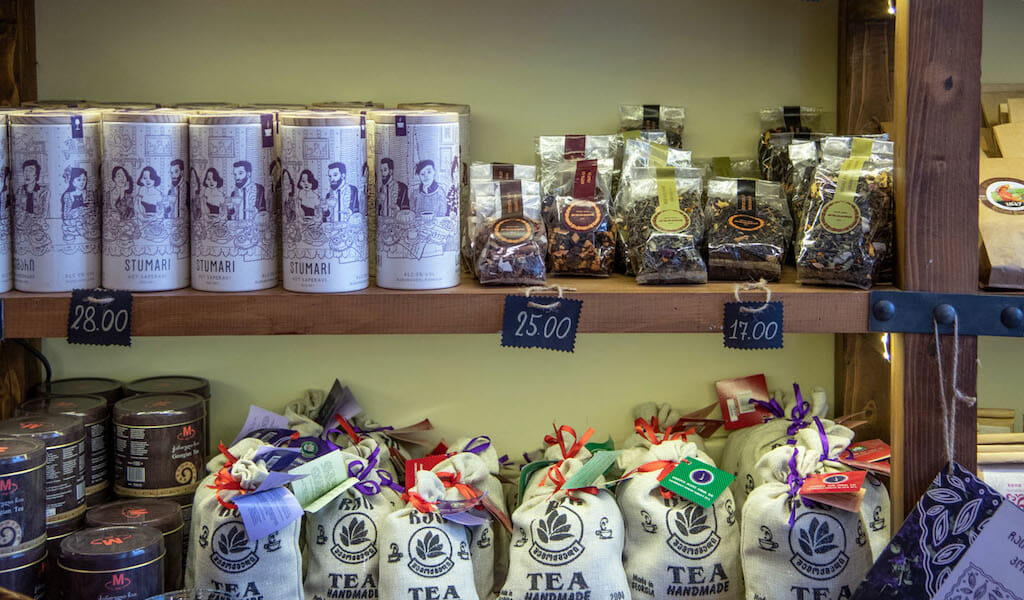 Back in the days when we avoided restaurants because they were mobbed with tourists and not because they lacked outdoor seating, when we greeted friends with cheek kisses and never cringed in horror when a person coughed, Vinotheca sold wine from its storefront on Kote Apkhazi Street. A few meters away, Aristaeus Ethno Wine Bar served dambalkhacho fondu at its dinner tables. The two establishments shared the same owner, Gia Darsalia, who also had a shop called Kalata that sold “edible souvenirs,” as he calls them.

We liked Kalata so much we tweaked our Tbilisi culinary walk for a stop there so guests could sample artisan cheeses and goodies like gozinaki, a walnut-and-honey candy served only during the holiday season in private kitchens. Finding the sweet, sticky delicacy at any other time of the year is impossible. Kalata, which means “basket” in Georgian, not only packages it under its Aristaeus label, but offers a sinful chocolate-topped version, too. 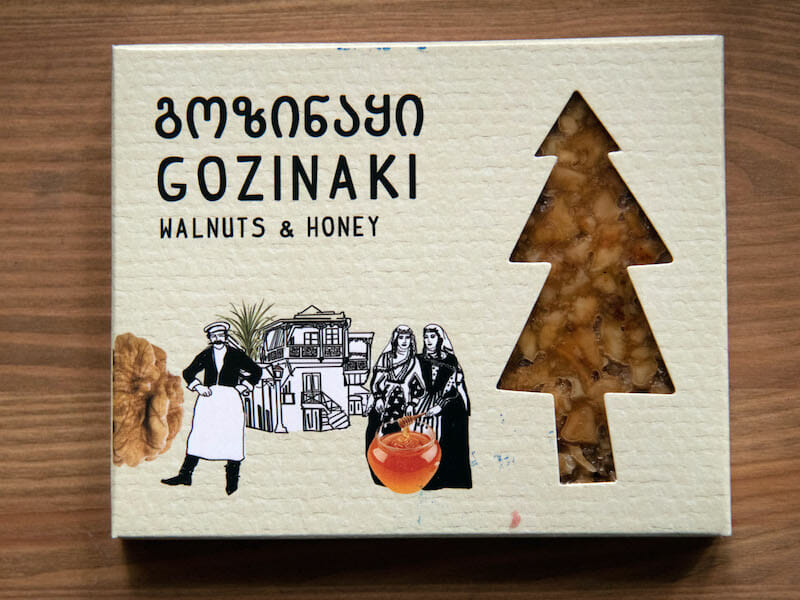 When the coronavirus shut down the capital last March, the Old Town looked much like it did in 2001, when we first laid eyes on it – empty and tourist-free. Aristaeus Ethno Wine Bar closed, with the aim of reopening as soon as the pandemic passed, and Gia packed up his two shops and merged them under a single roof he calls Georgian Kalata in the newly renovated Orbeliani Square, near the Dry Bridge.

“It wasn’t a bad decision,” Gia explains, no longer having to pay rent on two spaces. “Here, we can put tables outside. It’s nice.”

The sight of summertime local foot traffic in the pedestrian-only square, with its street food and arts-and-crafts kiosks, offered a glimmer of optimism for businesses. And then September came. Most of Tbilisi had spent their holidays at the seaside where they disregarded social distancing rules and facemasks. The Adjara region, which had no reported cases before the summer, suddenly had hundreds a day. Tbilisians returned home suntanned and infected with Covid-19. Aristaeus Ethno Wine Bar joined the ranks of dead restaurants while Georgian Kalata remains defiant, opening its doors every day to a square that sees more stray dogs than people.

Georgian Kalata remains defiant, opening its doors every day to a square that sees more stray dogs than people.

“We’re just stealing time,” Gia says over the phone from his native town of Lanhckhuti, in the western region of Guria. He is riding out the pandemic with his family and establishing a production facility for Aristaeus products grown on 10 hectares of land. He figures it will take about six months of “stolen time” to complete.

The plan, he reveals, is to produce smaller quantities of many different things rather than massive amounts of a few products. Aristaeus is an exclusive brand you won’t find down supermarket aisles: Kalata’s shelves boast original blended jams of lemon with cinnamon, raspberry with rose, grape with walnuts, and strawberry with red pepper. There are also village grandma standbys like red currant, Cornelian cherry and kaklis muraba – pickled walnut, a tooth screamingly sweet preserve people eat whole but that we love to crumble on vanilla ice cream or matsoni. Gia says we can also expect cold-pressed oils, homegrown spices, churchkhela and Gurian-style bazhe, a garlicky walnut sauce ideal on poultry and much more. 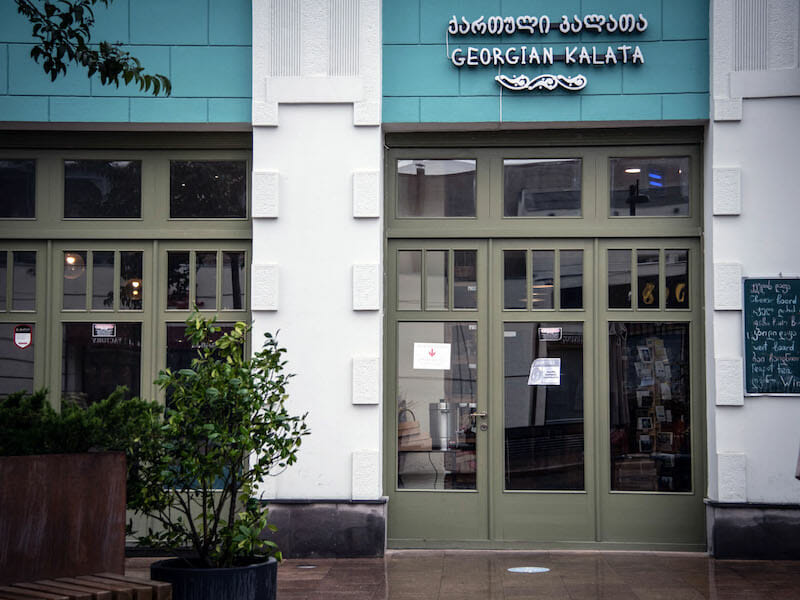 We first visited the new shop shortly before the government implemented a curfew and ban on most walk-in businesses – although as a food shop Georgian Kalata can remain open, the move has severely cut down on foot traffic (it’s also now listed on the delivery platforms Glovo and Wolt). Vinotheca’s wines were in a back section, a deceivingly small-looking collection compared to the old store (Gia has assured us that he has only lost about 10 percent of his capacity). Happy to see the fridge packed with artisan cheeses and a rich collection of herbal and organic teas, we couldn’t help but wonder, who is going to come and buy a jar of hazelnut honey nowadays?

Gia laughs with the audacity of a guy who opened a wine shop years before anyone considered buying wine in bottles. Covid-19 took his restaurant but it is not going to take his artisanal food shop. “I’m investing in the future. Nobody can sell anything now,” he declares. “Now the only thing to do is build.”