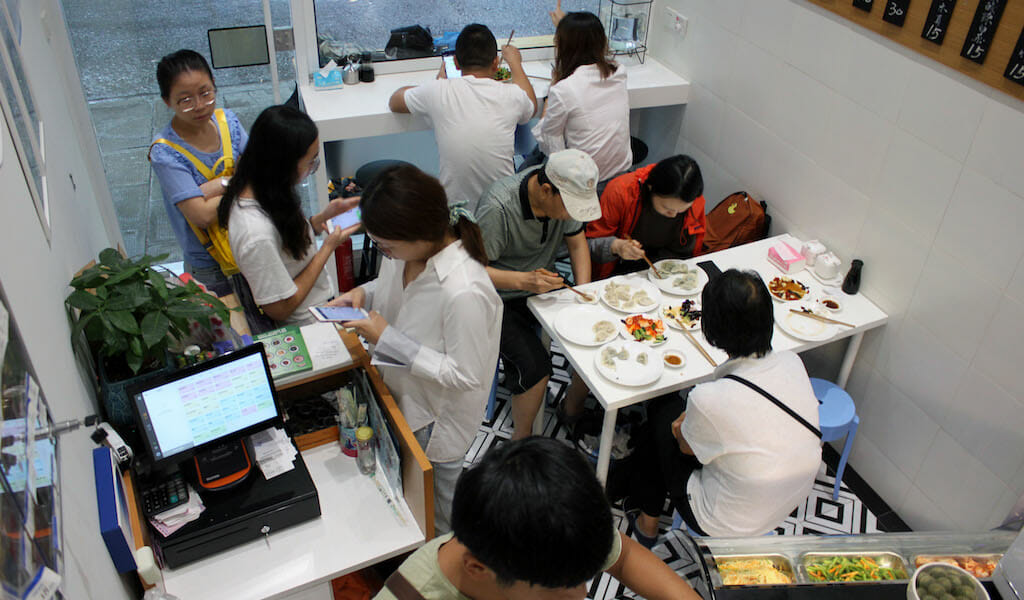 When it comes to Chinese dumplings, fish is likely not the first filling that springs to mind. But that’s probably because you haven’t had the chance to try Liaoning province’s specialty: boiled mackerel dumplings.

Dishes from Liaoning, which is located northeast of Beijing, fall under the regional umbrella of Dongbei (northeastern) cuisine. The staple grain up north is wheat and corn, with noodles, steamed breads and dumpling wrappers supplying most of the carbs in the local diet. The area wraps around the coastline of the Yellow Sea, bringing fresh seafood to the table, and its proximity to the Korean Peninsula means an abundance of pickled veggies. 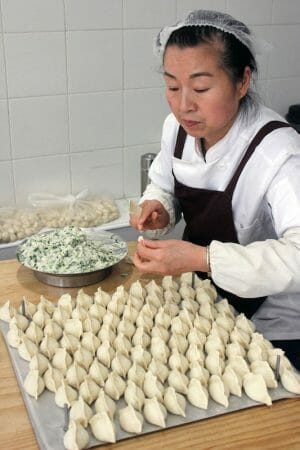 But despite its fame nationwide, Liaoning cuisine gets very little love in Shanghai. Perhaps it’s the local penchant for sweet flavors – as Dongbei cuisine is more savory and spicy – or just the likelihood that migrants from that area are more likely to move to neighboring Beijing than Shanghai. But in a sprawling city where fewer than 100 restaurants (out of an estimated 100,000) serve mackerel dumplings, Wenxiang Manchurian Dumpling House has made a name for itself.

Its three locations, all located in the former French Concession, look more like coffee shops than dumpling houses. Blond wood tables come topped with fresh flowers in green vases repurposed from Perrier bottles, as well as vinegar and soy sauce dispensers, and the kitchen is separated from the dining room with Japanese noren curtains. The dumplings are made fresh all day long, but if you want to see the action, go to the Guangyuan Road location. Floor-to-ceiling windows lead out to the sidewalk, so you can press your nose against the glass and watch as a gang of ayis hand wraps the dumplings to order.

The mackerel dumplings (made specifically from the species known as Japanese Spanish mackerel – 鲅鱼水饺 Bà yú shuǐjiǎo) are a must-order, but pescatarians beware: the mackerel is mixed with a bit of pork, as well as leeks, to give it a bit more texture.

[Liaoning] wraps around the coastline of the Yellow Sea, bringing fresh seafood to the table.

One of Wenxiang’s specialties is their pork, as they use the meat of Iberico pigs to make their famous pork and northeast Chinese sauerkraut (猪肉酸菜馅 – Zhūròu suāncài xiàn). A better translation might be Chinese kimchi than sauerkraut, as the pickled cabbage historically came from the Korean peninsula rather than Germany. You can also order a spicy version of the kimchi (韩鲜族酸辣白菜 Hán xiǎn zú suān là báicài) as a side dish to your dumplings. 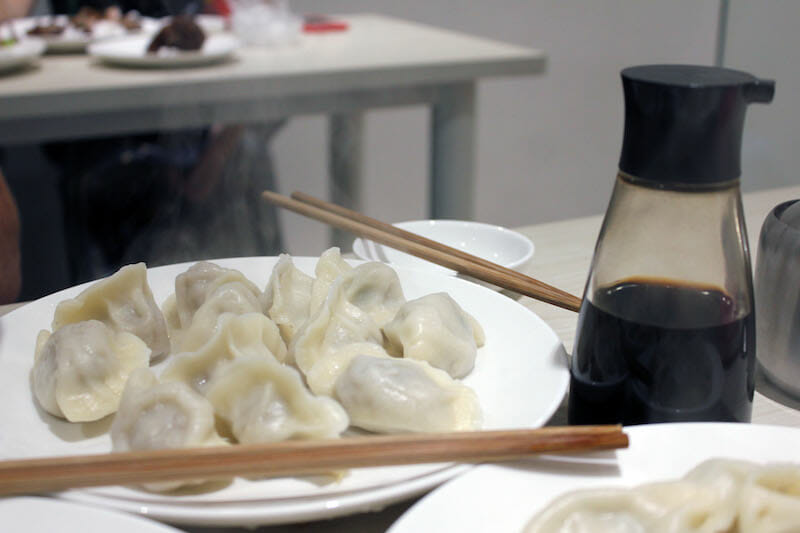 If you’re looking to add some veggies to your diet, order the mushroom and bok choy dumplings (香菇青菜馅 Xiānggū qīngcài xiàn). Or bulk up on the “salad” sides. You can order a mixture of the cold dishes for just RMB 15 or get a full plate of each at the same price. Don’t let the deceptively named “black fungus in sauce” (凉拌黑木耳 Liángbàn hēi mù’ěr) fool you; it’s a delicious wood ear mushroom salad. The “cucumber in sauce” (凉拌黄瓜 – Liángbàn huángguā) and dried bean curd salad (凉拌腐竹 – Liángbàn fǔzhú) could also benefit from a translation assist, but they are also excellent accompaniments to a meal of hearty boiled dumplings. 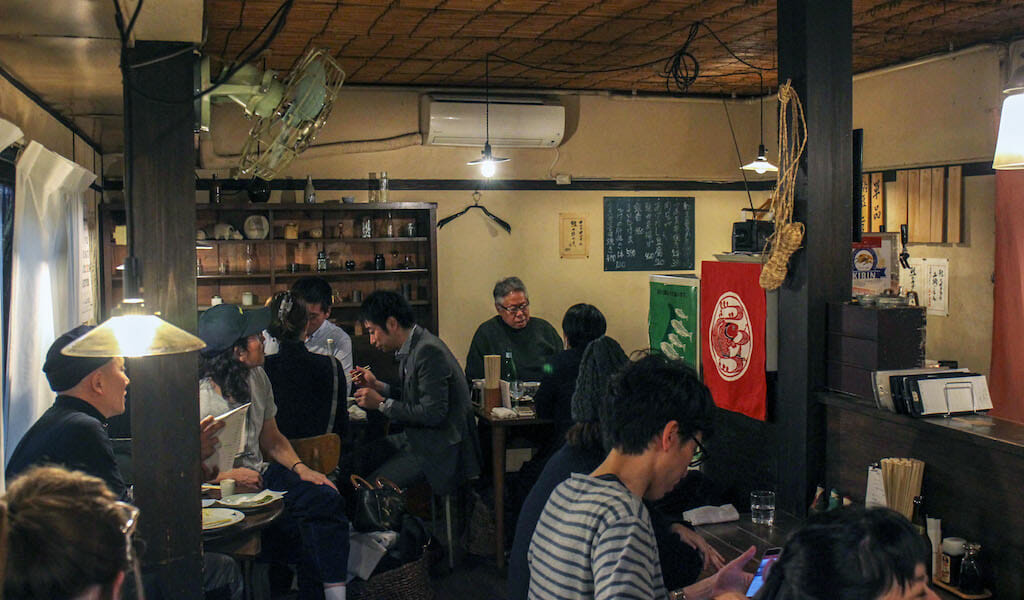