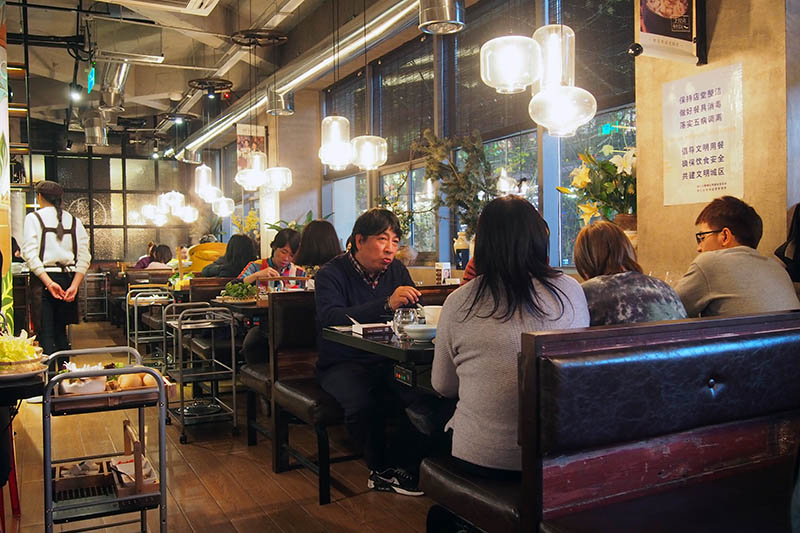 Whether you call it steamboat, hotpot, Chinese fondue or shabu shabu, one thing is certain: Nothing warms you up in the depths of winter like a steaming bowl of bone broth. As winter continues its dreary hold, here are five of the best places to get hotpot in Shanghai.

With 19 locations in Shanghai (and more than one hundred around the country) and counting, this Harvard Business Review case study has mastered the commercial side of the hotpot game. Service is part of the fun here, and you’ll be pampered by the waitstaff, whether it’s a manicure while you wait for your table or a splashguard to protect your phone from lamb-slice-trawling accidents. While the raw ingredients are definitely above average here, you come for the whole experience, which ends with a kung fu noodle master ribbon-dancing toward your pot.

Hotpot aficionados often joke that getting hotpot is like getting a broth facial, and nowhere is that more true than at Elixir. The slurp-worthy “collagen” pot simmers unctuous pork knuckles for hours until they release all their skin-plumping power, and nourishing herbs like ginseng add their superfood properties to the soup. Free-flow “bread” tofu and after-drink digestifs made with Yakult round out a delicious and wholesome meal.

The new kid on the block, this second-floor hotpot restaurant has an all-natural, straightforward twist: The hotpot broth is composed of pure coconut water. To get the meal going, you simply order a full or half chicken, flown in from southern China’s Hainan Island, and let it cook for three to five minutes. This gets the broth infused with the fats and flavors of the bird, leaving you with an excellent base to throw in the usual suspects: vegetables, noodles and fungi – go ahead and skip the beef here. The end result is a meal that gets more and more delicious as you go along, until you’re practically licking the hotpot itself dry – a truly rare occurrence in the oft-oily canon of hotpot broths.

Last year was a great year for this beef-specialty restaurant, which opened its second location in Changning district and was awarded Best Chinese Restaurant in the city by the readers of Time Out Shanghai. That well-deserved honor is thanks to the fact that they don’t freeze any of their meats; in fact, the beef is carved to order and the bone broth soup is so good, you’ll want to drink it straight. And Holy Cow’s owner sources their pesticide-free produce from a family farm, a plus in a city that is rife with food-safety scares. 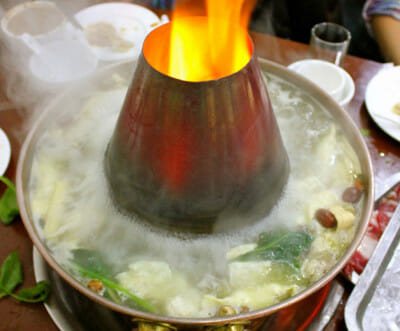 Taking its cues from the Mongols who first introduced the hotpot meal to China, Lao Beijing is as basic as it gets when it comes to hotpot in Shanghai. There’s no sauce bar here – you get a bowl of sesame-peanut sauce with fresh cilantro – and the big decisions you make on your cuts of meat are about how fatty you want them. But during wintertime, this hole-in-the-wall draws lines out the doorway, which is conveniently where the butchers carve the lamb slices, in a sort of pre-dinner palate teaser. 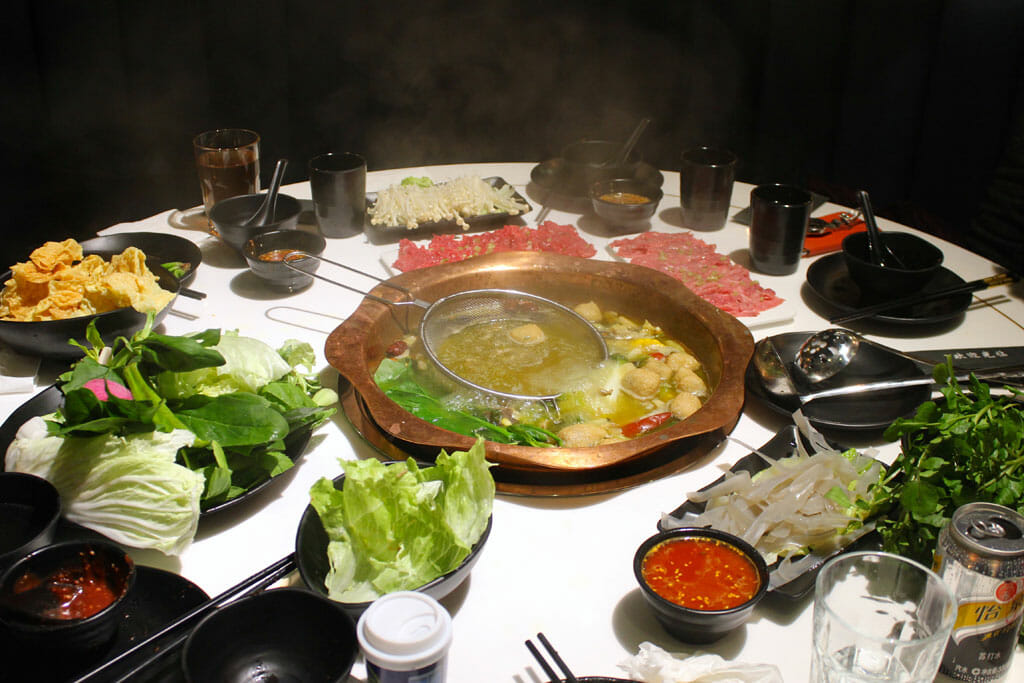