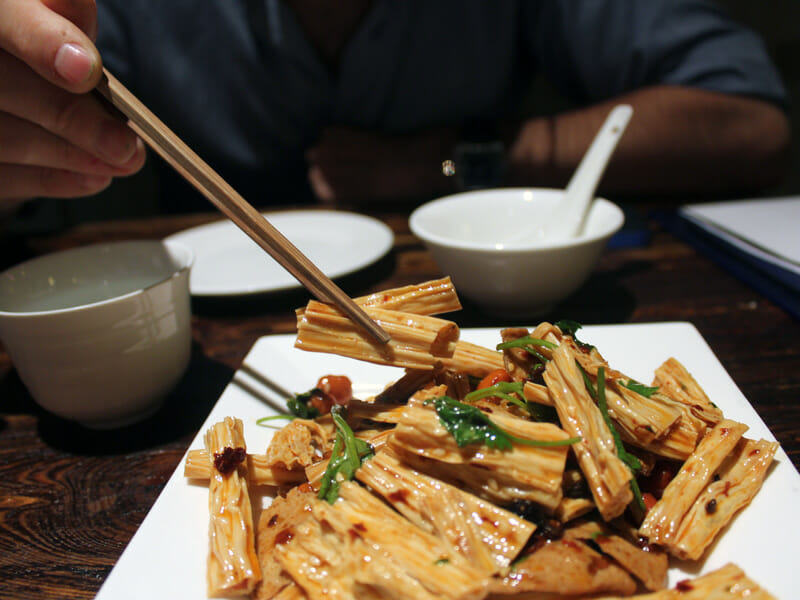 From a country that maintains a “national strategic pork reserve” – vast bunkers of frozen meat that can be released when the price of the commodity gets too high – one might not expect to find an impressive number of traditional vegetarian restaurants, but you’d be surprised. While exact numbers are hard to pin down in China, it is thought that around 20 percent of the Chinese consider themselves Buddhist, a number that tops out at around 280 million people. In culinary terms, that translates to hundreds of millions of would-be vegetarians – though, as in any religion, devotees interpret tenets at will, and most “vegetarians” in China enjoy a sprinkling of pork in their tofu to “add flavor.”

For those looking for a meat-free meal, Shanghai does offer a range of veg-friendly restaurants and cafés serving up some unexpectedly delicious herbivore dishes. One such place, Ji Xiang Cao – Lucky Zen, is a welcome respite from the often bustling renao atmosphere that resonates throughout most other popular spots. Upstairs from its street-level entrance, a small shop sells books, crystals and teapots, which also serve as decoration and centerpieces around the simple, yet welcoming restaurant. Serene gu zheng (a type of Chinese zither) music playing overhead rounds out the zen-like atmosphere.

Start with the cold bamboo tofu (腐竹, fǔzhú). Sometimes called the butter of tofu (or yuba in Japanese), bamboo tofu is what floats to the top of the boiling water during the tofu-making process. Skimmed off and clustered into packets that crinkle the skin, the bunched-up crème de la tofu ends up looking more like a stalk of bamboo, but the texture is reminiscent of cheese or curds. Like a sponge, it soaks up all the delicious flavors that surround it, so bamboo tofu is often paired with assertive flavors, which is how it’s done at Lucky Zen, where they add Sichuan peppercorns, cilantro, chili oil and peanuts.

While other Buddhist restaurants around Shanghai tend to focus on faux-meat dishes, using seitan (wheat gluten) and forms of soy in an often less-than-convincing manner, Lucky Zen focuses on reaching a more purely veggie nirvana. Dishes tend to center on fresh, seasonal veggies and innovative uses of mushrooms. Our favorite is the black pepper mushrooms (黑椒墨玉, hēi jiāo mò yù). In this dish, various types of mushrooms are sautéed, tenderized and smothered in a finger-licking black pepper sauce. It’s a variation on the classically carnivorous dish “beef on an iron plate” (tiěbǎn niúròu) that arrives sizzling with thin strips of beef mixed with peppers and onion. Lucky Zen doesn’t try to replicate the texture of the beef with faux-meat wizardry, and comes out the better for it; the mushrooms and presentation evoke the beef dish to a certain degree, but the veggie version ends up maximizing the flavor with zero trade-offs.

If you’re looking for noodles, you’re also in luck. “Ants on a log” (蚂蚁上树, mǎyǐ shàng shù), a Sichuan province noodle classic, skips the pork but packs a punch with chilies and scallions mixed into a mound of glassy vermicelli. By the time you get to the enticing fern-root noodles – purple, almost black, strands served cold in a vinegar and chili oil sauce (酸辣蕨根粉, suān là jué gēn fěn) – you’ll probably have completely forgotten about the existence of meat in the bustling world outside.

While the veggie dumplings don’t stand out from the crowd here, there are several different types on offer for vegetarian eaters wanting to get in and see why dumplings of all shapes, sizes and cooking forms are so deeply ingrained in 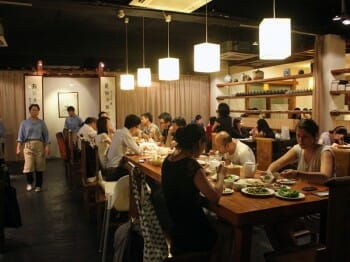 We also never leave here without drinking a cup of their beautiful tea. Served in tall, clear glasses, these traditional Chinese medicine concoctions – like jujube and ginger or wolfberry with chrysanthemum – explode with flavor and health benefits, and are particularly zen-ful to look at as well.

The English menu and pictures here clearly highlight the ingredients used, even if the final iterations are dishes you may not have ever tried or thought of before. This yields a tasty meal that’s full of surprises, and guarantees that – at least for another meal – China’s strategic pork reserve remains locked up and on ice. 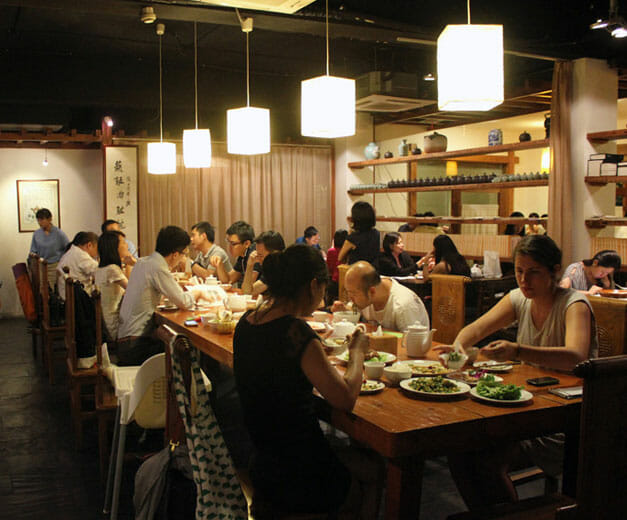 Shanghai | By Kyle Long
By Kyle Long
ShanghaiStrict vegetarians in Shanghai face a double-edged sword when it comes to staying meat-free. On the one hand, the country’s large Buddhist population means they are in good company. It is estimated that the total number of vegetarians in China reached about 50 million last year. However, while tofu dishes can be found on just… 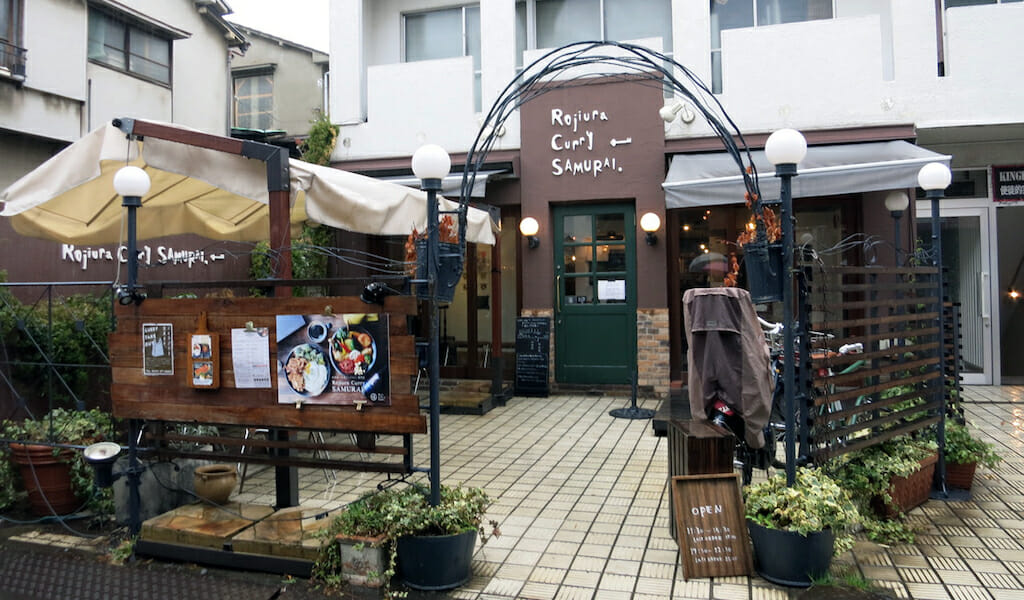 Explore the Kichijoji neighborhood on our Tokyo walk!