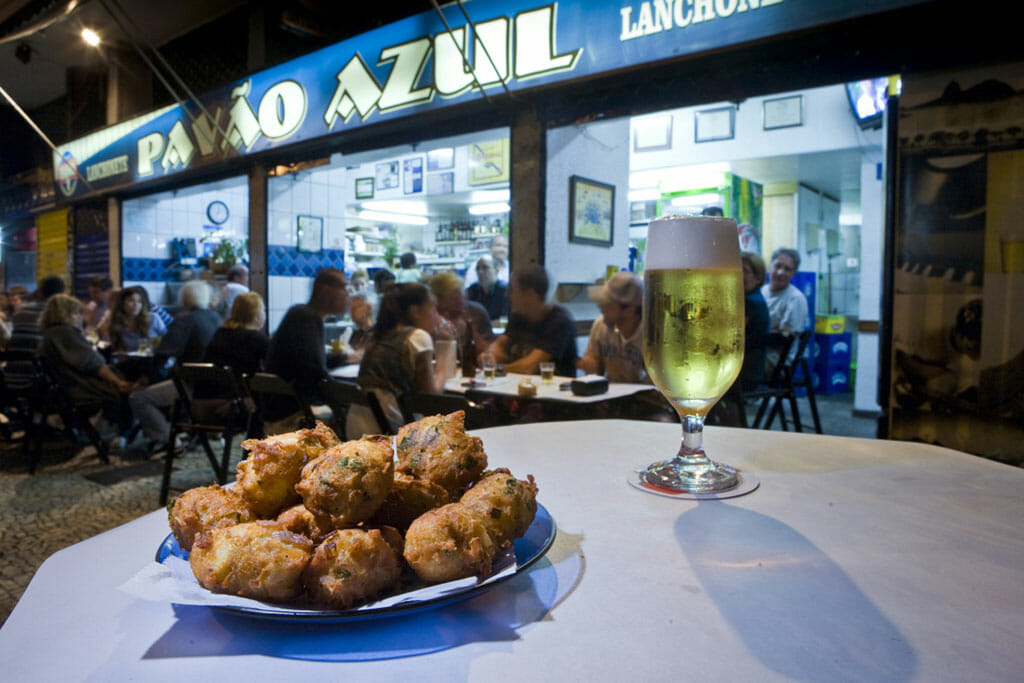 There’s one thing about the very popular Copacabana bar Pavão Azul that remains a mystery, even after 60-odd years of business: its name. Pavão azul means “blue peacock” in Portuguese, but even the owners don’t know where this curious name come from. Some customers who have been frequenting the bar since it opened in the 1950s say that it was named after the bar in the movie “Casablanca” – except that that place was actually called the Blue Parrot.

What’s not a mystery is the bar’s popularity. Once just a regular old botequim – a small bar serving simple food – Pavão Azul was discovered by food critics thanks to its patanisca. A lesser-known variety of fried cod balls (bolinho de bacalhau), patanisca is made with an egg batter, which turns the fritter into a crispy delicacy, completely different from regular cod balls made with potatoes, which have a softer filling. 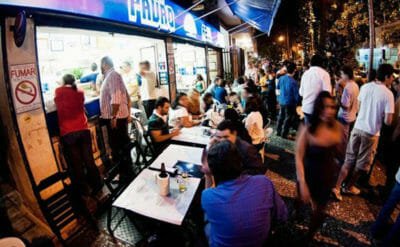 The patanisca, as well as other delicious dishes like the shrimp risotto, have made Pavão Azul a huge success. Two years ago, the little, humble bar had outgrown its space and expanded to two other storefronts across the street. Now it has more than 30 tables and room for more than 200 customers – but often that doesn’t seem like enough. Every night, customers from all over the world pack the place, and many of them prefer to stand on the sidewalk or in the middle of the street, drinking and talking – and just a stone’s throw from the neighboring police station, no less. But the police don’t seem to mind, even when the customers lean on their cruisers and leave their drinks on top of them! The Peacock and the police have been neighbors for almost 70 years now, and they’re still on friendly terms.

There’s plenty to drink here. The bar offers 15 different Brazilian bottled beers and the traditional chopp, the most popular draft beer in the country. If you make friends with Mr. Sergio, the kind, chatty owner, you might be able to get a glass of great cachaça too, which he keeps only for special customers. But the real stars here are the two other owners, Ms. Beth and Ms. Vera, two typical Portuguese-Carioca sisters, who take care of everything behind the counters. Ex-housewives, the two ladies were compelled to take care of the bar in their mid-40s, after the death of their husbands. Strong and sweet, Vera and Beth do everything they can to make customers feel at home. They’ve become symbols of female empowerment in Rio’s food scene and are completely deserving of that reputation. 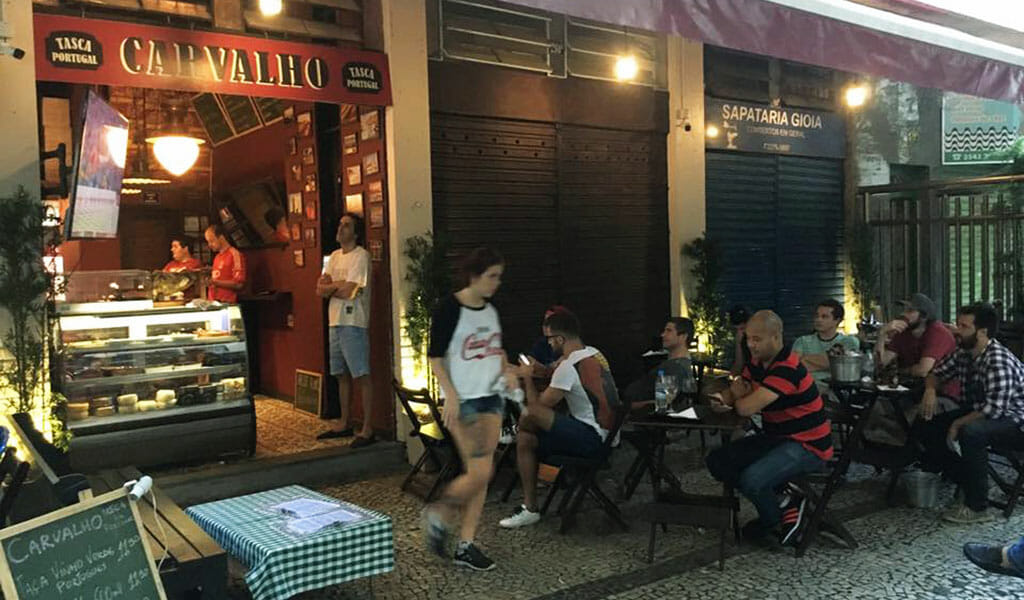 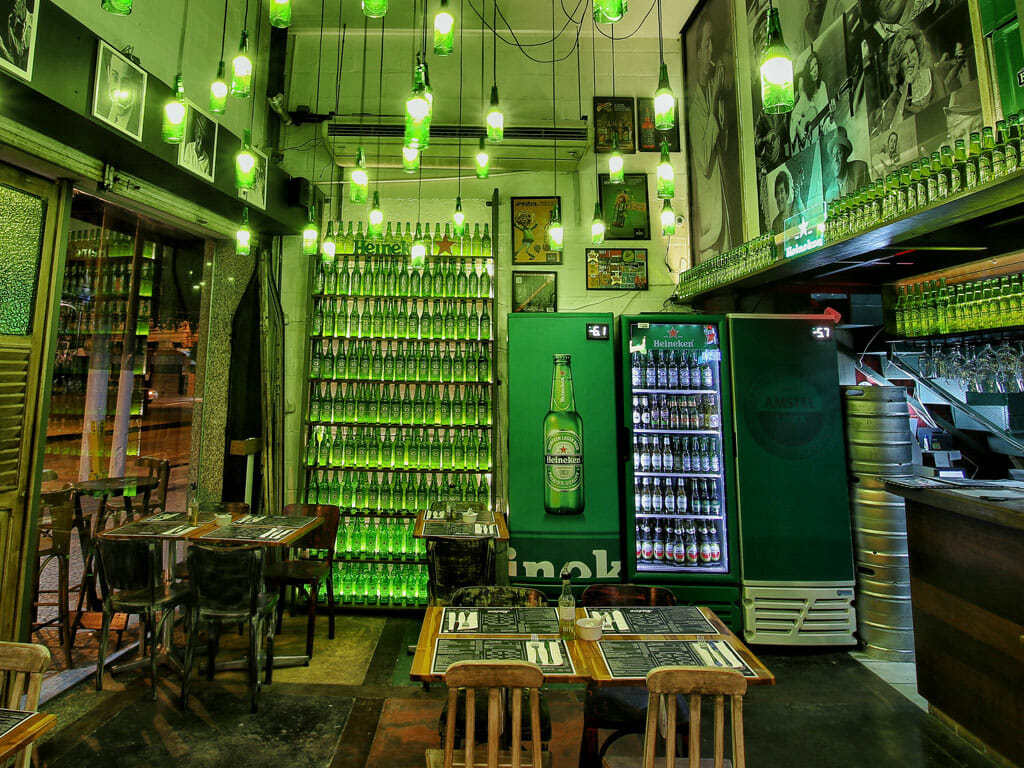