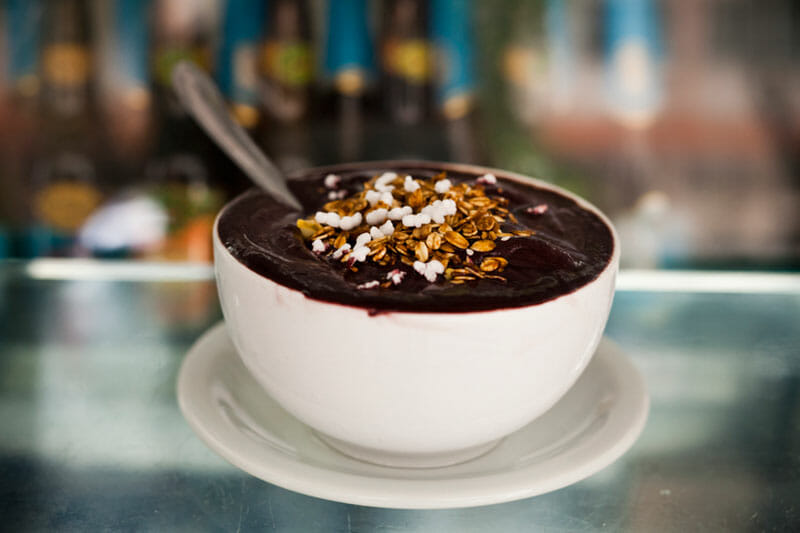 The eyes of Tacacá do Norte’s harried staff widen as yet another customer arrives during the lunchtime rush. The bedroom-sized snack bar can barely hold one line of chairs around its bar but they have somehow managed to squeeze in two. Impatient regulars shake hands and whistle “psst” to the sheepish young men staffing the establishment, who gingerly hand steaming pots of shrimp soup and freshly puréed juices over the packed bar.

If overcrowding is a problem for this tiny snack shack, it’s because it’s the real deal for açaí – a rare place in Rio serving pure, velvety slushies made from the purple Amazonian berry rather than the ersatz, hyper-sweet iced drink with lots of added sugar found in the standard snack bars elsewhere around town. While foreigners may know açaí as a trendy “superfood,” cariocas (residents of Rio de Janeiro) slurp the puréed berry as a cheap lunchtime hit. Its rich tropical punch, reminiscent of a raspberry with the slightest hints of bitter earth and chocolate, takes some aback on an initial taste, but soon wins loyal fans. To counter the bitterness, the cold, creamy açaí served at Tacacá may be sweetened with guaraná, a caffeinated Amazonian fruit the size of a coffee bean, before being topped with a portion of granola or crunchy tapioca beads.

Wedged between a flower shop and a busy intersection, Tacacá do Norte doesn’t offer much in the way of aesthetics. The walls have been decorated with all the consideration of a men’s college dorm room, with a few posters scattered here and there. The overpowering fluorescent lights – not to 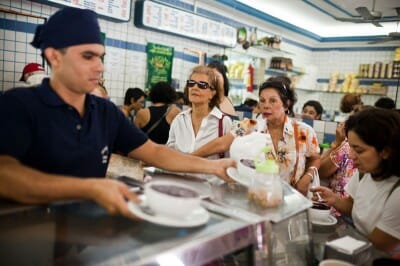 mention the Homer Simpson- like dark stain that the potent açaí leaves around the mouth – make the place a poor choice for those aiming for a good first-date impression.

The venue opened four decades ago with the intent of supplying what was missing from the often muted palate of cariocas to immigrants from Brazil’s more flavorful northern regions. Co-owner Renato Andre says the restaurant’s staff, like its exotic food products, comes from Pará, Brazil’s gateway state to the Amazon, and from the country’s northeastern states, from where generations of emigrants have relocated to prosperous Rio de Janeiro and São Paulo in search of a better life. Why does this particular snack bar fill up with such insistent and devoted clients each day? Andre remarks hurriedly, “It’s because of how long the place has been here. It’s because we serve products that are unique.”

On the savory side, the menu features tacacá (from which the snack bar derives its name), a steaming shrimp broth made with the vegetable jambu, a small leafy green that numbs the mouth – while regulars seem to love it, first-timers often find it an unpleasant surprise. Shredded crab meat topped with toasted manioc root is also popular as a lunchtime snack. But it’s the tall, icy juices that really stand out. Bacurí, a plump white fruit inside a thick shell, makes a sticky, cloudy beverage with hints of nut and grass. Mustard-colored taberebá is blended into a thick juice like a tangy mango. Mangaba makes a 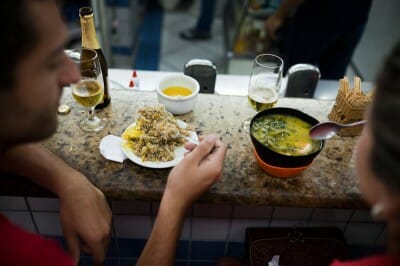 smooth drink with a flavor somewhere between that of a honeydew and a durian. The fruits are repurposed for homemade ice cream, which can be mixed with chopped Brazil nuts, called in Portuguese castanha do Pará, a name indicating the nut’s native state. Fist-sized homemade chocolate bonbons filled with castanha do Pará are a rich to-go item.

Eager customers calm down when they receive their chilled bowls of açaí, which cultivates an addiction similar to coffee. And when it comes to ordering a beer to go along with their meal, regulars are likely to order a Cerpa, a beer brand from Pará, out of loyalty to their region of origin. It doesn’t taste so different from Rio’s cerveja, but it just seems to feel right. 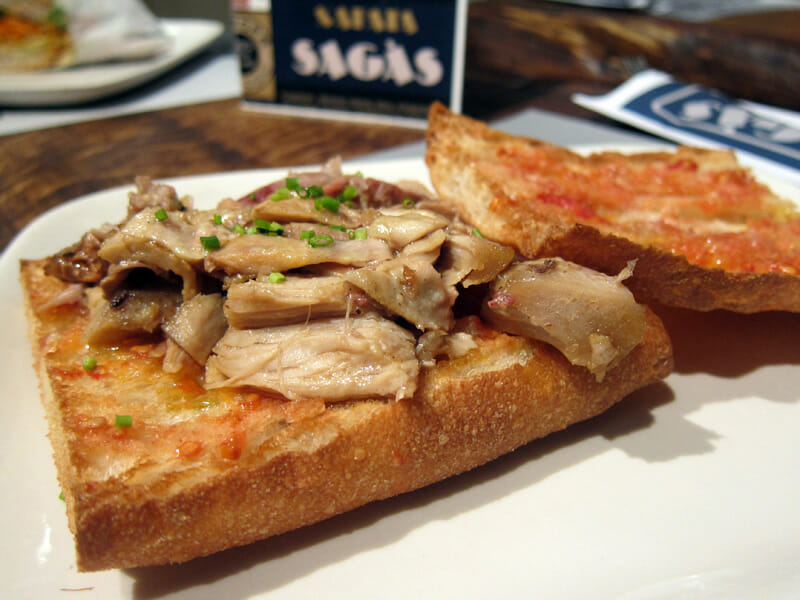 Rio | By Taylor Barnes
By Taylor Barnes
RioFrom the street, Café Lamas looks almost intentionally nondescript. A fluorescent-lit bar with a glass case of snacks and a few metal chairs would make it identical to any other lanchonete (snack bar) across the city, if it weren’t for the shadowy doorway behind the bar’s aisle. Behind that door awaits a blast from the…
Tacacá do Norte