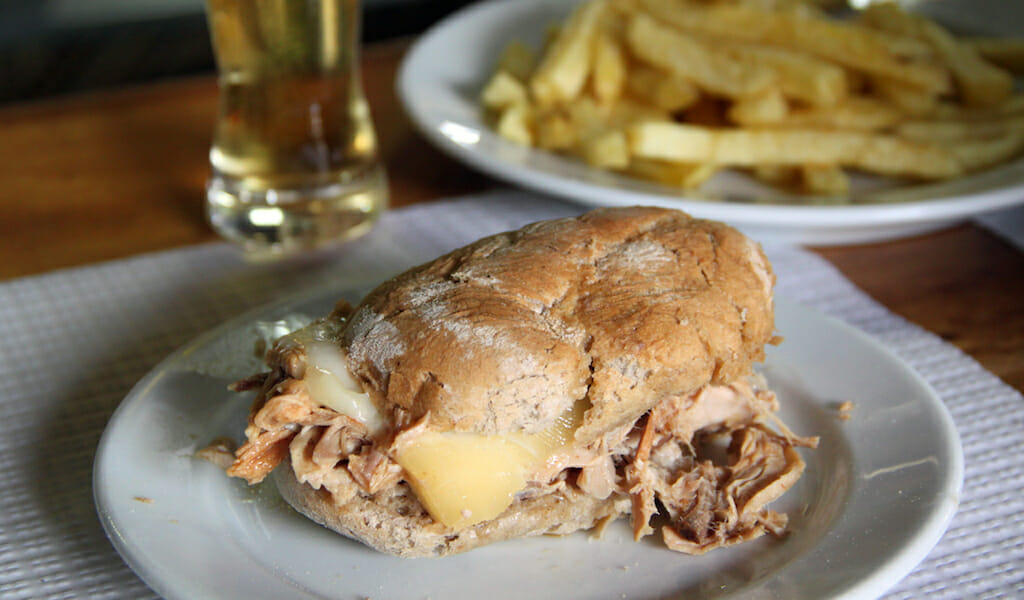 Forget the famous francesinha. The best sandwich in Porto – arguably in the country – can be found in a little 1970s tile-lined eatery; the unremarkable interior belies the iconic status of its most celebrated dish. Served up on the corner of Praça Poveiros, a square named after the fishermen from the storied maritime city Póvoa de Varzim, located just north of Porto, the sandes de pernil (roast pork sandwiches) are a curious joy to watch being assembled as well as, of course, to eat. 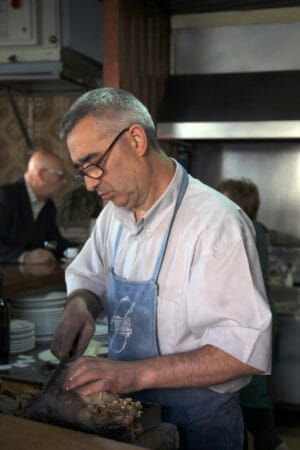 One by one, pork legs are slowly roasted in the huge oven in the kitchen behind the bar of Casa Guedes. They are then served directly from the roasting tray by the owner himself, Mr. Cesar, who expertly slices the meat before placing it on the bread and moistening it with its own gravy. He refuses to reveal the ingredients of the sauce, which is slightly spicy and is said to contain a secret Brazilian component.

Sitting at the bar during a busy lunch hour and watching Mr. Cesar put together these simple sandwiches for eager crowds makes for strangely compelling viewing. He can’t even guess how many he has served up in the last 30 years, but you can tell from his nimble hands that it’s his life’s calling.

The sandes de pernil are a curious joy to watch being assembled as well as, of course, to eat.

The upgraded (and highly recommended) version of the sandwich contains the gooey queijo Serra da Estrela, a creamy sheep’s milk cheese made in the mountainous region of Serra da Estrela. This heavenly queijo has protected status and is included in the international list of endangered heritage foods maintained by the global Slow Food movement. Normally the cheese is bound in cloth; to eat it, the upper rind is cut and the soft cheese is drawn out of the center with a spoon. To round out the meal, we order Casa Guedes’s homemade fries and a glass of draft Super Bock dark beer, the Portuguese version of Guinness, albeit lighter in taste.

Though it is Casa Guedes’s raison d’être, sandes de pernil aren’t the only thing on the menu – their cod, steaks and octopus rice dishes are also formidable. The small shop also offers a peculiar winter dish typically found in northern Portugal: papas de sarrabulho, a soup made of sarrabulho (pig’s blood), a mixture of meat (hen, pork, sausages, ham and chorizo), cumin, lemon and papas (bread or millet flour). 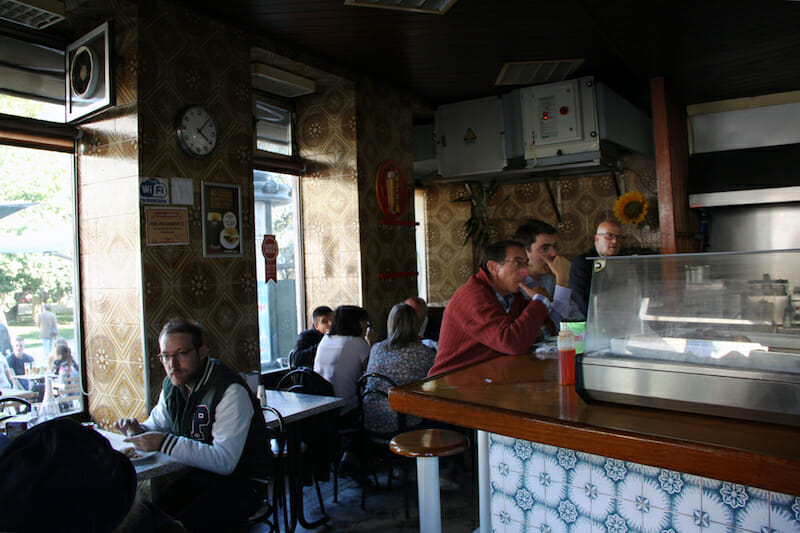 The stools around the bar and the minimal seating are never enough to accommodate Casa Guedes’s many fans – despite Porto’s frequently gloomy weather, locals and tourists can almost always be found waiting patiently in queues that stretch down the pavement.

This humble and low-cost eatery has been Mr. Cesar’s domain for decades, so it’s especially saddening to think that it may not be his for much longer. There’s a strong possibility that the building’s owner will not renew Mr. Cesar’s lease. He reckons that the owner wants to sell – a sign of the wave of real estate speculation currently hitting the city. At the very least, Mr. Cesar swears that Casa Guedes will stay on the same square, even if it’s at a different location, and will continue its role as Porto’s humble food landmark.

“Many foreigners have asked me to open a Casa Guedes franchise in other countries, but I always say no!” Mr Cesar says. Personally, we’re thankful that the famous sandes de pernil will remain unique to this locale – it gives us a reason to keep coming back. 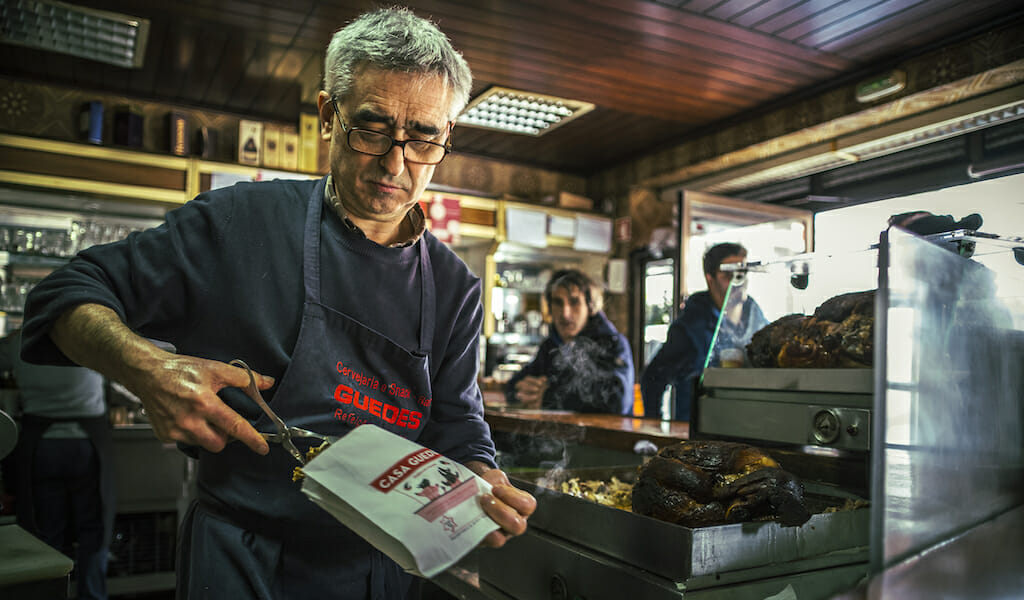 Porto | By Cláudia Brandão
By Cláudia Brandão
PortoLunch at Casa Guedes is one of our favorite culinary rituals in Porto: After snagging a seat at the bar during the midday rush, we sit, mesmerized, as Mr. Cesar nimbly cuts slices of roasted pork shank, then places them on bread and moistens it all with his secret sauce. While not the only item…
Casa Guedes
Praça dos Poveiros 130
Tel. +351 222 002 874
Hours: Mon.-Sat. 8am-10:30pm