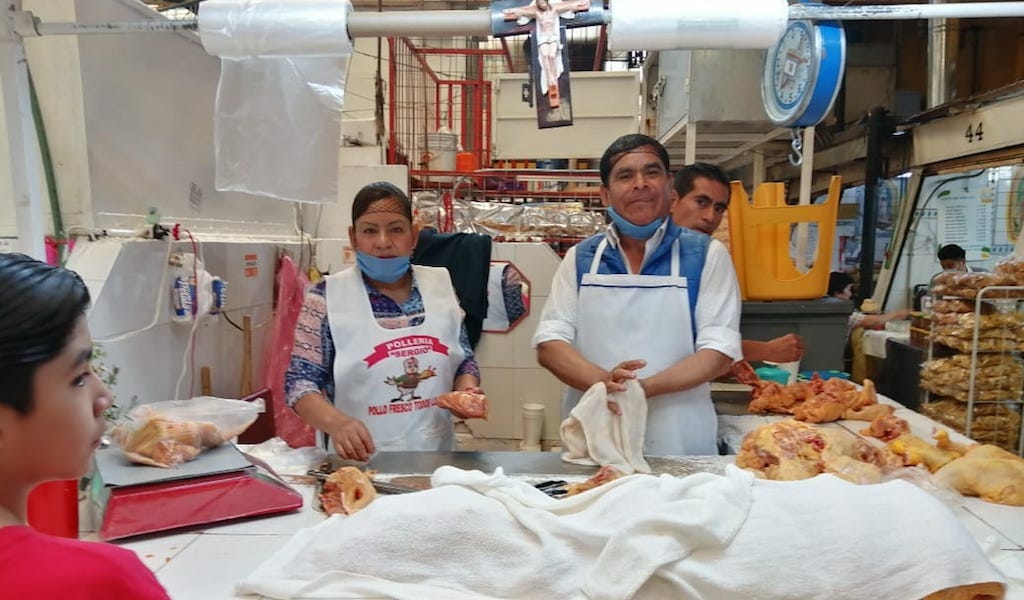 In 2009, the A(H1N1) virus, known colloquially as the swine flu, hit Mexico hard. Only a few months before the outbreak began, I had moved from San Miguel de Allende to Mexico City trying to rescue a broken relationship. I had to take the most boring job in the world: a customer service agent at CheapTickets, an online travel company.

I was in training when all of a sudden the streets of Mexico City emptied out. Essentially, my job was to sit in front of the computer for hours and talk on the phone with very upset and nervous customers trying to change their return flights. We never stopped working. There were a lot of health protocols. To get to that job, I needed to take both the metro and the bus. It wasn’t as busy as usual, and most of people were wearing masks.

Ten years after the swine flu epidemic, things looked very different here. While we were all watching the deadly spread of the coronavirus in China, Europe and the U.S., life in Mexico City seemed to carry on as usual. It was only recently that things started to change.

My last scheduled Culinary Backstreets walk on March 23 was canceled the day before – the customer wanted to fly back to the U.S. The official numbers for Mexico on March 28 were 848 confirmed cases, 2,623 suspected ones and 16 dead. It may be spreading, but most Chilangos are used to disasters of every kind.

In fact, a large swath of society took precautions even before the government announced restrictions – many of us have remained at home as much as possible during the last two weeks. Nevertheless, I have to say that some people, along with some officials, are still skeptical. Just to give you an idea: Ten years ago, during the H1N1 epidemic, Vive Latino, a massive two-day rock festival, was canceled. But this year, more than 80,000 people attended the festival on March 14-15. City officials maintained that they checked the temperature of each festivalgoer and provided free hand sanitizer.

So far, it seems like the federal government and the 32 local state governments are not working together – there’s no coordinated response. Plus, the fact that our president touted religious images as the best way to protect the country from coronavirus has embarrassed a lot of Mexicans.

My wife and I decided to send our daughters to stay with their grandparents, who live in the suburbs, as schools have been closed since March 19. They took Paquirri, our Chihuahua, with them. 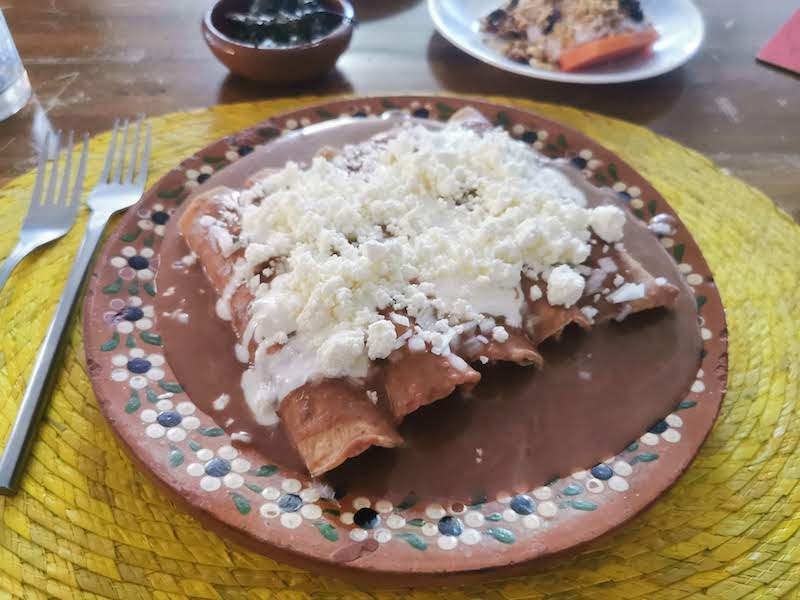 We have struggled with voluntarily isolation inside our small two-bedroom apartment. I am an outdoor person, so it’s been quite a challenge. We split up household tasks. One positive thing, I have to say, is that we have been eating very nicely. Simple but tasty food made by my wife: enfrijoladas, chilaquiles, pork ribs with squash, molletes, tuna fish with tomato, onion, cilantro and lime juice, mashed potatoes and more.

My job has been to select the books to read in our “dead time.” I’ve tried to choose literature written in the middle of hard times or interesting periods in the history of Mexico. I would like to share with you my first selections:

The Decameron by Giovanni Boccaccio (1353)

The book is a series of tales as told by young women and men who are trying to escape the Black Death by staying in a secluded villa on the outskirts of Florence. It very much highlights the values of urban communities at the time: quick wit, sophistication and intelligence.

This former soldier of Cortés, whose conquistadores destroyed Mexico Tenochtitlan, the Mexica people’s capital, wrote down his memories at an old age. He apparently got upset that others were publishing histories about the Conquest of Mexico but had never been to America! So that’s why he named his book the true one. Díaz del Castillo relates how a terrible unknown disease introduced by the conquistadores started badly decimating the Indigenous population.

In the Shadow of the Angel by Kathryn Blair (1995)

This biography looks at one of the lesser-known talented women of Mexico: María Antonieta Rivas Mercado. Born in 1900, she was a patron of the arts, a writer and an activist for women’s rights. She spent most of her fortune trying to achieve the dream of a better Mexico but eventually lost her mind, shooting herself inside Notre Dame Cathedral in 1931 at the age of 30. The author is married to Antonieta’s only son.

One thing we can be sure of, as we spend our nights eating and reading, is that Mexico will fight. We are survivors. We survived the horrors of the Conquest. We survived several U.S. and French invasions. We overcame the student massacres of 1968 and 1971. We have gone through numerous natural disasters: volcano eruptions, fires, earthquakes and more.

First, our relationship with the dead is well known all over the world. Death has the shape of a woman; we talk to her. We have buried and celebrated our loved ones since pre-Columbian times.

Second, I can’t believe the amount of jokes around this tragedy that have inundated social media. On this subject, the poet Ricardo López Mendez once wrote: “You carry the scent of tragedy, my land, and yet you laugh in abundance. Perhaps because you know that laughter is the envelope of silent sorrow.”

In the meantime, I go to the public market to buy the supplies from its heroic vendors. They are standing behind the counter with a smile, always there for you, risking their lives so people can take some food back home.

Editor’s note: With the coronavirus (Covid-19) crisis rapidly and profoundly impacting many of the cities we work in, we’ve asked some of our correspondents to file dispatches detailing how they and the places they live in are coping with this new reality. Our tenth report is from Mexico City, which, so far, as avoided the high infection rates of its neighbor to the north. 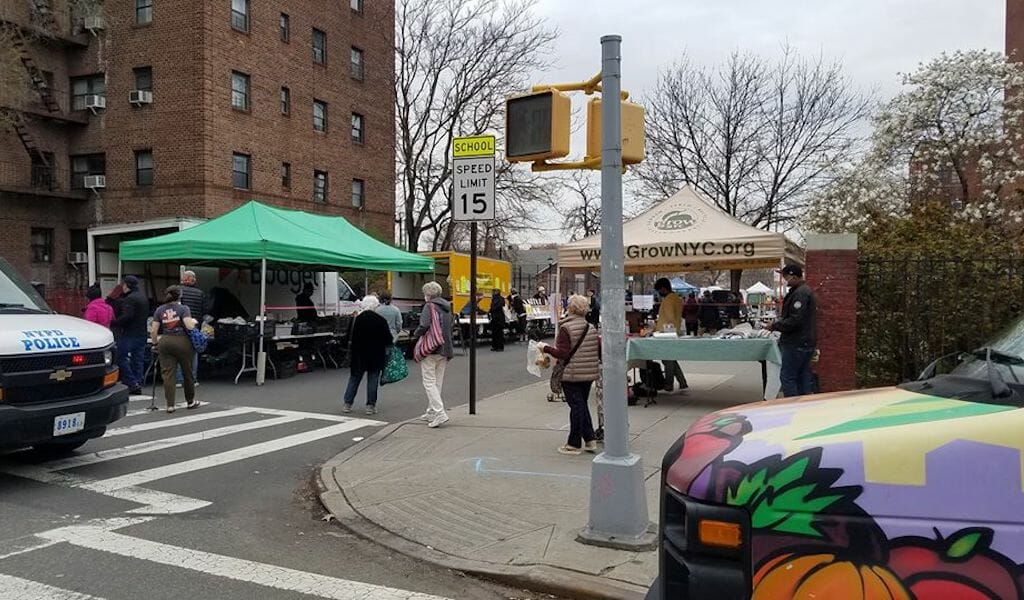 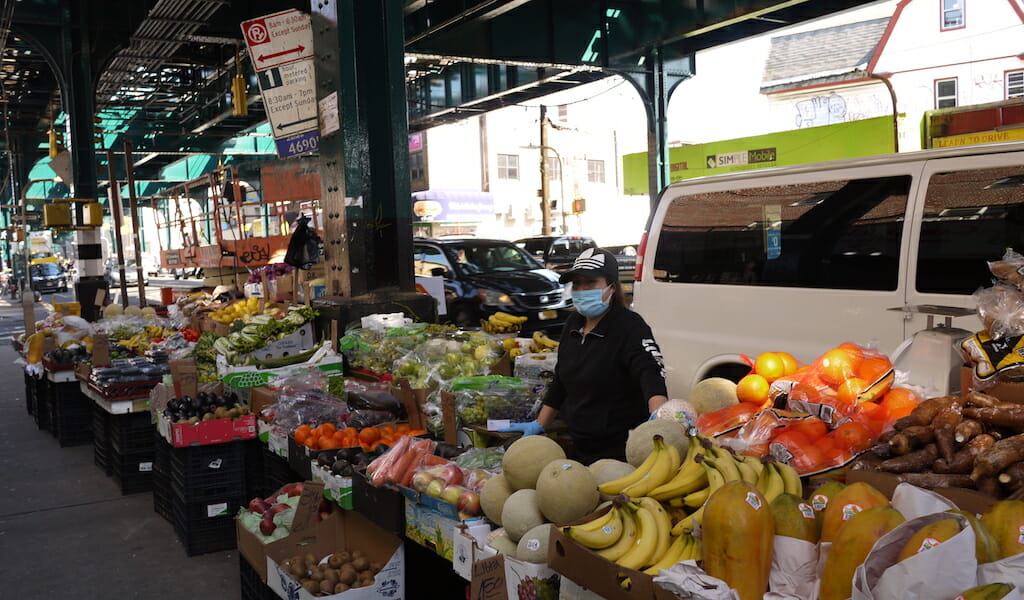 Queens | By Esneider Arevalo
By Esneider Arevalo
QueensI have sat down to write this three or four times, and every time I stop, scrap everything and start all over. For many reasons, the most important being that things are changing so fast – every time I finish, the information I have included is inaccurate. More and more restaurants are closing, businesses are changing…