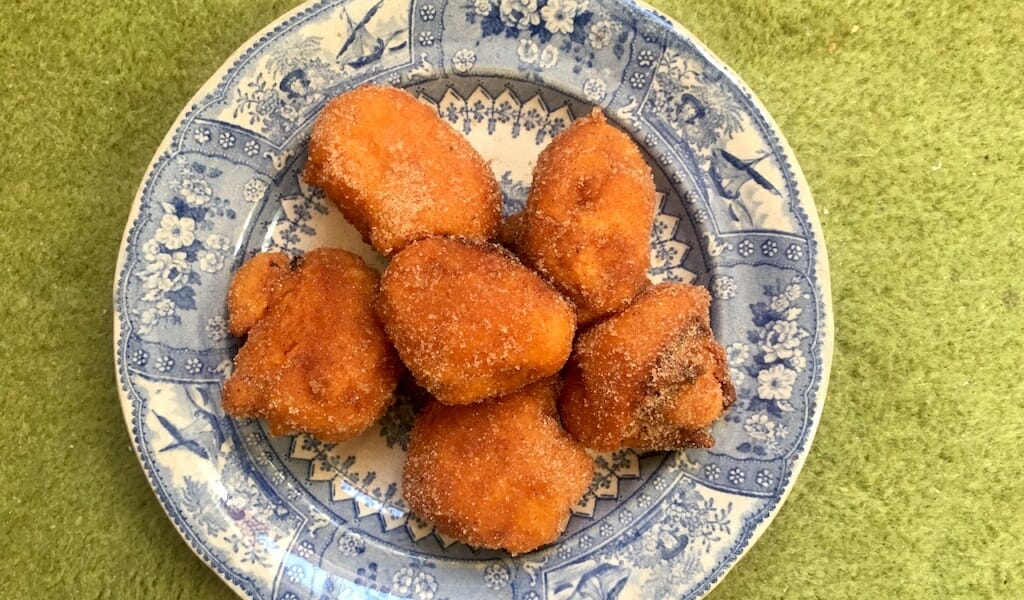 Whenever I hear Annie Lennox singing, “Sweet dreams are made of this, who am I to disagree,” I like to think she’s looking at a bowl of pumpkin doughnuts. I’m sure she never heard of sonhos, but let me explain.

Traditionally, the Portuguese consume large amounts of sugar and cakes at Christmas time, from the Bolo-Rei (a circular cake with nuts and candid fruit) to broas (small sweet and moist cakes usually baked with sweet potato or corn flour), arroz doce (rice pudding), azevias (a fried pastry with a chickpea or sweet potato filling) and lampreias de ovos (an odd-looking lamprey fish made of egg yolks and sugar). But during this sugar overdose between Christmas and the New Year, the deep-fried sonhos (literally “dreams” in Portuguese) are my favorite. 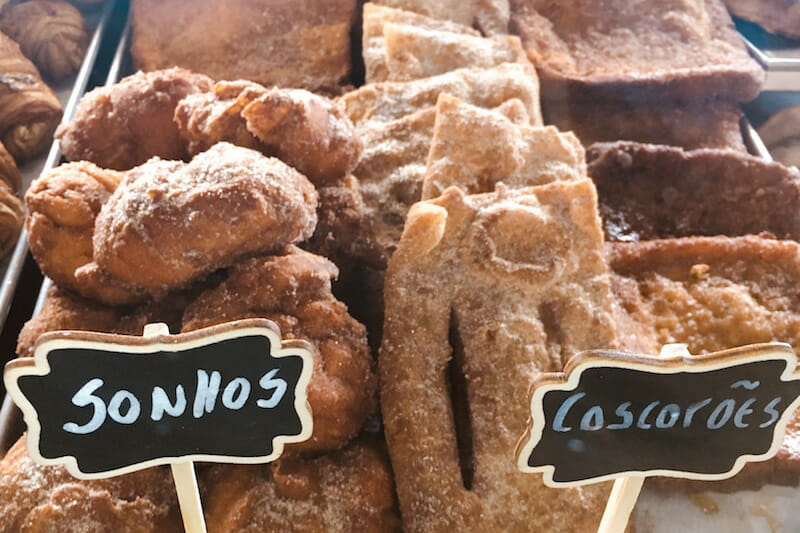 As a child, our Christmas table was crowded with pastries, cakes and desserts. They were devoured by my brother, me and my cousins after weeks of anticipation and days of intense preparations. It was a feast, certainly not the healthiest, but for two or three days the festive season revolved around baking and cooking, running from the kitchen to the table.

I would help my grandmother and mother sprinkle some sugar and cinnamon in the filhós, sonhos, coscorões and azevias (the latter two required the rolling pin) before these pastries were deep fried. My grandmother, being diabetic, generously made most of these even if she couldn’t eat them herself. I would always ask to do some with the rolling pin – I found it fun to stretch the dough. But that began to loose its charm when I had to make dozens in a row.

When I got older, my job was to fry all of these during long afternoons in the kitchen, a choreographed dance of efficiency with my mother (by now the main pastry leader). My father would sprinkle the sugar and cinnamon, and make his specialty, the rabanadas (fried slices of bread dipped in eggs and milk, similar to French toast). The ingredients and names may be different from north to south but there are always deep-fried pastries in every Portuguese house around Christmas time.

My grandmother was from Beira Baixa, and we adore the pumpkin sonhos and filhós that she taught us to make (in some regions they’re made with only flour and eggs). When she left us ­– too soon, at the age of 67 – my mom and aunt tried to replicate her filhós, which are technically difficult and need quite a bit of proofing time. They were good but not the same.

Every year we remember my grandmother’s skills, and the long hours we spent together in the kitchen.

Over time, we started to concentrate on the “dreams,” as it was easier to get them right. Still, every year we remember my grandmother’s skills, and the long hours we spent together in the kitchen. On Christmas Eve, we had to be patient for two things: the gifts that would be brought around midnight by Baby Jesus, and the filhós that would take hours to prepare, proof and fry.

Our family’s recipe for sonhos doesn’t have any eggs, just self-rising flour, mashed boiled pumpkin and sugar. Easy and delicious. Even during the worrying sugar shortage of Christmas 2010 – when sugar was rationed at supermarkets and we were passing it on to friends and relatives as if it was again the precious white gold of the 15th and 16th centuries – we managed to make the sonhos. Probably with a bit less sugar, for which our teeth were temporarily thankful.

If you’re in Lisbon during this festive season, you can find them in a good pastelaria like Versailles or at Confeitaria Nacional. Have a bite and think about those “Sweet Dreams.” 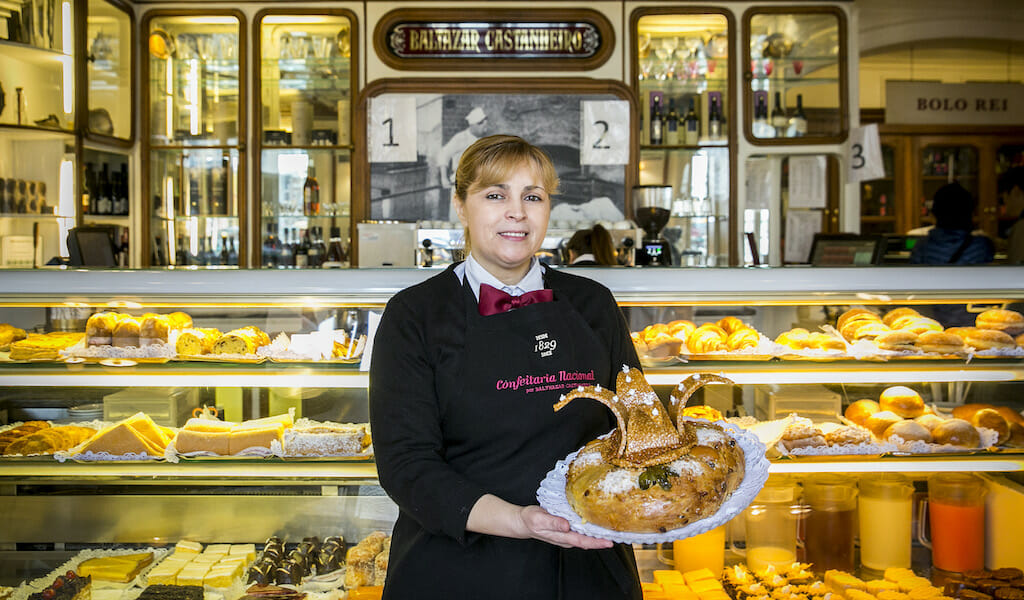 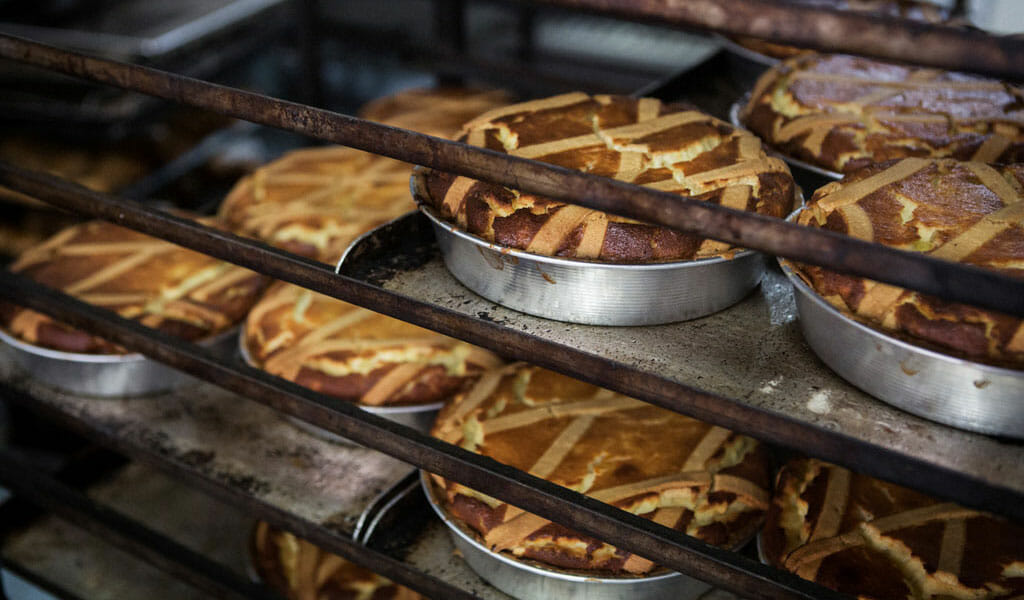 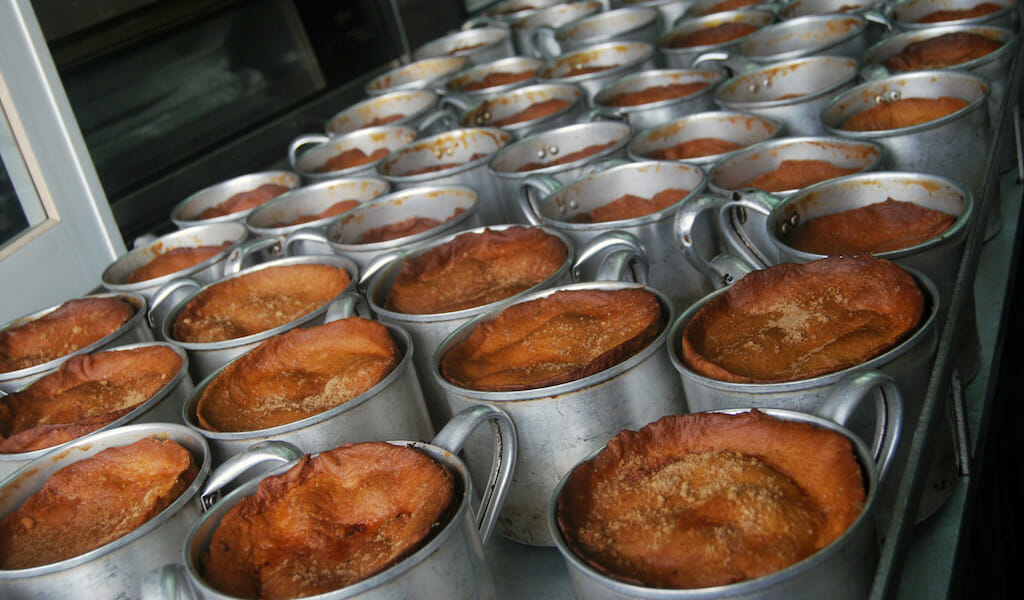 Lisbon | By Célia Pedroso
By Célia Pedroso
LisbonA visit to a pastelaria in Lisbon in the lead up to Easter brings with it new surprises. Alongside the usual pastries and cakes, you’ll spot folares, loaves of sweet bread, some topped with hardboiled eggs, and many surrounded by a colorful assortment of almonds. This type of bread, which contains ingredients forbidden during Lent,…