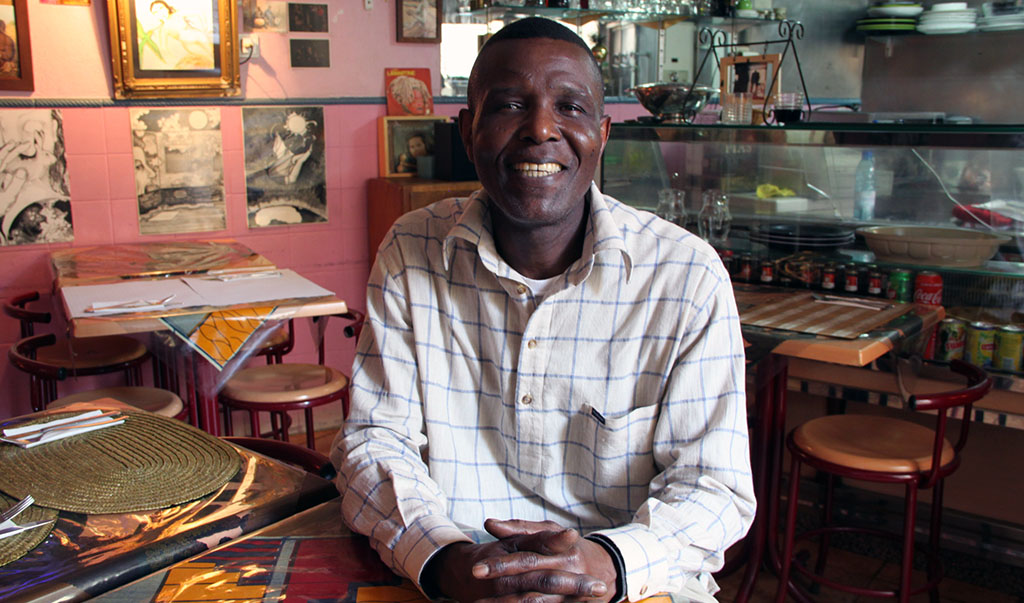 Those normally finding themselves craving Angolan flavors in central Lisbon head straight to Mouraria, the historic downtown neighborhood that has experienced a conceptual conversion of its peripheral status into a landmark of cultural and culinary diversity. Despite it being the area with the highest density of Angolans in Lisbon’s city center, Angolan restaurants open and close at a rapid rate, the exception being CB favorite Palanca Gigante. There is, however, an unnoticed eatery up the hill of this entangled bairro.

Although it opened four years ago, Shilabo’s has gone mostly unnoticed by many lisboetas – perhaps due to its minimal size (only 12 seats) or to the discrete nature of owner Santiago Afonso Julio. From his tiny open kitchen, he serves up just three or four daily dishes, indicated on the menu outside the door. Most are traditionally Angolan, such as the iconic national dish, moamba. The classic format is made up of stewed chicken pieces served with funge, the gelatinous porridge of cassava (or corn, in the southern part of the country), and can be prepared either with peanut butter or with palm oil. Afonso Julio’s version is a fusion of the two.

Kizaka is also often available on Julio’s menu. This succulent dish is made of manioc leaves prepared with peanuts and served with cacusso (river fish) and fresh mackerel, accompanied by rice or funge. This specialty, together with fumbwa – made with okazi (a kind of wild spinach) with smoked fish, peanut butter and palm oil – reveal a Congolese influence, which can be ascribed to Afonso Julio’s journey. 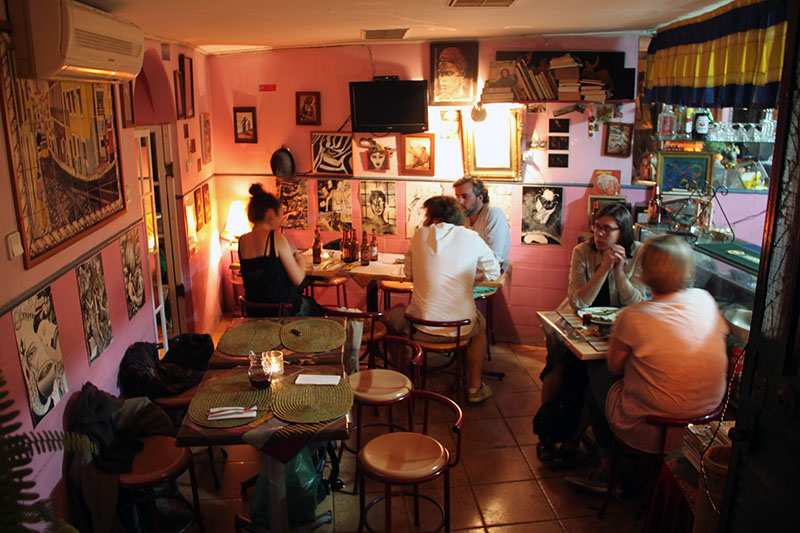 Born in the northwestern Angolan city of Uíge, he grew up mainly in Kinshasa (D.R.C.), where his parents moved in order to escape the civil war. Cooking from an early age with his mother, Afonso Julio kept Angolan culinary traditions as part of his skillset, but his cookbook is filled with common dishes belonging to both countries.

After moving to Lisbon in 1991 and working in construction – a common trade for many Angolan migrants at the time – Afonso Julio finally opened his own business. This cozy one-room restaurant, decorated with paintings and photographs, plants, books and a radio that is usually tuned to the sounds of RTP África in the background, feels like it could be Julio’s living room. “I love to listen to music and voices from the African CPLP [Community of Portuguese Speaking Countries] while I am cooking; they talk a lot about Angola… I listen to it even if I never think to go back there,” he said.

Afonso Julio also serves a few cocktails; the most curious of which is called Cae Bém (“fall well” in Portuguese), a refreshing mix of Ginja (the Portuguese cherry liqueur), vodka, red wine, soda, orange peel and mint. It’s perfect before and after one tastes the intensely hot homemade piripiri sauce that is served with his meals.

The humble dishes (with very humble prices – a substantial order of moamba is €6) and Afonso Julio’s friendly candor make for a casual vibe that we hope will ensure Shilabo’s place in the neighborhood for a long time. 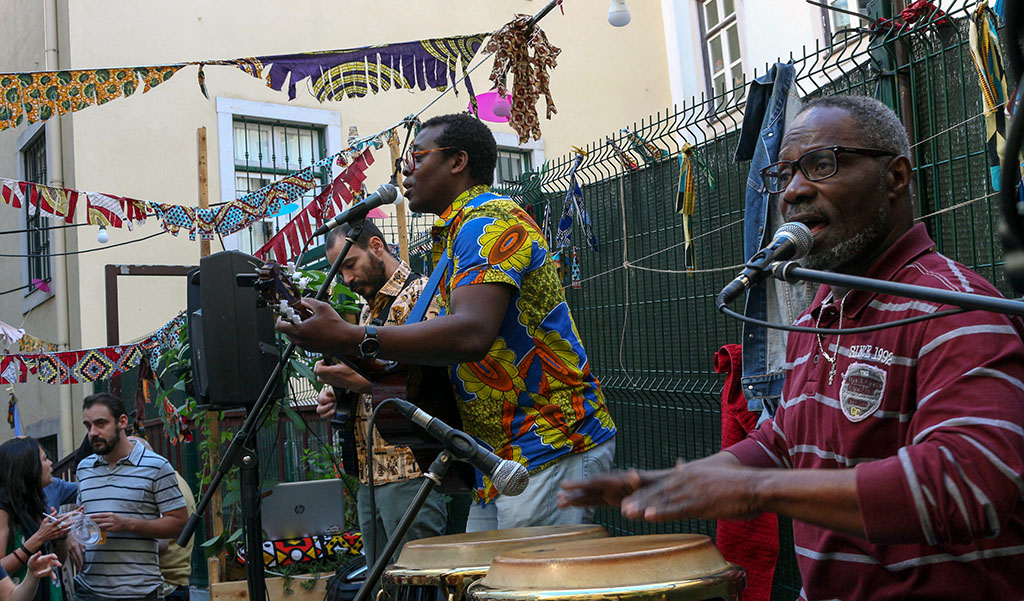 Lisbon | By Francesca Savoldi and Syma Tariq
By Francesca Savoldi and Syma Tariq
Lisbon(Editor's Note: Lisbon's communities from Portugal's former colonies provide the strongest link to the country's past, when it was the hub of a trading empire that connected Macau in the east to Rio de Janeiro in the west. Though integral elements of Lisbon life, these communities can sometimes be an invisible presence in their adopted land, pushed out…
Shilabo’s
Calçada de Santo André 74, Mouraria
Tel. +351 96 43 86 081
Hours: 3-11pm