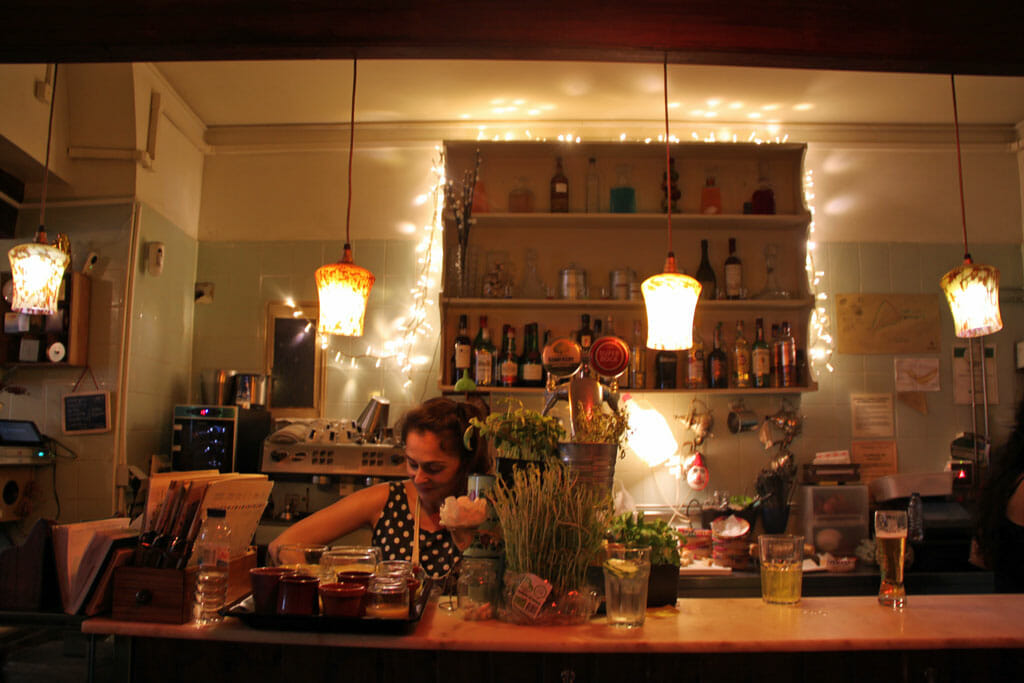 Despite being home to Lisbon’s most photographed street, Bica has maintained its close-knit-community feel, with encroaching internationalization still held at arm’s length from these bumpy cobbled lanes and steep stairways. The small residences here have generally been passed down through generations, meaning a steadfast family vibe where everyone’s laundry is, literally, there for all to see.

Estrela da Bica is a cozy, rustic restaurant at the bottom of this tiny hill district that perhaps marked the first sign of middle-class interest here. Historically inhabited by fishing families, Bica is becoming increasingly touristy by day and, thanks to the several bars around, more of a hangout at night. The inclined, central axis is a draw for anyone with a camera because of the 19th-century funicular and some stunning views over the river. 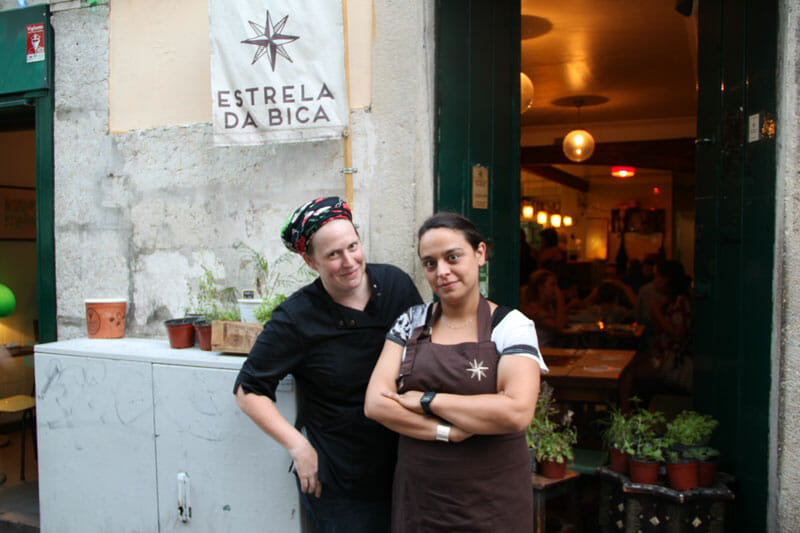 Opened first by a group of friends and now managed by Marta and Rita, Estrela da Bica (“star of Bica”) was an intrepid alternative in 2007, before the city began its current revitalization. The restaurant still feels fresh, thanks especially to Marta’s research into the fusion of national and international flavors – she was a former mentor to the restaurant’s original chef. Her kitchen experience includes time working with a Michelin-starred chef and a lot of international mileage – her parents worked for an airline while she was growing up.

The menu has several petiscos and a few main dishes that change often: hummus, trouxas de bacalhau – thin wraps of cod – salmon tataki, homemade dim sum,  tiborna – a kind of bruschetta from Alentejo, and sea-bream ceviche are some house specialities. Our tuna burger had a perfectly tender, crusted fillet with wasabi mayonnaise in a brioche bun (the restaurant bakes its own bread). Many of the products are bought at Principe Real’s organic market, and others come directly from Marta’s vegetable garden in Ericeira, a small fishing village and surfing destination north of Lisbon. The restaurant also serves up a delicious plate of pimentos padrãos, the famous peppers from the village of Padrón, in Galicia, a northeastern Spanish region that has historical, cultural and linguistic connections to Portugal. 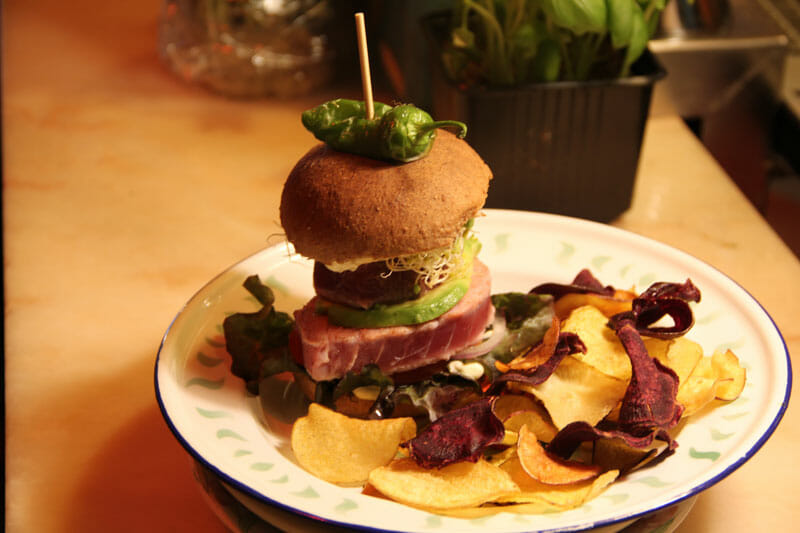 The globe on view, the small paper tablecloths marked with vintage airport stamps and many photos on the walls of people eating reflect Marta’s worldly enthusiasm, but the atmospheric lighting, good food and kind staff keep Lisboetas coming.

Though many restaurants and other businesses have opened among the alleys and steps since, Estrela da Bica has stayed integrated in the local neighborhood – and all of its everyday goings on. “Like every typical little quarter, Bica has the best and the worst,” Marta said. “People know each other so well, and that sometimes means people sticking their nose in.”