Khan al-Wazir is a remnant of Aleppo’s Ottoman past: In the late 17th century, the Ottoman governor of Aleppo commissioned the construction of this large caravanserai (in fact, its name means “caravanserai of the minister”), a building that housed both merchants and travelers.

In 21st-century Istanbul, the former capital of the Ottoman Empire, a new Khan al-Wazir has cropped up, this one providing a different type of comfort: Aleppian cuisine. “I wanted to give my restaurant this special name, which refers to the ancient link between Aleppo and Istanbul,” said Hasan Douba, when asked why he chose Vezir Han, the Turkish rendering of Khan al-Wazir, as the name for his restaurant in the Fatih neighborhood.

“Plus, in the past, many of the Ottoman sultans used to bring their palace chefs from Aleppo,” he added. 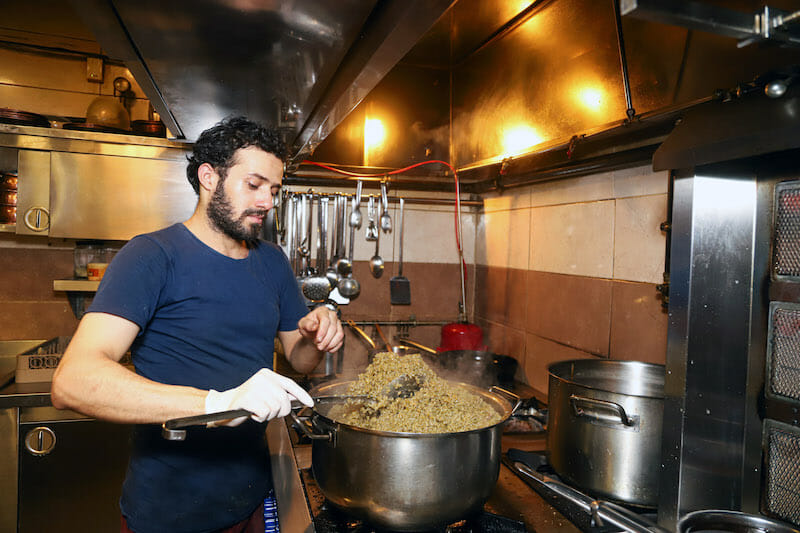 The path to becoming a restaurant owner in Istanbul began quite unexpectedly for Hasan, who is in his 40s. He came with his family to the city in 2012 to celebrate Eid (Kurban Bayramı), thinking it would be a nice holiday – they had no plans to stay. But then everything changed in Aleppo, the Syrian city that he called home: battles and clashes between the government and rebel forces had broken out in the streets, and the city was being bombarded. The Khan al-Wazir itself miraculously avoided any major damage, but the historic souk area around it was mostly devastated during the fighting. Hasan and his family decided to wait it out in Istanbul and return once the situation had calmed down.

Yet, as the fighting intensified in Aleppo, the idea of returning to his home became impossible. This was particularly devastating for Hasan, who, as the oldest of his siblings, had been forced to forgo university after his father’s early death and instead took over the family’s zipper company. Over the years, he had grown it into a very successful business, only to lose everything after war broke out in Syria.

So, stuck in Istanbul, he decided to start another business. “I opened a laundry in the Merter area in Istanbul [in 2013], but it was very difficult and expensive, and my income was so little,” he said. After a year of losing money, he decided to close up shop.

“I wanted to give my restaurant this special name, which refers to the ancient link between Aleppo and Istanbul.”

Hasan remained unemployed for a while, and then the idea of opening a restaurant that paid tribute to the celebrated cuisine of his hometown came to mind. After finding experienced chefs from Aleppo through his network and acquaintances, he opened Vezir Han in March 2014. The restaurant quickly became well known thanks to word-of-mouth. As Hasan sees it, every customer is an ambassador of the restaurant – if you serve them delicious food, they will tell all of their friends about it.

Today, Vezir Han is one of the most popular destinations in Istanbul for Arabs, particularly from Palestine and the Gulf region, and, of course, Syrians. “Our customers are mostly from Syria and Palestine, then from Kuwait, Qatar, Saudi Arabia, Libya and Iraq,” Hasan explained. Not many Turks frequent the restaurant, even though a number of Turkish politicians have dined at Vezir Han. “Turks mainly come during Ramadan,” he added, “because they love the diversity of our dishes.” To keep up with demand, the restaurant employs 20 people; that includes four very skilled chefs from Aleppo who cooked for a living back in Syria. 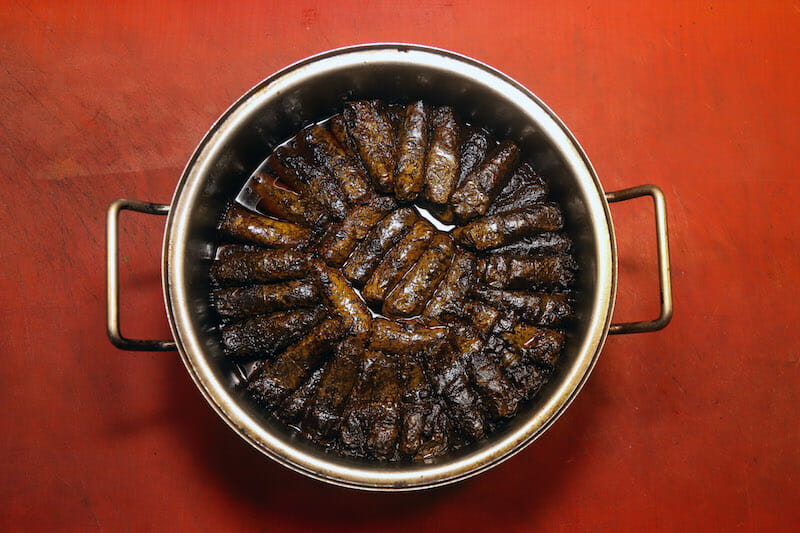 Many of the restaurant’s customers come for the special Aleppian dishes, such as cherry kebab (lamb meatballs in a sour cherry sauce) and quince kibbeh (a bulgur shell stuffed with lamb and cooked with quince in pomegranate juice). Both are exquisite, combining sweet and sour to an incredible effect.

Vezir Han also caters many occasions and parties. According to Hasan, hardly a week goes by without three or four large catering orders, which are mostly for mansaf (a Jordanian dish where lamb is cooked in a sauce of fermented dried yogurt and served with rice or bulgur), kibbeh (grilled or fried bulgur shells stuffed with meat and nuts) and, of course, Syrian meze (hummus, baba ghanoush, tabbouleh, etc.).

In some ways, running a Syrian restaurant is easier now than when Hasan opened Vezir Han. “We used to bring the raw materials from Syria, but now everything is produced here, such as freekeh [a green grain made from young durum wheat], ghee, and mulukhiyah [jute leaves], which is now grown here,” he said. “Now almost all materials are available in Turkey, produced according to Syrian specifications.” 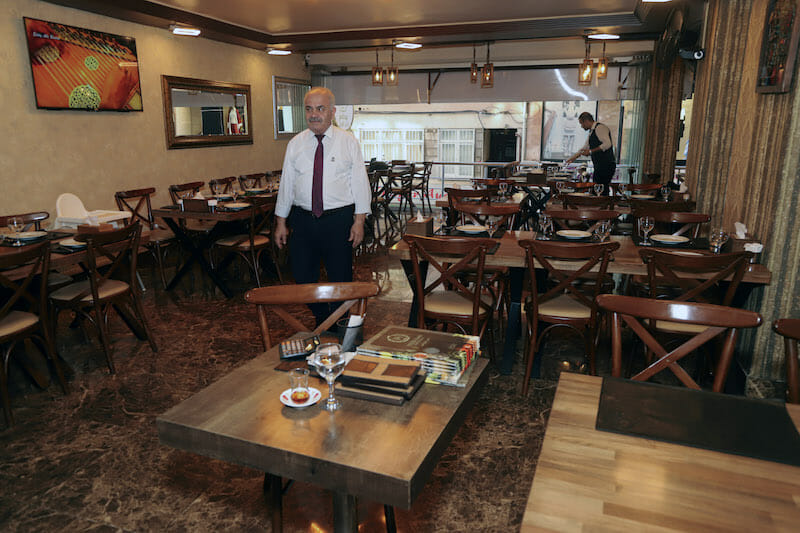 Yet Syrians are currently facing new difficulties in Turkey, where the economy is struggling and resentments toward refugees are mounting. The government has recently closed further registrations for Syrian refugees in Istanbul and ordered Syrians to return to the provinces – mostly near the Syrian border – in which they first registered upon arrival in Turkey. There have even been reports of Syrians being forcibly deported to northern Syria.

All of this has had a negative impact on Vezir Han – two employees fled illegally to Europe, fearing that they may be deported to Syria because they weren’t properly registered in Turkey.

Yet work continues at the restaurant; there are hungry customers to feed, Like Salim, a regular who owns a business in Istanbul. “Vezir Han is our main destination when we want to have a big lunch for the employees in the company,” he told us. “Here we eat all the Syrian dishes and also the delicious and delightful Aleppian ones.”

And so, despite it all, the link between Istanbul and Aleppo grows stronger, one dish at a time.