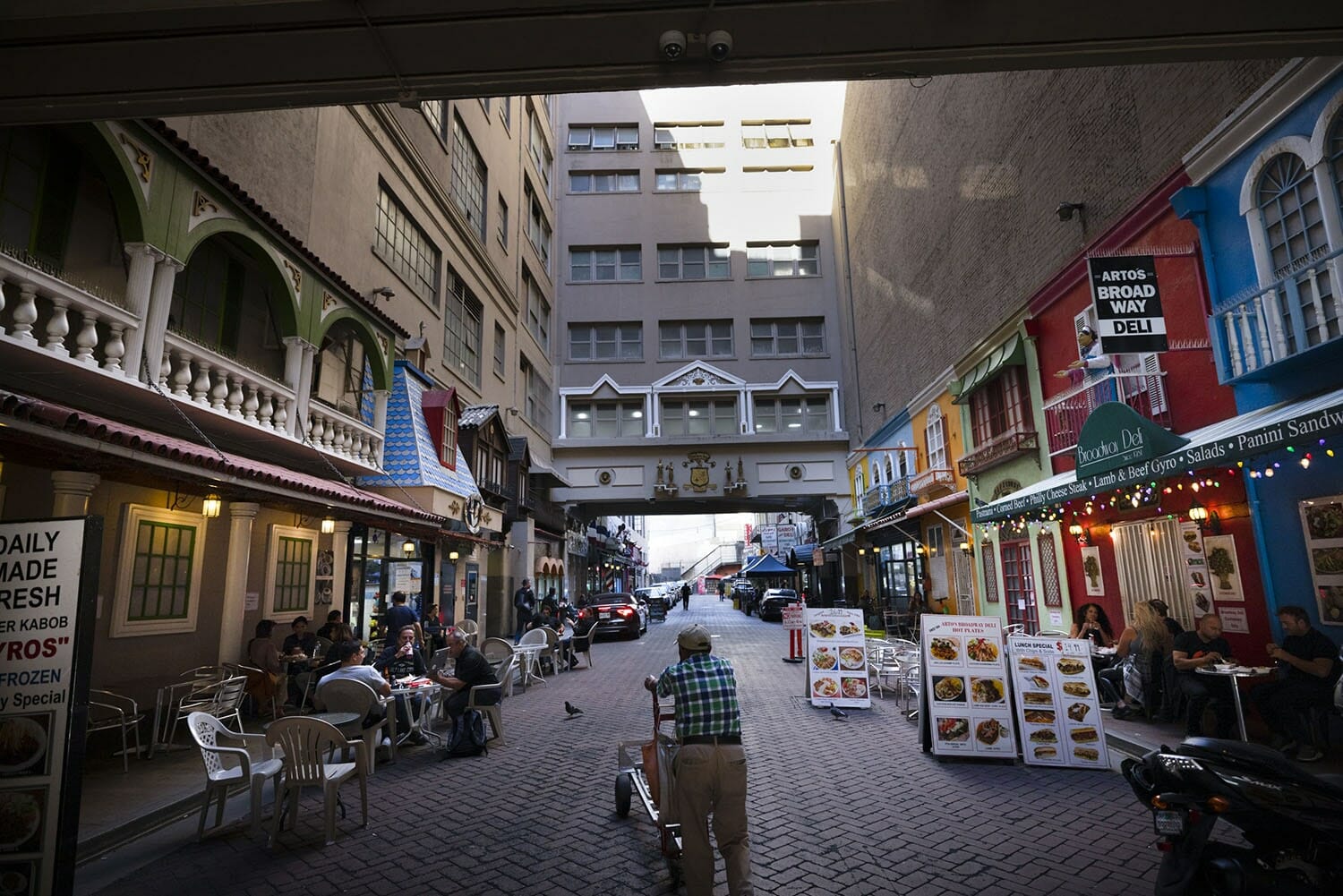 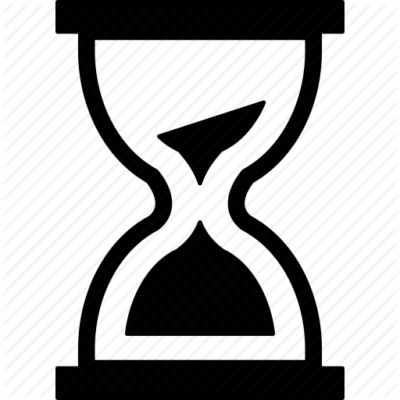 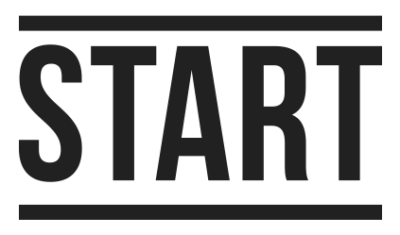 Quick Bite: Our 5 ½-hour Los Angeles food tour explores the extreme culinary diversity and ingenuity of LA’s oldest neighborhoods, out of which a staggeringly enormous and magical city has developed.

Nobody walks in LA? Prepare to challenge your expectations and preconceptions as we wind our way through Downtown Los Angeles on foot. The City of Angels is vast and sprawling, to be sure, a world city and global hub that boasts the busiest port in the western hemisphere and a local economy rivaled only by New York and Tokyo. Yet strolling through its dense core, where it all began hundreds of years ago alongside the LA River, Los Angeles still feels like a western outpost – forward looking, experimental, and adventuresome, especially when it comes to eating.

Our food journey is a taste of the banquet laid out for the bold, the curious, and the intrepid as they explore the seemingly boundaryless City of Angels.

We’ll begin our day in on this Los Angeles food tour in LA’s atmospheric Chinatown, which is experiencing a culinary renaissance. Here we’ll first sit down at a new spot – at once both modern and traditional – for a reinvented tea ceremony, followed by a taste of some of the most innovative tacos around. After a few other delectable stops in Chinatown, we’ll rummage through a tiny Vietnamese bodega to find LA’s preeminently delicious Báhn Mì and continue our walk down storied Olvera Street, stopping for taquitos at the spot where they were invented, before checking out Union Station and Pueblo de Los Angeles, including Avila Adobe, built in 1818 – the oldest existing residence in Los Angeles.

Traversing the Hollywood Freeway, we’ll stop to discuss how cars and then later freeways transformed Los Angeles into the postmodern paradise it is today before we make our way into the pedestrian-friendly backstreets of Little Tokyo to sample some of the most authentic – and delicious – Japanese food in America, from exquisite sushi to artisanal mochi. Walking down Broadway we’ll marvel at example after example of the city’s most impressive architecture and sample some of the best bites to be found inside LA’s oldest food market. All along the way we’ll stop for other surprises, both edible and cultural.

Our food journey may seem extensive, but it’s truly only a taste of the banquet laid out for the bold, the curious, and the intrepid as they continue to explore the seemingly boundaryless City of Angels.

How are you dealing with COVID-19 risk on your walks?
We have reinforced our commitment to safety with new guidelines to assure maximum safety of our guests on our walks in terms of social distancing and hygiene while maintaining the quality of the experience. For more details on our precautions, read here.
Our routes have been altered during this period of time to ensure the safety of our guests, guides and community. Our cancellation policy is extremely flexible to deal with changes in travel plans.
What is included in the fee?
In addition to your Culinary Backstreets guide, all food consumed on the walk – more than a dozen different edible specialties – are included in the price. Alcoholic beverages are not included.
Why is the Culinary Backstreets tour more expensive than some other walking tours?
Our approach is different than most tour companies. Each of our culinary walks is the outcome of considerable research. We work with academics in the field and our own team of experienced professionals – both guides and local journalists. Our ongoing publishing of articles, from restaurant reviews to features about the intersection of food and culture, constantly feeds new material into the culinary walks, so they evolve and constantly improve. Though costly, we believe that this is how to create the quality experiences we strive for.
We practice honest tourism and would never accept a free lunch or any sort of commission. On the contrary, we are proud to know that the money spent during the culinary walk goes to support businesses that we believe in, helping to preserve the social and cultural fabric of the cities we love so dearly.
How does the payment process work?
Once you have made a reservation, we require the full $175 fee to be paid in order to complete the online booking. Our online booking system uses Stripe to process secure payments. Your card is only charged if the walk is confirmed.
What is your cancellation policy?
100% will be refunded if given 1 week notice prior to walk and 50% will be refunded if given 72 hours notice or more. All refunds may be subject to credit card processing fees.
Are your walks public or private? How many people are on them?
Our walks are 2-7 people and are open to the public. If you would like to do a private walk, we may be able to arrange one for an additional fee. Please contact us at walks@culinarybackstreets.com for more information.
Can I get a discount if I join more than one walk?
Yes, we offer a 10% discount to those who join more than one walk. Please email us at walks@culinarybackstreets.com if you’d like to join multiple walks.
Are your walks suitable for people with food allergies?
This can vary based on a number of factors, including the food item in question. Please email us at walks@culinarybackstreets.com to discuss your situation before booking.
Are your walks suitable for vegetarians, pescetarians, and vegans?
This walk can be altered for vegetarians and pescetarians but vegans will have difficultly partaking in all of the stops. All dietary restrictions should be noted in the booking.
Are your walks suitable for a gluten-free diet?
This walk can be altered for gluten-free diets, but, please note this in your booking.
How physically demanding are the walks?
This walk covers a couple of miles of walking but it is on fairly flat terrain and is not demanding physically.
Can children join the walks?
Of course! We offer a 50% discount to children ages 12 and under, and we do not charge for children under the ages 6 and under. The route is fairly stroller-friendly.
Can you pick me up from my hotel? How will I return, once the tour is over?
Our tour prices don’t include transportation. If you book a tour, you’re responsible for arriving to the pre-arranged meeting spot on your own.
Once the tour is over, we will help you get an authorized, safe taxi to your hotel, or provide directions on public transportation, if you’re interested in that.
How do I get back to the meeting point when the tour ends?
The end point is a 10-minute car ride from the meeting point. Once the tour is over, we will help you get an authorized, safe taxi to your hotel, or provide directions on public transportation, if you’re interested in that.
How much food will I get to try?
This is really up to you. We generally make between 10 and 12 eating stops on our walk and try to include some breaks from eating along the way. The price includes as much food as you’re open to trying. We offer a suggested portion size at each stop and you can take our recommendation if you’d like. Our walks often involve street food and sharing food.
Is Los Angeles safe these days?
Yes, we find Los Angeles a very safe place to explore. We do hit some crowded areas and always suggest that you keep important valuables and passports wherever you are staying.