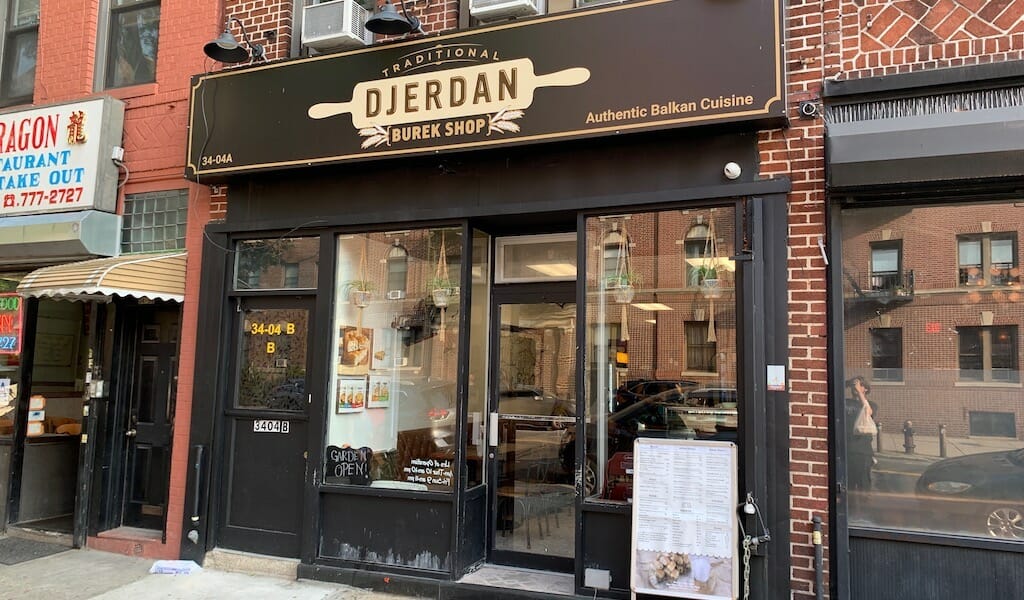 Djerdan Burek: Eyes on the Pies

Ask any former resident of the Balkans now living in New York where they buy the flaky, savory phyllo pie known as burek, and they may very well direct you to Djerdan Burek in Astoria.

Burek (also known as börek) is a staple eaten in many forms throughout the regions that once formed the Ottoman Empire. In New York City, though, most purveyors of burek come from Albania and Bosnia, and if you’ve ever ordered a slice of burek at one of the many Albanian-run pizzerias in the Tri-State area, there’s a good chance it was baked by Djerdan as well. Their Queens storefront is a homey sit-down eatery doling out plates of meaty stuffed cabbage and grilled Balkan sausages, but Djerdan is especially well-known among immigrants from former Yugoslavia for being the only Balkan burek factory in the United States. 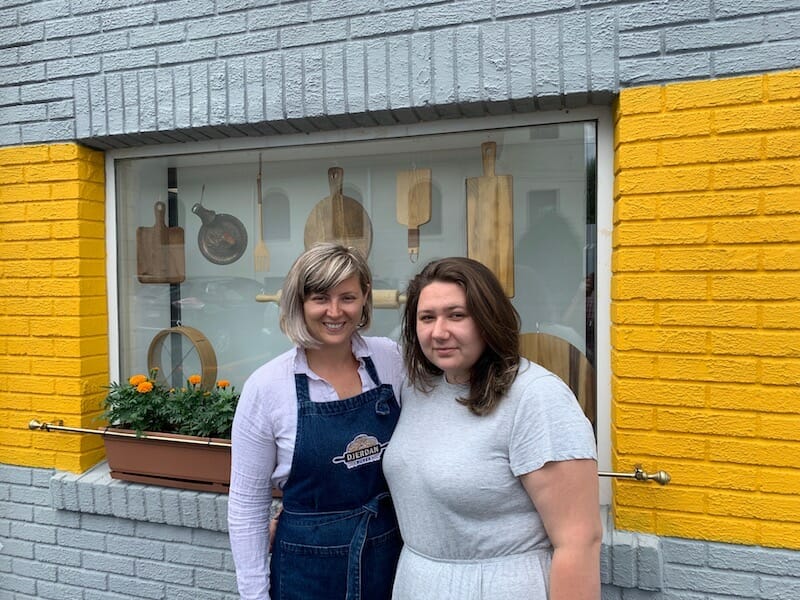 Djerdan is owned by Selma Medunjanin-Ismajli, who runs the business alongside her sister Elma and brother Zijad. Their parents arrived in the United States in 1992 as refugees from the war in Bosnia, and opened Djerdan Burek six years later. “We actually lived above the restaurant,” Selma says. “My parents worked downstairs, and they worked their behinds off of course, like any other immigrant!” After diligently building up a reputation as one of the best Bosnian restaurants in the area, the family began to expand their business, at one point operating five burek counters around the city. “I got a very boring job out of college,” Selma says, “so I kind of got sucked into running our store on the Lower East Side, and now here I am running the business!” She’s pared down the business in recent years, and now their only other storefront shop is a much smaller takeaway location in a heavily Albanian pocket of Brooklyn.

If you’ve ever ordered a slice of burek at one of the many Albanian-run pizzerias in the Tri-State area, there’s a good chance it was baked by Djerdan.

These days, the heart of Djerdan Burek’s business is their open-to-the-public factory, in a low-slung warehouse area across the George Washington Bridge in South Hackensack, New Jersey. The burek served in Astoria is all originally made in this industrial bakery before Selma’s brother-in-law delivers it daily in his truck. After closing her other New York restaurants, Selma has decided to focus on wholesaling frozen burek, turning a labor-intensive family recipe that involves hand-stretching phyllo dough into something Balkan immigrants can pick up at a market and cook at home. “We were pretty well known in this region amongst our people,” Selma says, “but now I will get a phone call every so often saying, ‘Oh, I bought your pies in Wisconsin – by the way, they only had a beef one. Where can I pick up more of your stuff?’ They just love it!” The success of her wholesale business has allowed her to keep the Astoria location open despite the increasing difficulty of maintaining a small business in the city. 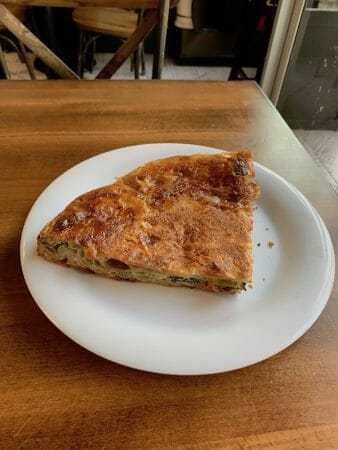 While the family is excited about the factory side of the business, the best place to experience Bosnian cuisine served by the Medunjanin siblings is still that original Astoria location. “Because that was where it all started,” Selma explains. “We’re trying to give you an experience of the whole cuisine there.” Although it’s particularly representative of Sarajevo, where she’s from, Selma says “it’s really Balkan food.” Djerdan Burek serves cevapi, the short grilled beef sausages of the Balkans, on top of warm flatbread accompanied by minced onions and bright, brilliantly red ajvar, a dip made from red peppers. According to Selma, “if you walk through Sarajevo, the whole city smells like cevapi.” Sweet, meaty and rich stuffed cabbage comes with mashed potatoes to make a hearty dinner platter, and can be swapped out for pungent stuffed peppers too. But of course, a slice of burek, fresh from the oven, filled with spinach, cheese or spiced, onion-y beef, is probably the best choice of all. The effort of hand-stretching layers upon layers of phyllo dough pays off, creating a light crust that’s as flaky as a croissant. “This is a skill that is passed on through generations back home,” Selma says. “This is something my mom learned as a skill. My brother was always alongside her, and he picked up the skill pretty well!”

It’s clear that Djerdan Burek has held on for more than 20 years in Astoria because it provides a taste of home for Bosnians and other Balkan immigrants. When it opened, she says, “Astoria was a very different place. Now it’s more gentrified, but before that you did not hear English in the street.” Now, Selma says people come in from all over the place, “but the daily customer base is still from back home.” She has an expansive attitude towards food and appreciates getting wider recognition. “That’s the beauty of living in New York, especially Queens,” she says. “You walk down the street, you see the whole world, and you taste the whole world. We are very lucky to live where we are because people are open to trying new things.”

She’s hopeful that this openness will extend to their line of frozen burek, which for now is only available in Eastern European and Middle Eastern markets. Their little Astoria restaurant remains a homey reminder of the Medunjanin family’s origins, but their business appears on its way to wider audiences. As Selma sees it, “something that we’ve really worked hard towards is finally coming to fruition.”