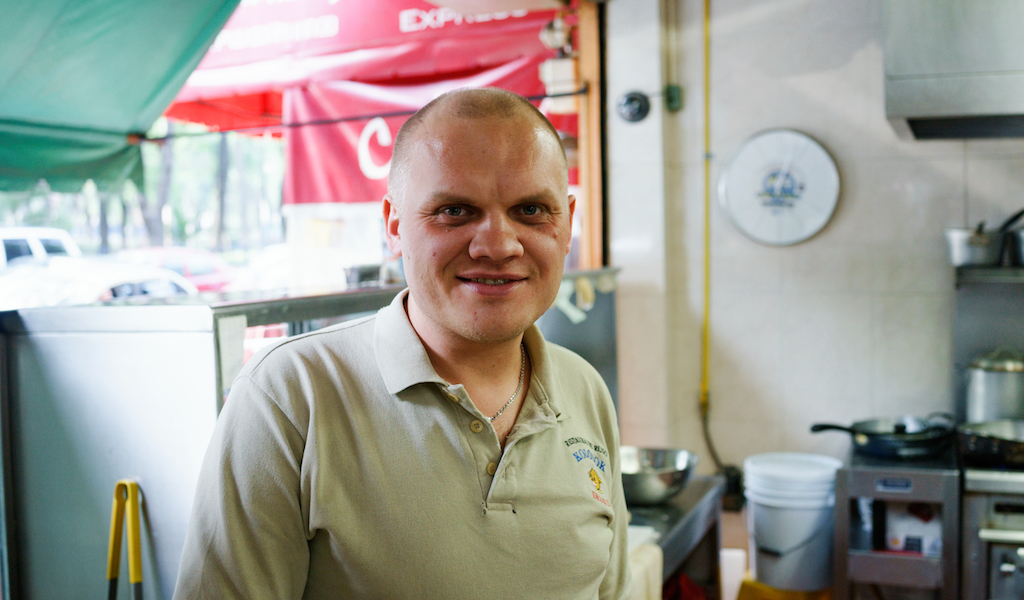 Kolobok: From Russia with Love

Located in the picturesque neighborhood of Santa Maria la Ribera, Kolobok – the little Russian restaurant that could – bustles in the Mexico City dusk one recent Sunday afternoon.

Patrons cluster around the warm light of the to-go window, shouting out empanada orders over the sound of a band playing nearby in the neighborhood’s Plaza Morisko. Ducking inside, we grab a seat at one of the few, tightly clustered tables, feeling cozy and warm after the chill outside.

Russian cuisine remains something of a mystery to most Mexicans as immigration from that country has been a mere trickle in comparison to the various waves of Chinese, Lebanese, Spanish, Argentinean and Korean migrants over the last 200 years, and their resulting culinary contributions.

Since opening in 2003, however, Kolobok has done much to educate Mexican diners on Russian cuisine, which is distinguished by its “bold flavors, always at the extremes from the salty to the sweet, the boiling or the frozen, the raw and the well cooked, on a slow flame,” according to a mini-manifesto on the menu. Yet despite this strong personality, the food itself often runs at right angles to the chili-centric worldview typical of Mexican cuisine.

The success of the restaurant, and its incorporation into the city’s dining scene (there are now two additional outposts), was hard earned, as Vasily Leonov, one of the owners, explained to us a while ago. Arriving to Mexico from Russia in 1999, the Leonov family had not originally intended to stay. Deceived by a woman who had guaranteed passage to Canada via Mexico, the Leonovs found themselves stranded here after being denied visas to their final destination, stuck in Mexico unable to speak Spanish and with no idea how they would survive.

Finding no luck at odd jobs, the Leonovs knew they had stumbled on a means of survival when they discovered their neighbors loved the family’s variation on empanadas, essentially an adaptation of the classic Russian pirozhki with fillings inspired by local ingredients like Oaxaca cheese and food combos like the Hawaiana (pineapple and ham) that are ubiquitous in Mexican cuisine. 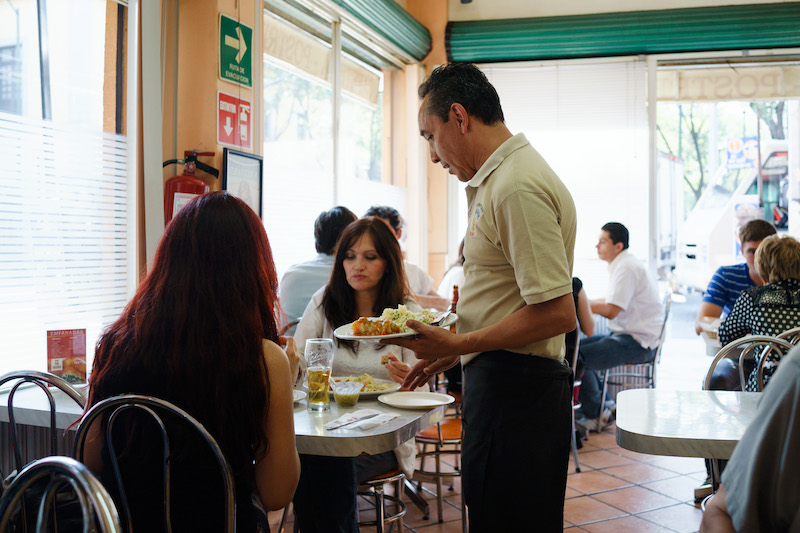 After winning over their neighbors, they began selling the turnovers to students at a stand near Mexico City’s massive UNAM university, and before long they had spun that success into opening a full-scale restaurant with a strong focus on its takeout window, which has steadily served up empanadas for nearly 16 years.

The neighborhood has grown along with Kolobok. Centered about three kilometers northeast of Mexico City’s Zócalo, Colonia Santa Maria la Ribera popped up in the late 19th century as a hub for wealthy families looking to move out of the city center.

The faded glory of the European-inspired estates from the Porfiriato era, the period before the Mexican Revolution began in 1910, still haunts the streets of Santa Maria la Ribera. The neighborhood, which reached its peak from 1910 to 1930, is now lined with crumbling homes that once housed Mexico’s first families.

At its center is the gorgeous Plaza Morisko (to which Kolobok is adjacent), whose crowning jewel is the Moorish-influenced Kiosco Morisko. Originally erected as the Mexican pavilion in the 1884 World Exposition in New Orleans, it was later packed up and returned to Mexico, eventually making its way to the plaza in 1910.

The neighborhood, however, entered a slow decline after the 1950s, as large apartment building sprung up around it, and largely falling into dilapidation after the 1985 earthquake.

Their neighbors loved the family’s variation on empanadas, essentially an adaptation of the classic Russian pirozhki.

When Kolobok opened in 2003, the area was still on the rough side, but there has been a steady reawakening in Santa Maria de la Ribera, quickening in recent years with an influx of hipsters looking for cheap rent and eager renovators taking advantage of relatively low real estate prices.

Kolobok was ready to bring in the date-night set after a major facelift with renovations ending in 2014 – any notion of it being a hole-in-the-wall was eradicated. It has since become something of a display case for Russian folklore and tchotchkes, which of course wouldn’t be complete without Russian nesting dolls and ads for the Russian beers and vodkas available for diners.

The menu features an ample range of appetizers, salads, soups, entrees and desserts, but many of the items are either some form of dumpling or a congealed lump of something or other, sometimes dome-like, sometimes more tetrahedral.

It’s certainly a leap from the kaleidoscopic array of salsas, veggies and garnishes seen with Mexican entrees, but as you begin to sample the offerings, those contrasts listed in the mini-manifesto come into play.

So, there you are on the frozen steppes. You have, what? Potatoes – hardy, filling, goes with everything in mashed or lump form and can become vodka. Beets – shrugs off the cold and has a lovely, subtle sweetness best expressed in borscht. Add wheat, cream, chickens and their eggs – and you’ve got the ingredients for about 90 percent of every dish on the menu.

But the manifesto doesn’t lie. You can see, for example, the interplay of cooked items served chilled, such as with the salads. Kolobok’s blanca nieves (“Snow White”) salad is a fine blend of cheese (Mexican manchego), hard-boiled eggs, mayo and garlic with sprigs of parsley, served in a golden, Bundt-shaped lump.

Trying a full bite, it is a bit too much like eating a spoonful of butter, but pop it on an accompanying saladita (Mexican saltine cracker) and it’s really quite delightful – heavy, but tasty, carried by the garlic from underneath.

A blend of chopped potatoes, parsley, carrots, beets, peas, sauerkraut, pickles and olive oil, the vinegret salad goes deep into pickle territory and offers a taste profile largely absent in Mexican cuisine. On trips home to the States, we are always glad to hit up kosher delis or the like to go nuts on a wide variety of pickles. In Mexico, good luck. 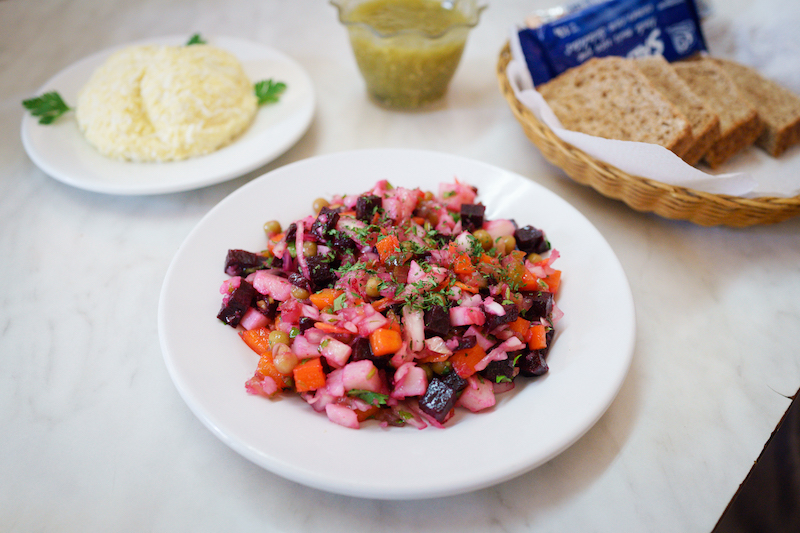 The highlight, however, has to be the borscht, lightly emulsified with a dab of cream. The tender stewed beef strips buttress the sweetness of the beets with rich savory punches. Unlike much of the rest of our meal, the borscht managed to pull off hardy without coming across as heavy whatsoever – it was even almost light.

While not quite as good as the borscht, the barley-centered rassólnik soup is still simple and wholesome, conjuring images of farm folk supping by a fire, pushing out the long dark of night. We ordered both soups divided into two half servings, which the staff was happy to do for us.

We also tried an order of blinis, a kind of Russian crepe, electing for egg, cabbage and beef, and mashed potatoes and mushrooms for the fillings. We found that the massive dollop of sour cream on the side was best applied sparingly, so as to allow the individual flavors from the filling and the delicate dumpling casings to register on their own.

The dozen or so entrees include beef and chicken stroganoff, the Hungarian-influenced gulyásh, pelméni (beef raviolis), and the vareniki, smaller and usually vegetarian dumplings. Theirs are either filled with mushrooms and requesón cheese (Latin American ricotta) or, as more of a dessert, with apples.

On this particular visit we opted for chicken kiev, which was served with a generous side of mashed potatoes and a decent little garden salad (with a decent house vinaigrette). The butter and parsley center of the baseball-sized piece of breaded chicken was on the small side, but the meat was well cooked throughout.

Coming near the end of our already quite substantial meal, we were glad to have only asked for a single entrée. It seems the couples around us had the same idea, with some exchanging moony glances as they took turns at the dish between them.

Although we no longer drink vodka, having a small glass to accompany our meal seemed like a good idea considering the flavor profile. It ended up brightening the flavors of Russian cuisine much as habanero or chili arbol might brighten a run-of-the-mill chicken breast.

Closing the evening, we split a slice of medovik (Russian honey cake), a house specialty featuring tiny layers of crumbled nuts with sponge cake and crème filling made with condensed milk. The honey is sweet without being saccharine, like too many Mexican pastries, and serves as a pleasant endnote.

After the meal, while waiting for the bathroom, we scanned a set of framed drawings depicting the Russian fairy tale from which Kolobok gets its name. In it, a hungry grandmother and grandfather scraped the last flour from their cupboard to fashion a little bun. Left on the windowsill to cool, little Kolobok springs to life and takes off on its own adventure.

It seems an apropos choice for the restaurant, itself scraped together from a family’s last crumbs, springing to life and singing now on its merry way. 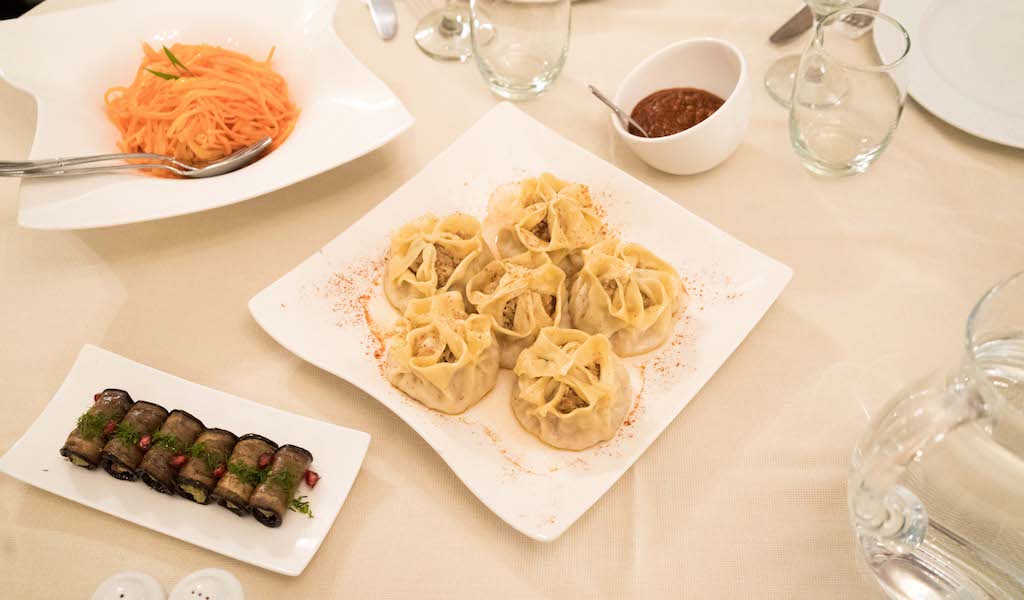 Premiera: Wrestling With a Greco-Russian Identity

Athens | By Johanna Dimopoulos
By Johanna Dimopoulos
AthensThe neighborhood of Kallithea in southern Athens may be quiet, but this densely populated area has seen its share of activity over the years, beginning in the early 20th century when it was largely built up by refugees from Asia Minor (modern day Turkey) and the Pontus (the coastal regions of the Black Sea). The… 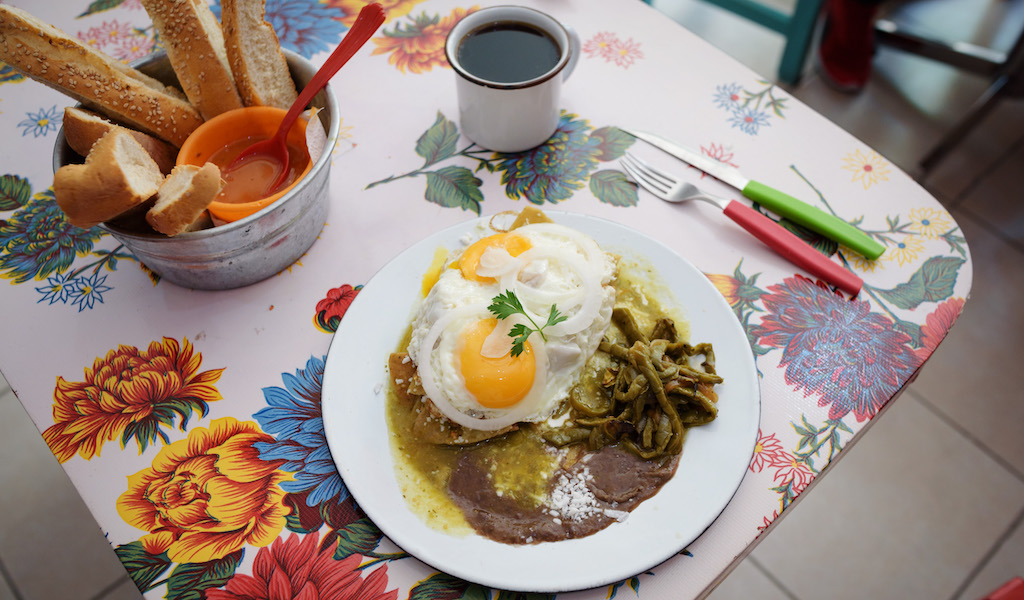 Mexico City | By Lydia Carey
By Lydia Carey
Mexico City When Brenda Miranda and her partners started Chilakillers seven years ago, it was on a lark. They were freelancers – like so many young professionals in Mexico City – who needed some extra cash and thought, “Who doesn’t love chilaquiles?” The only problem? None of them had much experience in the kitchen. But…