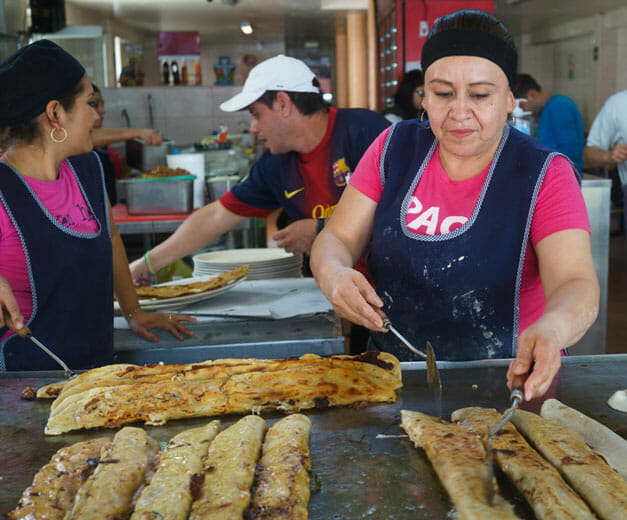 Los Machetes Amparito: A Cut Above the Rest

If you think you know quesadillas, think again. Since 1964, the Montoya family has been preparing a version that defies the concept, even by Mexican standards. We were told that in the Guerrero neighborhood – undeservedly considered a rough area – we would find a quesadilla so large that just one would be enough to feed two people. We consider ourselves good eaters, so we took this as a challenge.

When we arrived at Los Machetes Amparito on a Sunday morning we were surprised by the large crowd that was hanging around outside the restaurant. We registered our names and were told that the wait would be about 25 minutes, which didn’t seem too long. We were also asked to write down our order so it could go in the queue. We ordered one potato and chorizo, one chicken and one special quesadilla. After about 20 minutes we were shown to a table, and were told that our order would take at least another 25 minutes to arrive. 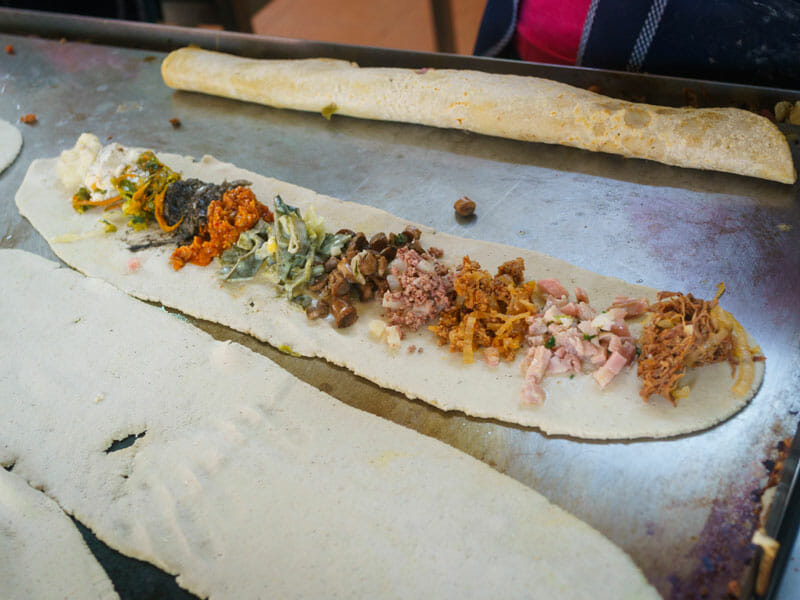 At this point we were so mesmerized by the quesadilla production that we didn’t mind the wait. One cocinera is in charge of making the tortillas for the quesadillas. Using a tortilla press, she transforms 250 grams of masa dough into a large, oval tortilla that she has to handle with both hands. The tortilla goes onto a griddle, where it cooks briefly before the fillings are added. Another two cocineras are in charge of filling the tortillas from among the dozen-plus ingredient options, folding, flipping and moving them up the production line. Due to the enormous size of the tortillas, these quesadillas require about 10 minutes before the final product is ready to be served to customers. A single plate can’t handle the 60-cm quesadillas, so they arrive arranged across two.

At this point, we were already impressed by the sheer size of the quesadillas, the number of people waiting to be served and the entire cooking process. But once our order came, we wondered: would the quesadillas be worth the protracted wait? We give them an unreserved yes. The guisados used as fillings were expertly cooked and seasoned, and, wrapped in the handmade tortillas, the whole package was utterly delicious.

The special quesadilla has every single filling Los Machetes offers. Our favorites among them all were chicken, rajas (cooked poblano peppers), potato with chorizo and pancita (beef stomach). 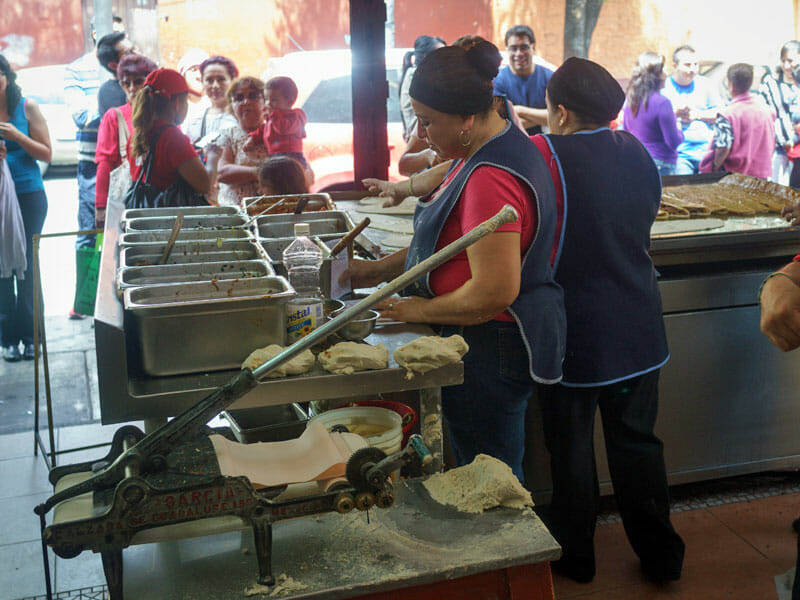 We slowly ate our way through every centimeter, enjoying the buzz and rush of the place on a Sunday morning, although we learned afterwards that this place is no less busy during the week. To be served immediately, one regular told us, one has to arrive right after they open at 10 a.m.

“These quesadillas received the name of ‘machetes’ a long time ago, when the locals started calling them that,” said Señora Amparo, when we asked about the name. “I guess they resemble machetes, and the name just kind of stuck.” The name, of course, also brings to mind the Mexican saying matar el hambre a machetazos: killing our hunger with machete force. Which this place most definitely does – deliciously. 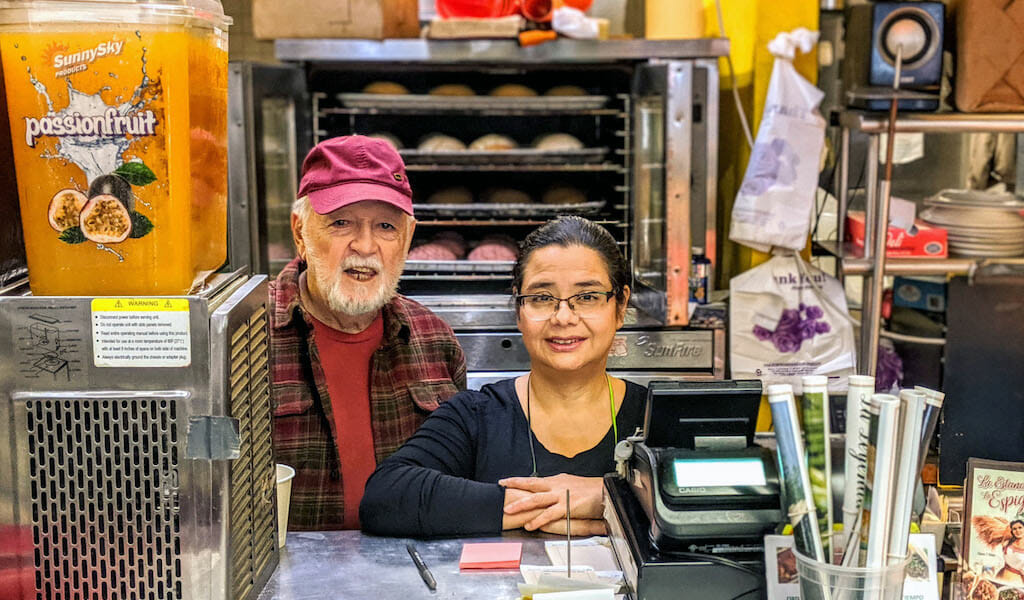 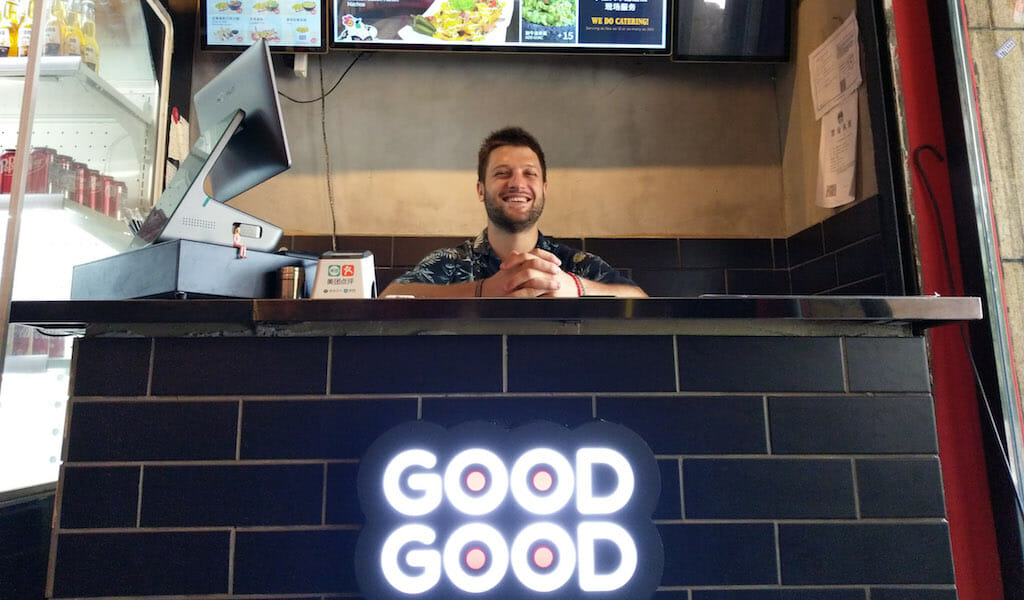 CB on the Road: A Taco Stand Lands in Chengdu

Shanghai | By Steven Alvarez
By Steven Alvarez
ShanghaiWhen Cleveland-native Andy Husney set out for China at age 20 to teach English, he never would have believed that he would live there for the next decade, or, for that matter, open a Mexican restaurant. Husney initially came in 2012 for a one-year gig teaching English in Shenyang, located in China’s northeast Liaoning Province.…

Queens | By Dave Cook
By Dave Cook
QueensThe largest of New York’s five boroughs, Queens is the home of over two million people, half of them born outside the United States, speaking more than 150 different languages. It’s also home to countless immigrant stories of the most classic kind: a newcomer arrives and sets up shop – or, more frequently, cart –…
Los Machetes Amparito
Heroes 195, Colonia Guerrero
Tel. +52 55 5526 4028
Hours: 10am-5pm