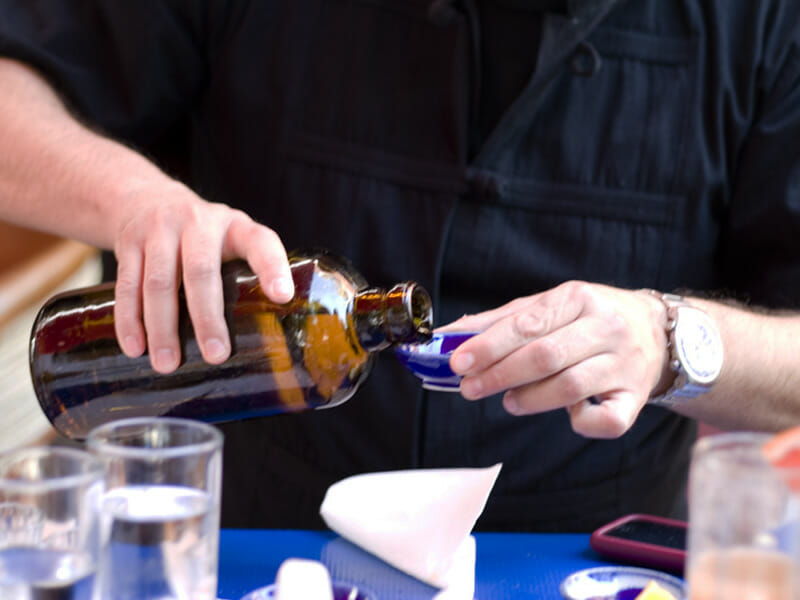 The sap of the spiky maguey plant has long been used by the indigenous peoples of Mexico to prepare pulque, a milk-colored, viscous drink that has roughly the same alcohol content as beer. When they arrived in Mexico, the Spanish were introduced to pulque. Used to imbibing harder stuff, however, the conquistadors experimented with distilling a mash made out of the maguey plant, in the process inventing the beguiling spirit known as mezcal.

Previously a liquor considered the province of the poor and working classes, mezcal has in recent years become one of the trendiest and most popular alcoholic drinks in Mexico, with more than 150 different brands now on the market. (Tequila, made from blue agave – a kind of maguey – and produced within a specific region of Mexico, is the best-known member of the mezcal family.) The rise in mezcal’s popularity has led to a proliferation of mezcalerías, wine bar-like spots that specialize in pouring the drink. In Mexico City in particular, mezcalerías have popped up in nearly every neighborhood, and their numbers keep growing.

Corazón de Maguey (“heart of the maguey”), located in the bustling neighborhood of Coyoacán, offers up a two-for-one special, with an excellent selection of craft mezcals as well as superb food. The venue was opened in 2010 by Los Danzantes, a restaurant group that a decade earlier purchased a palenque, or distillery, in Santiago Matatlan, Oaxaca and began making its own brand of mezcal. Named Alipus Mezcal, or Los Nahuales in the U.S., the brand is a joint venture among four producers that are attempting to keep the tradition of authentic, local mezcal distillation alive.

Though a mezcalería, Corazón de Maguey feels more like a proper restaurant, with an open-air patio that overlooks Coyoacán’s central park and two floors of space inside. The menu is not large, but manages to offer a wide variety of standout dishes, including pescadillas (fried quesadillas stuffed with baby shark meat) and lengua (beef tongue in pipián, an earthy sauce made out of pumpkin or squash seeds) and specials such as cochinita pibil, slow-cooked pulled pork, and cochito istmeño, a patty made of beef, plantains, nuts and spices. Seafood from the coast, mole from Oaxaca and vegetables from the ecological reserves at Xochimilco are regularly brought in, allowing for ingredients and flavors not always found in Mexico City restaurants. Desserts include the delicious pay de limón, a rich lemon pie topped with meringue and lime ice cream. 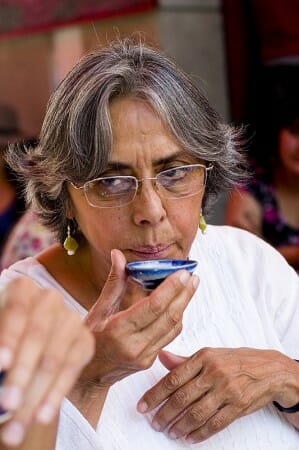 Of course, as good as the food is, the focus here is still on the drinks. Mezcals come in a wide variety of flavors depending on how they are made and the type of maguey used in the distillation process. Some mezcals have a smoky, almost campfire-like taste while others can have hints of fruit or nuts. Rather than in shot glasses, drinks are served in small, shallow saucers from which sipping is recommended, to allow for an appreciation of mezcal’s nuances.

It’s important to note that while there are many different varieties of mezcals, not all are considered authentic. States that have certified agave-growing areas and production facilities include Durango, Oaxaca, Zacatecas, Guanajuato, Guerrero, San Luis Potosí and Tamaulipas. Mezcal produced outside of these states is not considered authentic, although many mezcalerías try to pass this ersatz stuff off as the real deal in an attempt to break into the hot mezcal market.

The stuff on offer at Corazón de Maguey, on the other hand, is locally sourced, certified as authentic and serves as the perfect introduction to the fascinating world of mezcal.

This article was originally published on October 9, 2012.

Mexico City | By Ben Herrera
By Ben Herrera
Mexico CityThe sap of the spiky maguey plant has long been used by the indigenous peoples of Mexico to prepare pulque, a milk-colored, viscous drink that has roughly the same alcohol content as beer. When they arrived in Mexico, the Spanish were introduced to pulque. Used to imbibing harder stuff, however, the conquistadors experimented with distilling… 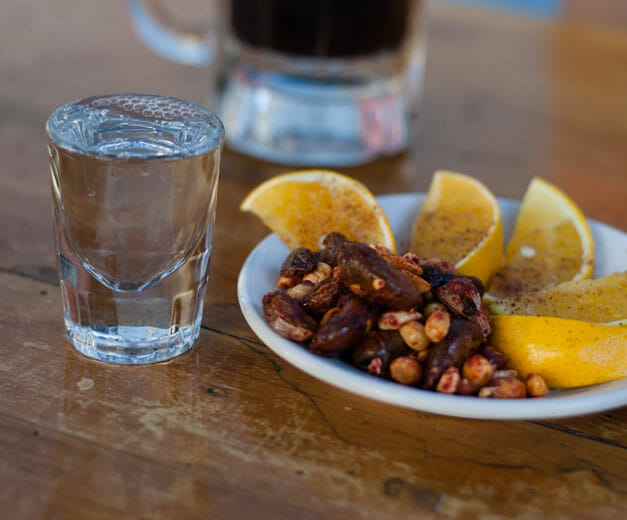 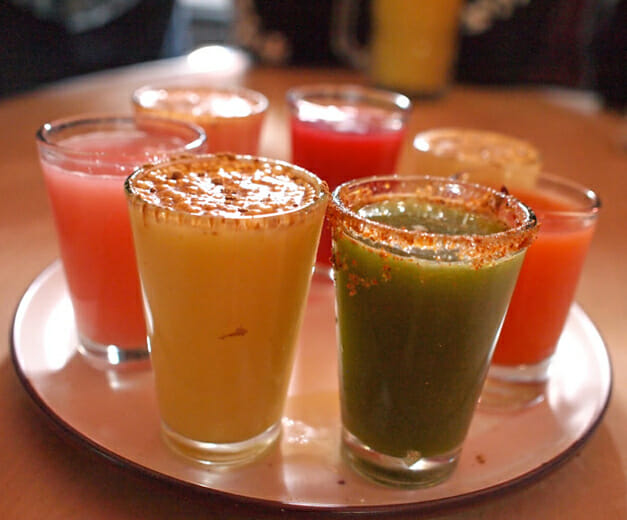