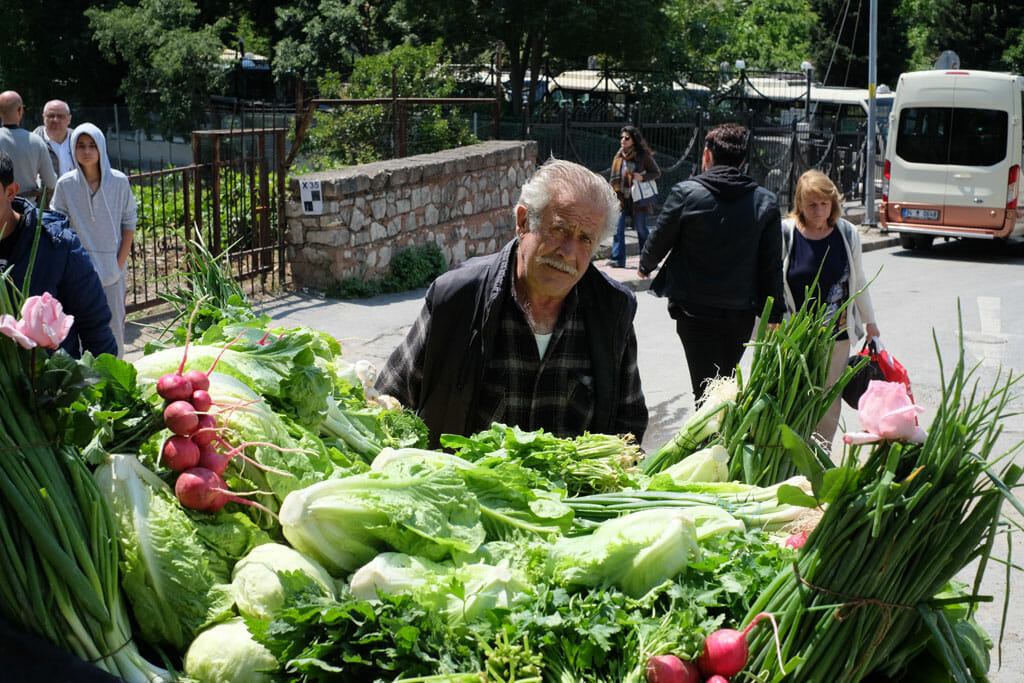 When you think about lettuce, if you think about it at all, it’s probably as the bland but virtuous base to a salad. But in days past in Turkey, this leafy green was just as often consumed as a snack in itself, as an essential part of a main dish or even as a sweet treat.

“Marul [romaine] has been cooked as a vegetable since ancient Greek, Roman, and Byzantine times,” says food writer Aylın Öney Tan. “In many parts of Anatolia, it was a spring tradition to dip marul in pekmez (molasses) or honey, to eat it with something sweet that contrasted with the lettuce’s bitterness.”

This wouldn’t really work with supermarket iceberg, of course – to fully enjoy lettuce’s culinary potential requires a fresh, high-quality crop. In Istanbul, the best lettuce traditionally came from the urban market gardens (known as bostan) around the old city walls at Yedikule, where the marul was famed for its large size and juicy, buttery flavor.

“My mom loves Yedikule marul. When I was a kid she wouldn’t make salad with it, she would just eat the göbek [heart] and the inner leaves with lemon,” says Didem Şenol, the much-lauded chef/owner of Lokanta Maya in Istanbul’s Karaköy neighborhood. “I didn’t understand back then – how could you be eating only lettuce? – but now I love it just as much.”

The king of Yedikule lettuce in local lore was a Greek Orthodox farmer known as “Crazy Toma,” whose garden was a place not only to grow and buy lettuce, but also to eat it. People reportedly came from all over the city in the 1950s to crunch on his young marul leaves sprinkled with a little salt. 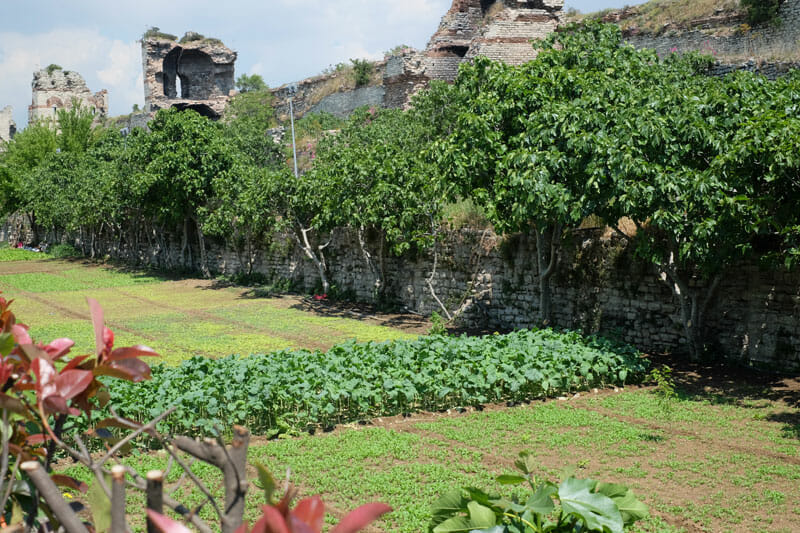 Well into the 20th century, Istanbul’s bostan produced large quantities of fruits and vegetables, with the city’s microclimates helping to create distinct urban terroir. While Yedikule was known for its lettuce, other neighborhoods had their own signature produce: strawberries from Arnavutköy and cucumbers from Çengelköy, on opposite sides of the Bosphorus; melons from a part of Fatih now cut through by a busy highway; and artichokes from Bayrampaşa, today home to the city’s main bus station. “These places were like small villages; each had its own orchards or gardens growing perishable food like greens, herbs or soft fruits,” says Tan.

This tradition began to die out with the rapid urbanization that started in the 1950s and the concurrent pushing out of the Greeks and Armenians who had historically tended many of Istanbul’s bostan, including Crazy Toma and his family. With them went many generations of passed-on knowledge, and many unique cultivars. Lettuce still grows in the much-diminished plots around Yedikule – one of the last remnants of the old bostan system – but farmers in the area say the seed is no longer the same.

Activists with Slow Food Istanbul are trying to stage a comeback for Yedikule lettuce as a symbol of the city’s former abundance. It turns out that samples of the old marul seeds had been collected from the bostan in the late 1960s and early 1970s and carefully protected ever since by a research institute across the Marmara Sea in Yalova. Slow Food members gained access to these seeds with the intention of having them planted once again in the Yedikule bostan, a plan thwarted when municipal police threatened some of the gardeners with eviction early this year. Though an agreement has since been forged to keep the bostan in place, at least for now, the controversy disrupted the start of the planting season for lettuce. The heritage marul seeds were instead sowed in the urban farms of Gümüşdere, along the city’s northern edge.

“The farmers in Gümüşdere said they had a 100 percent success rate with the seeds, and that they hadn’t seen marul like what they produced in many years,” says Slow Food Istanbul founder Defne Koryürek. “Even though it was planted late, the lettuce is still really huge, and weighs up to 1.7 kilos per head; each one is like a baby you’re holding in your arms.” 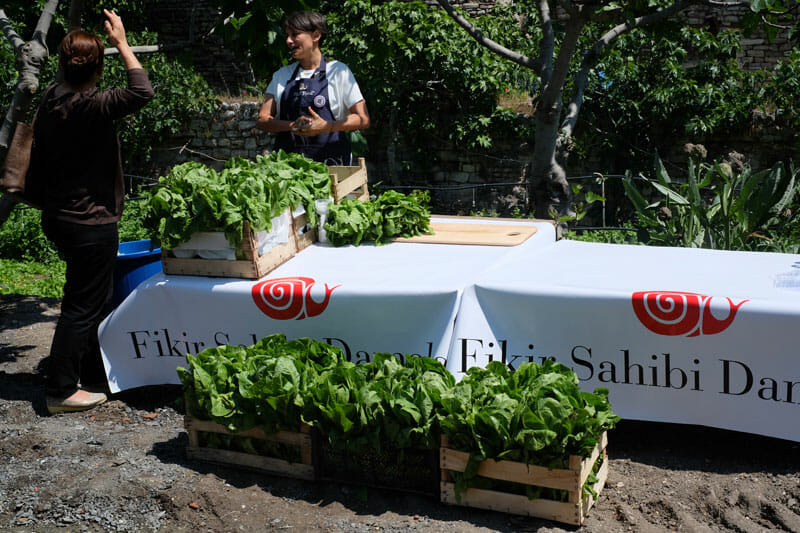 Koryürek and her cohorts distributed hundreds of these heads to local restaurants where the chefs had signed on to create special lettuce-based dishes as part of a Marul Bayramı (Lettuce Festival) in early May that also included a picnic and music in the Yedikule bostan. At Lokanta Maya, chef Şenol made a pea and lettuce soup from the heartier outside leaves of the marul and a salad of grilled marul and octopus. “I’d never thought about grilling lettuce before,” she says. “You have to use a very hot grill and cook it very fast to keep that crunchiness intact.”

At another well-known Istanbul restaurant, Kantin, chef/owner Şemsa Denizsel concocted a poached salmon in white wine and olive oil with marul and spring onions, finished with butter, as one of her dishes. “Marul is really very versatile; you don’t think it would be good to cook with, but it really is,” she says. “The oiliness of Yedikule marul gives it an especially nice feeling, and it holds up better to cooking than other lettuces.”

Both chefs also recalled an old local specialty called kuzu kapama. “You line a pot with tons of marul, spring onions and herbs, then layer lamb shanks on top and cook it with a closed lid on top of the stove,” says Denizsel. “Because lamb and lettuce appear in the same season, it was a traditional Istanbul dish to celebrate the coming of spring.”

The Marul Bayramı first organized by Slow Food in 2015 also harkens back to an earlier time when spring festivals were often held in Istanbul’s gardens. A May 1938 article in the newspaper Cumhuriyet describes one such celebration in the Yedikule bostan among the city’s Armenians; the lead photo shows happy people feasting on freshly harvested lettuce.

“Lettuce was the star fruit of this communal feasting table. It was circulating like a sweet bit of gossip on everyone’s mouths,” reporter Salâhaddın Güngör wrote of the event. “Whoever has lettuce in their hand has a smile on their face.” 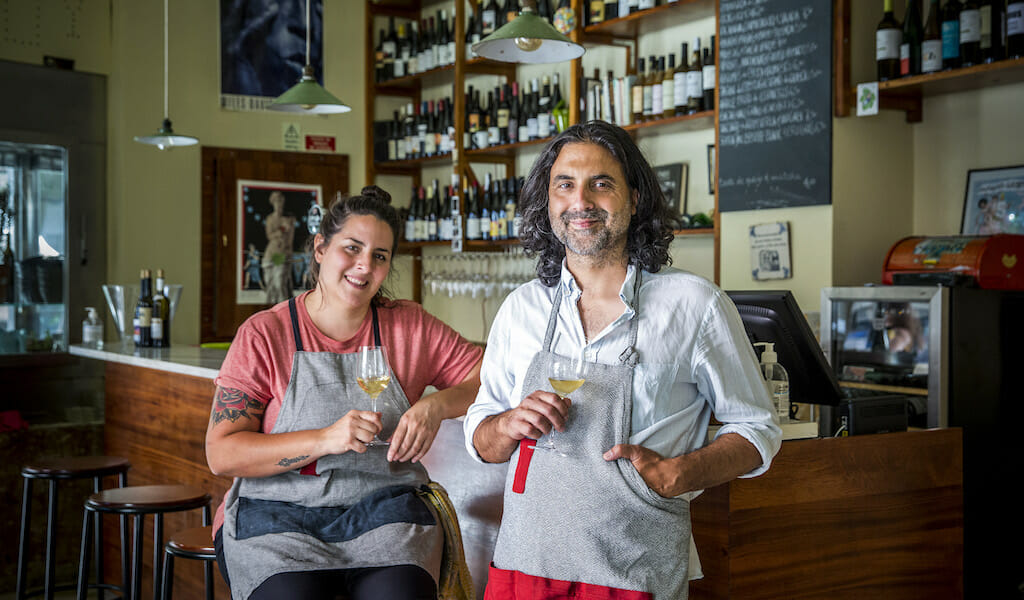 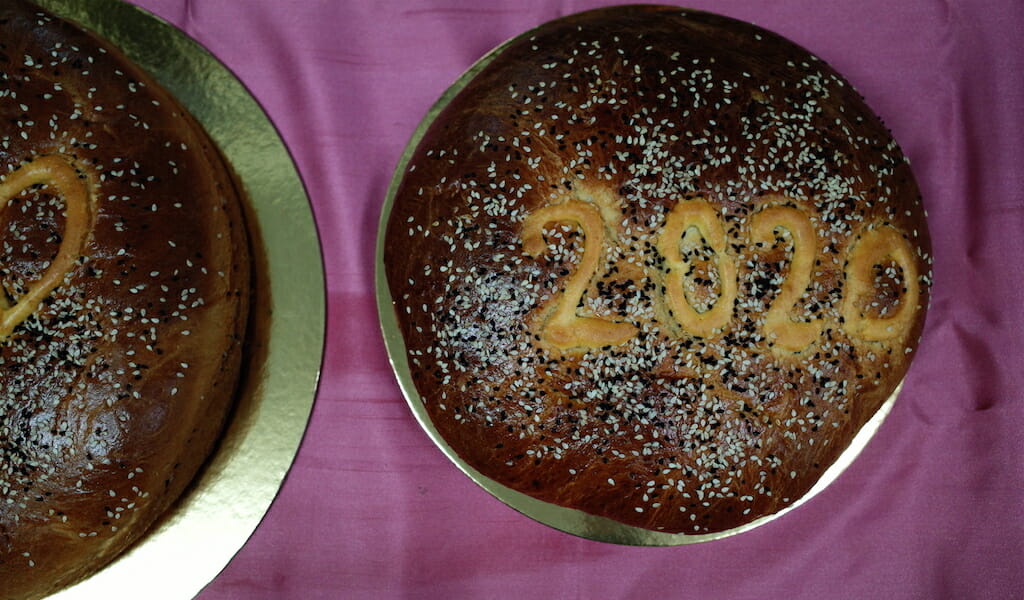 Athens | By Christiana Thomaidi
By Christiana Thomaidi
AthensJust after the stroke of midnight on New Year’s Eve or on the first day of the New Year, many Greek Orthodox families gather around the table to cut and split the vasilopita, a cake named after St. Basil (Aghios Vasilios), the Greek Santa Claus. The head of the family “crucifies” the cake three times…