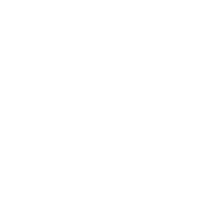 We got our start in 2009, reporting from a borderless urban zone we like to think of as the “Culinary Backstreets” because we believed that there were countless stories of a city’s foodways that needed to be told. We wanted to focus on a more traditional side of urban culinary life – the workings of simple family-run restaurants, the masters passing their craft on to an apprentice, the banter of regulars gathered around an open table, the rhythm of a life committed to meatballs and nothing else. We were enthralled by all of the tiny epics we encountered while eating our way through the city and set out to share as many of them as we could. From the start, we vowed to go slow and collect these stories one-by-one, giving equal measure to the culinary side as the human element of the story. This way, we expected a deeper understanding of the city and its daily life to emerge with every bite. For us, it’s never just about the best meatball in town; it’s always about all of the meatballs.

We tell the stories of our subjects – unsung heroes who are sometimes forgotten or taken for granted at home – through weekly restaurant reviews published on CB, culinary walking tours, books, web design and smartphone applications. When we see the need, CB also acts as a fundraiser for causes connected to protecting and promoting traditional culinary culture.

Subscribe to our Newsletter to receive the latest stories, tips, and reviews right in your inbox.

Tour the Backstreets of With Us

Helping those unsung culinary heroes persevere requires first and foremost the telling of their stories. All of us working with Culinary Backstreets are storytellers in our own medium – writers, tour guides, photographers, coders and web developers. All of us work independently or as freelancers. That is the CB culture and we strive to create a refuge of independence in media and tourism, even if it’s a small one.

A co-founder of CB and of its predecessor, the blog Istanbul Eats, Yigal currently resides in Washington, DC. Between 2002 and 2010 he lived in Istanbul, where he worked as a correspondent for the Christian Science Monitor, Eurasianet and the English-language service of the German Press Agency (DPA).He is also one of the authors of the 2009 Fodor’s guidebook to Turkey. Over the years he has worked for the New York Post, New York Times and Vanity Fair and written for various other publications, covering everything from Central Asian pipeline politics to New York’s competitive eating circuit.

Ansel is a native Chicagoan, living in Istanbul since 2001. He is a co-founder of CB and of its predecessor, the blog Istanbul Eats. To support his writing habit, he has restored old homes, tended bar, sold mobile phones and taught physical education in a kindergarten. His writings have appeared in the New York Times, Saveur Magazine, Monocle, The Guardian and other publications. As CB’s Istanbul bureau chief, he has appeared on Dangerous Grounds with Todd Carmichael, CBS Sunday Morning, and Rick Bayless’ podcast, The Feed He assisted in the production of Anthony Bourdain: Parts Unknown. He appeared in a commercial for Yeni Raki, the national “spirit” of Turkey. He now spends most of his time working with the CB team to develop culinary activities.

Madeleine was born and raised in Buffalo, NY and left the cold weather behind to study chemical engineering in New Orleans. In a hardhat and boots, she worked at a chemical plant in Taft, Louisiana, before moving to Istanbul on a whim in 2001. That adventure has lasted 13 years, produced two children and a fast-paced career in management consulting. In 2015, she left her job as a consultant to join the CB family full-time where she manages operations.

Emma is a writer and editor based in Milan, Italy, although a part of her is always missing Turkey, where she lived from 2008-2010 and 2012-2017. She writes about arts and culture, travel, and food and drink, and her work has appeared in BBC Travel, Cornucopia Magazine, Roads & Kingdoms, Hyperallergic and other publications. When she’s not writing or working with others on their writing, she can be found reading books on Ottoman history or eating Italian cheeses.

Derya, CB’s scheduling manager, studied Political Science in the University of Chicago. A native of Turkey, she likes to eat and listen to the stories of food and the people who make it. She likes to think about where ingredients come from and why people use them; who in the family makes a dish different than the others and why; where recipes come from and how they are transformed as they travel, and how they stay the same.

Born and raised in Algeria, Farah moved to Lisbon to study tourism management and quickly settled into her new home city. Here she built lasting relationships around her love of food and spends much of her time roaming the city in search of the next, best bite. In between meals, Farah handles communications and bookings for Culinary Backstreets. If you’ve received an email from us, chances are Farah wrote it.

José, CB’s Webmaster, is a web and app developer based in Setúbal, Portugal. He was born in Lisbon and found his passion for technology and programming at a young age. Since coming aboard with CB, Jose has discovered that inside this techie is a die-hard foodie.

Jeff Yas, CB’s graphic designer, is a brand identity designer specializing in typography, logos, illustration, and web design. Drawing on a background in Anthropology, Jeff has a unique way of translating complex stories into creative visual experiences. Jeff resides in Brooklyn with his wife, two kids and is a passionate musician which feeds into his ability to combine art in many forms.