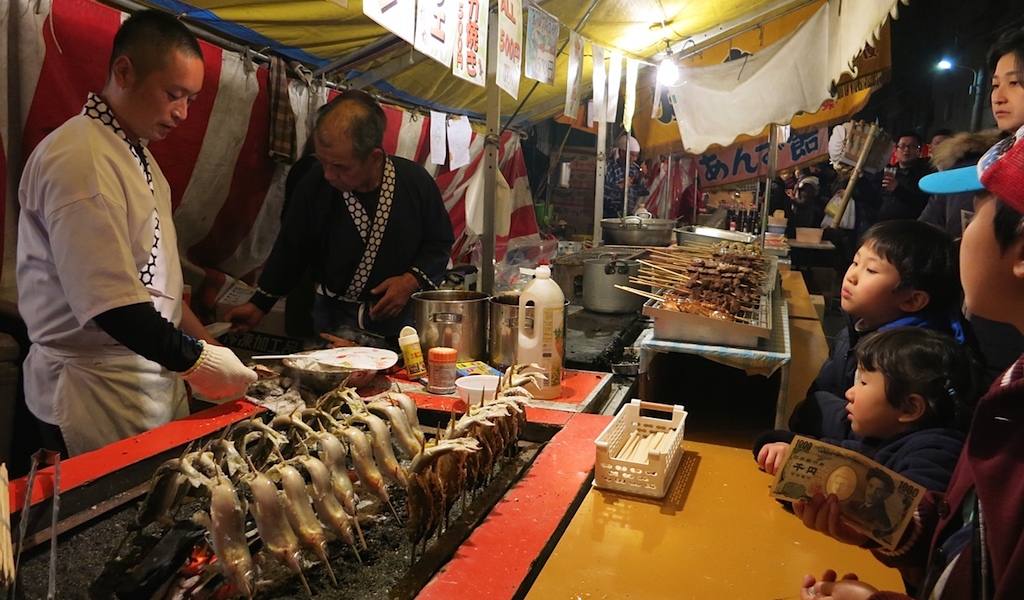 After the merriment of sakura cherry blossoms has faded, bringing with it the dreary Japanese rainy season, the hot, humid days of July and August follow shortly thereafter. When summer temperatures and the humidity reach a point of sticky and awful, Japanese people tend to change their diet so as to shake off natsubate, the physical fatigue of summer.

In a country where the main religion is nature-worshipping Shinto, most people practice the custom of shun: celebrating nature’s cycles and each season’s profusion of food. Loosely translated, “shun” means the height of nature’s abundance. Each of Japan’s fruits, vegetables and also animal proteins has its own shun, and in the essential and enduring wisdom of Japanese cuisine, that has influenced the preparation of Japanese food for thousands of years.

Japanese people believe that the life force is optimum and that enzymes in the tissues are at their height at shun, thus more nourishing. For example, shun for spinach is winter, when it absorbs precious sunlight and stores its energy in its leaves, providing extra nutrients for humans who do not get enough daylight. Shun for watermelon is summer, when it grows easily and contains almost 90 percent water, which is needed by the human body in hot weather. Watermelon is frequently served for dessert after perhaps a meal of simple fish. 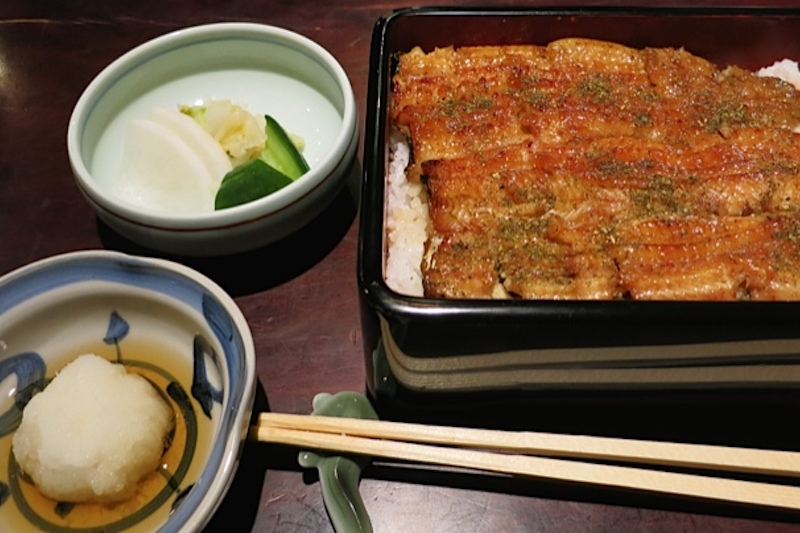 The complement to shun is shiki no shi aji, translated as “the taste of the seasons.” Certain foods and tastes fit the weather in Japan, and people tend to automatically crave what the body will need to stay healthy. Autumn is pungent and spicy in order to stimulate the appetite so that one eats enough for the coming colder weather. Winter requires fatty foods for extra calories to burn in staying warm. Spring brings bitter sansai vegetables that flush the system of toxins and break down stored fat. In summer, when temperatures soar and the body sweats a lot, sour foods made with vinegar hit the spot. Eating vinegared foods in summer stimulates the saliva glands, cools down the body with improved circulation and increases the body’s absorption of minerals. Noodles are eaten cold, often with vinegar added to the broth. Fish is vinegared in salads. Wakame seaweed is mixed with refreshing cucumbers for a cooling vinegared sunomono.

In summer, when temperatures soar and the body sweats a lot, sour foods made with vinegar hit the spot.

A great way to shake off the sleepless, appetite-reducing effects of natsubate fatigue is an impromptu meal alfresco in one of Tokyo’s lovely public parks. One of the summer’s pleasures is to snag a bento at a depachika (department store food hall) or conbini (convenience store) and stake out a shady spot in Yoyogi Park, where people-watching is almost a sport. Revelers set up elaborate grilling apparatuses, karaoke machines and folding chairs to while the time away over food ported in to the park. Families arrive with packed tuppa containers of potato salada, fried chicken pieces, onigiri rice balls and cold beer. The most common fare is pre-cooked takeaway ranging from haute to happy meals. We often go to the Tokyu Food Show in Shibuya, where there is an enormous selection of prepared foods to take out, especially bento boxes – our favorite in summer is the unagi – and is also an easy walk to the park.

The great delicacy of summer is unagi, or eel. In Japan there is even a day dedicated to eating unagi called doyo no ushi no hi – it’s believed to be the hottest time of year. Supermarkets, restaurants, conbini, depachika and specialty restaurants create large displays for the special day. As natsubate sets in to people’s bodies, Japanese people believe eating anything that begins with “u” is healthy. Thus unagi as well as ume (plums) and udon (noodles) are fair game. 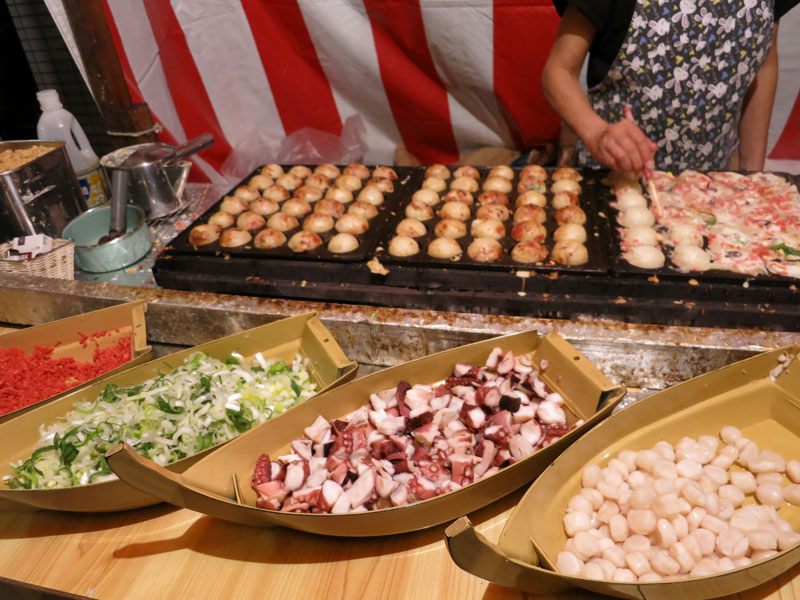 No matter where we consume summer’s favorite cuisine, there’s always lots of Japan’s amazing beer on tap. Rooftop beer halls are a given. Many are built on the tops of buildings so as to catch evening breezes. Craft beer is quickly gaining traction in Japan and Craft Beer Bar iBrew is a great place to sample beers from all parts of Japan at very reasonable prices. Its diminutive size makes it important to arrive early or late on a scorching summer evening. There is no shun for beer, but if it could have one it would be summer.

Summer brings many street festivals and provides the perfect occasion for a mega-sampling of Japanese “street food,” where shun disappears, seasonal tastes are forgotten, heavy fat and carb indulgence is the norm and beer flows freely. It’s the perfect place to load up on heaps of takoyaki (doughy fried octopus balls), pungent ayu (freshwater sea bream) roasted on sticks and various forms of yaki soba (fried noodles) before ending up with either a choco-banana on a stick or a mound of kakigori (shaved ice) splashed with sweet toppings.

This article was originally published on July 12, 2016. 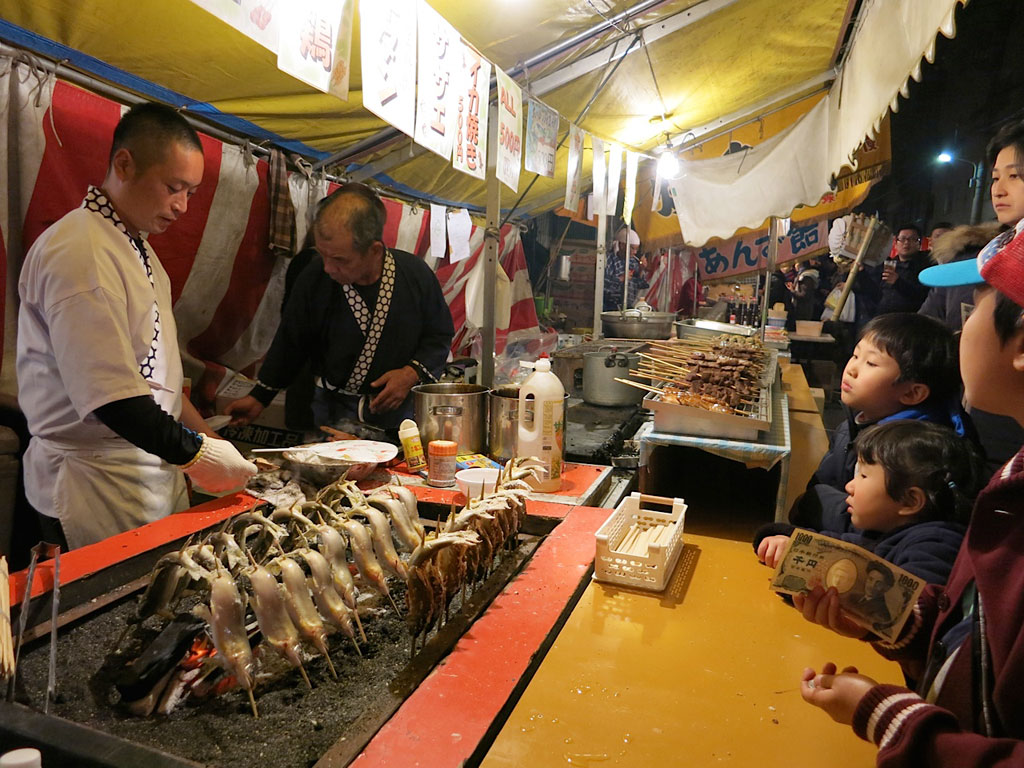 Join us on a hunt for the best of the season There will be unagi and much more.

Tokyo | By Fran Kuzui
By Fran Kuzui
Tokyo -- After the merriment of sakura cherry blossoms has faded, bringing with it the dreary Japanese rainy season, the hot, humid days of July and August follow shortly thereafter. When summer temperatures and the humidity reach a point of sticky and awful, Japanese people tend to change their diet so as to shake off…

Tokyo | By Fran Kuzui
By Fran Kuzui
Tokyo -- After the merriment of sakura cherry blossoms has faded, bringing with it the dreary Japanese rainy season, the hot, humid days of July and August follow shortly thereafter. When summer temperatures and the humidity reach a point of sticky and awful, Japanese people tend to change their diet so as to shake off… 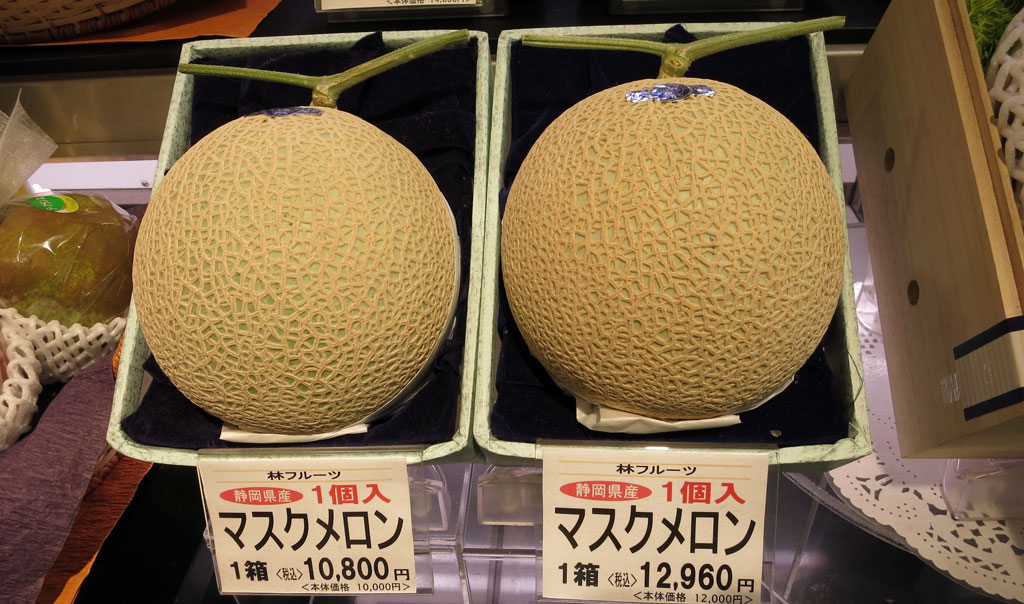 Dig deep into the depachika on our Tokyo tour!

Tokyo | By Fran Kuzui
By Fran Kuzui
Tokyo -- In Japan, there’s a different version of Newton’s third law of motion that applies to etiquette: for every act of kindness, there must be a similar and equal act, usually in the form of a gift. Japanese people are perpetually cognizant of the opportunities and appropriate moments for giving gifts and the many…