We spent our first few years in Georgia in a whirlwind of overindulgence, hostages to the unforgiving hospitality of friends and acquaintances. Try as they might to convince us that their wine and chacha were so “clean” we would not get hangovers, there were plenty of mornings when the insides of our skulls felt like 60-grain sandpaper and our tongues like welcome mats for packs of wet street mongrels.

We would hobble out of bed and stumble to the fridge and, if lucky, find two of Georgia’s most recognized hangover remedies: Borjomi mineral water and matzoni, Georgian yogurt. While Borjomi has the reputation of healing everything from gastric ulcers to impotency and colds and matzoni does soothe the grit away, everyone who has been there knows the only real cure for hangover is tripe soup.

Georgia’s tripe soup is called khashi. It is the quintessential ancient peasant dish, made from kitchen scraps the nobility wouldn’t touch until they learned of the dish’s magical powers. Unlike the Mexicans, whose menudo is a New Year’s Day tradition known to “raise the dead,” and the Poles, whose flaczki combats eyes that bleed vodka, Georgians like to preemptively attack the hangover and eat their khashi before crashing, which typically means around daybreak, when drunkenness is at its sloppiest.

In the old days, before President George W. Bush visited Georgia in 2005, there was one joint in the old neighborhood of Alvabari renowned for its khashi. It was a dark 24-hour cafeteria-like dump that smelled of tripe stock and bus stop urinals. Although it was meant to be the last stop before bedtime, many adventures would end up starting there at the crack of dawn. When the city razed the property, we were left with one alternative: a reputable corporate-owned restaurant with the sagacity both to serve a respectable khashi and to be open 24/7. 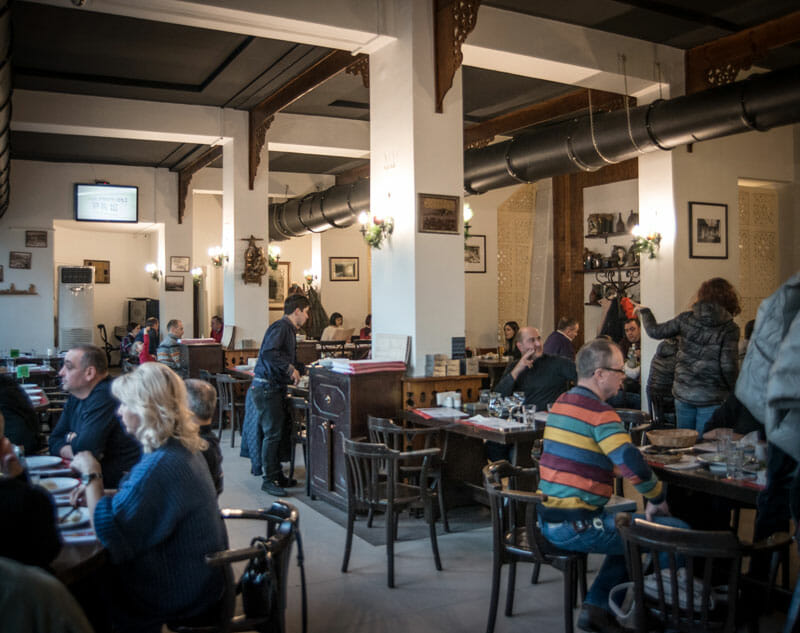 Maspindzelo, which means “the host,” is located in Abanotubani, the ancient sulfur bath district. Prior to the corporate takeover, the joint was known as “Nikola” and was Tbilisi’s best-loved sakhinkle (khinkali house). Although the huge aquariums are gone, the owners retained the tender violinist Vaza Chubinidze and have maintained the neat layout and pleasant, yet smoky atmosphere. They also continue to dish up some of the best khinkali in town, while the rest of the menu of traditional fare will not let you down. But we’re here to help shake last night’s demons out of our systems; it’s the restorative effects of stomach lining and the gelatinous cow’s foot in a milky broth we are after.

It’s two o’clock in the afternoon, rather late for what is customarily a breakfast dish. The paradox is that nobody in this city stirs before noon, holiday season or not. The waiter places the large bowls in front of us with a smirk. He knows the score. You don’t eat khashi for its ambrosial qualities, which is why it’s important that the cook gets it right. The Georgian recipe is a simple marriage of tripe, calf’s foot and milk – some add carrot and onion or bread – but the tripe must be well-soaked and rinsed and on the stove for up to six hours in order to remove any off flavor or aroma. If you’re blue at the gills from too much boozing, a stinky pot of soup is the last thing you want to eat. 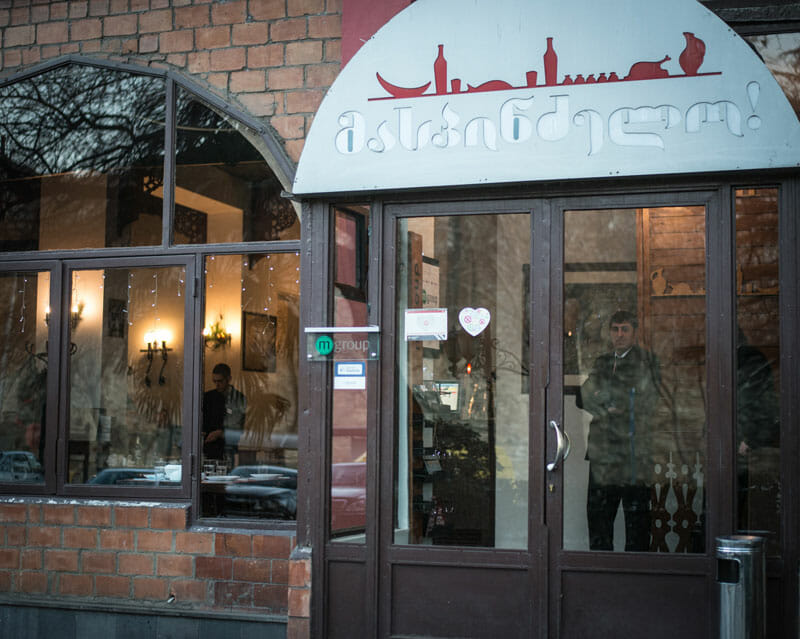 While tripe soup is a universal hangover remedy, Georgians believe it is also good for digestive problems and ulcers, and doctors supposedly prescribe it to help mend broken bones. That may be well and true, however, we are not here on doctor’s orders. We came because Maspindzelo knows how to make khashi. We add pinches of salt, three heaping spoons of garlic and stir. Then we silently slurp the curative broth from our spoons.

This article was originally published on January 9, 2017. 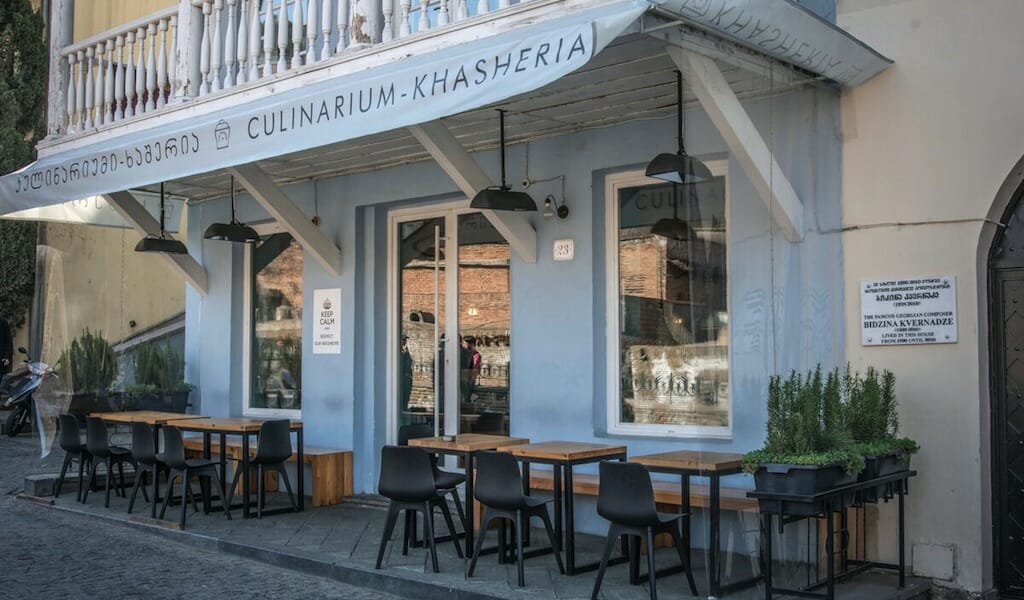 Tbilisi | By Paul Rimple
By Paul Rimple
TbilisiFor 2,000 years, people have flocked to the Abanotubani baths, whose hot sulfuric waters have long been fabled to possess magical healing qualities. The Persian king Agha Mohammad Khan soaked there in 1795, hoping to reverse the effects of the castration he suffered as a child. He dried off, found his conditioned unchanged and razed…