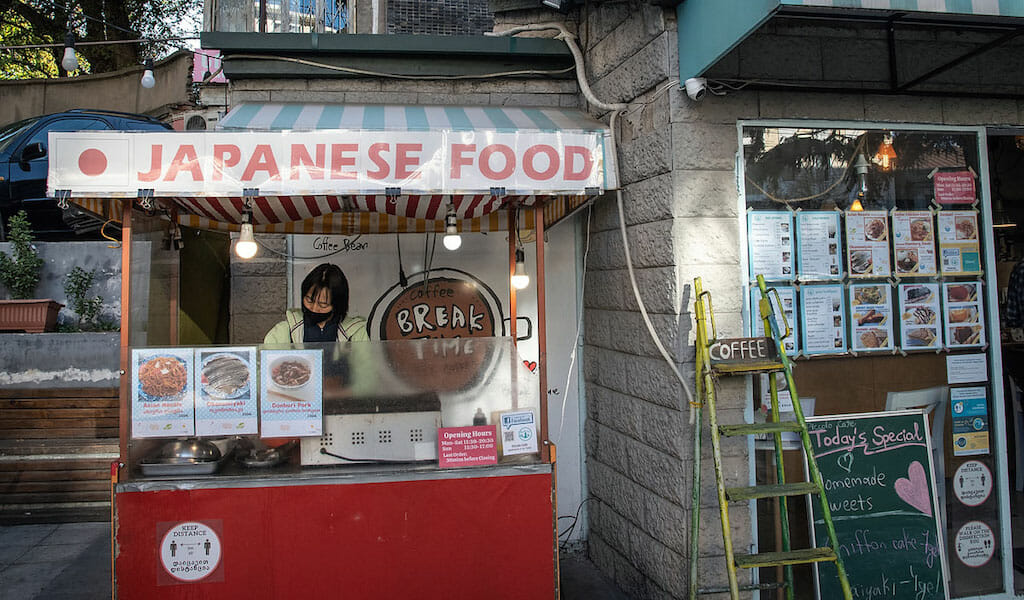 On the bottom of Janashia Street and Melikishvili Avenue in the lower Vera district, next to the staid Hotel Sakartvelo, there used to be an unremarkable joint, about the size of a matchbox and tucked into a cozy square, selling khachapuri and muddy coffee. It was the kind of place nobody missed when it closed, as we knew someone else would come along and open another uninspired khachapuri café, rinse and repeat.

An Iranian couple tried breaking the jinx by opening an Italian-inspired café named Piccolo, but they eventually closed. Last year Shinichiro (Shin) and Yukiko (Yuki) Ito took over the spot and kept the name, although they offered something Tbilisi had not yet seen – Japanese street food.

“My husband always wanted to open a Japanese restaurant,” Yuki, a native of Japan’s Gifu Prefecture, says. “We don’t want to live lives where we have to stare at the computer screen all day. Here, we work with people. We meet lots of people.” 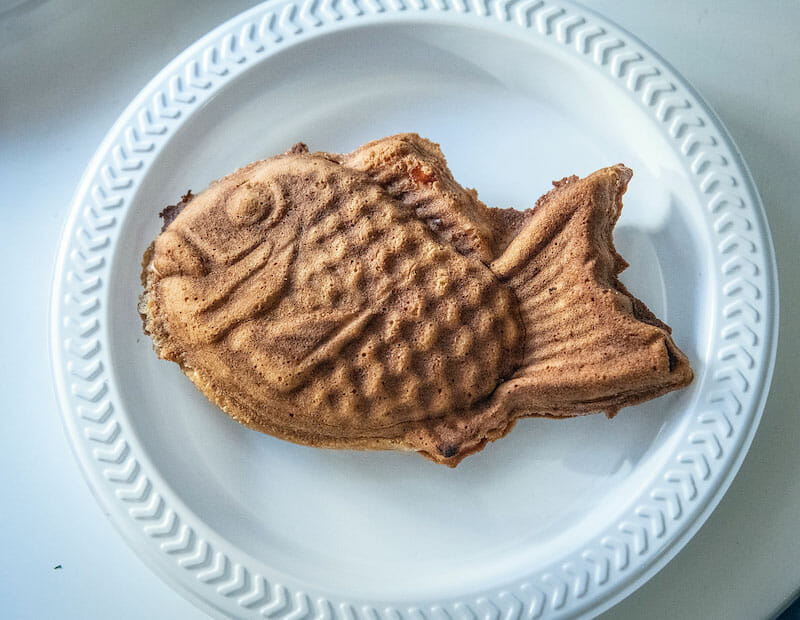 The restless, high-spirited couple lived in New York for a spell, working in the tech industry, and later returned to Japan, where they opened a gift shop on the side. But eventually they felt “too confined” in their home country; Shin, from Okinawa, had hopes of moving to Europe. While researching their options, he learned of Georgia’s liberal visa regulations and highly rated ease of doing business. Shin came for recon in January 2019 and was charmed by “the big three”: Georgia’s natural beauty, unique culinary traditions and hospitable people.

Considering the size of the café and the heavy foot traffic on Melikishvili, Shin thought it was a perfect location for a yatai, or street food stall. He found a local carpenter to build a Japanese style cart with a flat-top grill where most of the cooking is done.

“In Japan street food stalls are a yakuza [mob] business. Here, there are no yakuza,” Yuki, who is also the main cook, says while chuckling under her mask.

They want to turn as many people as possible on to Japanese food and show there is much more to the cuisine than sushi.

Sauces are made from local ingredients, as importing from Japan would increase the costs. We find 13-15 lari ($4-5) entree prices quite reasonable, although Yuki and Shin wish they could lower them even further. They want to turn as many people as possible on to Japanese food and show there is much more to the cuisine than sushi, which Georgians have come to embrace (even if what passes as “sushi” here is a travesty). After all, the closest ocean is thousands of kilometers away (the much closer Black Sea, roughly 300 kilometers from Tbilisi, doesn’t have a whole lot to offer in terms of fish that can be eaten raw).

“Some people come and ask, ‘Where’s the sushi?’ We could make fake sushi, but then how? We are Japanese,” Yuki tells us. 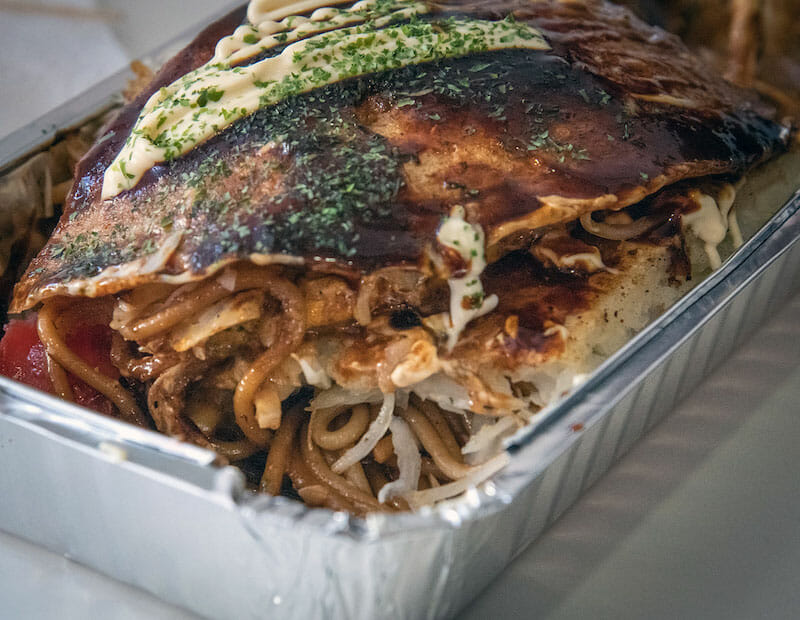 Their first year in business exceeded expectations, as 2019 saw a record number of tourists in Tbilisi and many found their way to Piccolo, East Asians in particular. It seemed like the hex on this particular location had been lifted – and then Covid-19 arrived. While the couple had hoped to expand, it’s now out of the question. The pandemic is rampaging across the country, closing borders and businesses.

Piccolo Cafe offers a bit of respite with several outdoor tables, but winter’s approach will be a major challenge for the Japanese entrepreneurs. To help pick up the slack, they have enlisted a local delivery service, where Piccolo is listed as “Jappon.”

Shin has other work to fall back on, but whether we’ll be eating okonomiyaki next year is anyone’s guess. “I don’t know if we’ll survive corona,” Yuki confesses. “As long as we have customers, we’ll stay.” 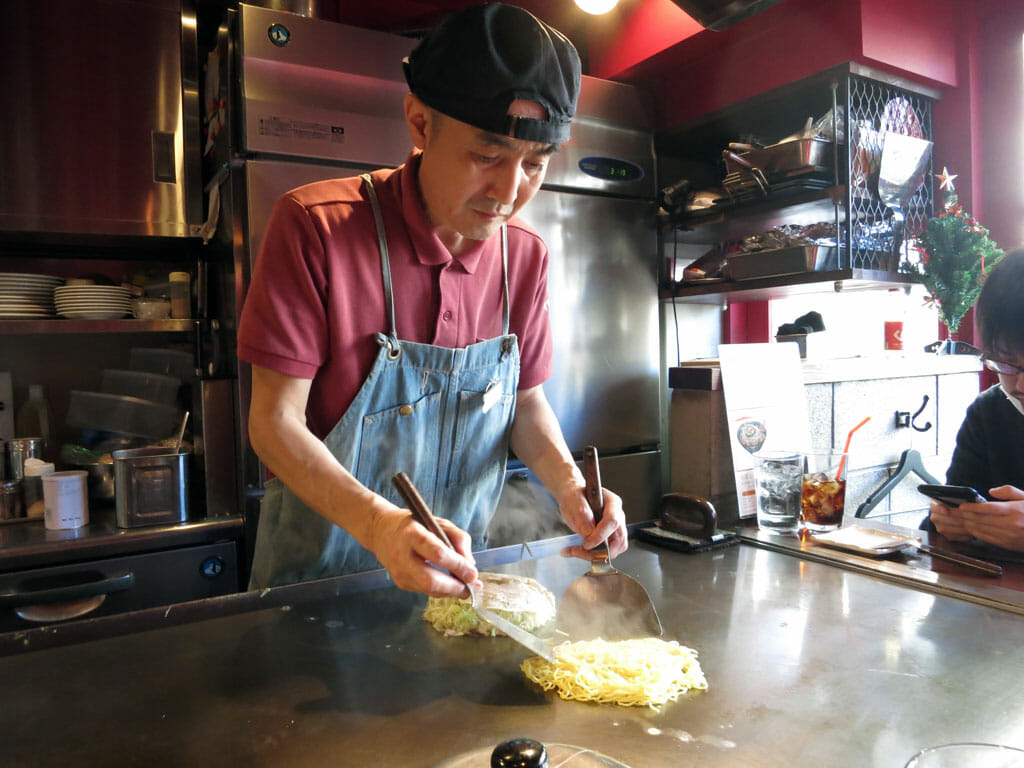 Tokyo | By Fran Kuzui
By Fran Kuzui
TokyoWhat is it that’s so dizzyingly addictive about okonomiyaki? It might be the interactive DIY nature of building your own meal and serving it up from a Japanese teppan grill. Perhaps it’s the communal feeling of sitting around with a beer or two and cooking together. However, most likely is the fact that it’s so… 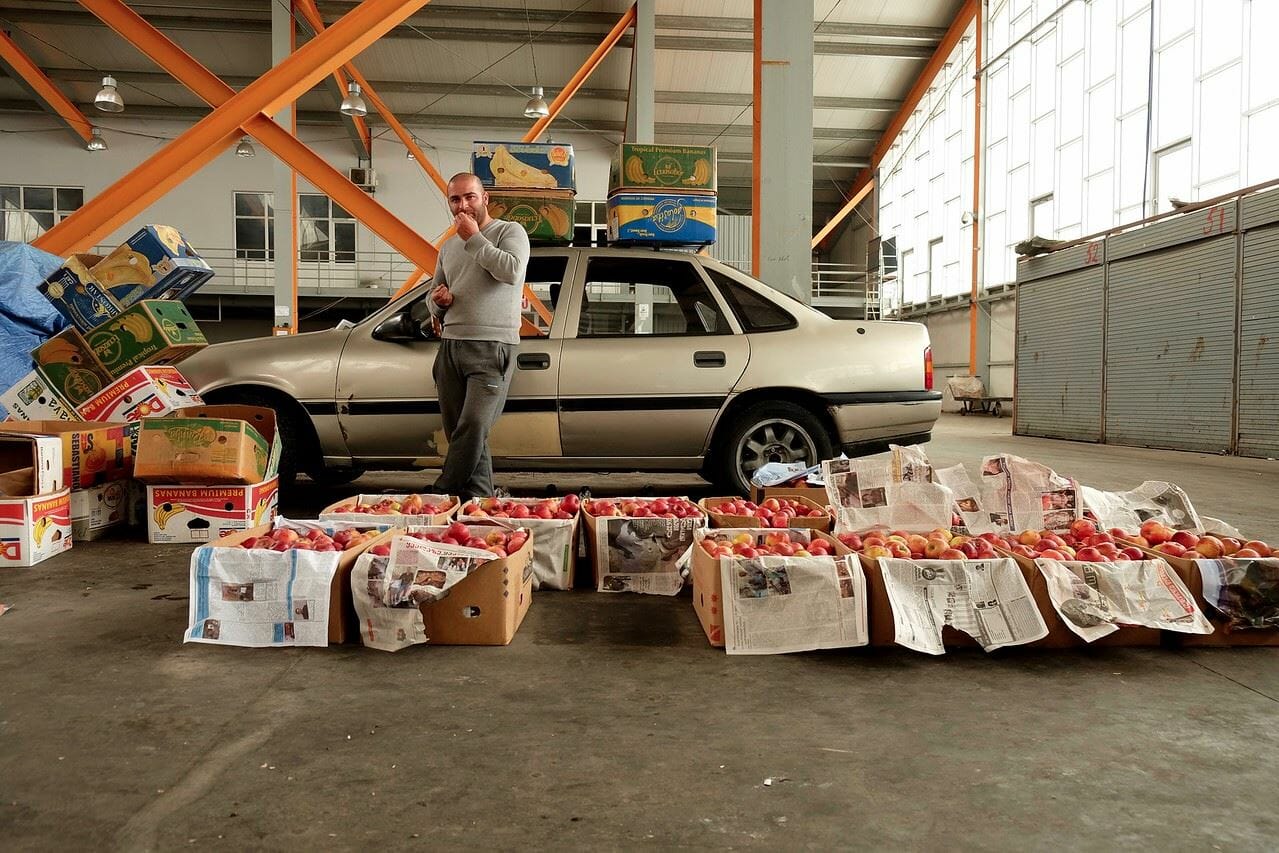 Tbilisi | By Paul Rimple
By Paul Rimple
TbilisiBoxes of apples about to be put for sale at a kiosk at Tbilisi's Deserter's Bazaar, which is packed with interesting and tasty wares and is the focal point of our walk in the city. (Photo courtesy of David Greenfield)
Piccolo Cafe
Petre Melikishvili St. 14
Tel. +995 557 73 09 89
Hours: Mon.-Sat. 11:30am-8:30pm; Sun. 11:30am-5pm (Note: They stop serving 30 minutes before closing)