It was our first Tbilisi summer stroll down the city’s main drag, Rustaveli Avenue; two sweaty, newly arrived pie-eyed tourists tripping on the 2001 reality. There were billboards advertising the recent kidnapping of a Lebanese businessman, policemen in crumpled gray uniforms extorting money from random motorists with a wag of their batons, and at the top of the street, a former luxury hotel looking like a vertical shanty was full of displaced Georgians from Abkhazia. Parched and cotton-mouthed, we entered a café of sorts for cool respite.

The room had high ceilings, was stark and all marble-tiled, including the long, wide bar. A splendid social-realism mosaic of women, grapes and wine was laid into the back wall. The counter was decorated with a few tin ashtrays and a spinning rack holding several tall cone-shaped beakers filled with technicolored syrups. A middle-aged matron in white cap and apron, who looked like she stepped out of an old black-and-white film, squirted a bit of syrup into a glass and topped it with fizzy water from a spigot on the rack. This old-school soda fountain felt like a living museum.

We didn’t know the carbonated drink called Lagidze Water had a history. We had tried some of the peculiar local soda pops here, universally called “limonati” or lemonade, and weren’t entirely impressed. The nuclear green tarragon drink was like a medicinal-tasting sugar bomb, and the muddy-colored pear was okay when we cut it with mineral water. But this stuff, with a distinct muted sweetness fresh from a stainless steel and crystal udder, must be what angels drink in an alcohol-free heaven. 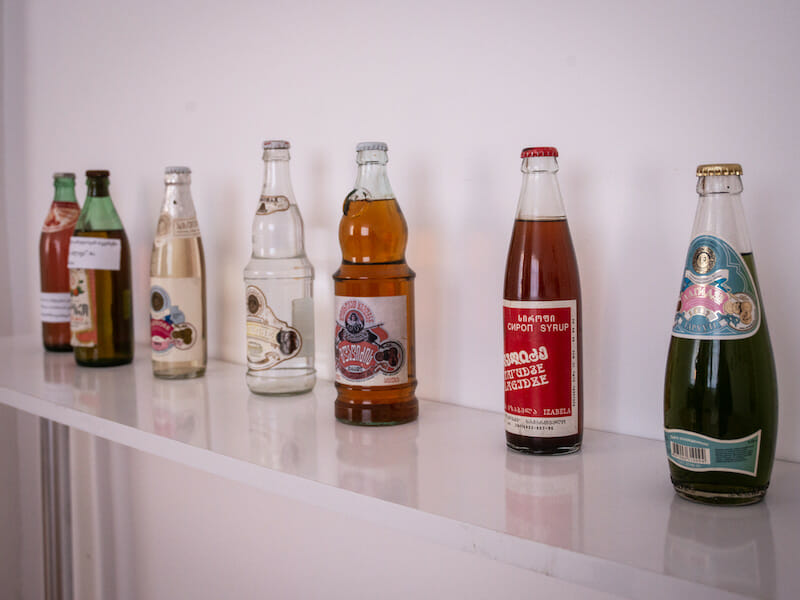 The story begins in 1887 when an industrious 23-year-old pharmacist named Mitrophane Lagidze developed a secret recipe for lemonade that eschewed fruit essences for truly natural ingredients. By 1900, he had established a factory in his native Kutaisi where he made syrups exclusively from local fruits and herbs specially selected by season and location. After traveling to France and Germany to learn about modern manufacturing techniques and technologies, Mitrophane moved to Tbilisi in 1906 and, with the help of his friends poet Akaki Tsereteli and writer Ilia Chavchavadze, opened the shop at 24 Rustaveli Avenue that we would enter some 100 years later.

Lagidze Water thrived during the Soviet period and was served at both the Tehran and Yalta conferences during the Second World War. Stalin appointed Mitrophane special consultant for “Glavfruktvoda,” part of the USSR’s Ministry of Food Industries, in charge of supervising the large scale production of non-alcoholic beverages. There is a story, apocryphal but oft-repeated in Georgia for obvious reasons, that U.S. President Harry Truman sent Joseph Stalin 1,000 bottles of Coca-Cola as a gift, and Stalin reciprocated with a shipment of Lagidze Water. Truman was supposedly so impressed that he requested it be imported to the U.S., but it remained behind the Iron Curtain.

This stuff, with a distinct muted sweetness fresh from a stainless steel and crystal udder, must be what angels drink in an alcohol-free heaven.

“Ask everywhere, Avoid counterfeit” was an early marketing slogan that took on special meaning in the 1990s, as law and order waned and the falsification of everything, including wine, mineral water and soda pop, was rampant. Today, the company bottles only small amounts for select restaurants (they mostly sell syrup and provide the soda-fountain technology to 60 or so cafés and restaurants around the city). Otherwise, very little has changed.

“We use the same methods and technology to this day,” asserts Tiko Lagidze, Mitrophane’s great-granddaughter and director of Lagidze Waters. We are sitting in her office in the Plekhanov factory that was established in 1927, after a fire destroyed the original. “The ingredients are absolutely natural, no chemicals,” she stresses. 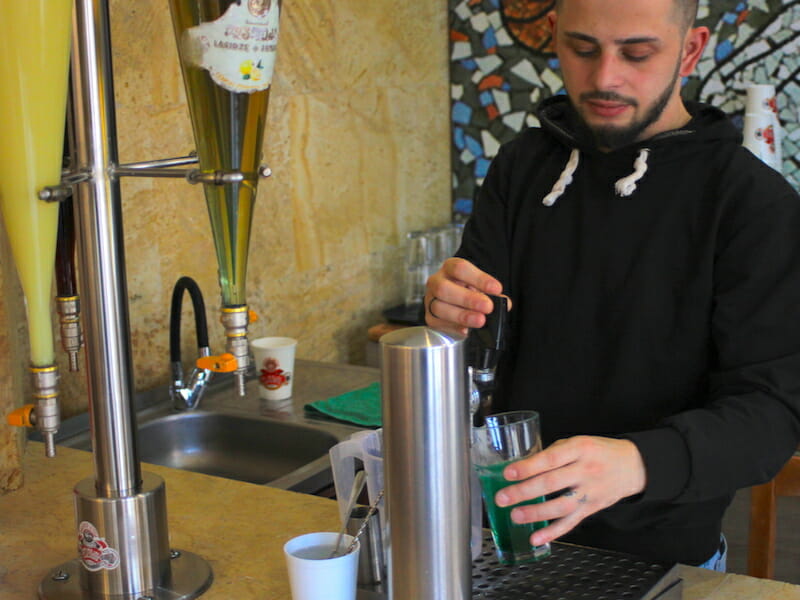 The fruits are still locally sourced, too. Apples and peaches come from Gori, cherries come from nearby Kaspi, grapes from Kakheti, roses from Lagodekhi, and berries from the Borjomi region. In November, lemons from Samegrelo arrive. Tarragon, chocolate, and cream are among the most popular flavors, while ginger, laurel, and coffee are perhaps the most exotic. It takes about a month to make the syrup.

“We could save money by changing the methods, but we don’t want to change what my great-grandfather has done,” Tiko explains.

In 2004, the state privatized many buildings on Rustaveli, including number 24. The family couldn’t afford to keep the property or convince the state to preserve it, although they continued to sell syrups with carbonated water throughout the city. In 2013, the Lagidze family re-opened their café in the Alvabari neighborhood, in front of Sameba Cathedral (two other cafés have since followed). There is no vintage aura, but the same delicious “water” is still served from the original crystal and stainless steel dispenser. You can buy the soda pop in a plastic bottle to go, but we prefer to dine in, ordering a khachapuri and washing it down with a blend of the chocolate and cream soda. 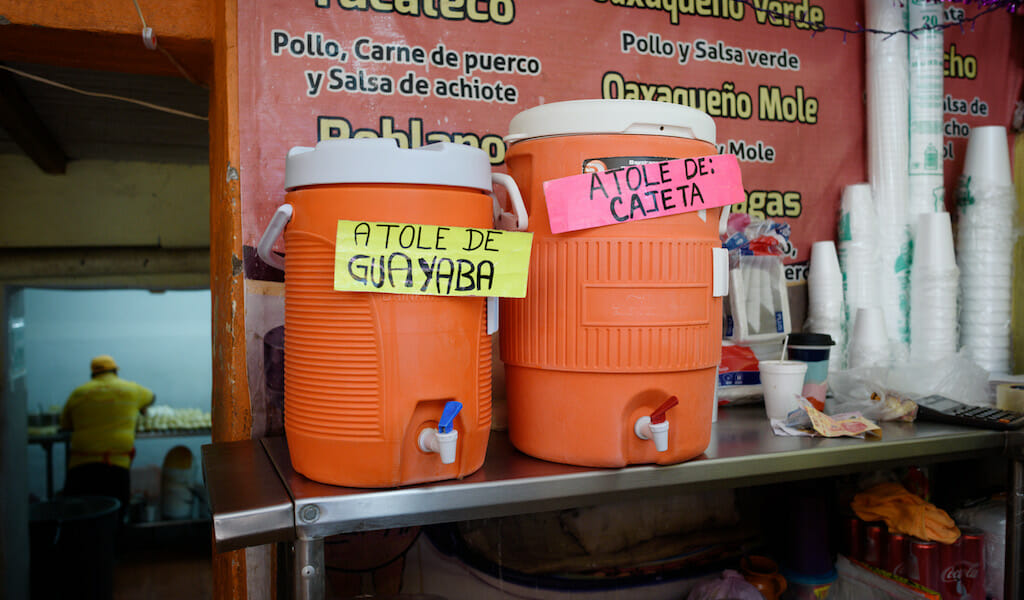 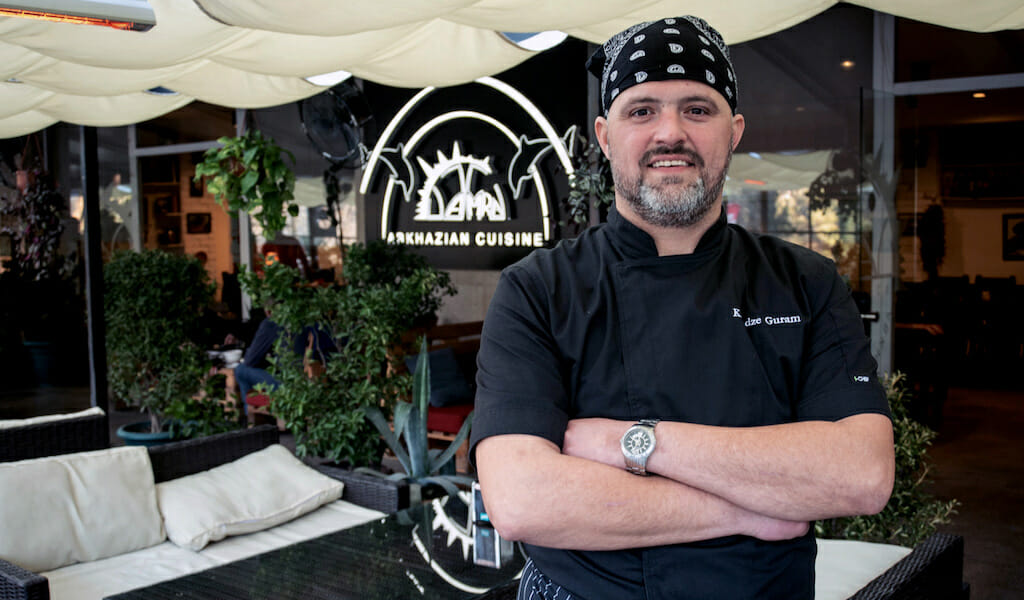 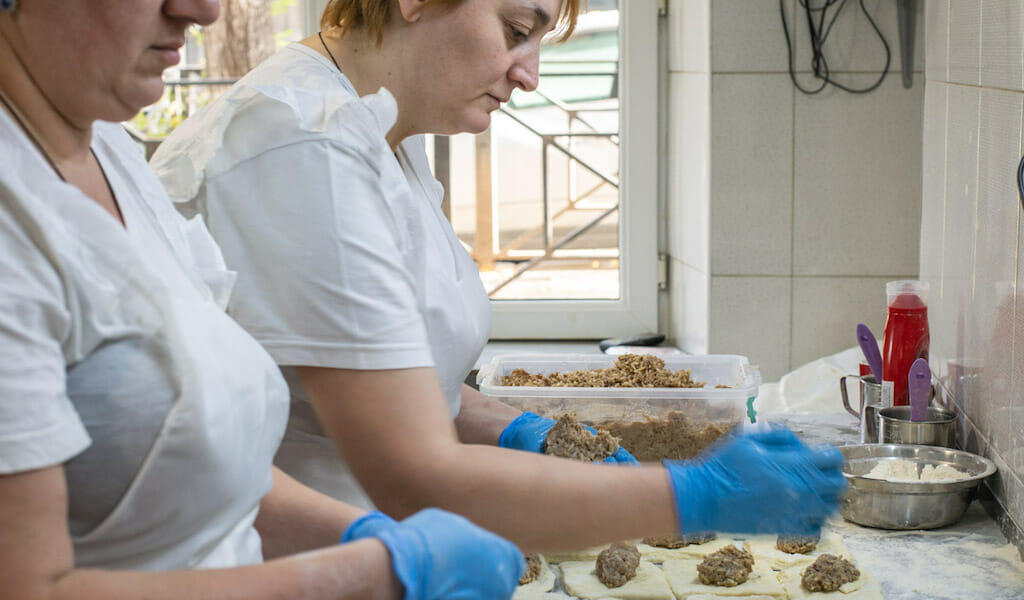 Tbilisi | By Paul Rimple
By Paul Rimple
TbilisiYou are motionless, stuck in a traffic jam after a long day at work while your stomach growls. You know the rest of the family will be hungry when you get home and that the fridge is empty and sad. Shopping and cooking is out of the question, so you turn onto a Vera side…
Lagidze Water