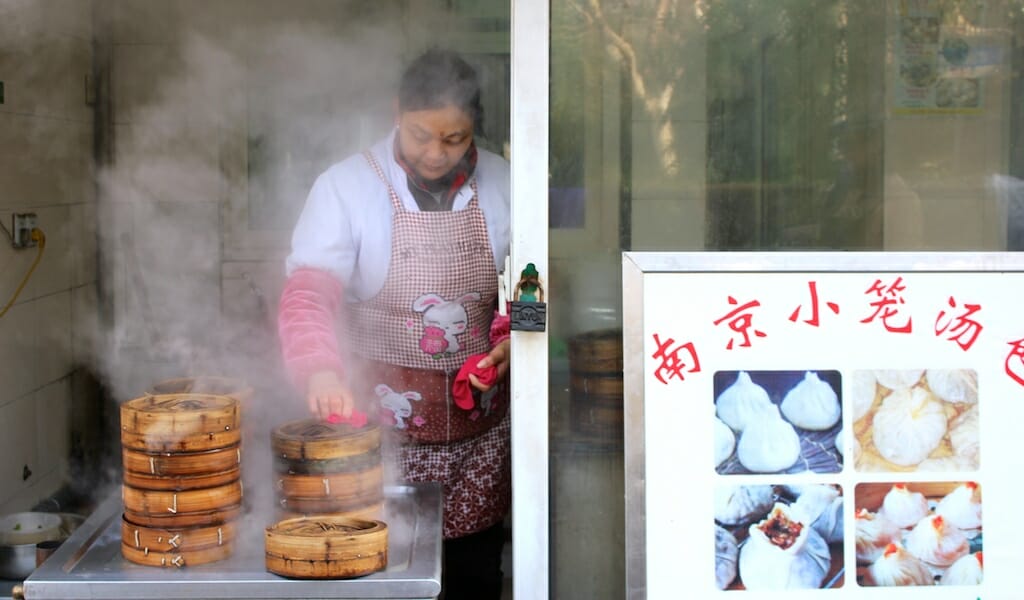 Any Shanghai denizen who has lived in the city for longer than a few months worships at the altar of xiǎolóngbāo (小笼包). These steamed buns of goodness – tiny pork dumplings with a slurp of soup wrapped up in a wonton wrapper – provide delicious fodder for debates among Shanghai’s fiercest foodies.

We all have our favorite joints and the truth about which one reigns supreme varies, depending on whether you prioritize the thickness of the skin or the quality of the soup inside. With XLBs (as those in the know call them), the dumpling isn’t bobbing in a bowl of hot soup; rather, the soup is contained neatly inside the delicate dumpling skin. This is attained through a nifty trick of including cooled pork jelly (okay, fat) in with the minced pork, which is then wrapped in a thin flour dumpling skin. Good XLB joints have enough turnover that dumplings are steamed fresh throughout the day. 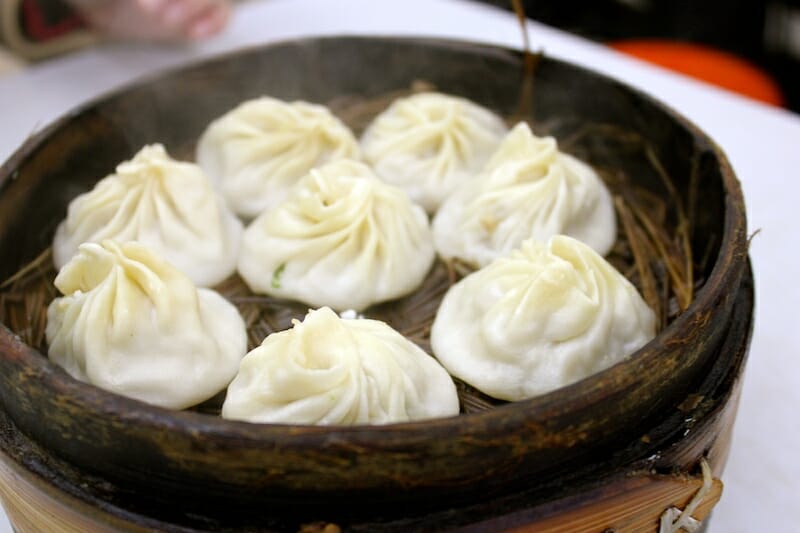 That being said, if anyone tells you the best soup dumplings in the city can be found at Taiwanese chain restaurant Din Tai Fung, give them a polite smile and then turn on your heels and run. Sure, these XLBs may win the day in Melbourne or even San Francisco, but why come to Shanghai, the home of the xiǎolóngbāo, to order your steamer baskets from a chain? No one suggests going to Rome and eating at Pizza Hut, however well the corporation may have localized their flavors to the Italian market.

We also avoid the historic Nanxiang restaurant in Yu Gardens – in our opinion, a tourist trap – at all costs. This perennial guidebook favorite is a branch of the original dumpling shop in the suburb of Nanxiang that invented the method for preparing XLBs, but they churn out so many dumplings in a day that the product is wildly inconsistent. In addition, their widely publicized historical connection has led to interminably long lines of hungry tourists who are all searching for a suitable seat to slurp down the dumplings.

In our humble opinion, there is no single winner of the great xiǎolóngbāo debate – and that’s not because we like riding the fence. There are two regional varieties of soup dumpling: Nanjing-style, which are actually called tāngbāo (汤包), literally meaning “soup bun,” and traditional Shanghainese xiǎolóngbāo. The latter boasts heartier wrappers that hold in a hearty pork meatball in a sweet soup, while Nanjing’s offerings have skin so thin it’s almost translucent, a more savory broth, and a smaller serving of pork. In this second category, we have a clear winner.

Enter Nanjing’s best import to Shanghai, the simply named Nanjing Soup Dumpling stall, which is consistently filled with hungry diners and even offers up a few small tables outside when weather permits. The well-worn steamer baskets are a testament to the popularity of the place. Try lingering a bit during rush hour and you may be politely asked to give up your seat to waiting customers. The dumplings’ delicate skin is so impossibly thin here that extracting the dumplings from the steamer often results in a few accidental skin piercings. With a spoon at the ready, you can hope to salvage some of the escaping broth, of which there will be a torrent. Staying true to form, the unctuous broth outweighs the meatball, almost sloshing around inside the lucent wrapper. This shop also serves up an impressive má là tang soup, with a fiery broth that has a base of over 20 traditional ingredients, stewed slowly to perfection in a giant wok. 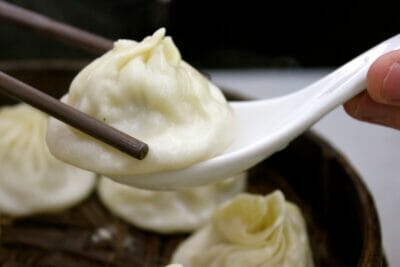 Whichever regional favorite of XLB you choose, the eating method is the same. Order a lóng (笼, steamer basket), which usually contains eight glorious dumplings. While it’s steaming ask for an order of ginger (生姜, shēngjiāng). Fill up a dipping dish of vinegar and plunk the slivers of ginger into the sauce to flavor it. When the basket of soup dumplings arrives, WAIT! If you bite right into one of these suckers, the soup will squirt out and can leave an unsightly burn on your face. Use your chopsticks to dip the XLB into the ginger-vinegar sauce, then place the dumpling in your soup spoon. This is in case the skin splits – you don’t want to lose any of the precious soup.

Gently take a bite out of the top (or the side) and let the steam escape. Then carefully suck out the succulent juice of the tāngbāo. A second dip into the sauce, after you’ve drained the melted pork fat, wouldn’t hurt. Cue the swan song and pop the tāngbāo in your mouth whole. Savor. Repeat.

This article was originally published on August 17, 2012, and included Fu Chun (and its xiǎolóngbāo). Fu Chun sadly closed in 2021. 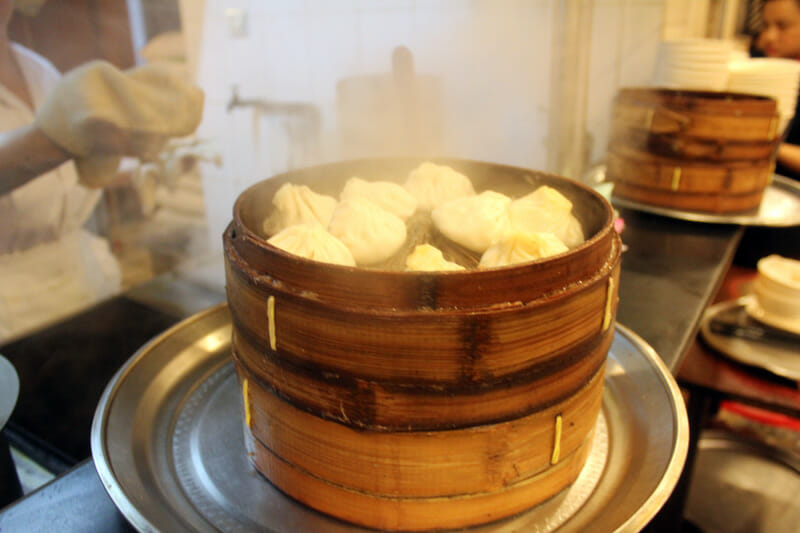 Shanghai | By Jamie Barys and Kyle Long
By Jamie Barys and Kyle Long
ShanghaiAny Shanghai denizen who has lived in the city for longer than a few months worships at the altar of xiǎolóngbāo (小笼包). These steamed buns of goodness – tiny pork dumplings with a slurp of soup wrapped up in a wonton wrapper – provide delicious fodder for debates among Shanghai’s fiercest foodies. We all have…