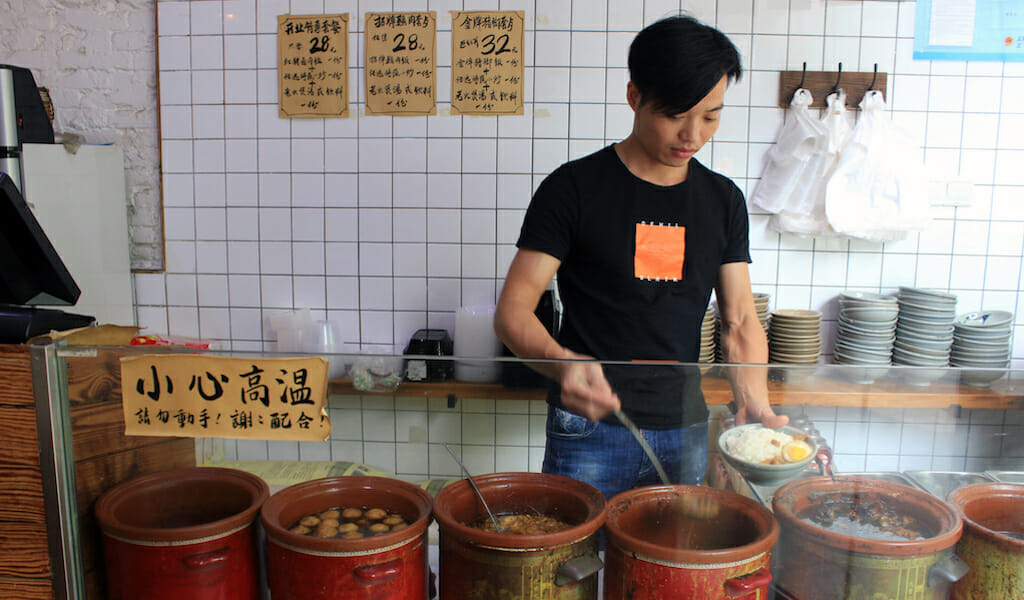 Shanghai usually opts for trendy over traditional, and 2018 was no different. Dining and drinking “hotspots” tended to appear in the slew of newly-opened ultra-lux five-star hotels, including the Middle House, Edition, Sukkothai and BVLGARI hotels, to name just a few. In the everyday budget range, we’re still seeing mom-and-pop shops struggle to survive the tight real estate market and licensing battles with city officials.

With yet another western-style bakery opening up and replacing our neighborhood Hunan joint, we’re left hoping that maybe 2018 was also the year of “peak” bread and coffee. It seems that trendy coffee shops are taking over any slice of open real estate. The silver lining: with drinks in focus, there is an even greater range of delicious tea stalls to be found, with a dizzying array of ingredients and ever-changing trends. This year even Starbucks is trying to cash in on the cheese foam drinks craze by incorporating it into their holiday drinks line.

Last January, the Shanghai government began demolishing in earnest the Laoximen neighborhood. This meant we had to relocate our entire Night Eats walk, which had been based in the area for over seven years. We were gutted to say goodbye to our vendors, but there was a silver lining: we discovered Jiu Kuan Ningbo Restaurant, a local family-run hole in the wall, when scouting out the new route. The city of Ningbo falls under the Jiangnan umbrella of Chinese cuisine (as does Shanghai), which includes pure and light flavors plus lots of seafood. But Ningbo cuisine is underrepresented in the city, and even after living here for 11 years, we discovered dishes we’d never tried before like 苔条黄鱼 (tái tiáo huángyú – fried yellow croaker with a type of green algae sometimes called grass kelp) and 煎笋脯干贝炒虾仁 (Jiān sǔn pú gānbèi chǎo xiā – fried bamboo with chunks of gingko nuts, dried scallops, plump shrimp and duck breast ham). Now it’s a fan favorite stop on our new Night Eats route.

One of the few places left in the Laoximen neighborhood, A Xin is still holding strong, despite the fact the building with which it shared a connecting wall was bulldozed in October. With a humble 14-noodle dish menu hung on the wall and a prep room across the lane filled with ayis dedicated to de-shelling hairy crabs, the Shanghainese couple who run this spot do pure hairy crab meat and roe noodles (蟹粉面 – Xièfěn miàn) like nobody else. We visited this place several times during hairy crab season this year, knowing it probably won’t be around during the fall of next year when the crustaceans are at peak deliciousness, and added it to our seasonal Hairy Crab Feast tour to make sure it got as much love as it could before it goes the way of the rest of Laoximen. In anticipation of the inevitable closing, the Xins have also opened a popular indoor location that their son runs on a street safe from demolition (for now) a couple subway stops away.

Izakayas are all the rage in Shanghai – there’s even a Korean-inspired one that books out for the whole month in two short days – but our favorite is Oha. Just don’t expect Japanese ingredients on the menu; the small plates serve Guizhou and other regional Chinese flavors designed to pair perfectly with bottled craft cocktails from Bar No 3 (who also own the joint) and one of the city’s best natural wine lists. They also serve excellent coffee to the neighboring office blocks in the morning. It’s the new China, and it’s delicious. 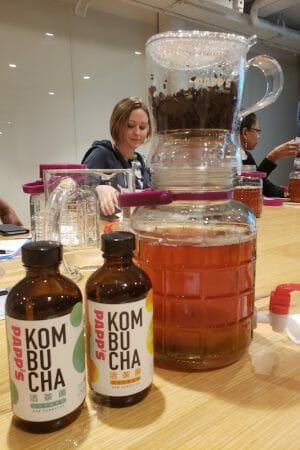 The most ‘interactively delicious’ bite we had this year took place at a Papp’s DIY kombucha workshop. The Beijing brand is attempting to revive and re-educate the public on the health benefits of this ancient Chinese drink, one bottle or classroom at a time. Kombucha is said to have originated in northeast China around 220 BC, and was celebrated even then for its purported health benefits. The slightly alcoholic, fizzy, fermented tea-based drink contains probiotics and active cultures that aid digestion and increase gut bacteria diversity (that’s a good thing). Although it’s been trending around the world for the last decade, it’s still relatively unknown here in its ancestral home.

We love Papp’s jazzy ginger kombucha, which is brewed with black tea and dried ginger, goji berries, dried lemon and osmanthus. Mint Oolong is another popular pick for a refreshingly fizzy dose of probiotics. Papp’s already supplies loose-leaf tea to many of the city’s top restaurants, but to push their kombucha line, they’ll even customize flavors based on your personal preference with their “prime” subscription service if you commit to a monthly kombucha membership. (Visit their website to learn more or contact them on Wechat at PappsTea.)

Our final best bite is also our most frequent bite, given the proximity to our office. Especially popular at lunchtime, the small shop strikes the perfect balance of cheap, fast and delicious. After moving from the southern Chinese city of Xiamen (just a few kilometers offshore from Jinmen Island, a Taiwanese territory), Mr. Huang decided to open a Taiwanese braised pork rice bowl shop based on his grandfather’s recipes, which he says have been passed down in the family for generations.

Mr. Huang’s localized braised pork belly version of the ubiquitous Taiwanese dish (台湾卤肉饭 Táiwān lǔ ròu fàn) gives off more sauce to douse your rice and feels more decadent than the original, thanks to the small bits of fatty pork belly that punctuate each bite. For a slightly more relaxed best bite experience, try to avoid the noon hour – any other time and you’ll have a relaxed (almost) Taiwanese experience to savor.